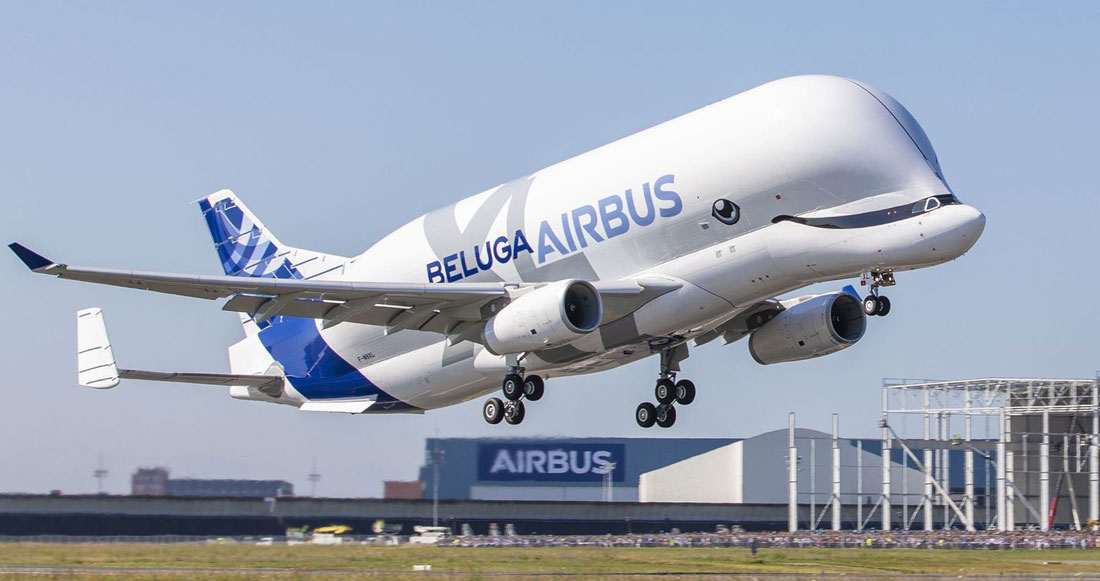 Except for when you toss a juicy rasher of bacon, pigs don’t fly. Unfortunately for aesthetically conscious travellers, the same can’t be said for planes that look like whales. And you can cite large fries, double d’s, elastic-waisted sweatpants and wide-screen plasma’s until you’re blue in the face: big isn’t always better.

This is the unfortunate reality Airbus forgot when designing the Beluga XL aircraft, nicknamed the “whale in the sky”, which took off from Toulouse Airport in France yesterday for its maiden flight. Despite the applause of the 10,000 people (mostly Airbus employees and subcontractors) there to watch, the Twitterverse has not reacted kindly to the plane’s whale-like shape, which the European airline have tried to embrace by painting a mouth and eyes on the side of the nose.

Words can’t describe how ugly the Airbus Beluga really is.

As reported by News.com, “The plane has been designed to move oversized aircraft components and has an extra 30 per cent capacity on the current Beluga planes that it will replace.” This means the plane is six metres longer and a metre wider than its predeccessor, enabling it to carry two A350 XWB plane wings instead of one.

The plane, which weighs 125 tonnes, “Can also carry up to 53 tonnes in the hold for a distance of more than 4,000 kilometres” (News.com). To power it, there are two expertly designed Rolls-Royce Trent 700 Turbofan engines, both with a thrust of 316 kN.

According to News.com, “The Beluga XL program was launched in November 2014, with this oversized transporter to be used for carrying complete sections of Airbus aircraft from different production sites around Europe to the final assembly lines in Toulouse, France and Hamburg, Germany.”

If their pun-filled tweets are anything to go by, Airbus couldn’t give two planktons about the criticism of the new design—and are having fun. So much so, in fact, that they plan to introduce five more aquatic beasts to the sky in the future.

RELATED: You’re Not Getting Fatter, Airline Toilets Are Getting Smaller