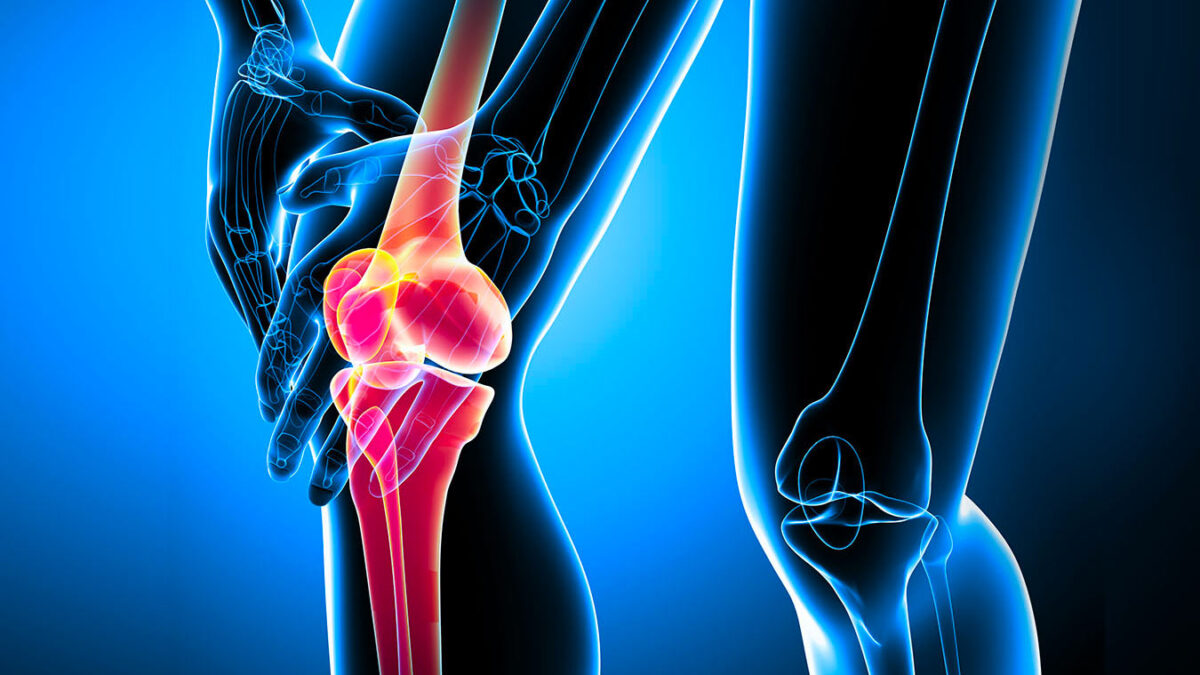 Anyone who has sustained a serious knee injury knows the road to recovery can be as long as it is frustrating. And it’s a character building (or destroying) experience not limited to weekend warriors; many professional athletes—from NFL’s Tom Brady and soccer’s Zlatan Ibrahimovic, to surfing’s Tom Carroll—have undergone knee reconstruction surgery after rupturing their ACL (anterior cruciate ligament).

Although medicine has come on drastically since the 80’s and 90’s, when doing your ACL was a career-ending injury, a team of microbiologists from central Queensland reckon there’s still significant room for improvement.

As reported by the ABC, “Pardraig Strappe and a small team of researchers at CQ University have been working to perfect a process that extracts valuable growth factors from the cartilage of crocodiles and removes proteins that trigger an immune response in humans.”

This gives them a soupy kind of glue that might be able to transform human adult stem cells into cartilage—a sought after resource and a big challenge among elderly populations (and people who’ve had knee operations in which they had damaged cartilage trimmed away).

“Crocodiles could hold the key to turning human stem cells into cartilage for the treatment of joint injuries and arthritis,” (ABC).

The scientists told the ABC, “After the croc cartilage ‘soup’ is added to the adult stem cells, a 3D printer is used to bio-print cartilage explants that could eventually be injected or implanted into damaged human joints.”

“If you have a traumatic injury to the articulating joint, particularly the knee, you are left with a crack or a fissure and that doesn’t have an endogenous repair system because cartilage doesn’t have a blood supply,” Dr Strappe told the ABC.

These patients are left with a hole that needs to be filled in, which is where the 3D printing comes in. “With 3D printing,” he said, “We can mimic that hole or that gap so potentially the orthopaedic surgeon could fill in that gap with a little cartilage explant to repair the joint.”

They said it was over. I said NO

A post shared by Zlatan Ibrahimović (@iamzlatanibrahimovic) on Aug 2, 2018 at 3:10pm PDT

Although it requires further testing, this promising technology could be a significant improvement on previous research, potentially even replacing the arthroscopy treatment that many cartilage-injury patients currently undergo.

Although crocodile cartilage is unlikely to change the career stalling nature of an ACL injury (a recent investigation showed that despite no longer being a career killer, world class athletes with reconstructed knees in sports that require high speed cutting are rarely as good as they were before), it might be good news for weekend warriors who disobeyed their doctors orders and have ended up with arthritis.

The only problem? It might be a few years before the technology is available (and proven to work) on the general public. Until then people with dodgy knees would be well advised to follow the Tom Carroll approach—optimism, gratitude and attention to detail.

“We” do this stuff…not “I”. Had the go ahead from the doc to ride small waves in a straight line (😜) last Monday 15 weeks after TKR. Walked into my garage scanned the collection and paused…”which one speaks the loudest right now?” I thought. My down sized 7’0″ @rawsonsurfboard Pipe replica put up its hand🤙🏼 Immense gratitude can’t be purchased over the counter nor online nor (surprisingly) briefly grasped on Instagram. But I can show it here🙏🏼 @in.love.with.the.sea ❤for your unconditional love always❤ @collaroypete for the same❤ Brother Nick @ncarrollsurf and all those who came visited during those perplexing 10days in hospital @_mimicarroll @grace.carroll @lucy_carroll ❤@chris_athas @hookys096 our 93yr old Father Victor Joseph, Lindsay Lyon @shark_shield – apologies there are some I have forgotten I am sure. My medical support team Dr David Parker, your fine assistant Chloe. The Mater Hospital Physio team and of course @kieseraustralia Tim Dettmann and team Jess, Owen and Jake💫just pure gold!! #AlanSarlo for helping over the line and giving boosts of confidence from way back before decision time🌟 Also on the longer term note re physical training @jchapman24 who knows this sinew and spark inside out pre and post TKR🤙🏼 @andrewmarshmeditation for guidance within – the most precious kind🙏🏼 This was only the introduction to action. Still slowly as she goes and taking @markrichardssurfboards very sensible advice with an open mind – “what I do Tom is when the doctor says it’s time now to surf, I take two extra weeks to avoid any nasty ramifications later on” Holy Crap I said to my self😜💯🚀 @surfmastery Mike Frampton for passing on your incredible mind and observations to offer deeper understanding outside the current square🗝 Oh yeah @kryptsurf how can I ever forget🎶🐢🌊the journey continues🚀

RELATED: Scientists May Have Found A Way To Preserve Your Memories After Death