Dangerous Things You Should Never Ever Say To Your Girlfriend

“Your muffin top is making me hungry.” 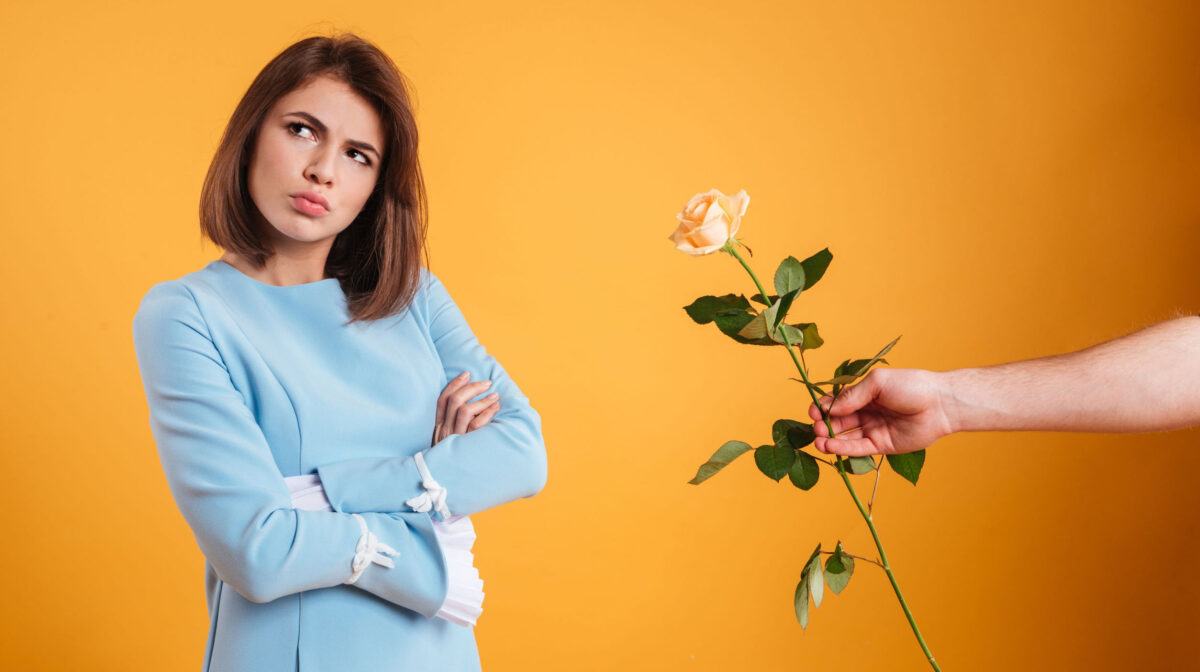 If we could share with you the amount of monumental screw ups we’ve made during our dating lives, you would be entertained for hours. And you could probably write a disaster novel about it.

Based on these idiotic experiences which have helped shape us to become the respectful and dashing men that we are today, these are the dangerous things you should never ever say to your dearly beloved unless you have a death wish.

Commenting About Her Size

“You are tubby”, “looking plump there…”, “you’re very portly today” or anything else in that same vein is a common big no-no. Like the airspace over Iran, commenting on a female’s weight is a relationship no-fly zone. It may sound obvious…but apparently not considering the stories we’re still hearing. The weight debate should never be entered – period. Calling her ‘plump’ in an effort to not call her fat never works and she’s likely to never forgive or forget. Learn the meaning of the words you’re about to use to avoid imminent death. And no, telling her there’s more to hug doesn’t make it better. Dig up, stupid.

It recently dawned on us that ‘fine’ is probably the worst way for a man to describe how his girlfriend looks. And trust me, women never want to be told they look just ‘fine’. It’s like if she told you your penis looked fine – you know something’s up…and it’s definitely not your junk. Riding a bike on a sunny day is fine and their grandmothers soap on a rope is also fine. If they  put in the effort so should you. Pick words that are a little more dynamic and you’ll make her day.

Mentioning That One Of Her Friends Is Attractive

You might be speaking the truth but your girlfriend does not want to know you think her friends are better looking than she is. Say this and expect said friend to go bye-bye along with your brownie points. Thankfully for me, my best friend is a gap toothed weasel, so there’s no chance of my girlfriend running off with him.

Telling Her You Don’t Like Her Friends Or Parents

Nothing creates a healthy bit of unbearable tension like telling your girlfriend that you think her friends all suck. It’s a high possibility that they do suck and will continue to do so, however it should never be said. Instead, try to resolve it like an adult and if it gets dire, find another girlfriend who’s doesn’t choose the village idiot as her bestie.

Get it through your cave man skull – this isn’t even your call to make. We’ve heard stories from guys who love the idea of changing girlfriends like “second hand cars”. “Give them a tune up, a new coat of paint and she’ll be good to go”. Yikes. Suggesting to your better half that physical things need to change is best avoided. Boobs, lips, etc…just leave all that to their own influence. Or the Kardashian’s.

Saying Nothing At All

We learnt this one the hard way. As much as you think she only wants someone to listen to her, at some point your girlfriend will want to get some constructive feedback from you. Being mute will only make her want to gouge your eyes out. We recommend saying the right thing at the right time, however we’re yet to find out what that is…

A wise man once said that “there’s a man out there for every woman, but in your case that man is five cats”. If she’s got a love of cats, dogs, salamanders or any other critter, it’s best to not share your concern of their growing numbers. Simply run.

Just like when Homer Simpson thought back to his disorderly behaviour at the house party, your girlfriend will have a completely different picture of how she behaves when she’s drunk. Happy, funny and loved by all. We all know this is not the case, but if you would like to avoid WW3 then avoid telling her the truth. Or just tell her she’s more fun when she’s tipsy as opposed to off her face and passed out next to a wheelie bin.

Telling Her What She Can/Can’t Eat

Back on the chunky train we have the gentle guidance of telling her that she probably shouldn’t eat that. Even if she’s about to punch down a 4kg Toblerone chocolate or eat a block of brie cheese for dinner, it’s advised you don’t comment on her food consumption. It will only incur her wrath and make for an evening of playing the ‘guess why I’m angry game’. Let her eat what she wants then suggest going for a run with her the next day. Disaster averted.

RELATED: How To Successfully Ask Out The Girl Of Your Dreams