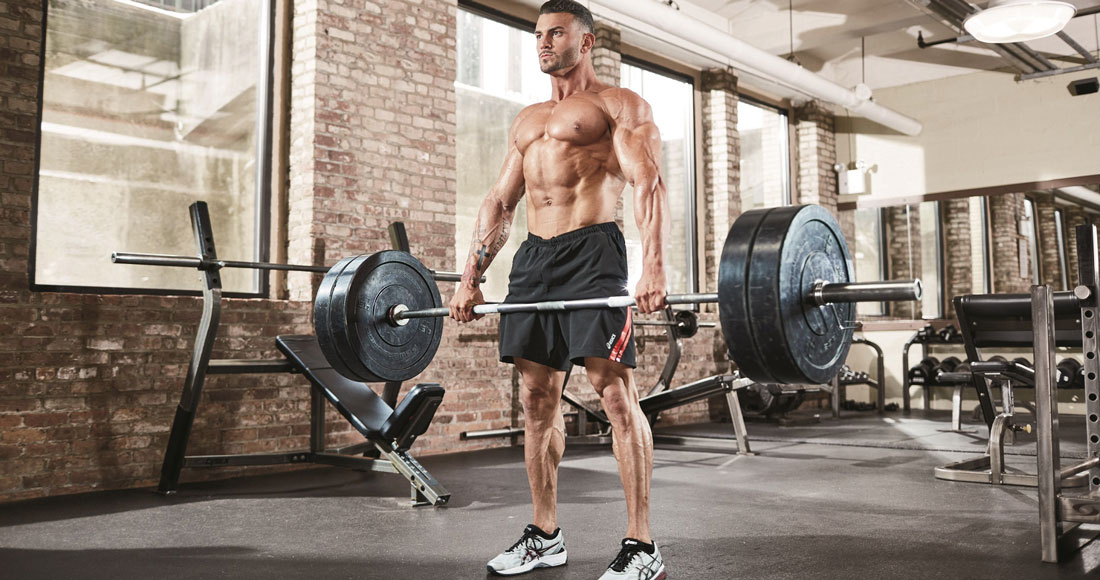 Do you even lift? Of course you do. Perhaps even to a point where your body gives out.

Gym addiction is a growing problem amongst men in today’s aesthetic-driven culture. A 2012 study highlighted that 0.5% of the world’s population suffered from it. It might not seem like much but given the current wave of excessive health trends sweeping the globe, that figure will no doubt have increased its footprint.

When pushing the limits at the other end of the fitness spectrum, it’s important to see the clear and dangerous signs that could point to exercise addiction. We spoke to the experts to identify the tell-tale signs and how to treat it.

How To Know You’re Addicted

Control freaks should pay attention now. There are very obvious signs that you’re addicted to lifting weights according to Dr. Clive Jones, who is a professor in sport and exercise psychology at Queensland’s Bond University.

“Getting anxiety when you’re not training is a big one,” he says.

“Agitation. Irritability. Feeling guilty. Not being able to have a break or seeing the importance of recovery is just the intrapersonal stuff. The interpersonal part is where it starts to affect your relationships; where spending time at the gym is more important than spending time with other people.”

Exercise becomes the most important activity in an addict’s life, completely dominating their thinking, emotions and behaviour

Exercise obsession creates conflict in addicts’ relationships as it begins to take priority over other work, family and personal obligations

Exercise addicts may respond to triggers by reverting back to the same patterns of activity, even after long periods of normalcy

When embarking on your regular fitness routine, look out for these key indicators mentioned. If you find yourself becoming overly obsessive with rigid workout routines, energy intake, calorie counting and weighing in multiple times a day then keep your head in check – it could be leading you down a very dangerous path.

Where females often associate traits of an ideal body image with anorexia, males tend to lean more towards body dysmorphia, a mental disorder which harbours the mindset that one’s own appearance is severely flawed and requires exceptional measures to improve it.

Case in point, excessive levels of fitness or bodybuilding to achieve the perfect physique. Dr. Jones explains that the psychological effects of this can often appear on a few levels.

“The addiction can be in relation to body image and sense of self. And so it can be symptomatic of low self esteem or not feeling comfortable with one’s self.”

“There’s also the addiction to the natural body chemicals that are produced in the context of training such as endorphins.”

“It’s a feel good chemical so it can be a good way to deal with stress. Exercise is good for mental health, it’s just when it becomes an addiction that it has detrimental implications.”

So what kind of damage can it do to your body?

What Gym Addiction Does To Your Body

Professor Aaron Coutts specialises in sport and exercise science at the University of Technology Sydney. He says that these endorphins are often known as the ‘happy hormones’ in which people can get addicted to early on.

Fitness addiction tends to affect those who embark more on endurance training but professor Coutts warns that gym addiction can also be a real possibility.

“It can happen if you gym extremely hard twice a day for everyday without recovery,” he explains.

More specifically this can happen with extreme resistance training or endurance training. There’s no set amount of time a person needs to spend in the gym before they’re deemed an addict though as it’s all relative.

“It’s not only the time spent in the gym, it’s the goals,” says Coutts.

“If somebody is competing towards an event, then there needs to be a certain amount of time committed to training for the event, otherwise you could end up hurting yourself.”

Unfortunately there’s no way to put an objective figure on the time frame.

“You’re going to have athletes training two times a day, morning and night at the pool, but they’re not addicted. But you can have someone training once a day for far less time and they’re showing signs of addiction.”

The take away message is simple enough though. Those most at risk of gym addiction are men who carry out large volumes of exercise without matching it with appropriate diet and recovery.

Professor Coutts outlines the effects on the body’s four key areas as:

How To Fix It

There’s no magic pill when it comes to preventing the onset of exercise addiction and overtraining. Professor Coutts does however note that the critical things are simple things in regards to treatment.

“If you’re low on carbs and you exercise a lot, you’ll have low energy and that will lead to poor performance and increased illness – and that is a mechanism for overtraining.”

Dr. Jones who specialises in sport psychology says that on a mental level, it’s always around modifying the thoughts and behaviours towards training.

“Curbing addiction starts with the behaviour,” he says.

“Stop and rest a few weeks to prove that you’re not addicted. When you’re going on holidays and looking for a place to stay, don’t chase up all the gyms around the local area. That’s a behavioural thing.”

On the emotional front, it’s all about training your mind to manage the stress in a positive manner.

“Having exercise is one way to deal with the stress but having other ways is just as important,” he says.

“The psychological thing is just making sure your sense of worth and value is not dependent on how good a six pack you’ve got.”

Know Your Own Goals

It’s also a good idea to be realistic about the body aspirations one looks up to in pursuit of their own fitness goals.

Competitive body builders who have balanced routines and are not addicted will have peak seasons and off seasons of training.

“This means they won’t have their body constantly trim and taunt,” says Jones.

“It’s unhealthy to have the body in the shape that’s portrayed in the media as a perfect body shape, it’s actually quite unhealthy.”

“What’s healthy about the body is in terms of biochemistry and heart function. Our perception of ‘healthy’ is something we need to reassess,” adds Jones.

The most satisfying way to test your levels of fitness anxiety?

“Rock out, enjoy an ice cream every now and then to prove to yourself that you’re not addicted.”

RELATED: You Need To Eat Like This If You Want To Look Healthy & Ripped