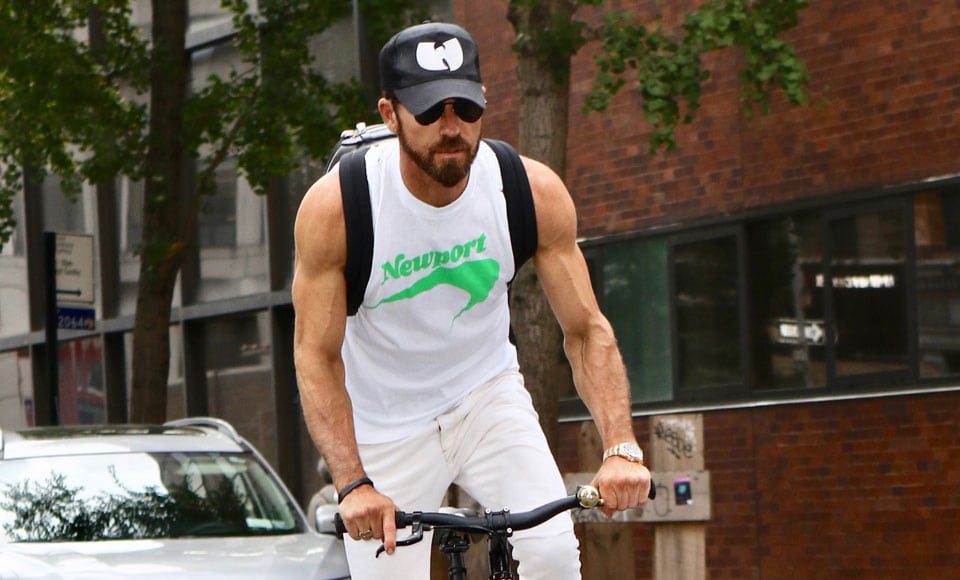 Call it first world problems. Call it an arms race. Call it an illegal gun show. The truth is that Justin Theroux is getting well swole and his vintage gold Rolex watch can no longer cope.

The American actor and one-time Jennifer Aniston husband was recently spotted rolling around New York City on his signature gold-plated bike. This time was different though. Theroux was rocking some seriously jacked arms in his casual summer get up which comprised of a sleeveless Newport shirt, fitted white denim, suede boots and a Wu-Tang trucker cap.

The star of the show though was his 1971 18K gold Rolex Oyster Perpetual Submariner Date taking in every bump and shock sent up those newly polished tree logs. The watch itself isn’t anything astronomical in the Rolex world – it retails in the region of $30,000 – $40,000 – but it is good to see someone wearing a Rolex as it’s meant to be worn. 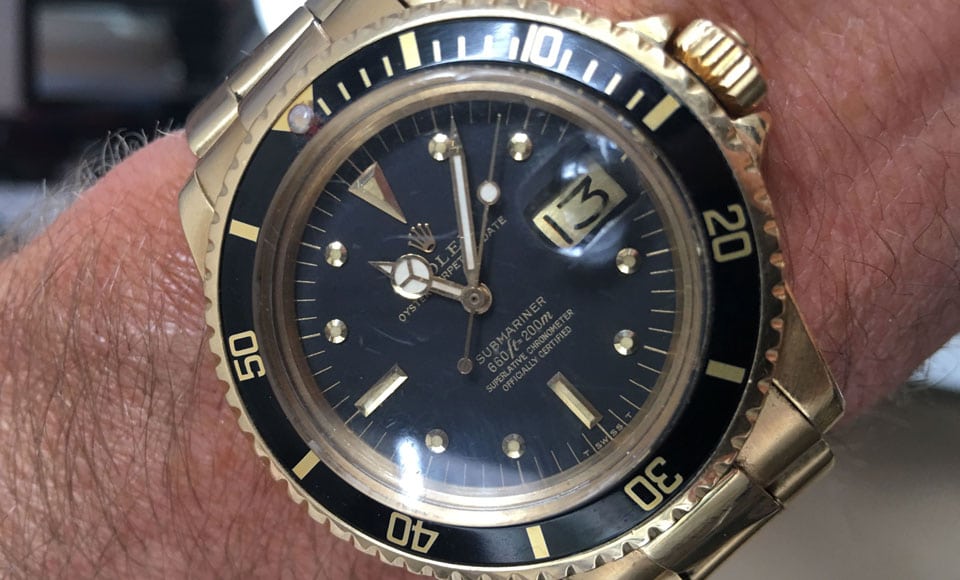 The only resistance Theroux will be facing down the track is whether or not his muscles will garner more attention than his wrist candy. We’ll let you decide that one.

For now we can offer you the chance to replicate Theroux’s gun show thanks to the good people at American Men’s Health.

According to the fitness publication who interviewed Theroux’s personal trainer back in June this year, there are no secrets – just classic weight-room exercises.

“We stick with the basics,” his trainer, Rob Piela told the magazine. But wait there’s more. It was revealed that Theroux works out five days a week with most sessions kicking off with 40 minutes of boxing training before ending with 20 minutes in the weights room where he works on his abs, does circuits or deadlifts.

Do 3 sets of each exercise, resting for 30 to 45 seconds between sets.

1) Hanging leg-raise: Hang from a pullup bar with an overhand grip. Keeping your legs straight, raise them as high as possible, then lower them. That’s 1 rep; do 20 to 40.

2) Decline situp: Lie on a decline bench with your feet firmly anchored, holding a weight plate over your chest. (Theroux uses 25- and 45-pound plates, but you should start with a 10-pounder.) Tighten your abs and raise your torso; as you do this, raise the plate over your head. Slowly lower yourself back to the starting position. That’s 1 rep; do 20 to 40.

3) Cable crunch: Connect a rope attachment to a high cable machine loaded with a medium weight and kneel beside it. Grasp the rope and lower it so that its handles are near your ears. This is the start. Without moving your hips, contract your abs; try to touch your elbows to your knees. Return to the start. That’s 1 rep; do 20 to 40.

4) Bicycle crunch: Start lying on your back, hands behind your head, legs off the ground, and knees and hips bent at 90 degrees. Press your lower back into the ground. Bring your left knee toward your chest; touch your right elbow to that knee. Return to the start; repeat on the other side. That’s 1 rep; do 20 to 40.

Do 8 to 12 reps of each move; battle through 2 to 3 rounds. Rest as needed between moves, but try to keep it short.

RELATED: James McAvoy Got Well Swole For The Split Sequel