Men Are Buying Clothes For Instagram Likes & Then Returning Them 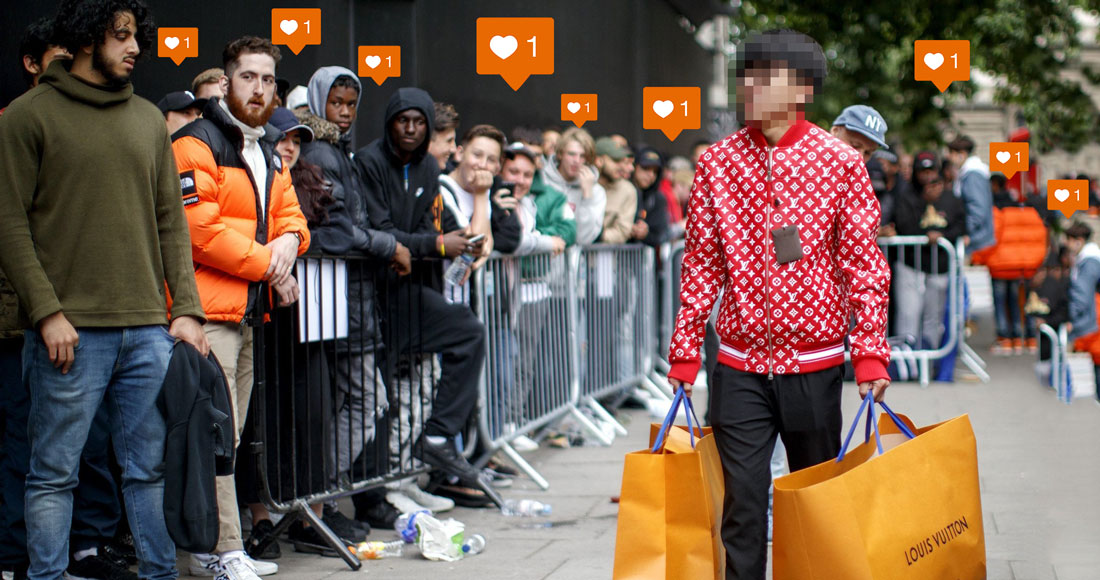 The old ways of fashion consumerism are changing and it’s all thanks to #OOTD – that’s ‘Outfit Of The Day’ for you non-Instagram initiated plebs.

New data obtained by Barclaycard of Barclays Bank have revealed some startling trends in men’s buying habits. The British study recently conducted by Opinium surveyed a pool of 2,002 adults over the age of eighteen. Amongst the subjects it found that:

A little shocked? You should be if you’re not accustomed to getting your daily hype on for the ‘gram. Whilst it’s important to note that the study is limited to just the U.K, it does paint a blueprint for what is happening around the world against the rise of social influencers and aggressive personal branding.

Helping to lament this questionable practice are new online fashion retailers which offer a ‘try before you buy’ policy that allows shoppers to order clothes online and only buy them if they decide to keep them.

Shaun Birley who is one of Australia’s most prominent men’s fashion profiles on Instagram with 94,000 followers thinks that it’s disappointing that men are taking this approach to building their social media profile.

“I honestly have never done it. I wouldn’t feel dishonest tagging a brand in something that I had borrowed, but those people need to realise that if you are an aspiring influencer tagging a big name brand pretending they gifted you stuff, people will see straight through that deceit and you lose so much authenticity online. Something which is already a hard thing to build on a social platform like Instagram.”

Another power player in the men’s fashion game is Landy of LDN2HK. As a self-described global fashion and streetwear curator with 116,000 followers on Instagram, LDN2HK offers a detailed insight into some of the today’s hottest luxury streetwear labels with a personal twist.

“I don’t think there’s any positive you can attribute to this,” he says. “It’s representative of two systemic trends since the rise of social media platforms.”

“The ‘keeping up with Joneses’ aspect is amplified to the n-th degree on Instagram with fashion influencers having an innate need to flaunt their wealth simply for engagement and likes- the life they often depict is often a fictional persona.”

This, according to LDN2HK’s founder is detrimental to the very reason for being an social media influencer in the first place.

“There is no substance in the buying and reselling of apparel because the person is simply buying clothes that are ‘hype’ of the moment. Instagram used to be a platform to share personal style, but since then it’s been a race to create the most outrageous outfit in order to create an online reaction.”

There is sage advice though for those who are too broke to buy flashy designer threads on the weekly, but still want to build their social media empire.

“My recommendation over borrowing well named brands’ clothing would be to help out a small Aussie or a local business instead,” says Birley.

“Be honest, reach out, help create some good useful content for them and yourself. Bring in an amateur photographer who is also trying to get into the space. That would be my approach if you’re an influencer contemplating this trend of ‘borrow and return’.”

Landy is a bit less diplomatic in his solution.

“Men should own their own clothes. At the end of the day, users understand and respect authenticity. Those that are only looking to showcase the fashion of the moment will simply move from trend to trend without anything more to show for it.”

“There is no personal brand if you are simply ‘hype’ all the time because there’s a million other people doing the same thing. Be true to yourself and your tastes and people and brands will respect that more.”

Until then, beware the fake hypebeast – you can usually spot them in high end designer goods with price tags still attached.