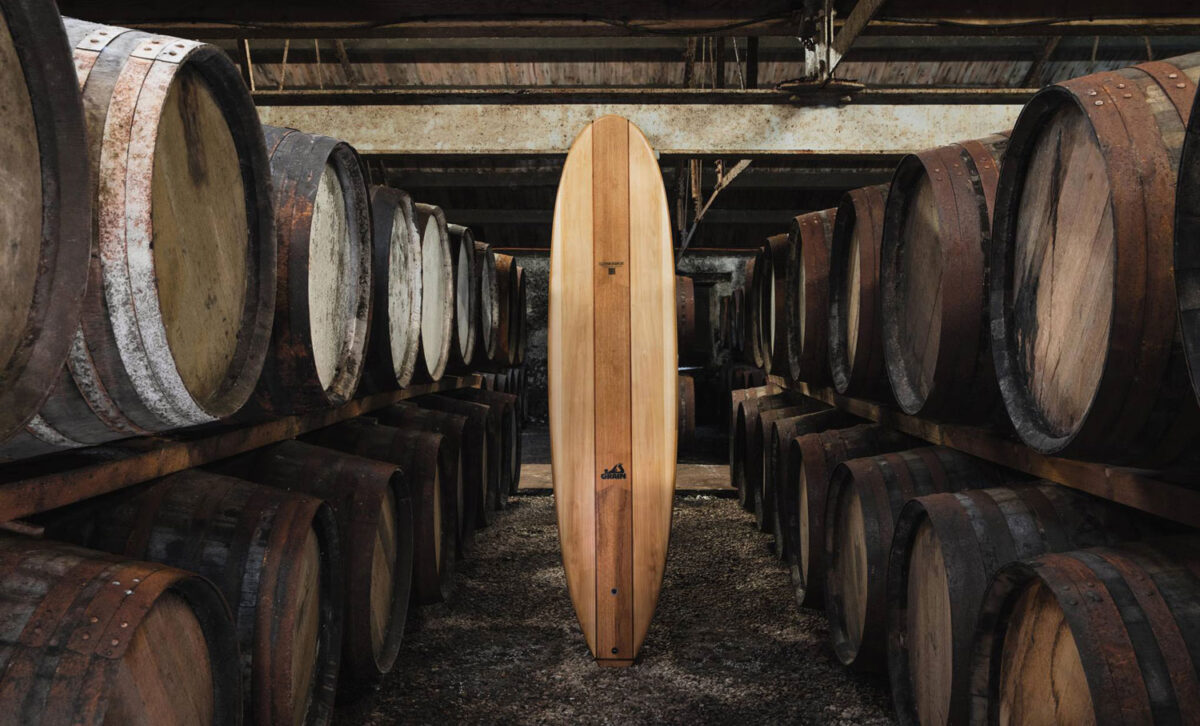 The surf might be questionable in Scotland but their whisky certainly isn’t. And what about those old whisky casks that have served their purpose in the distilling process? They get turned into high-end surfboards, of course.

That’s the idea behind the Glenmorangie Distillery’s latest partnership with Grain Surfboards in a project which sees beautifully handcrafted surfboards made from the staves of Glenmorangie’s old whisky barrels – twelve in each board to be exact.

The result is a product which exudes loads of unique character and old school cool thanks to the natural rich tones and patterns that can only be afforded by the organic material. According to Grain, the construction was no walk in the park either. The interior framework which forms the board’s shape replaces the standard marine plywood with the oak staves. The whole thing is then polished off with bookmatched center planks, tailblock and custom made fins to ensure it does what it’s meant to in the water as opposed to just looking nice.

RELATED: The Difference Between A Cheap & Expensive Whisky, As Explained By A whisky Expert

The ambitious project took more than a year to refine and as you’d expect they are limited edition items which require a US$2,000 deposit just to secure one. Once the people at Grain have completed the board and are happy with it, you simply pay off the remaining balance.

Now for the bad news: It’s only available to those in the US and Europe. Although we’re sure that if you’re spending AU$8,000 on a surfboard, paying a buying fee wouldn’t be too much of an issue for you.

Put it this, it’s a small price to pay to emerge from the sea smelling like smooth AF Scotch whisky. Do your damage over at Grain now.