Hamish Blake Reveals How Growing A Beard Changed His Life 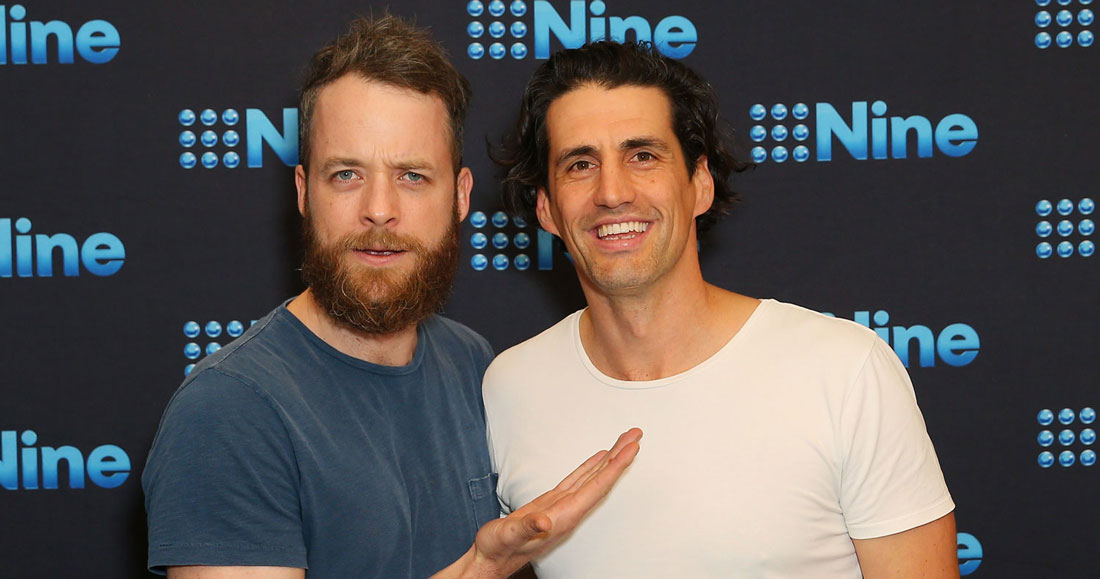 Men, let’s be honest. How many times have you thought of growing a beard? Not a bit of stubble: I mean a full on, caveman-style beard. If you are halfway there, or are considering taking baby steps, we got Hamish Blake on the line to offer you a few words of insight. Why Hamish? Well apart from the fact that he’s one of Australia’s most loved comedians, radio hosts, and actors, he’s also spent the last 8 months growing out his beard as part of a charity initiative “Beard Season“. The challenge ended last Friday but guess what—he ain’t getting rid of it. As you’ll see: there are disadvantages. But these unexpected side effects of growing a beard were enough to convince him to keep it—for now.

1. Growing A Beard Boosted His ‘Ruggedness’

Guess what: you don’t have to be a social scientist to see that a beard increases your rough-hewn good looks. As Hamish told us, “I’m going to say it’s doubled my ruggedness, but let’s not forget the power of statistics here. It’s taken me from a one out of ten to a two, so I’m seeing a huge return.”

2. It Taught Him Patience

Ever since that scene in Clear And Present Danger (if you know, you know) I swore on my 13 year old heart I would find a career that let me wear a sniper ghillie suit. I enrolled in sniper school at the age of 19 but failed due to the fact I carried an “RnB horn” instead of a weapon as my argument was there is no greater weapon than a funny retro surprise. My instructors and I did not see eye to eye, and I respectfully left. My only other option to professionally get in a sniper suit was to get a podcast where you need one to hide in a bush to watch someone summon ducks with their realistic mouth quack. Thankfully that came true last week! Vid is over at @hamishandandy

Assuming you make it from “bum fluff” to “viking” growing a beard will endow you with some serious patience. The hardest part for most people, according to Hamish, “Is meant to be the itching.” For him though this isn’t a problem (“luckily my wife runs a skin care empire and her Go-To Face Hero oil is the most luscious beard secret in the biz”). The challenge that required most patience for Hamish was, “Maintaining the top lip shape to avoid the catfish look.”

3. It Gave Him Human Solidarity

When I began growing a beard on January 1 this year, it was mostly because I wanted to be able to achieve a New Years resolution with little to no actual effort. Just by having a face and being alive, I achieved my goal. However I then came across the incredible movement @beardseason, started by the man pictured, Jimmy, whose sole aim is to grow beards as conversation starters to spread the word about getting a skin cancer check at you GP no matter your age or how sure you are your skin is fine. Too many people find something too late, Beard Season wants to make skin checks for you and your loved ones top of mind so that doesn’t happen. As a former pale kid who is now a current pale adult with a religious skin check regime, I couldn’t have been happier to support the launch of Beard Season 2018 last night. Turns out I accidentally grew a charity beard, for a great cause. Now get your skin checked so I can tell my beard it’s doing its job. Thank you 🙏

One surprising benefit of letting your inner masculine warrior come to the fore is, “Solidarity with other beard wearers.” According to Hamish, “We’re a brethren and I didn’t know this existed before getting into it. I’m not religious but I imagine this is the same buzz you get from being part of one of those.”

4. It Taught Him To Overcome Adversity

Why run a marathon or climb Everest when you can grow a beard? Hamish said that his new look made it harder to get through airport security—but not for the reason you might think. “When it’s freshly oiled… security agents want to pat it lovingly and talk about my oilling routine.” Oh and in terms of parenting, “It’s surprisingly exciting for a one year old to grab and pull as hard as she can it seems!”

5. It Spiced Up His Marriage

Why should one spouse have all the fun (and hairdressers’ bills)? Hamish says growing a beard has, “Been a surprise hit, and no one was more surprised than me… I think because my wife changes her hair every few months she feels like she keeps giving me exciting new looks and I’d been running the same game for 8 years… (now) finally she feels like she’s got something new to play with!”

RELATED: How To Grow A Beard A Lumber Sexual Would Be Proud Of