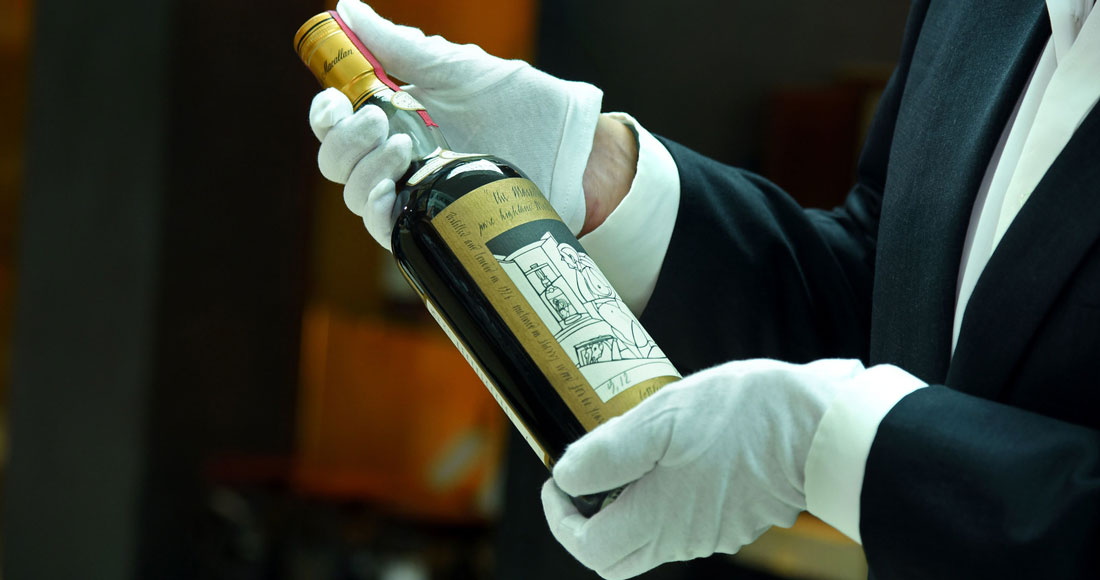 Now here’s something you don’t see everyday…or do you? Arguably the world’s rarest and most valuable whisky is trading hands for a second time in just one year – and it’s not the same bottle.

The prized liquid in question is a 92-year-old expression of The Macallan Valerio Adami which will go under the hammer at Bonhams in Edinburgh on October 3. It’s important to take note that the last example of this bottle sold for a record-breaking AU$1,471,147 in Hong Kong back in May. That was enough to see it become the highest price ever paid for a bottle of Scotch whisky at a public auction.

In the upcoming auction in Edinburgh, experts are expecting The Macallan Valerio Adami to sell in the region of AU$1,300,000 to AU$1,600,000. Still game? You better crack open that piggy bank and sign up as an organ donor.

RELATED: The Difference Between Cheap & Expensive Whisky, Explained By An Expert

Whilst the label itself indicates a 60-year-old expression, the whisky was actually created in 1926 and bottled in 1986. That’s 92-years all up.

Martin Green who is Bonhams’ in-house whisky specialist explained that The Macallan 1926 60-year-old is widely perceived as the Holy Grail of whisky.

“Its exceptional rarity and quality puts it in a league of its own, and the world’s most serious whisky collectors will wait patiently for many years for a bottle to come on to the market. It is a great honour to be offering this amazingly rare whisky at our Edinburgh sale.”

What makes this bottle of The Macallan special (besides its taste) is a label penned by the famous pop artist it’s named after, Valerio Adami. Only 12 bottles of this expression exist in the world and it comes with a meticulously presented cabinet which acts as a brass glass safe.

You can register your interest over at Bonhams now.