Flaming tequila or BASE jumping—your pick…

You know how it is: you do do what you gotta do—and that’s fine. But occasionally it does wonders for the mind to do something absolutely ridiculous. And what better way to do it than by achieving some truly unforgettable #squadgoals.

Also, you don’t really know what someone’s like until you’ve seen how they react to being attacked by sand flies on a hungover mountain bike adventure. In light of this, we thought we’d research the best ways to get the adrenaline flowing while bonding with mates. Oh and as a bonus: you may even get some exercise in, and see a bit of the world. 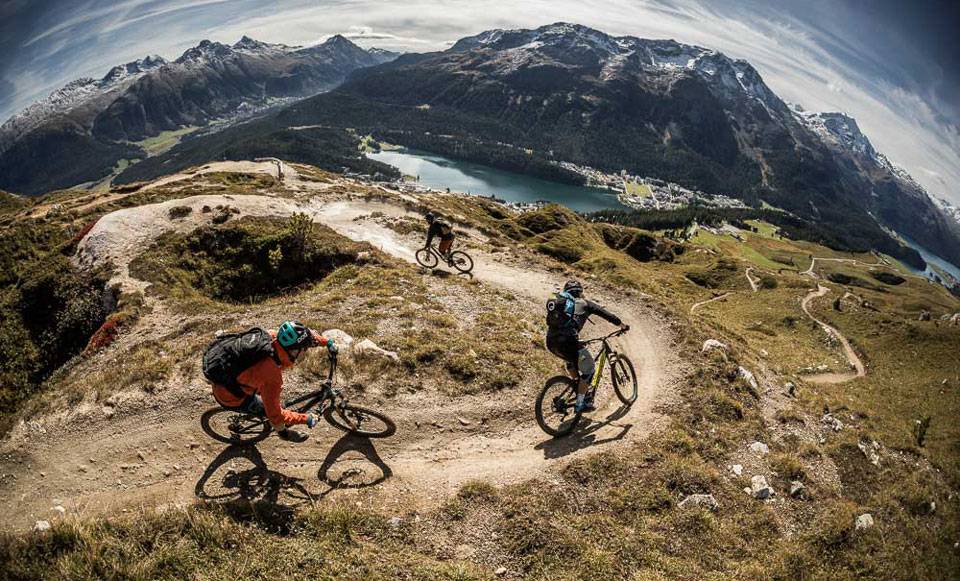 Chairlifts are only for winter, right? Wrong. Whether you’re looking to add scenic snaps to the ‘gram or gruesome battle wounds to your insta-story, mountain biking in Switzerland will tickle your sensibilities in all the right places. If you forget your vaseline it will also give you saddle rash in the wrong place, but the post ride cheese, chocolate, wine and beer platter will make up for it. Switzerland has no shortage of 4,000 metre high Alpine peaks, but we recommend Saint-Luc’s balcony trail and Mont Blanc’s Les Cerf’s trail.

Base Jumping In Greece 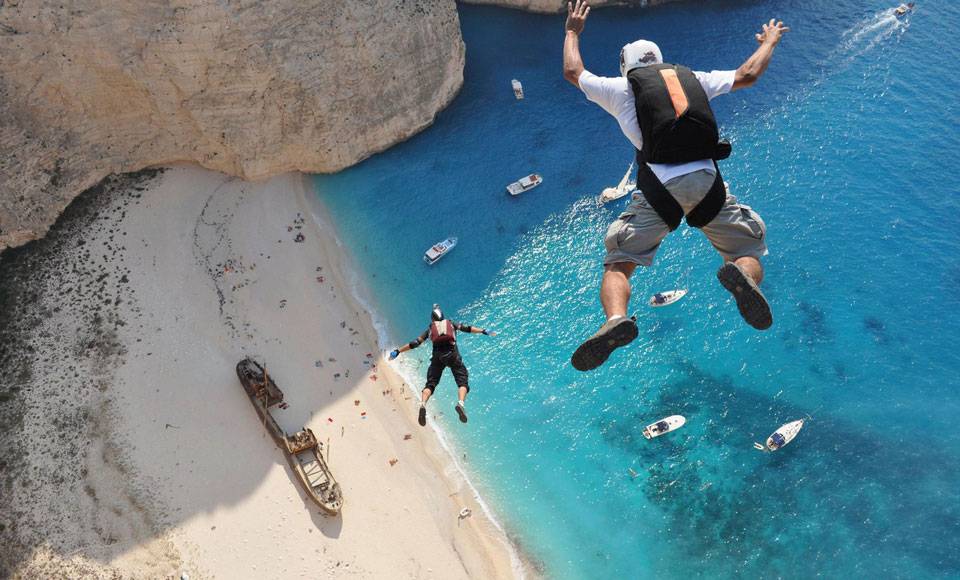 This one’s a stretch for the average squad, but if thrill seeking’s your jig, you have excellent life insurance, all your affairs in order and have B.A.S.E jumped before, then leaping from the cliffs at Navagio beach, one of the most idyllic spots in Greece could be your next shot of adrenaline. That said, the average group of mates would be better of doing a skydiving course with a registered operator… 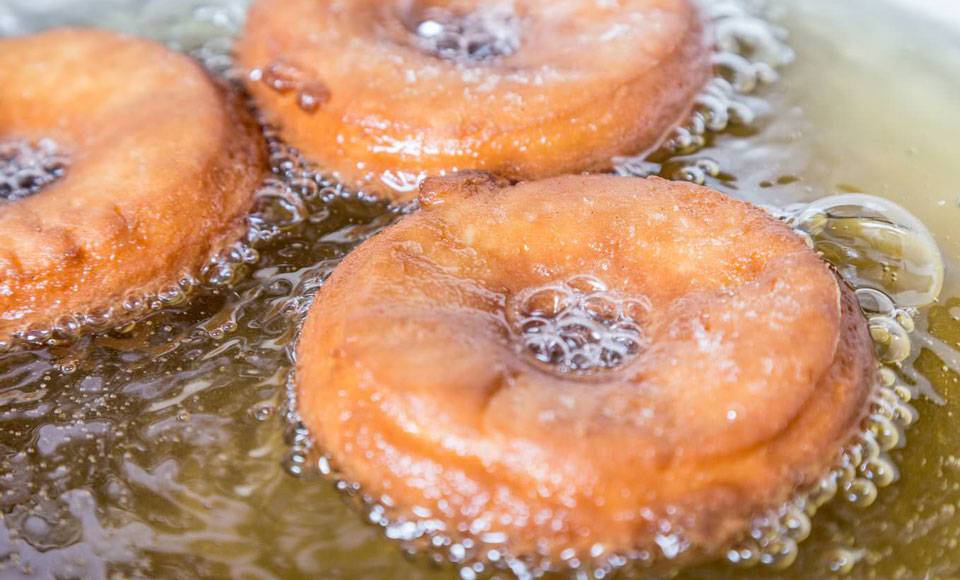 Some people go on holiday and boast about the museums they saw. Others regale you with tales of old world architecture, fine wine and tapas. Those people suck. You? You just want to have as much fun as possible, and if that means consuming more calories in a single sitting than your second language learning friends do in a month—so be it. Also: eating refried donuts is actually great for your fitness, because you’ll feel so guilty afterwards you’ll eat healthy for a week. #Winning. 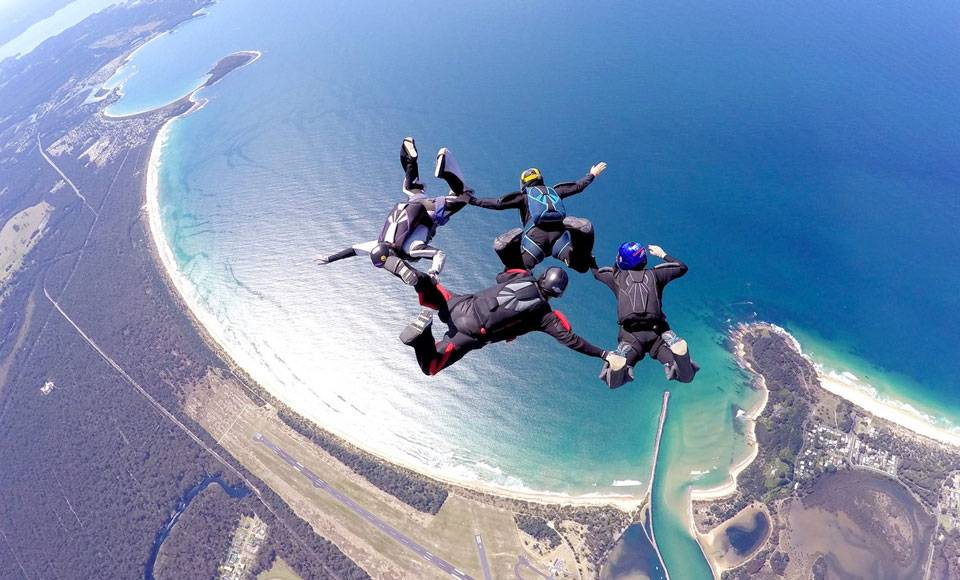 Wind. Speed. Land. Fear. Parachute. Relief. Skydiving is one of the world’s most exciting and challenging sports there is. If you are keen to feel the wind rush past you as you manoeuvre your body and control your speed & direction during free-fall, then steer your parachute down to the landing area, hit up Sydney Skydivers and, in one week you can learn how to skydive, and obtain an internationally accredited A License allowing you to skydive solo around the world. Sure, it’s scary, but after learning to jump out of an Aeroplane you will have the confidence to tackle almost anything life throws at you… 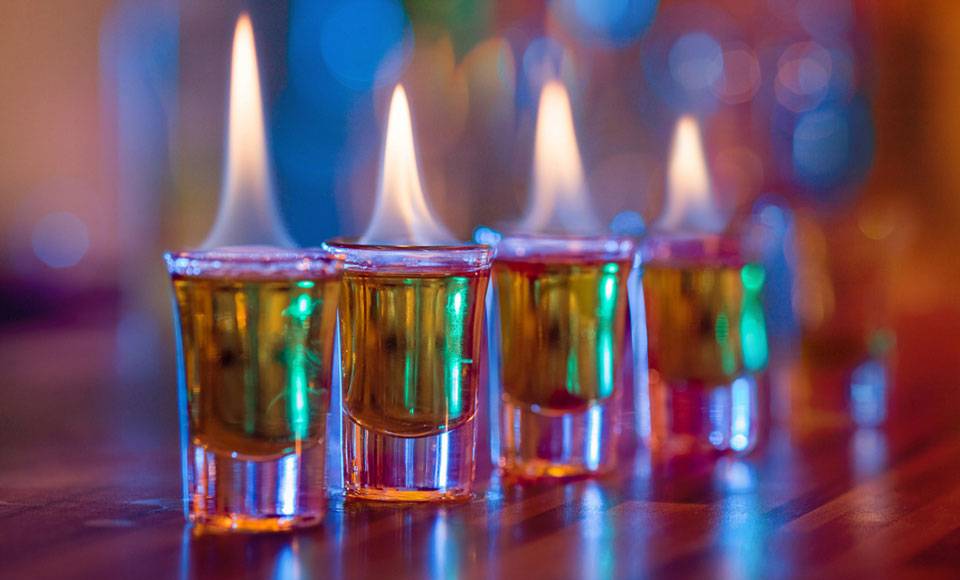 The Robin to your Batman, the long black to a late night deadline, the spicy chicken wings to your beer: tequila is the tried and tested instigator of a classic night out. Say what you will about bad decisions and stomach churning hangovers, tequila makes things happen. And if you haven’t obnoxiously yelled, “Tequilaaaa” with ~da boyz~ in a foreign land you should add it to your “Not ready to kick the bucket” list. Bonus points if it’s served flaming. We highly recommend a joint called Chupitos, which is a bar with around 100 different types of shots. Also, order the Monica Lewinksy if you dare. Better yet: order it for your mate. 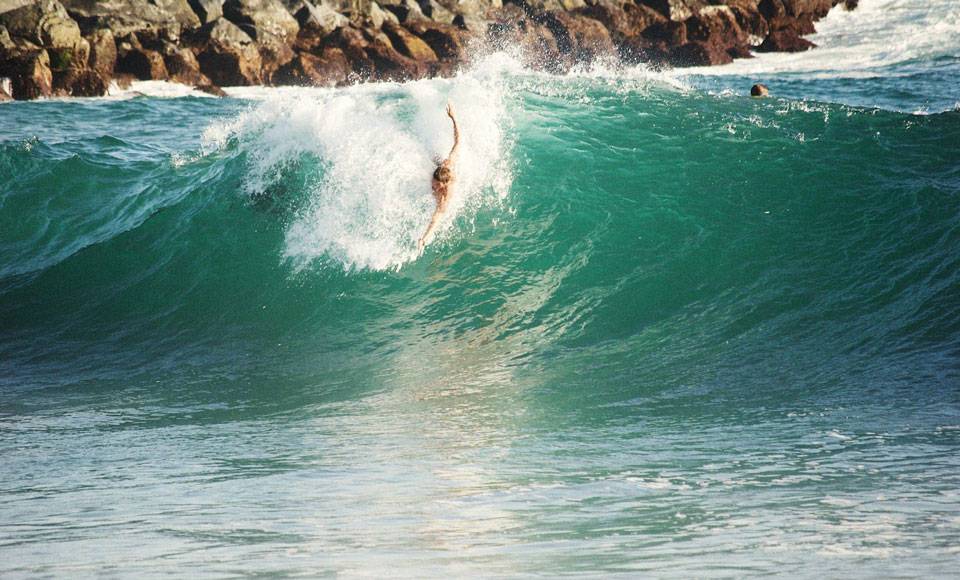 Sure, you could get a group surfing lesson in Byron Bay with the hipsters and backpackers, but let’s be real: you aren’t going to learn to surf in a week. So, assuming you know how to swim and have some basic ocean awareness, bodysurfing is your quickest route to adrenaline in the ocean. And the ultimate bodysurfing pilgrimage? The Wedge, California. Formed by a jetty, huge lines of swell refract to form giant A frame peaks just begging to be ridden.

Doing A Contiki Tour (When You’re Over 30) 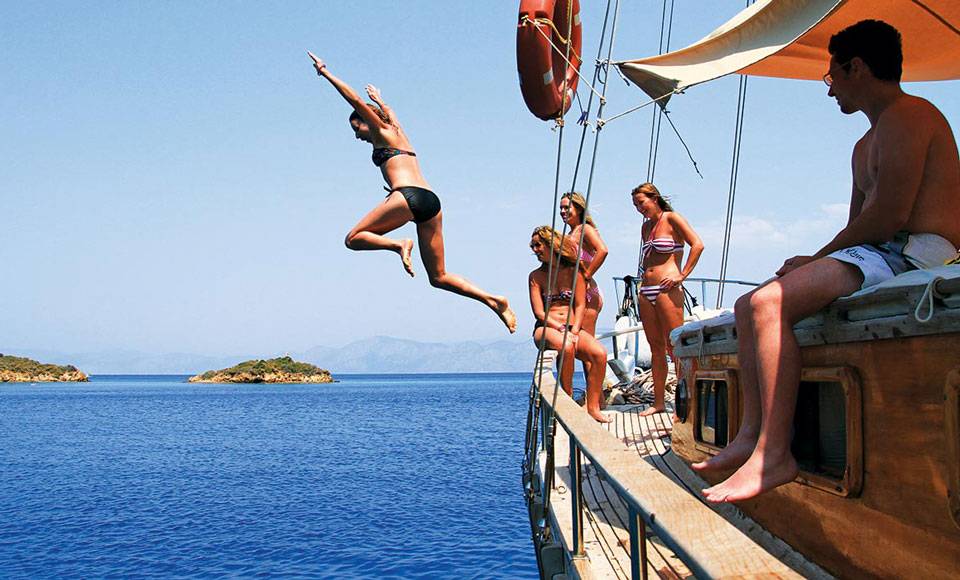 “Contiki isn’t dangerous” they said. Let me tell you: it is if you’re over 30. What you once saw as youthful enthusiasm you will now find gives you a headache. Sure, the first few days might be fun but your liver ain’t what it used to be and these kids don’t even want to stop to see the roman ruins, dammnit. That said, Contiki can be fun at any age, as long as you don’t book expecting the trip to make you feel young again. But, you might meet some awesome people, and have some epic new stories to tell your mates back home.

Drinking Shots Of Espresso In Italy 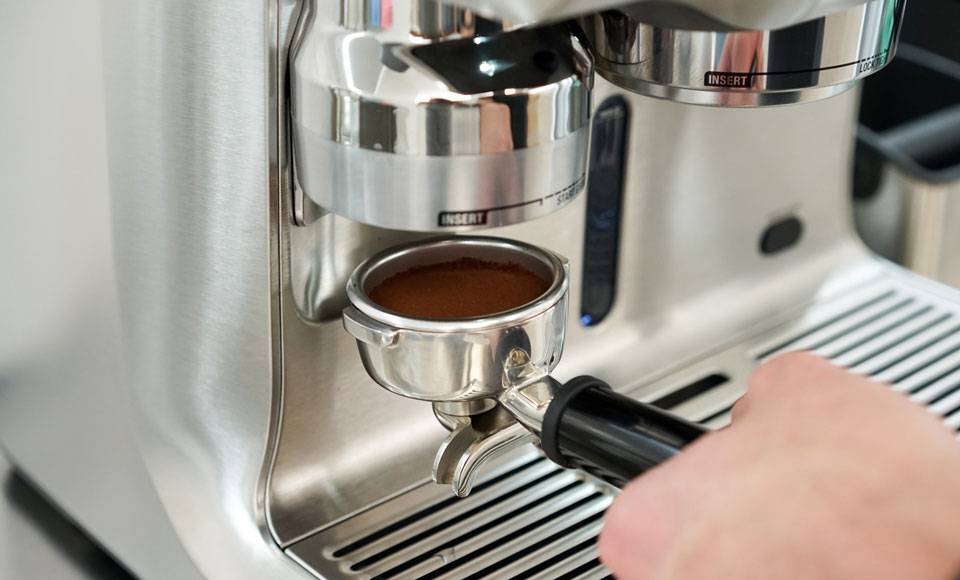 Put your Martini glass down a sec and discover what it’s like to get hyped on caffeine together. Potential outcomes include: several mind-blowing (yet fatally flawed) business ideas, one potentially workable side hustle, epic holiday plans, enamoured cafe waitstaff, twitching of the eyelids, heart palpitations, heightened productivity.

Skiing Off A Cliff In The French Alps 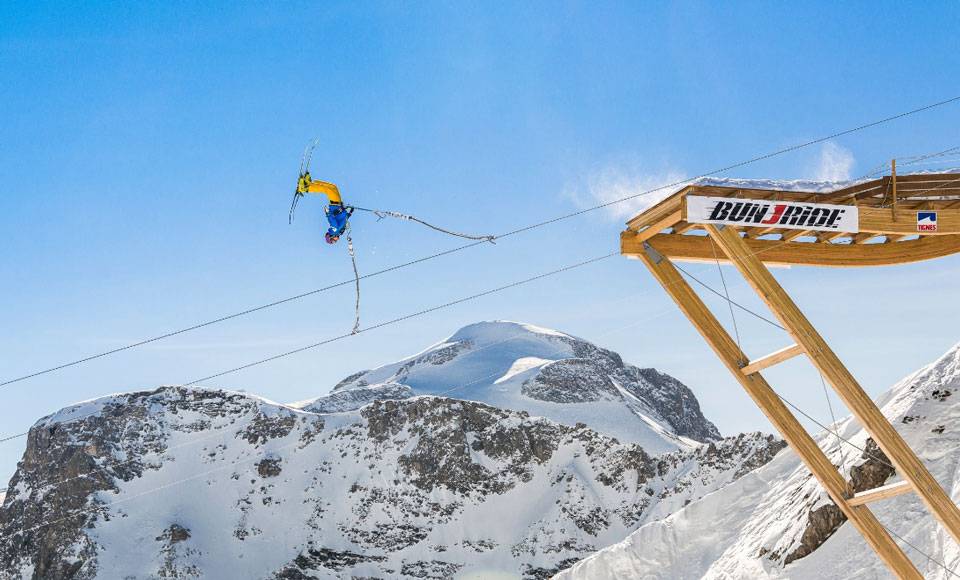 The chance to jump off a cliff on your skis or board is on many a James Bond fan’s list. But those who aren’t expert skiers and parachuters would be fools to consider it—until now. In Tignes, France, you can ski, snowboard or even sledge off a 35m long, snow covered wooden ramp, attached to bungee cords. After you’ve reached the bottom of your (70m) bungee jump, you’ll bounce back in and be lowered to safety. Just make sure you get a shot of you vertiginous mate’s face.

Snorkelling With Salmon In Canada 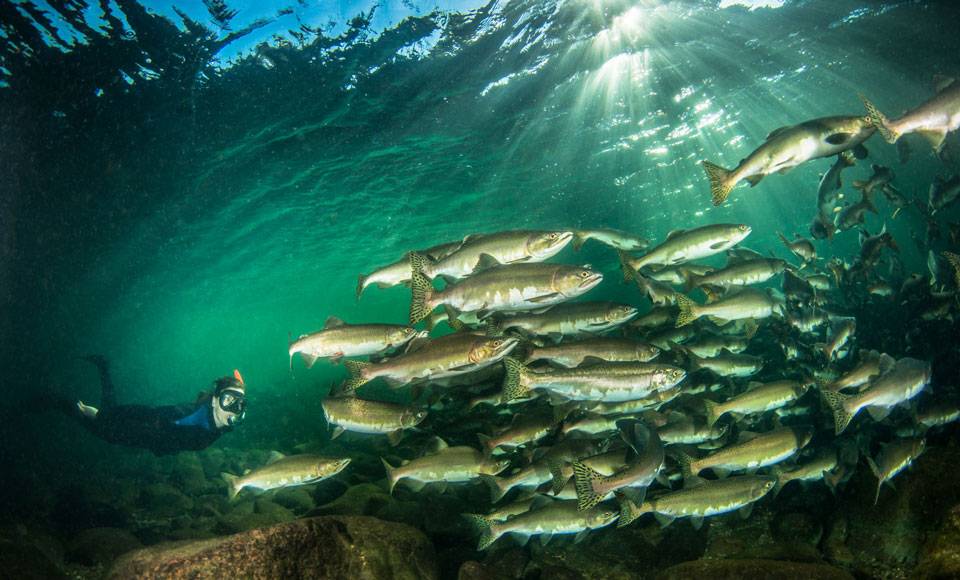 We’ve all been entranced by David Attenborough once upon a time. Snorkelling (or Scuba diving) with salmon in Canada is your chance to experience wildlife up close. Unlike the videos, there won’t be grizzly bears feasting on hapless salmon as they migrate through crystal-clear rivers to spawn (well, there will be, but not where you snorkel). If you choose to experience this natural wonder, cop a ticket to British Columbia’s Campbell River between July and late October, find an operator to fix you up with a 7mm wetsuit or drysuit, and float down the river watching the salmon congregate in deep pools (this is important because if old baloo gets pekish and turns up before September/October, when he’s supposed to, he’ll head for the shallow parts).

RELATED: 10 Trips To Take Only If You Don’t Fear Death