If she goes looking for compliments she’s probably testing you. 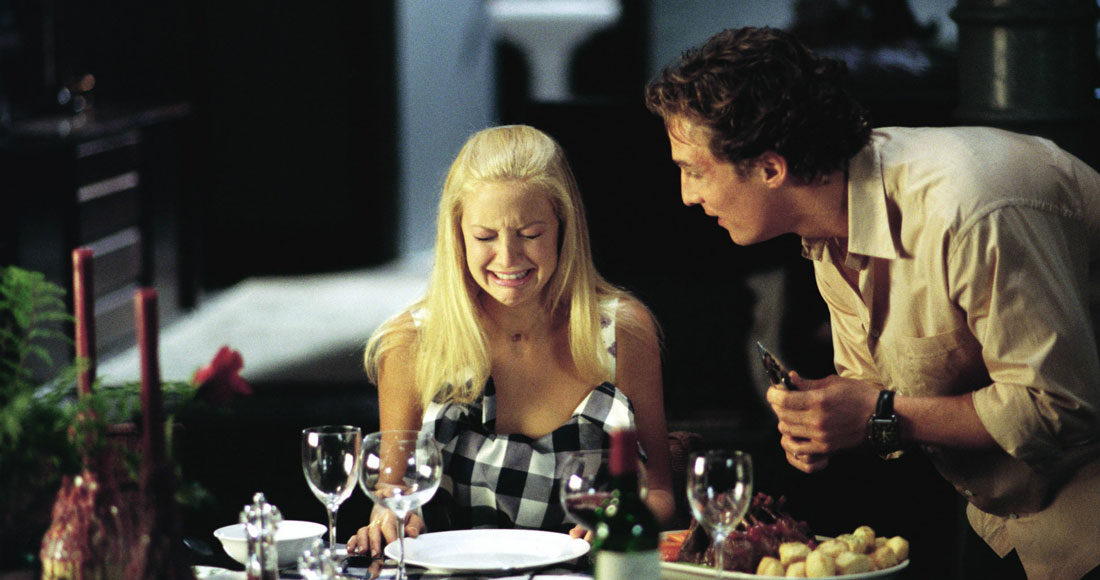 You know how it is: you get home from a date, feel like it’s all gone extremely well, wait for days, and the phone ceases to buzz. Or maybe you’re some kind of Jedi master of dating, in which case insert some kind of joke about your Lightsaber here.

Either way; odds are you’ve still got something to learn. You’ve probably got a habit or three or five that are driving your dates insane, and all they want is for you to read an article of expert dating advice on a really snazzy men’s website.

Well what do you know… we’ve got that right here. How’s that for a coincidence?

You Have Bad Table Manners

Eating with your fingers was cute when you were five. Now that you’ve added another number in front of that five, it’s time to wield cutlery like an adult. Don’t chew with your mouth open. Don’t wipe your face with your sleeve. And while we’re at it, don’t be rude to the waitstaff – that counts as bad manners, too.

You’re A Bit Of A Tightarse

Does a date with you look something like this? Invite her over. Hand her a beer. Order a pizza. Watch Apple TV. Oh, you charmer. The ladies must be lining up outside your door. You don’t need to break the bank on every single date, but every woman appreciates being treated to something special on occasion. Save up if you have to.

You’re Going For Too Much, Too Soon, Grabby McSqueezie

Slow down, partner. If she says “Hi, my name is –” and you try to slip her the tongue, you’re moving way too fast. This is not a race, Mario Andretti. Unless it’s the turtle kind, where slow and steady wins in the end. Take your time and savour the experience.

You Keep Talking About Your Ex

It’s done, man. Finished. Finito. Fin. Get over it or get back together. Don’t waste a new gal’s time because you’re still living in the past. And for the record, this goes for complaints about your ex too. Your date doesn’t want to spend the night worrying about the awful things you’ll say about her someday.

Confidence is a good thing. Some might even argue it’s the best thing. But cockiness is a bad thing, and no one is going to argue otherwise. You might be the most eligible bachelor in town, but as you learned in writing class, show don’t tell. You shouldn’t need to brag for her to see how cool you are.

If you’re crying on her shoulder, whose shoulder is she going to cry on? Unless you’re planning to use each other’s shoulders in some kind of weird crying 69, it isn’t going to work. Vulnerability is an important part of any relationship, but there will be times when she needs you to be a man in the most traditional sense word.

You’re A Narcissist, You Handsome Bastard

You think you’re great. We think you’re great. If you’re lucky, she thinks you’re great too. But she won’t for very long if you insist on making everything all about you. Dating is about getting to know each other, so make sure you take a genuine interest in who she is and what she has to say.

You Check Out Other Women

How would you like it if she was scoping out packages every time you went out together? There’s a degree to which you can’t help it – and we’re all for embracing your primal side – but do try to keep it in check when you’re on a date. Be subtle or save it for later.

You Can’t Handle The Drinkzzzfeshoorree

Ladies love a man who can hold his liquor. And also their hair, when they’ve had one too many and need to spend some quality time at the porcelain throne. It’s not a glamorous job but someone has to do it, and you won’t be able to if you’re passed out next to her.

The first lesson in Dating 101: do not be so boring she would rather be on a date with Timmy the Homeless Crackhead instead of you. If what you had for breakfast is the most interesting thing about you, it’s time to seriously reevaluate some life choices and consider putting your love life on hold until then.

You Spend The Whole Night Checking Your Phone

Date Siri if you’re so obsessed with it. Unless you’re starring in a real-life version of Her (in which case, congrats on the sexy Scarlett Johansson-sounding girlfriend, I guess?), It’s time to put the phone down. If your fingers are on a touchscreen all night, it’s a guarantee they won’t be anywhere else.

It’s not that you can’t be complimentary at all, it’s just that you don’t want to do it exclusively. Women love a little bit of good-natured teasing. It’s called ‘flirting.’ Maybe you’ve heard of it. If all you do is dish out compliments, they’re going to start sounding insincere and she’ll spend the night second-guessing herself.

You’re Calling Her Baby, Babe, Honey or Sugar Tits On The Second Date

This is one of those “treat others as you want to be treated yourself” things. If she did this, you’d head for the hills. So don’t do it to her either. Pro Tip: ‘Sugar Tits’ probably isn’t good on any date, unless you’re dating the daughter of some weird hippie parents and that’s her actual name.

You Have Poor Personal Hygiene

It’s not that hard, gents. Take a shower. Shave. Brush your teeth. Apply deodorant. Throw some product in your hair if it needs it. In fact, if you can’t even manage something this basic, we’re taking it personally and strongly suggest you spend some quality time here.

You’re Mean To Your Mother

It’s a stereotype – up there with her judging you based on your shoes – but it’s a real thing. If you can’t even be nice to the woman who gave birth to you and suffered through your dickhead teenage years, she knows you probably won’t be nice to her either. Shape up, son.

What’s the number one thing anyone – male or female – wants on a date? Answer: fun. She had a choice between staying in with her cat and a glass of wine, and coming out with you. If you’re such a downer that the wine and the kitty would have been a better time, you have some serious issues to address.

You Use A Lot Of Fragrances…Like, A Lot

That “too much of a good thing” phrase? It was invented for times like this. There is nothing sexier than a guy who smells good, but if you smell like you just sampled every single fragrance in the department store, you can march straight into the shower – and she’s not coming with you.

Straight up sleazy is a good look on no one, unless maybe –and that’s a big maybe – you’re a Hollywood celebrity who has made a career out of being a slimeball. If you are, you don’t need these tips because women will throw themselves at you no matter what. For the rest of us… steer clear of the sleaze.

This is one of the big things being a Man – capital M – is all about. A man should have principles – things he believes in, stuff he’ll stand up for, lines he won’t cross, values he holds dear. If you don’t, you still have some work to do to grow from boy to man, and she won’t want to date you until you’re done with the transition.

She might say she’s one of those cool, geeky girls who loves to game herself, but odds are she still won’t appreciate it if you spend more time with your joystick (not a euphemism) than with her. It’s a surefire way to guarantee it will just be you and your joystick (euphemism), with nary a girlfriend in sight.