Penis Enlargements: We Spoke To A Surgeon So You Don’t Have To

How to buy a bigger penis. 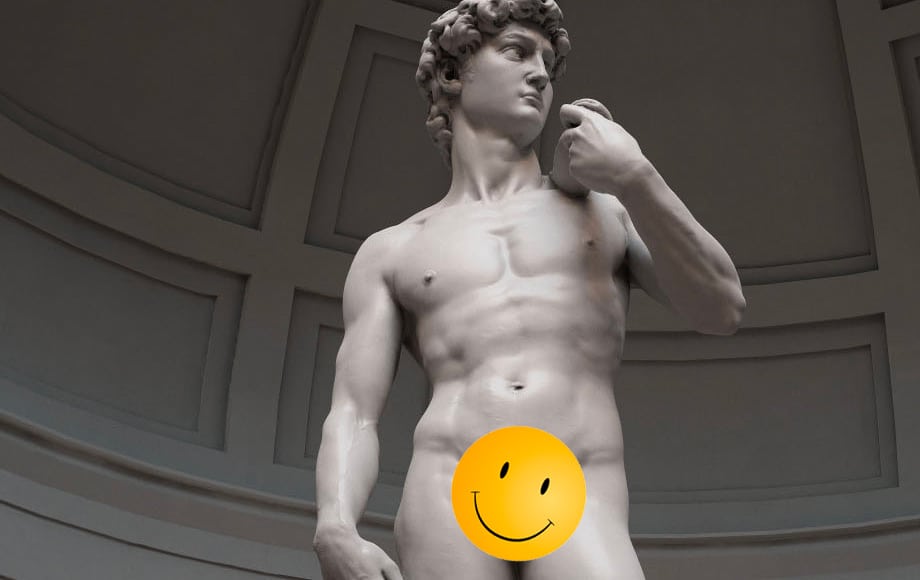 I wish I had a smaller penis…said no man ever. With that notion in mind, we’re tackling the solid issue of penis enlargement surgery along with a healthy dose of phallic innuendo.

Why do men consider it? Where does the extra length actually come from? Does it hurt? How do you urinate after? All of these are common queries crucial to understanding the complexities of this growing cosmetic procedure amongst men.

And today we’re answering them with the help of Dr. Collin Moore of The Australian Centre for Cosmetic & Penile Surgery.

Why Men Are Up-Sizing

There are countless reasons why men would consider penis enlargement surgery but for a majority of willing men, it all comes down to the extra confidence a bigger penis bears.

Whilst no formal data has been collected on the rate of penis enlargement surgeries, a recent ABC report does suggest that it’s on the rise.

“It probably isn’t so accepted for a man to get cosmetic surgery as it is for women, but it’s definitely becoming more common and less taboo,” said Dr Gavin Scriven, a specialist in penis dermal filling.

Prerequisites You’ll Need Before The Slice

Dr. Collin Moore explains that the precautions and pre-requisites for penis enlargement surgery is the same for any other operation.

“If a person’s fit enough to undergo a 4-5 hour operation under general anaesthetic, then they can do it.”

“There are some lesser procedures on the market which do not produce the same result. They can be done under sedation but it’s best done under general anaesthetic in a properly accredited hospital facility.”

“Just because someone is bigger than the fiftieth percentile, it doesn’t mean we don’t do the operation,” says Dr. Moore.

“If they genuinely want a bigger penis and everything else is equal then sure we’d be prepared to do that. But the majority of patients are either at the average size or smaller.”

Where The Extra Foreskin Comes From

No, not your eyelids. It’s attained from the pubic area by an arrangement of where the penis protrudes from.

“We don’t have to cut it off from somewhere else like a skin graft. It’s an artful re-arrangement of the infrapubic skin to cloth the extra shaft.”

“What we’ve basically done is lengthened the penis by bringing more of the infrapubic penis to the outside than before.”

Dr. Moore says the best way to understand this is with a simple sink analogy. Think of an S-bend pipe under your sink and that’s basically your penis.

“Whatever the pipe does in between the sink inlet and the floor doesn’t alter the length.”

“Straighten the S-bend though and the pipe becomes longer. And that’s the same principle we use in penis enlargement.”

In other words, there’s spare penis tied up in your body. Surgeons simply cut a few strategic ligaments to extend some of that penis. Simple enough, right?

Here’s where things can get a bit tricky and expensive.

Dr. Moore’s procedure for widening the length of a shaft involves using a pair of dermal fat grafts which surgeons take from the lower abdomen.

“We can use injectable materials but they’re very expensive,” he says.

“To produce a very worthwhile result, as much as you’d get with a dermal fat graft, you’ve got to use a lot of filler and it’s very expensive.”

“We also use filler to enlarge the head of the penis and the glands.”

Not if you follow protocol, according to the experts. General anaesthetic during the operation combined with local anaesthetic will usually ensure a pain-free experience which can last for one and a half to two days after the surgery.

There is however a minor issue of urinating. Post-surgery men may spray a little for a few days and this is normal. They just need to take preventative measures when going to the bathroom to avoid mess. Sitting down is probably the easiest solution here.

Once life is back to normal, so is your urinating.

How Long It Takes To Heal

All soft tissues that involve surgeries take a minimum of six months to heal entirely. Penis enlargement surgery is no different.

Heading back to work is dependent on the type of work the patient does.

Scarring On The Penis

Surprisingly, enlargement surgery doesn’t yield any scars on the penis.

“If we do a thermal fat graft then there is a scar across the lower abdomen, but that’s because we have to raise the grafts to widen the penis,” says Dr. Moore.

“The length of the penis determines on how how big that scar is. but it’s in the natural crease, like a tummy tuck scar at the bottom of the abdomen.”

When You Can Have Sex Again

Well there’s certainly no point in extending your pecker if you can’t even give the tip.

There is a six week prohibition period on sex and any form of lifting weights heavier than 0.5kg. This means violent physical activity like hitting the gym.

After six weeks, patients can go back to the gym but Dr. Moore warns that they must ease into it rather than picking up where your last P.B left off.

“The full flexibility of the penis doesn’t come back until six months but intercourse is possible after six weeks.”

Once everything is done and dusted, there is a 12 month follow up period to make sure everything has run smoothly.

“Part of the problem is having re-arranged the anatomy somewhat, the body tries to undo it,” explains Dr. Moore.

“So we have to prevent it from doing that by getting them to do certain forms of stretching exercises to ensure that scar stays fully stretched out to where it was at the end of surgery.”

“They need to keep on doing that until the scars mature and they may not mature for up to 9 – 12 months.”

The Price Of A Bigger Penis

Prices vary depending on the type of penis enlargement surgery.

Temporary fillers that enhance the penis size can cost up to AU$10,000 whilst more extensive procedures like the phalloplasty one which Dr. Moore performs can cost around AU$29,000.

“It can still go up from there if extra bits and pieces are done.”

If you’re serious about penis enlargement then it’s best you speak directly to a professional surgeon who has done this kind of cosmetic work before.

Most surgeons like Dr. Moore have their own techniques patented so it’s important to understand the differences and what each professional is offering.