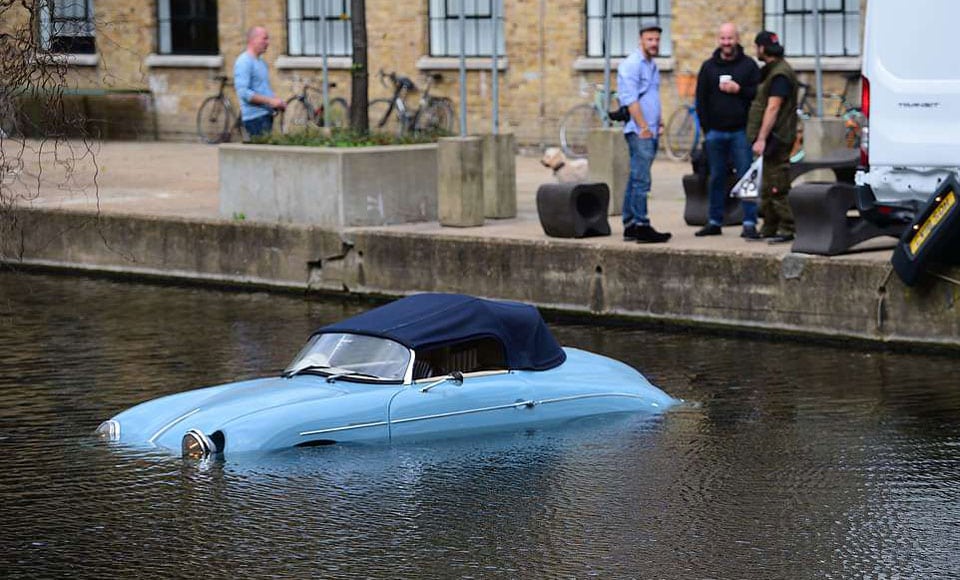 A sinking Porsche in a body of water is a horrifying sight to any car fan. This latest accident involving a true classic is no different.

According to a Daily Mail report, a delivery driver from north London was reversing when it hit a car parked outside AutoVero Luxury and Classic Cars. The vehicle ended up being half submerged in the Regent’s Canal with onlookers seemingly having a laugh and even joking that the driver would get a parking ticket soon.

We suppose they saw the funny side in it given that the vehicle wasn’t a genuine Porsche 356 Speedster but in fact just a replica. The 2004 Chesil 356 Speedster is still no bargain though, retailing for about  £30,000 or AU$60,000.

It was reported that the van also narrowly missed sending a Mercedes owned by the same dealership into the canal. Kalvin Cauldwell who is the owner and director of the dealership said that the accident could have been much worse.

“It is an item of stock. It is now in the canal with lots of people scratching their heads thinking ‘how are they going to get that out?'”

“I was with a mechanic dealing with a Ferrari and I heard a smashing noise, then I was looking around and it was the canal.”

Cauldwell was just glad to know that no one was hurt as he now tries to deal with the insurance claim for this classic two-seater soft top. He expects that the car will be a total write-off as one of the most unique claims he’s ever had to make.

On the flip side, he could wait another year or so for the resurrection of the 356 Speedster which Porsche announced yesterday. 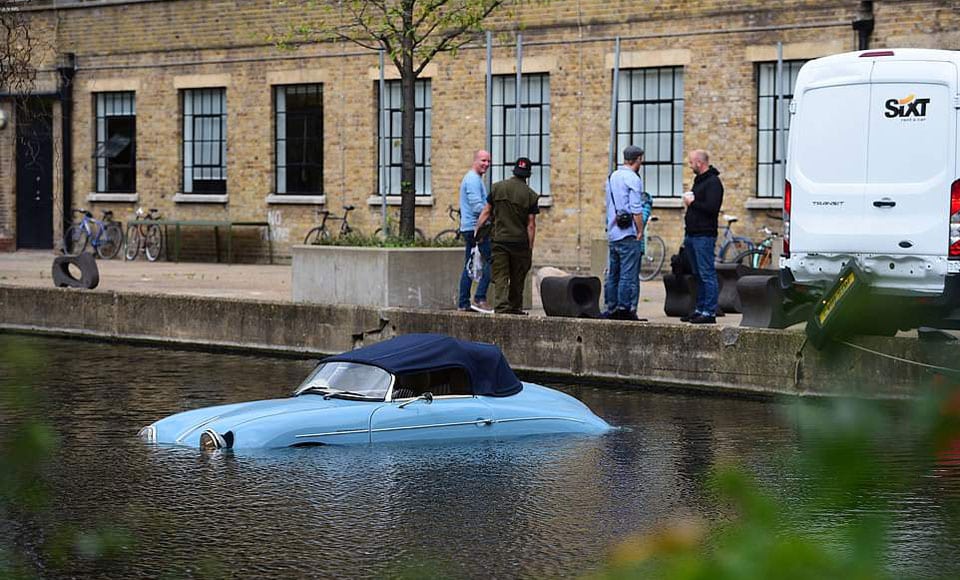 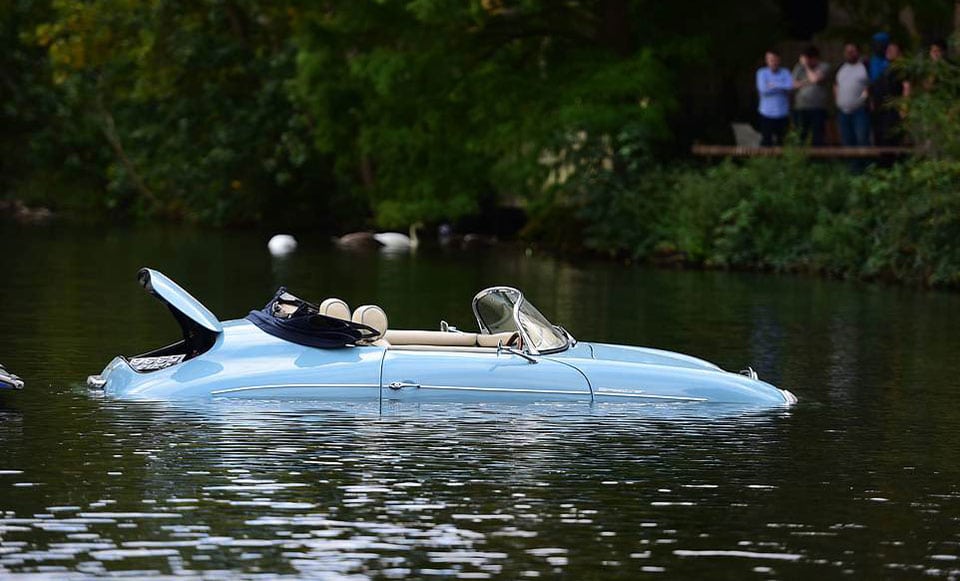 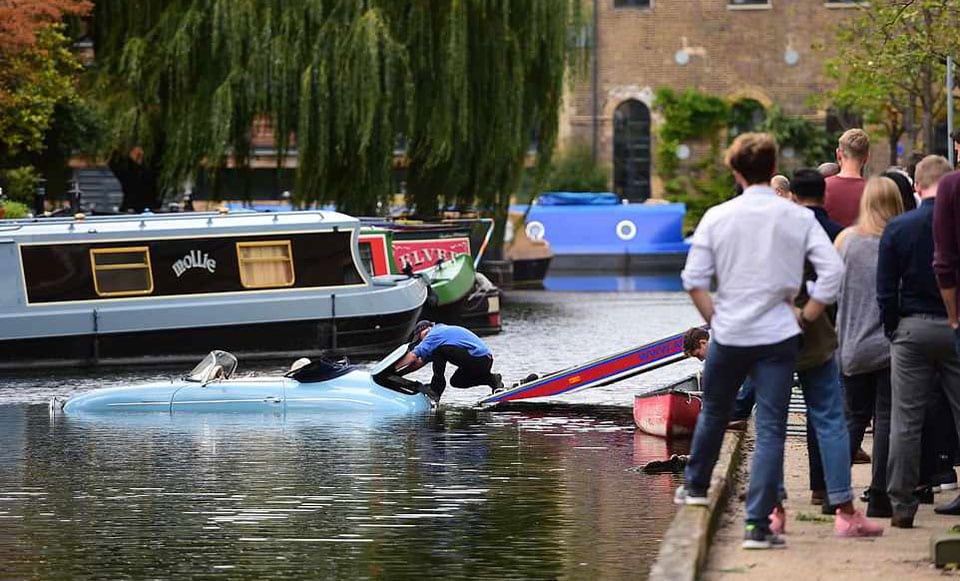 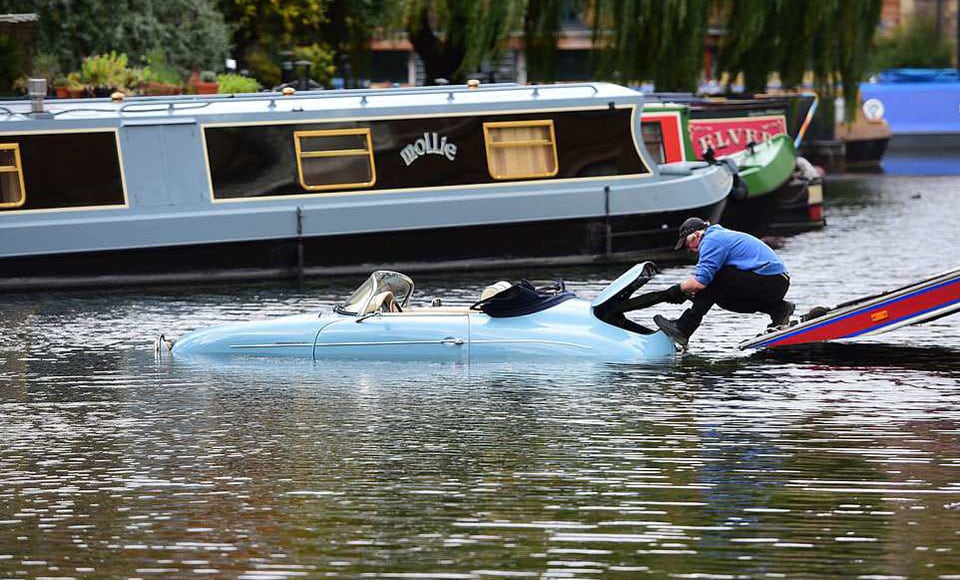