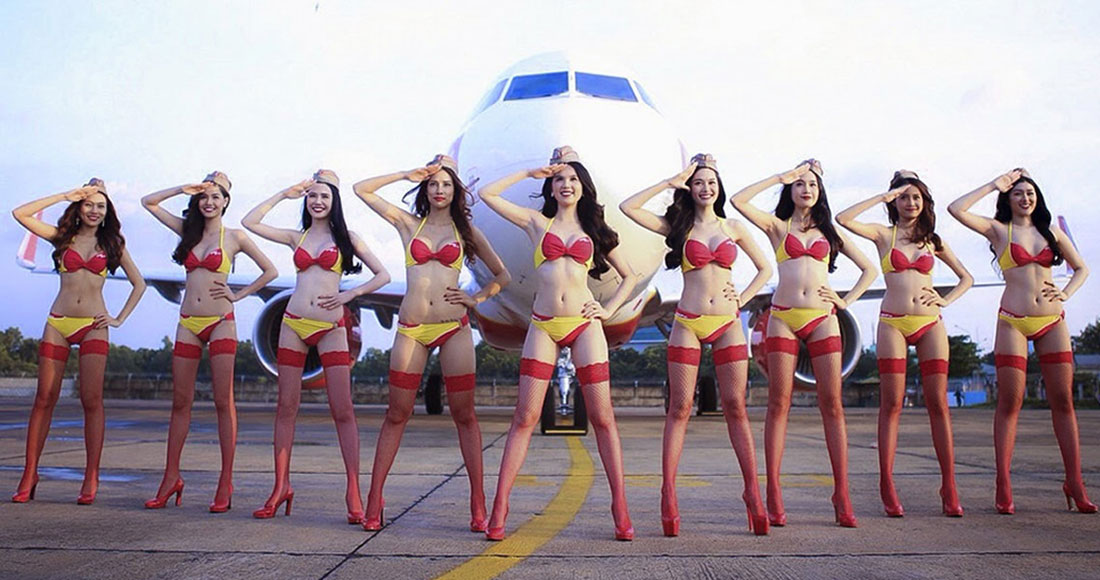 Prepare your luggage and duffle bags. Upstart airline Vietjet Aviation have finalised a $6.5 billion jet order with Europe’s Airbus during a visit to Hanoi by French Prime Minister Edouard Philippe.

The budget carrier placed an order last Friday for 50 A321neo jets and 100 Boeing 737 MAX jets in what Reuters called an “aggressive investment… that has provided lucrative business for both Airbus and its U.S. rival Boeing.”

However the fleet is not the only part of the ‘Bikini Airline’ that experiences a high turnover.

As Luxury Travel Diary reports, “Following the huge success of the random bikini girls appearing on their flights, the airline VietJet is now doing so well that it is spending $6.5 billion on new jets and, one would guess, more bikini-clad dancing girls to show up on their flights and grab headlines.”

Run by 47 year old billionaire, Nguyen Thi Phuong Thao, Vietjet is no stranger to controversy: in 2012, the airline was fined for hosting an onboard “mid-flight dance” by bikini-clad beauty pageant contestants without first gaining permission.

Meanwhile, earlier this year airline management came under fire for yet another publicity stunt, where scantily-clad models were paraded out mid-flight for Vietnam’s unsuspecting U23 football squad. 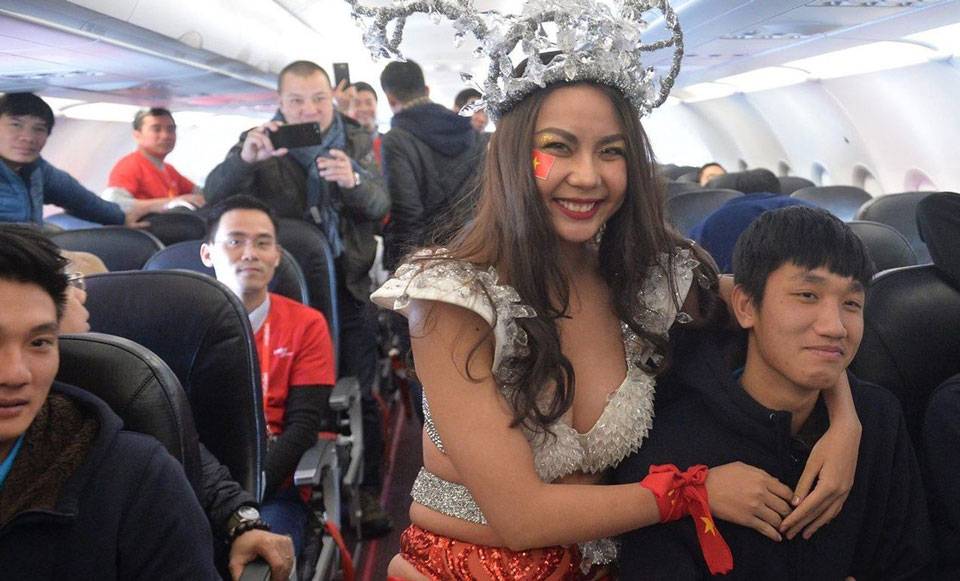 Although some of the team were mortified, others were only mildly embarrassed, and some didn’t mind it.

Considering a negative reaction from the press has never stopped them in the past, we’re betting that VietJet will keep faith in the “all publicity is good publicity” maxim.

Oh and it’s probably safe to assume they will continue spending their customers’ hard earned dong (for those of you with dirty minds, that’s Vietnam’s currency…) on bikinis and jets.

RELATED: The Best-Value Asian Airlines To Fly To Europe From Australia