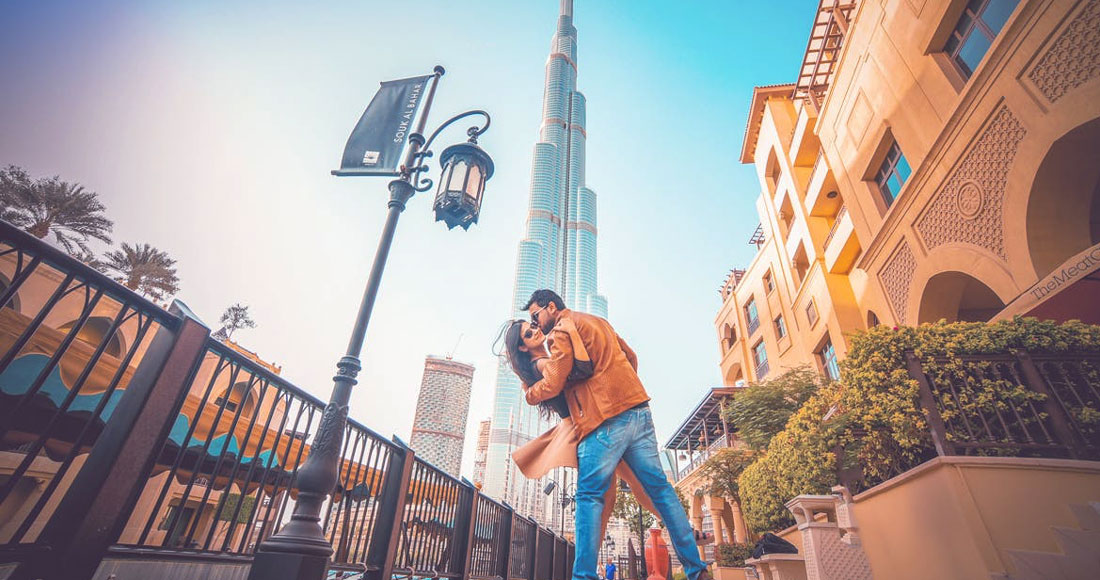 In a country where public displays of affection are illegal, how do you work out if your date is a good kisser? In an arid city that values modesty, what do you wear? In one of the richest economic hubs of the Middle East, how do you impress Tinder bae?

These are just some of the questions fresh-faced expats in Dubai face: how do you go about dating in the Middle East? Whether you’re a high flying executive, a globe-trotting backpacker, or an exchange student learning Arabic, this article will help you better understand the Middle Eastern dating mindset.

How? With the help of a resident. Enter Princess Dasha, a Dubai local who lived in New York for 10 years. We hit her up to compare the dating scenes of the two.

Take them with a grain of sand (or a hit from a shisha pipe); but these rules should help you take your search for love beyond the nearest hookah bar.

Rely On Your Personality, Not Your ‘Status’

One of the first things Sasha noticed when moving to Dubai from New York was an unattractive trend (on both locals and expats) where men rely on their ‘status’ to impress; “Two days ago a friend and I were approached in a festival mall by a man trying to get our phone numbers. He didn’t ask where we from or how our day had been, he just handed his cell phone and asked to please enter our numbers.”

“Not sure who he was (perhaps someone important since he expected things done for him without hesitation) I showed him my ring and politely explained that it won’t be possible.”

“My friend replied that she has a boyfriend, to which he replied that we should be friends with him instead. Then he offered to buy us food. He was basically refusing to take a no for an answer. In USA this probably wouldn’t have happened. Which is why, when it comes to dating I think in Dubai men are more persistent and prefer things their way.”

This means that there’s a chance (albeit a slim one) that your laid back attitude that marked you as “boring” or “lazy” back home may be seen as “suave” and “refreshing” here. But to woo a date you’re going to need more than that…

Don’t Rely On Alcohol As A Social Lubricant; There Are Better Alternatives…

“Unlike the USA, Dasha says, “There’s no party and no drinking, so your date will probably take you out for hookah or a beach picnic. Which, if you ask me, is more romantic.” You can howecver visit any one of the hotels or day clubs like Blue Marlin… if your date is into that.

There Are Options For ‘Shoestring’ Daters

Dasha recommends any aspiring Dubai daters download the Entertainer app. “This way,” she says, “If you get one meal; you get another one free.” Other than that, “Dubai Emirate,” she adds, “Itself is a fairytale, so anywhere you go, you’ll enjoy the atmosphere.

“The Dubai and Emirates malls are huge. Even if you spent the whole day walking around, you still won’t see it all.”

There is also a fountain show outside of Dubai every half an hour, which is “completely free” and “quite spectacular.” So if you’re on a budget, Dasha would recommend you “get some ice cream for you and your date and enjoy the show.”

But There Are More Options For Big Spenders…

When it comes to splashing the cash, Dasha says look no further than a night at the Burj Al Arab, where the cheapest room is around $3,000 per night. The hotel is considered to be one of the most luxurious ones in the world, and is built on the artificial island. And as Dasha points out: “Even the cappuccino there comes with real gold sprinkles.”

“Whoever said money can’t buy happiness hasn’t been there yet.”

Beyond that, there’s also the option of renting a yacht just for the two of you, which are rented on hourly basis: “So depending on the yacht size, your trip will come up to $5,000 (US) for the entire day.”

“My fiancé rented one for us 2 weeks ago. Enjoying our morning coffee while watching the sun rising over Atlantis took my breath away. The scene was beyond spectacular. The crew rolls over a red carpet for you upon arrival and takes some pictures. You play your own music and whatever food you bring they’ll make it for you. After you finish swimming there are showers on the deck.”

Dating (as you know it) isn’t really allowed here,” Dasha says, because religious laws mean you could “easily” get arrested for PDA.

“Holding hands in public is (only) okay between husband and a wife.”

For example, Dasha explained how her friend’s boyfriend was removed from her hotel room by hotel security: “10 minutes after he walked in, they heard a knock on the door. The security guard asked to see their marriage certificate, and being that they were only boyfriend and girlfriend, he was asked to leave.”

It’s also worth noting that although living under the same roof without being married is prohibited; “Often nobody checks on it, unless police receive a complaint.”

You’ll Need To Find Creative Ways To Show Your Affection

Although kissing isn’t allowed, there are other ways to get close, with the key to showing affection in public being, “To be safe and do it in a non physical way.” For example Dasha says you should, “Look out for each other and show them how much you care, let’s say by making sure your partner isn’t spending too much time under the burning Dubai sun.”

“Send them a poem in the morning and your favourite romantic song at night,” she says, and (unless you’ve found another rule breaking expat), “Leave the physical part for when you’re married.”

When It Comes To Meeting People, The Internet Is Your Friend

When it comes to finding a date, your first port of call should be the “countless social networks” that bring people together in this cultural melting pot.

“Even my fiancé,” Dasha tells us, “Found me through Instagram when I was living in New York and flew over for dinner.” Also: “Snapchat allows you to add a snap code to your stories which allows strangers to scan it and then add you.”

“After a small online chat, people normally decide to grab a coffee or take a walk in the mall—and that’s how you make friends.”

“There’s nothing wrong with randomly chatting with strangers (in person) though,” Dasha adds. “If you think about it, some of the closest people in your today’s life at some point were complete strangers to you. In Dubai people are extremely friendly and helpful, so I don’t think anyone here would struggle making friends.”

Expats Should Dress Well For A Date, But Nothing Too Flashy

“If a man has a sense of style and is not trying to show off by wearing a bunch of brands; it’s fine,” Dasha says.

“I personally find it tasteless when on a first date he’s wearing a bunch of diamond, or gold chains and bracelets just to show off.”

However, “Make sure you aren’t overdressed as the weather is over 35 degrees celsius most of the time, so a 3 piece suit would only look relevant for a business meeting.”

For the ladies, Dasha recommends you, “Dress modestly and respect the UAE culture.”

If You Get Serious With Someone, They Might Introduce You To Their Parents Sooner Than You’re Used To

At what point do you introduce a partner to your parents in Dubai? According to Dasha the protocol is: the sooner the better. Or at least, “As soon as you realise he or she is the one.” This is because, she explains, “In Islam there’s no future or marriage for a couple without both parents blessings.” As an example she says, “I let my mother and father speak to my fiancé on the 6th day of meeting him. And that was one day before he became my fiancé.”

This fast-forwarding of the “meet the parents” process occurs, “Simply because if your parents don’t agree with your choice there’d be no way to continue, at least for us. So, if your partner is taking too long to introduce you to his or her family, it might be that he or she isn’t ready for anything serious.”