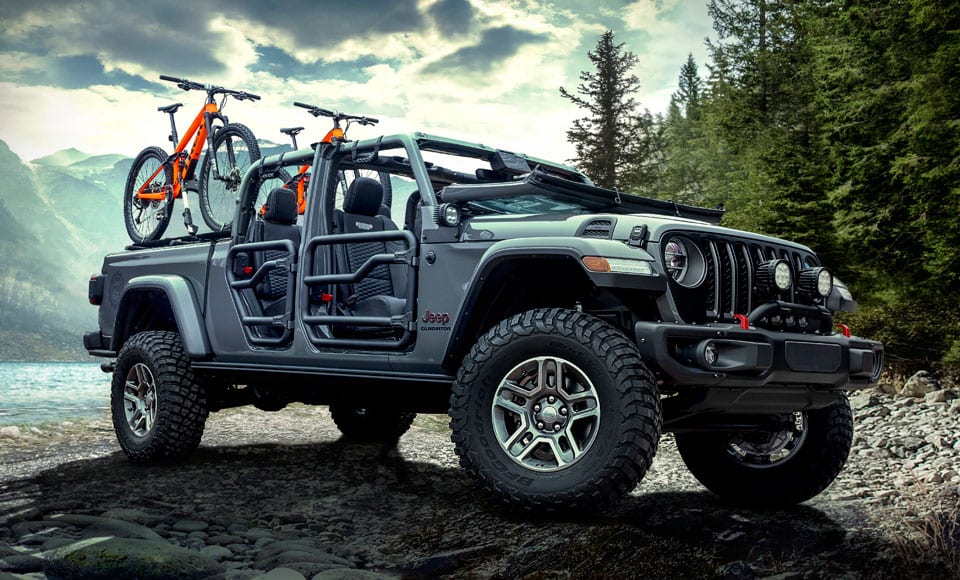 Forget about the iconic Hummer. In 2018 it’s all about off-roading utes with enough boot space for a Jacuzzi. It sounds like something Dan Bilzerian would dream up, but it’s not.

Last night at the L.A Auto Show Jeep unveiled their brand new Gladiator, a car which wouldn’t look out of place on a wild safari tour or an overzealous hip-hop music video. The vehicle itself is based off the current generation JL Wrangler but built on a new frame complete with upsized axles, brakes and wheels.

In figures the car is 787mm longer than the largest standard Wrangler and 493mm wider between the axles. This makes for a silhouette that is larger in every way to existing model.

Powering all four wheels is the current generation Pentastar 3.6-litre V6 which affords 213kW of power and 353Nm of torque. Drive meanwhile is sent through a six-speed manual or eight-speed automatic.

Those after different power units will have to wait till 2020 when the Gladiator will be offered with a 3.0-litre V6 turbo-diesel with 194kW of power and 599Nm of torque.

Functionality-wise the car will be able to tow up to 3,470kg with the Max Towing Package and can drive through water up to 76cm deep.

The Rubicon model will once again be the range-topping variant with Fox aluminium shocks, full-length rock sliders to protect the longer undercarriage, optional steel bumpers and optional 33-inch mud-terrain tyres.

Those keen can expect to see the car locally in early 2020. 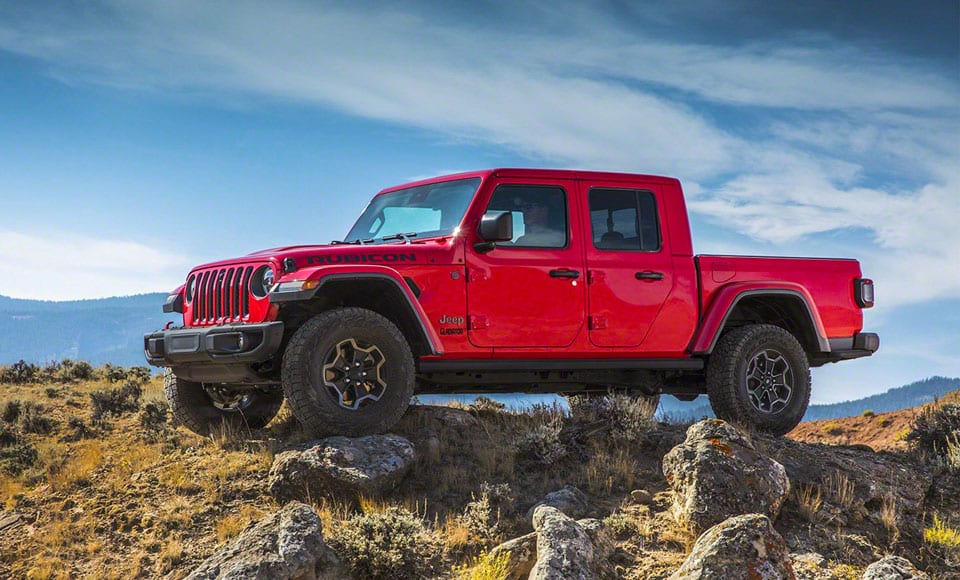 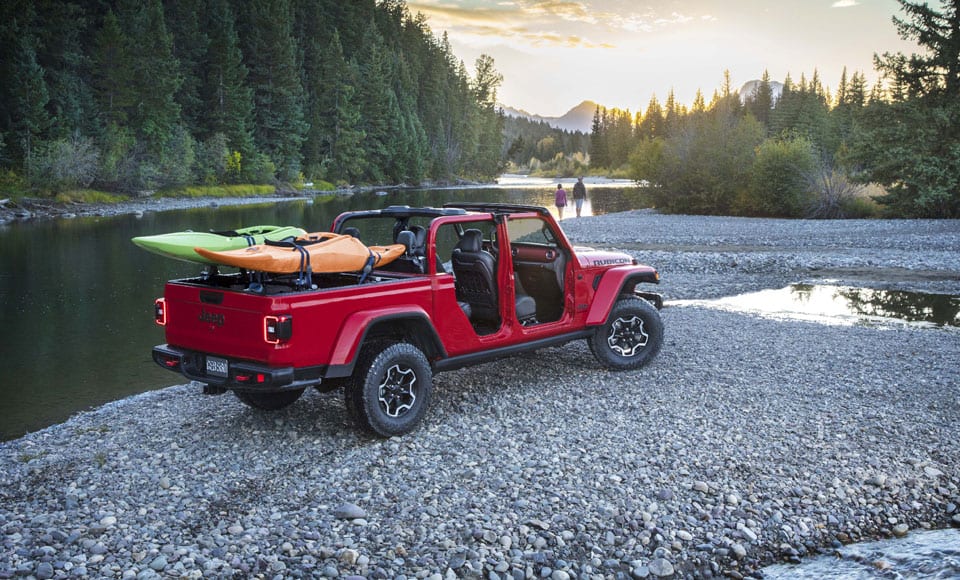 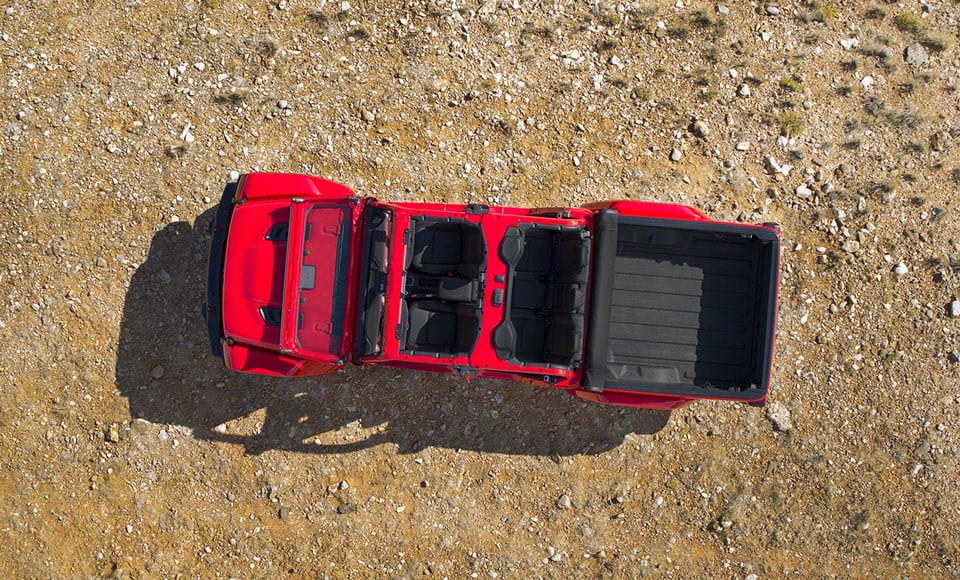 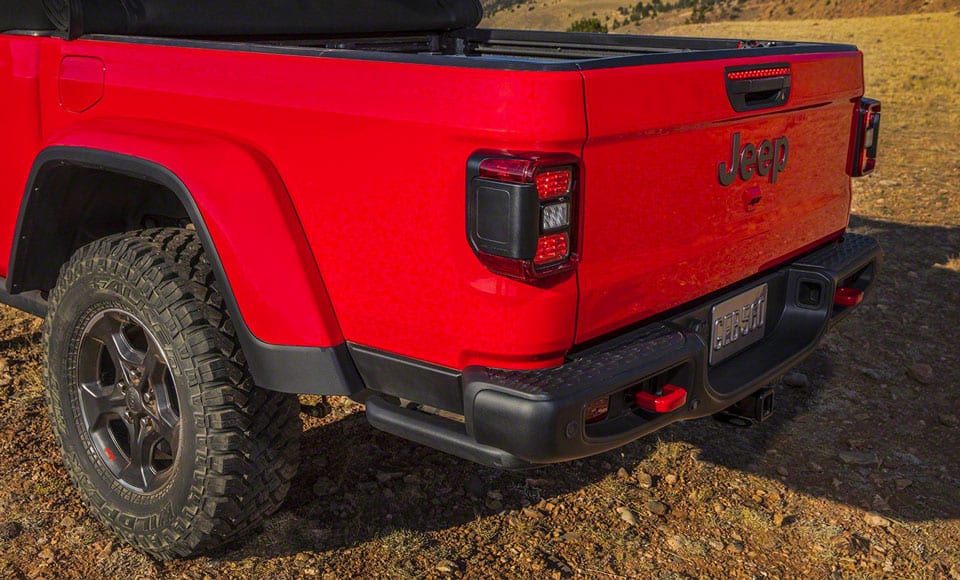 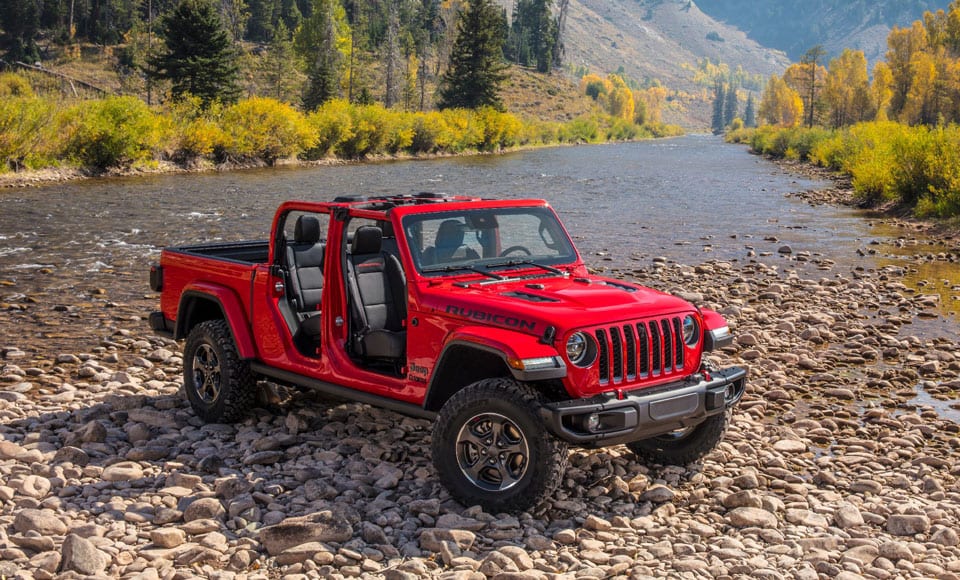 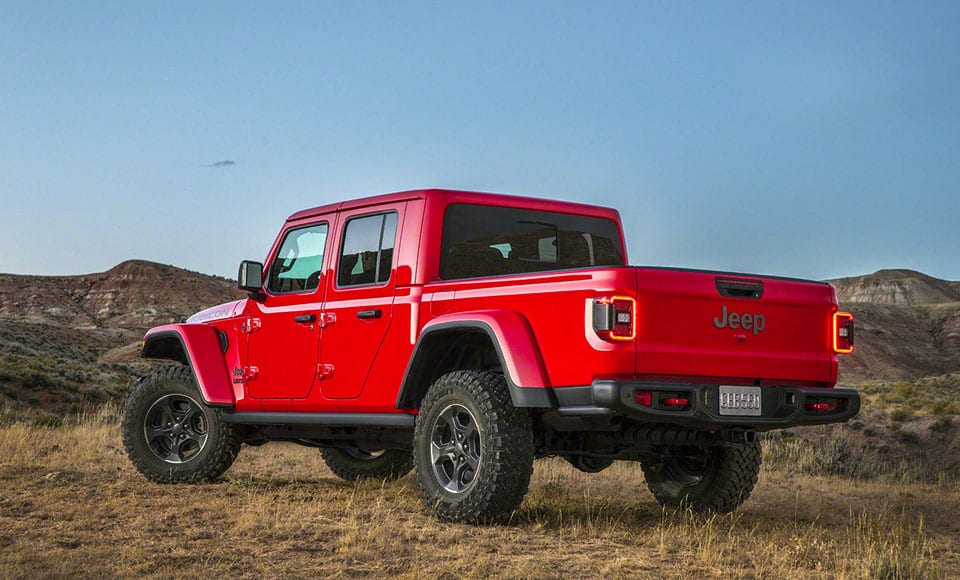 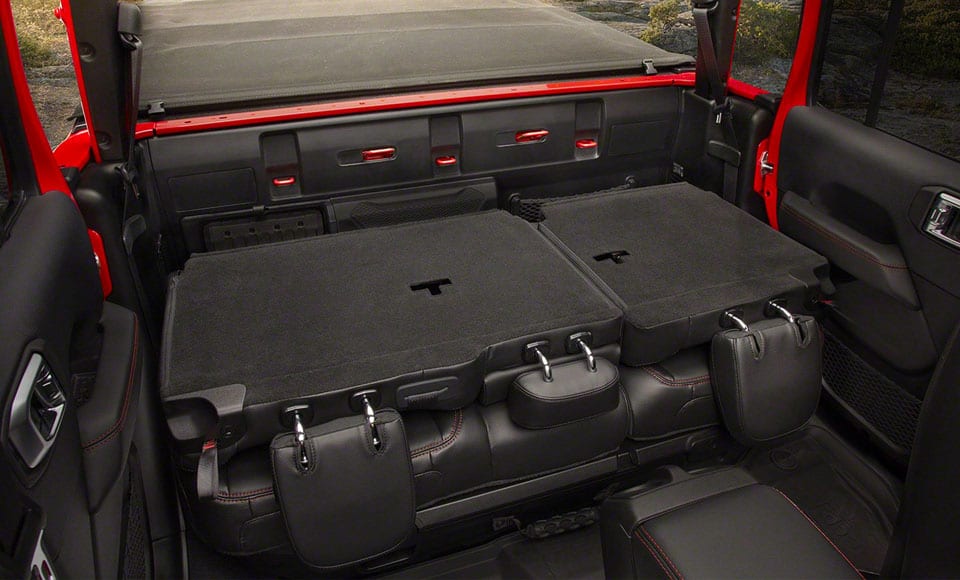 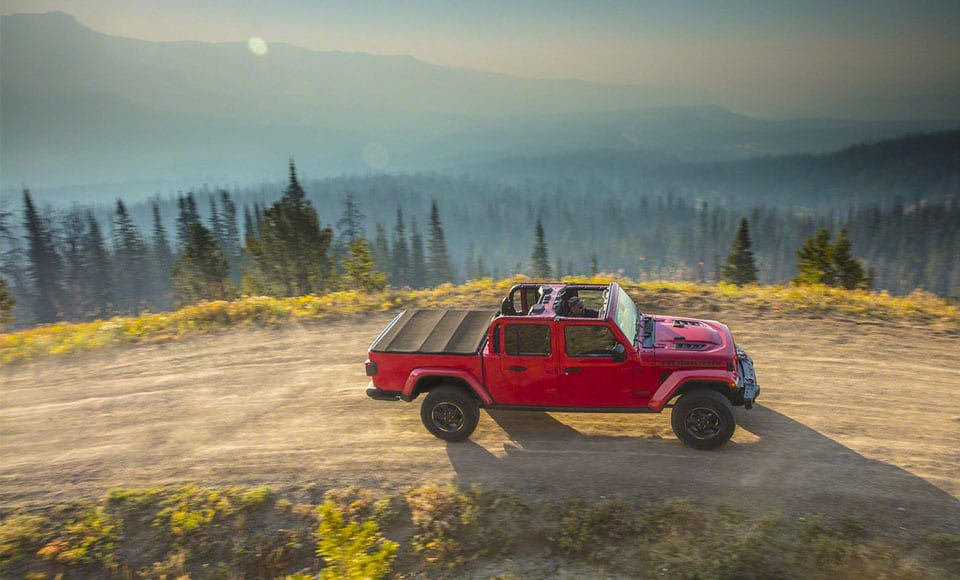 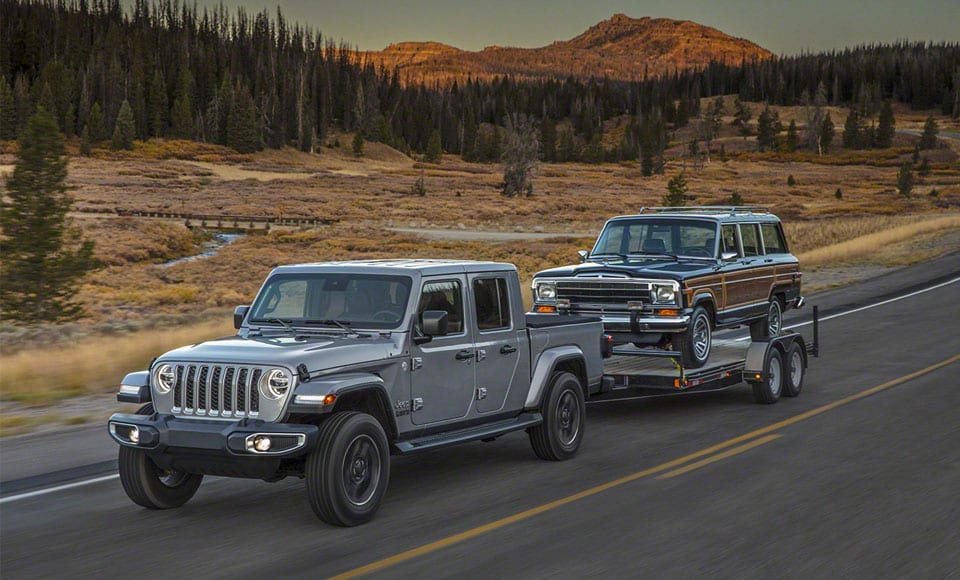 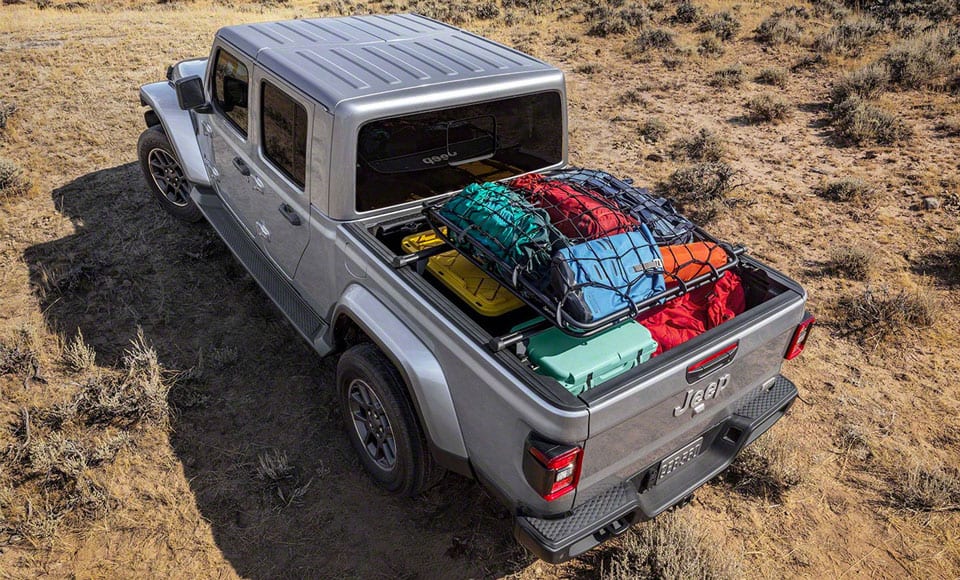 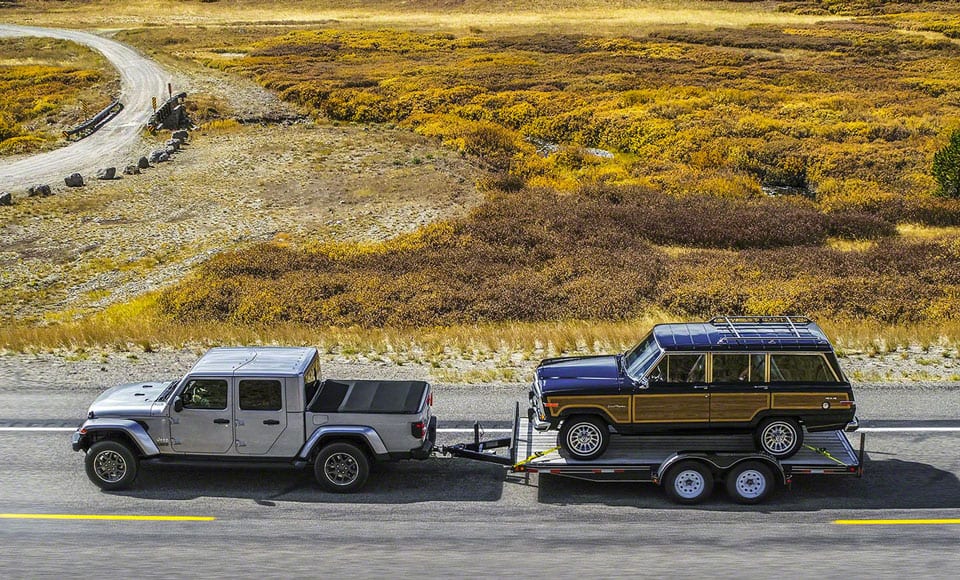 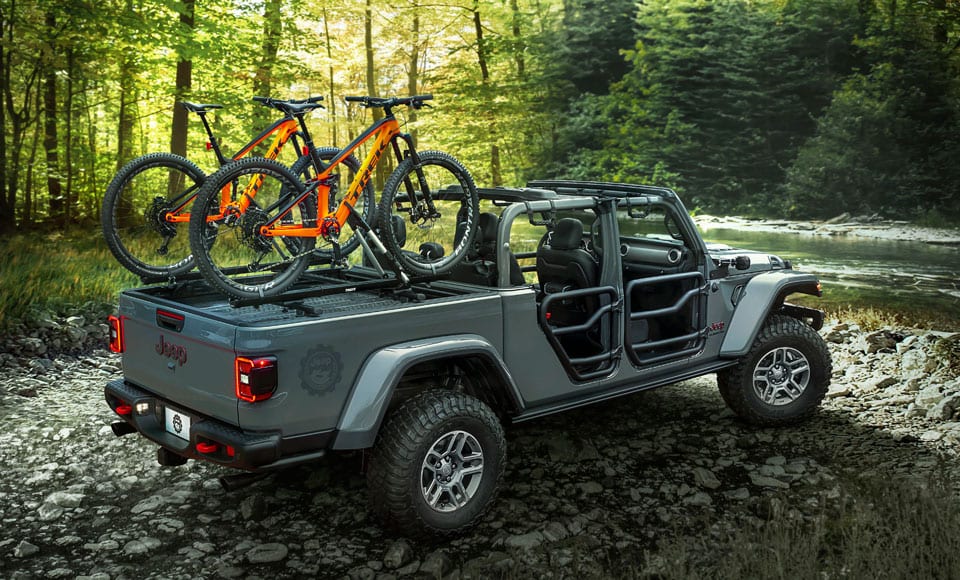