This Is What The Batcave For Bicycles Looks Like

Does it come in black? 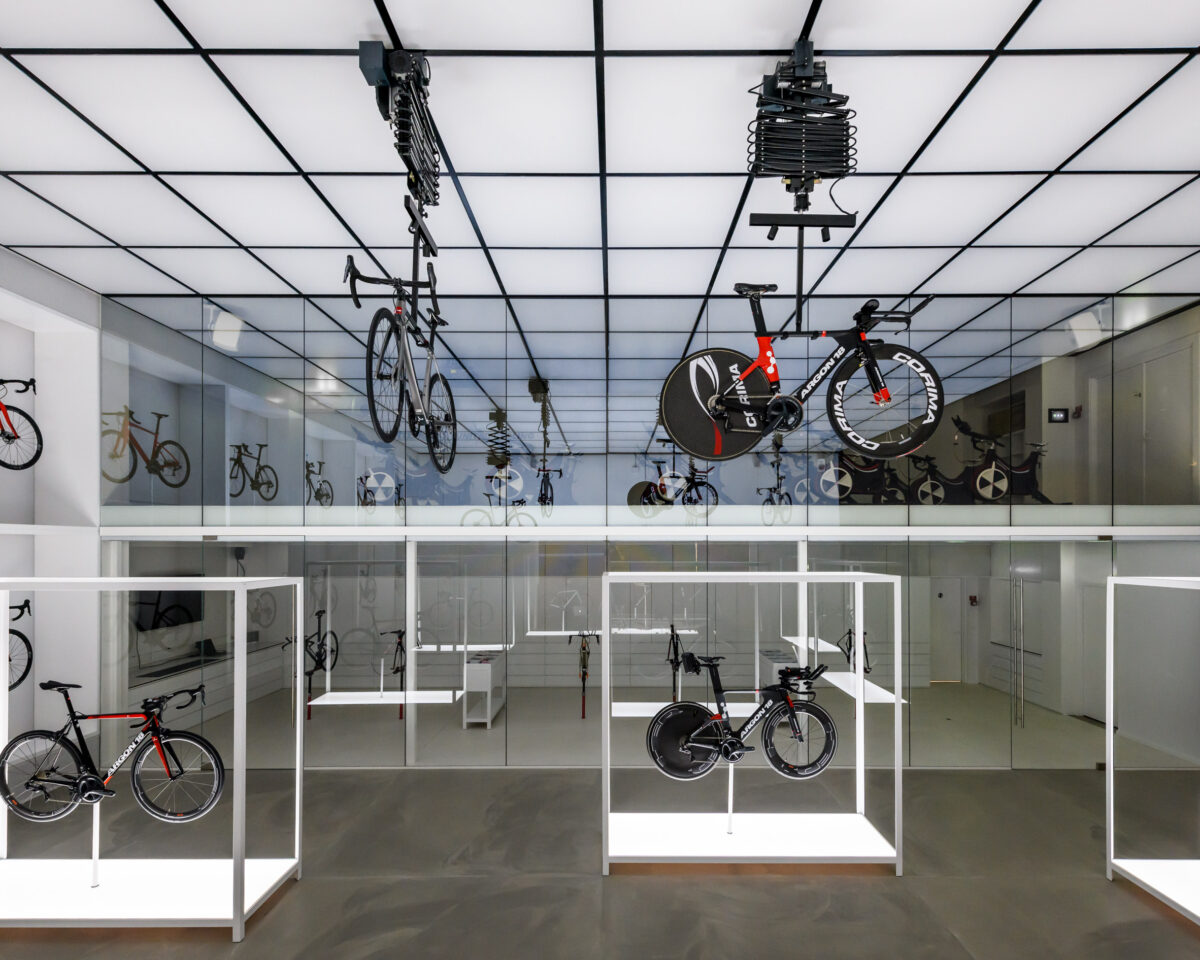 Bike stores clearly aren’t what they used to be. That’s if you’re comparing it with the newly unveiled Johannes Torpe Studio bike store, a futuristic shop located in Copenhagen which looks more like Bruce Wayne’s bat cave.

The striking retail space features an arsenal of interior design touches which will leave any IKEA junkie blushing. For starters, the ceilings are lined with gridded illuminated panels complete with mechanical hoists attached to the ceiling.

According to Dezeen, the space was originally a storage warehouse owned by United Cycling – a distributor of high-performance bicycles for serious athletes and dedicated riders. With expansion ideas in the books, it was a natural solution to turn the1,650 square-metre building into a retail space and headquarters for the brand – with the help of Copenhagen-based design firm, Johannes Torpe Studio.

What they’ve created is a space which boasts a dedicated product showroom, workshop, bike-fitting area and lifestyle spaces like meeting rooms and a canteen.

“The result is a clinical and futuristic lab – a toy store for the passionate and serious rider. We call it a modern monastery for the science of cycling,” explained Johannes Torpe Studio.

“The design concept circles around the contrasts between nature and science and the meeting between man and machine.”

“This theme is particularly noticeable in the material choice were warm natural materials such as oak meet the cold industrial feeling of the floors.”

Check out the video below to see how the space was created. 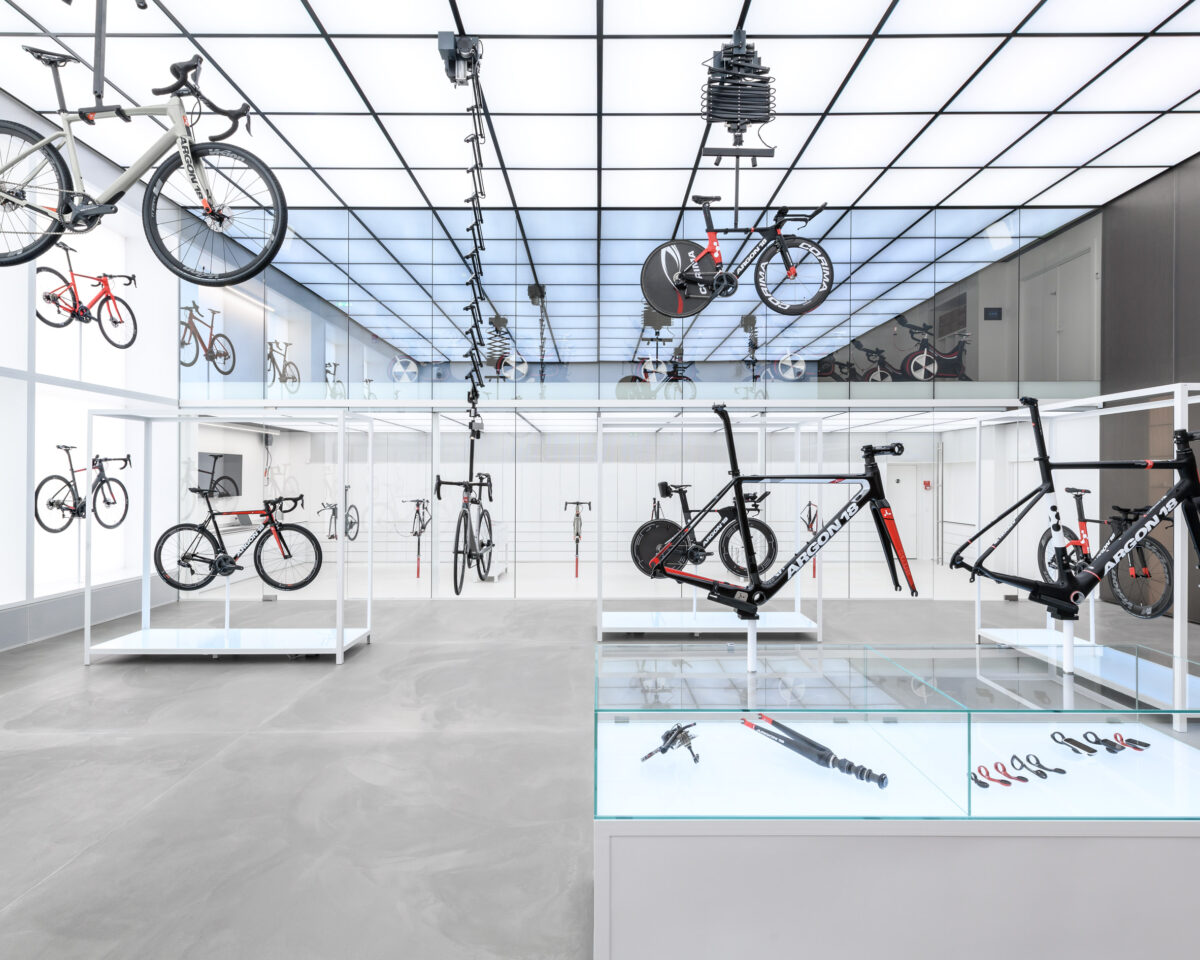 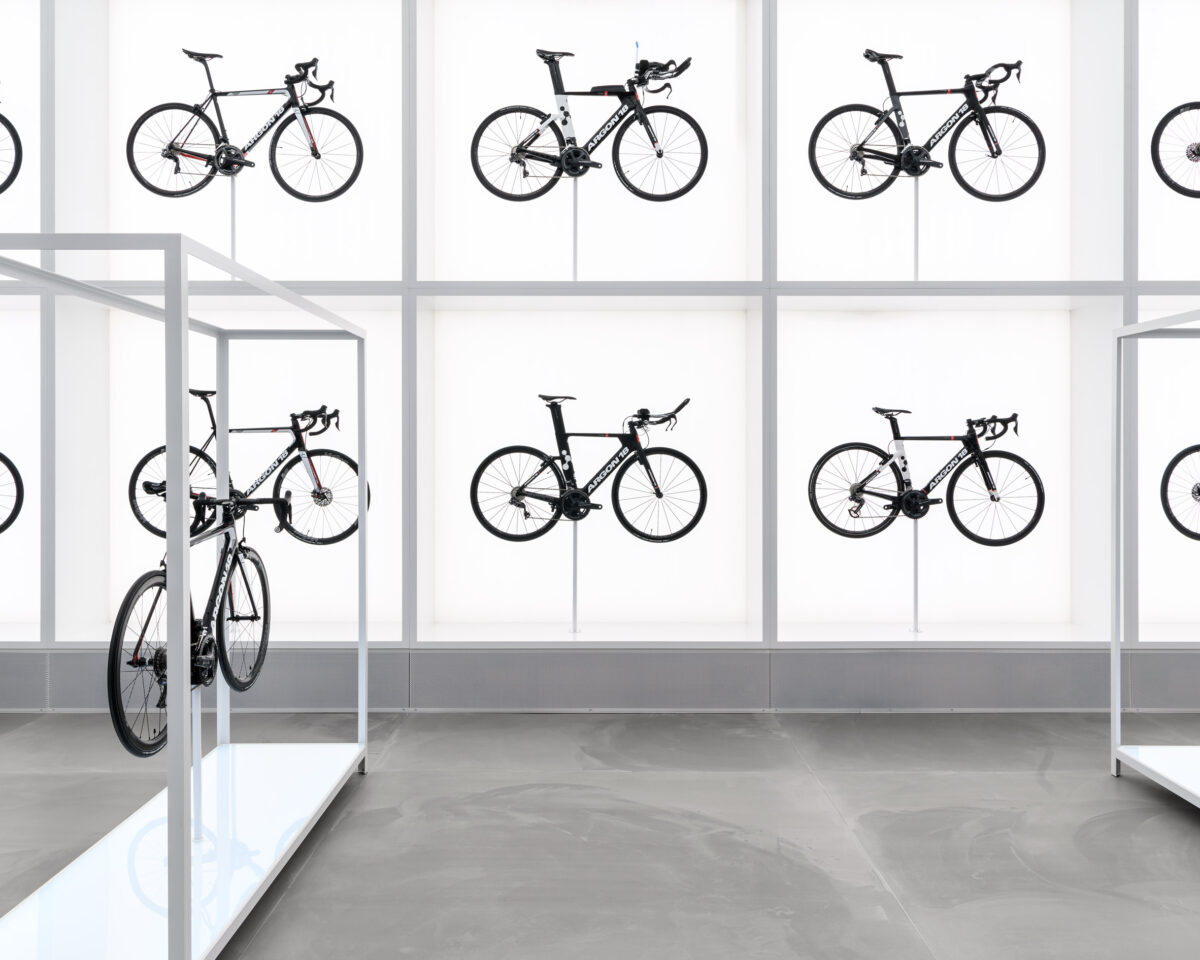 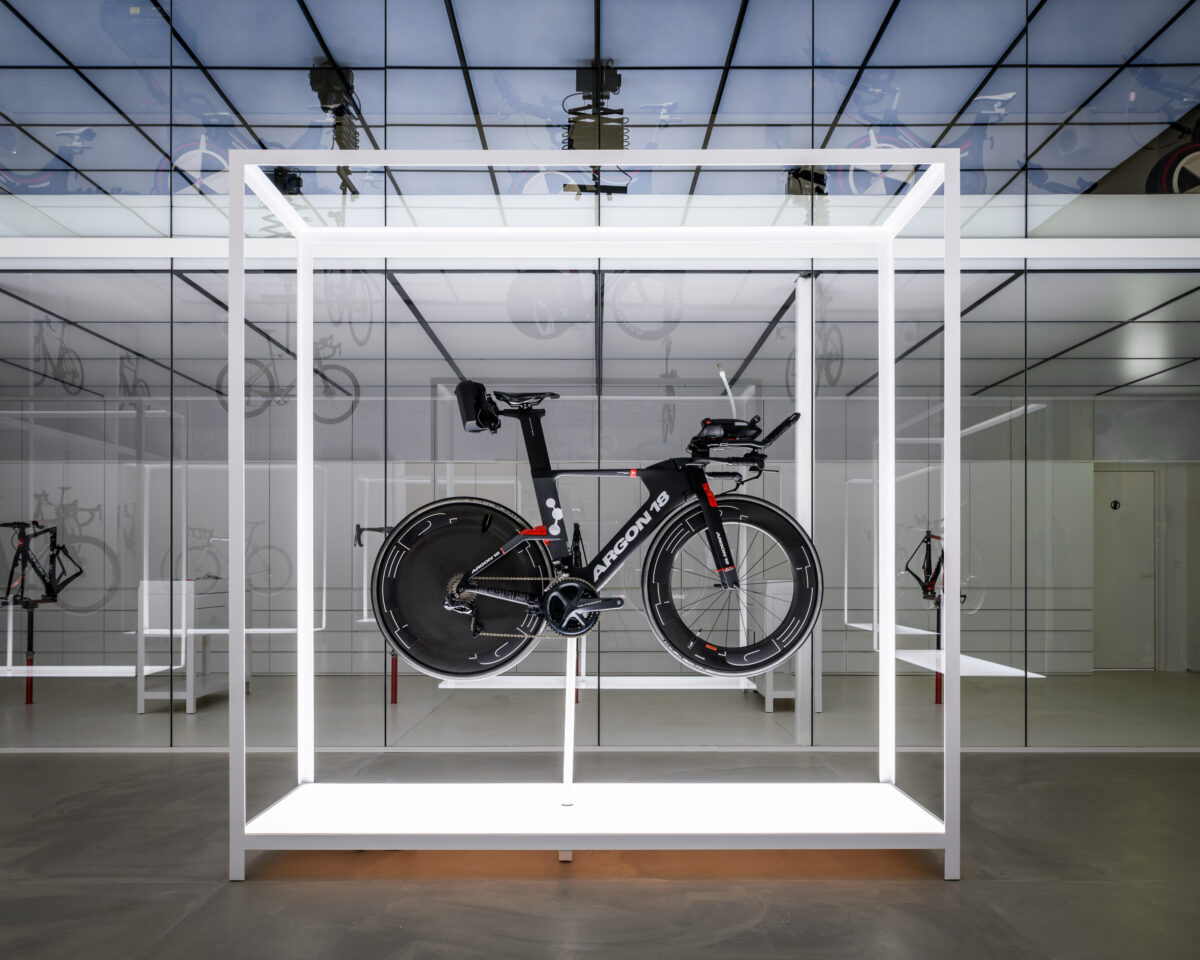