From ‘anti-date’ nights to being uncomfortably aware of each other’s tolerance to spicy tacos, these are the awkward realities of living together. 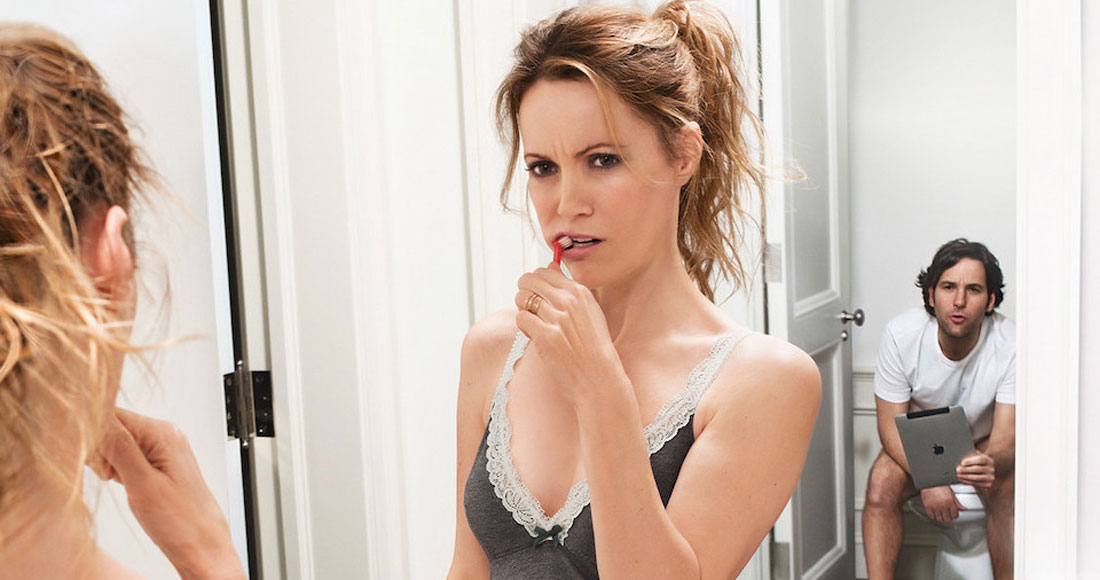 So you’ve bought the tupperware and invested in a joint Netflix account. That’s cute. But are you ready to face the awkward realities of moving in with your significant other?

Sure: there are some benefits to seeing the love of your life every day, but we don’t need to tell you about them; they’re what convinced you to co-sign the lease. But there’s more to living together than halved bills, lazy *wink wink* Sunday’s and not having to cook every second day.

There are also bathroom battles, conflicting schedules, passive aggressive texts and a gap between mess tolerances so big it makes the ‘Sanders vs.Trump’ divide look like a split hair.

And that’s before we even get into the weird sh*t, which will be different for every couple (don’t worry, we’ll give you a few juicy examples, just for good measure). So, before you get hung up on your particular kinks, here are the awkward realities everyone has to face when they move in with their partner.

“Marriage is all about compromise, she wanted a cat, I didn’t want a cat so we compromised and got a cat.” 🤣

You Will Slowly Grow To Resent Their Taste In Movies

Sharing a studio apartment with your dad and brother (if you’re a guy) or your mum and sister (if you’re a gal) would probably be a bit weird. But at least you wouldn’t get six months in and realise you haven’t seen a film you actually liked the whole time. Unlike reality TV shows (and melodramatic Spanish soap operas), which need little more than 30 seconds to reel you in, your stance on good cinema tends to stick with you. So make sure ~bae~ isn’t averse to a good action flick before you sign the dotted line (or invest in a second screen and a pair of good headphones).

After a while they’ll wear you down, and before you know it you’ll be asking for a mid episode recap of what you just missed when you come in late from work.

You Will Fight About The Washing Up

You’d think moving in with your partner would be a breeze compared to the share house stand offs that develop around a kitchen sink. After all, when you’re only living with one other person, it’s pretty obvious whose mess is whose, so it’d be safe to assume the Cutlery Cold Wars are over, right? Wrong. Unfortunately, due to this pesky little bug in our system called “human nature,” we end up arguing about this anyway. Popular argument starters include:

You Will Get Lazy About Dating

Alright; we could go to the movies and spend $60 to sit with teenagers who just discovered Noisy French Kissing and Hoyts “membership card owners” who saw the film yesterday and point out what’s going to happen next after each scene, or we could stay at home and stream the exact same thing for free. You do the math… Also: although many a hysterical website has warned against the dangers of “not going out on dates as often,” we’d argue it’s the quality of the date that counts, not where you spend it (in other words, if the TV’s off, it’s a date!).

You Will Hear Each Other Go To The Toilet

You’ll hold it off for as long as you can, but eventually the time will come where—whether they came home early and you get unlucky, or you simply (forgive the pun) stop giving a sh*t—your partner hears something resembling a drowning brass band emanating from the bathroom.

You Will Need To Schedule An Anti-Date Night

Forget date night—when you’re living together 24/7 it can actually be helpful to schedule some quality alone time. Yes: spending time together is important too: but that’s not an awkward reality (if it is; feel free to add it to this list, then go re-consider your relationship).

When you first move in together you’ll find yourself switched on all the time, never letting your guard down, keen to make a good impression etc, etc. Eventually though, after a hard day at work and a bad night’s sleep your whisky addiction/wide vocabulary of expletives/lack of patience for your partner’s snoring will become all too clear.

It’s Friday, you just smashed this week’s to do list out of the park, and you can’t wait to order a never ending stream of Espresso Martini‘s with your partner. Unfortunately they are moody, stressed, and don’t want to go out because they have work in the morning. This sucks, but hey: that’s what friends are for.

You Will Want Attention At Different Times

You’re hyped up on your epic (if you do say so yourself) 2Pac playlist, bopping home from work, ready to hit the gym and rinse your mind of every excel spreadsheet you looked at this week. Enter bae, who’s upset you didn’t kiss her goodbye this morning and wants to have an intense d n’ m (for those that don’t speak “words that were cool five years ago,” d n’ m = deep and meaningful). On the other hand, when you are struck with a profound emotional thought, your partner will most likely be out with mates, neither able nor willing to engage in a paragraph long text saga.

You Will Crave Junk Food At Different Times

The battle of cravings can go either way. Either the “craving-less” individual can veto the other partner’s incessant suggestions of  UberEats and Ben n’ Jerry’s, or the “fat bastard” partner (#guilty) can convince the formerly healthy partner that “donuts are basically just bread” and “if you think about it, fries are really just potatoes…”

You Will Spend More Time Together, But Appreciate It Less

Disclaimer: you should try and avoid this. But science has shown the greater exposure (and easier access you have) to something (or in this case, someone), the less you appreciate it (or them). Unfortunately this leads to you listening to about 50% of your partner’s daily debriefs, caring about 15%, and retaining only 5%. The best way to stop this happening is to acknowledge the inevitable, and make a conscious effort to show each other why you got together in the first place (if you can’t afford a spontaneous romantic retreat, bake ’em some chocolate biscuits). Alternatively: listening works a treat…

You Gain A Reputation As Being Flaky AF

If one (or both) of you is an introvert, you may end up with a reputation for bailing on/leaving early when it comes to social events. Fortunately, there is a solution: suck it up and ~socialise~. Or maintain healthy separate social lives.

You Will (Probably) Fight About Money

Until you get a joint account where you deposit an equal amount each month, to go towards those pesky things that keep you alive (shoutout to Energy Australia, Coles and Netflix) you will probably have petty money arguments. On the bright side, if you don’t have (or want) a joint account, it’s no guarantee to stop the arguments (“Did you really just use my organic bio-engineered shampoo to wash your armpits?”).