A Woman Reveals How An Open Relationship Broke Her Man

Oh and he was the one to suggest it… 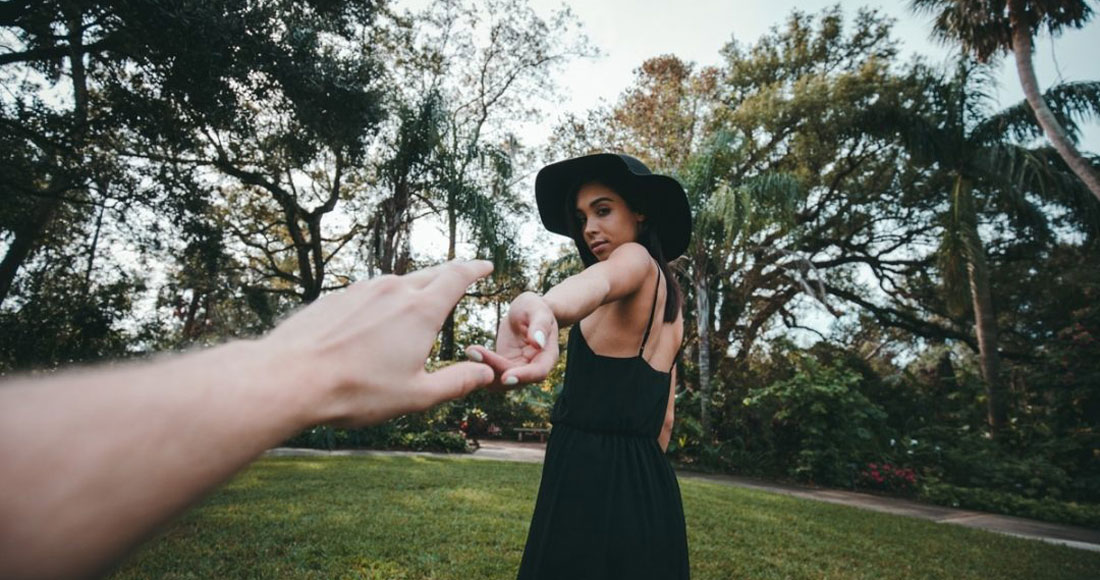 Depending on your mood, the thought of opening up your relationship could either inspire Tinder-scrolling excitement or stomach-turning terror. The best and worst of your human instincts brought out, only to be shut down by the thought of everything that could go wrong.

Most couple’s reach this point and pull the handbrake: either by sticking to their monogamous ways, or by breaking up and going solo. A growing minority, however, have decided that these two lifestyles don’t have to be mutually exclusive—and neither do they.

In other words: they start an open relationship. And although the stereotype is “the road to hell is paved with good intentions,” online forums like this (and this) Reddit thread prove that “ethical non monogamy” is not always a complete disaster.

“I came to non-monogamy for the unrestricted number of concurrent sex partners, but I stayed for the radical honesty.”

One Reddit thread posed the question, “Non-monogamous redditors who used to be strictly monogamous, what changed your mind about sharing your partner?”

Responses ranged from critiques of conventional relationships; “Every monogamous relationship I had been in often required me to avoid expressing my feelings and desires for fear of angering or offending my partners,” to promotions of the “open” attitude; “With nonmonogamy, radical honesty comes part and parcel.”

People in open relationships explained how, “You have to be completely honest and vulnerable if you want to explain why you want to see someone else,” claiming, “It forces you to be completely transparent with your wants while being absolutely receptive to your partners.”

“Many people feel trapped by the unspoken understanding in many modern relationships that making the other person feel good is more important than expressing yourself. It’s unnecessary martyrdom, and it leads to resentment.”

They were also quick to point out that radical honesty isn’t just “speaking your mind” and “telling it like it is.” According to them, “Those are the catchphrases of abusive assholes,” and real honesty is, “Expressing yourself while simultaneously feeling empathy for the listener and fully expecting to get feedback that may upset you.”

“It’s very hard, and I don’t pretend to have mastered it. But, you guys, it is so freeing!”

More detailed tips included, “Regarding the particulars, we are both interested in short term sex only, neither of us are looking for an actual side relationship. We always use condoms with outside partners. We always talk about what we are planning before we do it to make sure the other partner is okay with it, and we can ‘veto’ people if we so choose.”

I’m very jealous & possessive, I can’t be in a open relationship

“We also make it a point to keep approximate parity in the number of partners,” one user said, because they found, “It is much easier for a woman to find someone interested in casual sex, so I let her know I would probably feel pretty resentful if this situation were to become too skewed.”

Which brings us to today’s Reddit thread, where one woman explains how her fiance’s open relationship suggestion spectacularly back-fired, posing the question: “Fiancé (27m) wanted to try an open relationships, not my first choice but I agreed. Now he’s throwing a tantrum that my “bodycount” is 20x his and wants to add rules. Is it time to just cut my losses and move on?”

“I’ve been with my fiancé for 4 years, I love him and used to respect him but his recent fixation on this dumb subject has really hurt my respect.”

She goes on to explain how her fiance found out his friend had slept with 100 women prior to getting engaged, which inspired him to propose an open relationship. “At first I was disgusted by the thought,” she says, “But I agreed after he threw a major meltdown.”

“So I started going out with friends,” she continued. “The first few guys I was so nervous because I’d (only) been with 2 guys (including my fiancé) prior. But after I got over the nerves I realized when there’s no pressure to start a relationship, I’m really good at picking up dudes and sending vibes that I’m DTF.”

“I’ve been with 42 guys in the past year. I never thought it would happen but I’ve enjoyed myself immensely. But honestly I’d be ready to stop.”

Meanwhile her fiance lacked the social wherewithal to make his open relationship dreams a reality, notching up just, “Two really bad hookups from dating apps,” so when they had the “where are we” discussion, he had another meltdown, repeating, “You’ve slept with 20 times the number I have? 20 TIMES!?”

In response she suggested they go back to monogamy. Her fiance refused, but now wants to impose a “rule” that she take a break “until he gets to 10.” Then from that point onwards, he suggested she go out and meet someone new “every five new girls he sleeps with.”

“To me this is goddamn ridiculous,” the woman explains; “Part of the fun of this was the independence and not checking in… Now he literally wants me to keep a log and then when he hits like an achievement then I can do my thing. How shifty is that?”

“In all honesty, I don’t want a relationship where we have to compare numbers, let alone f*ck other people. I want a normal life with kids and a house and dog. What are we supposed to say: I watch the the kids until you f*ck five women then it’s my night?!”

Veracity of this story aside (remember: this is Reddit), it raises a number of important questions anyone considering an open relationship will need to deal with: how do you deal with uneven desires (and success rates)? Luckily for anyone in this situation, other Redditors had some helpful suggestions (and real life examples).

“We discussed this all for a while before we put it into action so we could set these expectations and work on some issues in our relationship first. We probably just kept it as just something we were considering for about 8 months, and have been active about the last year. So far, it’s worked out well for both of us.

“Even if we chose to stop doing this, I feel like our communication as a couple has greatly improved.”

And then there were others who were going through the same thing, and handling it just as badly: “I always thought that I would be the one who had an easier time with the other person sleeping around, (so when) my girlfriend suggested an open relationship… I leapt at the chance. But (straightaway) she has slept with the same guy twice, and (now) I am really finding it hard to deal with.”

“I spent the next few days wanting to break it off (the open part), but feeling like I needed to ‘get my own back’ first, which I know is really unhealthy.”

Moral of the story: open relationships can be as tricky as they are rewarding. So suggest it at your own risk. But for now, can we all just take a moment to consider the real problem: the sheer selfishness of everyone involved in an open relationship.