The Most Hilarious Reviews Of Rome’s Worst Hotels

There’s something about a bad experience that really brings out people’s poetic side.

When you think of Italy, images of the Colosseum, the Vatican, impromptu romantic encounters and the phrase, “When in Rome,” probably spring to mind.

Unfortunately that’s not the case for everyone.

While some TripAdvisor gripes can be put down to “people who have no idea what a budget hotel is in Europe,” other are all too valid.

Here’s a comprehensive complaint-down of the three worst hotels in Rome. 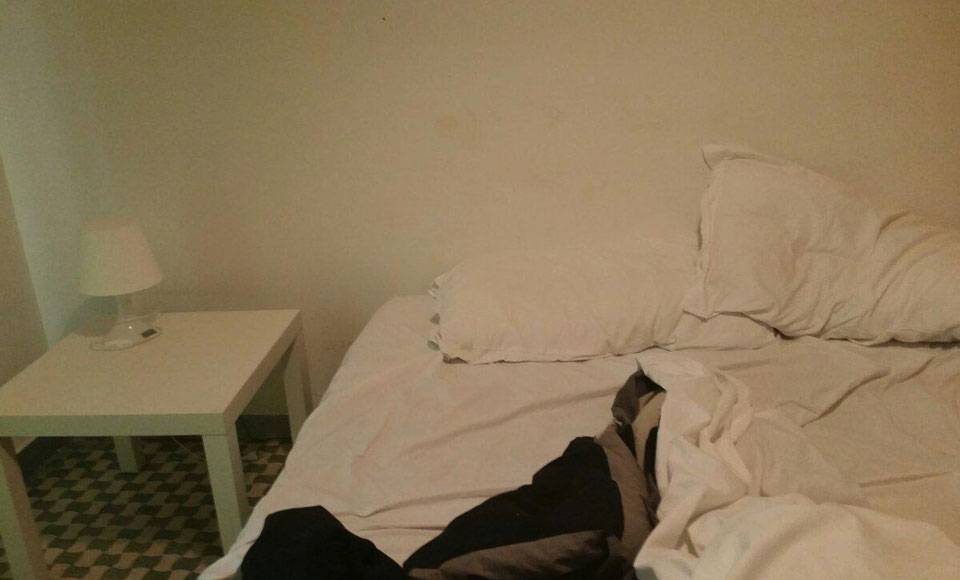 “Cheap not cheerful: a tale of budget hotels and lessons learnt.”

However, as almost every single review points out, it’s no where near Rome’s city centre.

Whether they were mislead or booked without checking the location properly remains to be seen. But either way the comments left on Tripadvisor make highly entertaining viewing.

“This hotel is very, very far from downtown. The website says that the city centre is about 15 minutes which is not true! The hotel is in the edge if the city and it takes about about 40-50 minutes to get to towntown (downtown). The buses come in every 20-25 minutes…”

Another guest summed it up more succinctly.

“2 weeks after my body is still recovering from the horrible beds.”

While yet another felt obliged to share a tale of Homeric proportions, describing the Odyssey that was finding the place.

“The following day, the arduous journey from our cesspit began and we spent the daytime in the centre of Rome,” the story begins. “On our reluctant return to hotel Villa Theresa our concerns escalated when an unidentified male at the train station followed us around then approached us asking invasive questions.”

“Once on the bus for the second leg of our journey,” she continues, “What we believed to be a bus conductor rushed us off the bus in a dark unlit side street, our suspicions intensified then once again another female heroin came to our salvation telling us this man intended to take us the wrong way.”

“Crisis averted for the second time in 40 minutes we were off down the road headed for Villa Teresa.”

“To confirm we were headed in the right direction (we could not to be sure after the evenings events),” the story continues, “We asked a woman on the street if we were on the right track. On closer inspection the woman who was shrouded in darkness appeared to be a woman of the night.”

“The problem of sex for sale became a personal issue once we were propositioned twice by two cars whilst waiting for the bus.”

And even once they arrived their ordeal wasn’t over: “We awoke the next day to find we had been mauled in the night by what we can only assume were bed bugs. A great number of ants enjoyed the remnants of drinks we had the previous evening.”

Our final guest, presumably English, had just as bad of a time, summing it up in classic British fashion: “Nowhere to eat after 5 o’clock. You can’t order drinks from the bar. I’ll never return.” 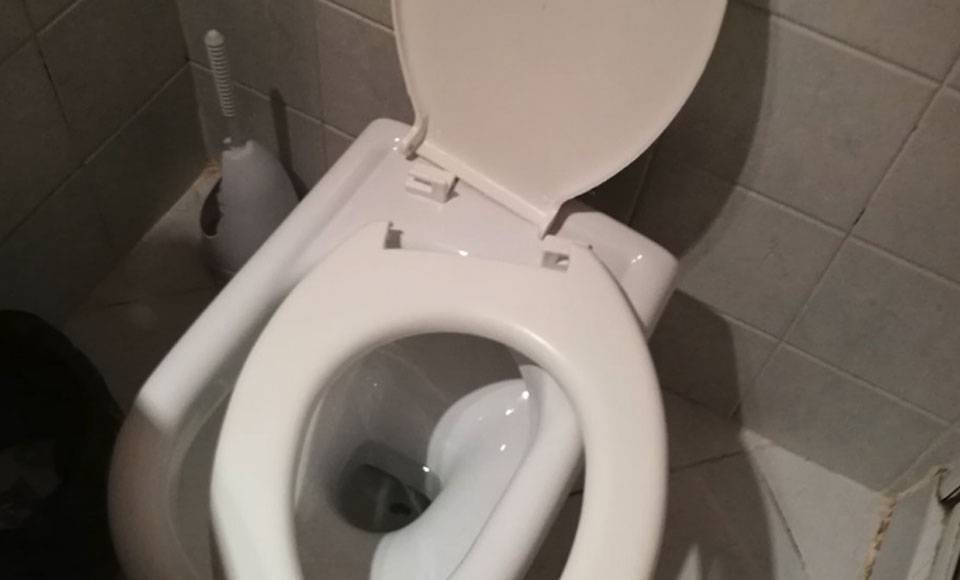 The ideal solution for your stay in Rome, at an affordable price…

Hotel Tre Stelle calls itself, “One of the most popular hotels in Rome!” providing you with, “All the convenience that other three star hotels do not offer.”

Surprise surprise: its customers disagree, with 37% rating it terrible, 21% rating it poor, 23% rating it average, 14% rating it very good and just 5% rating it excellent. But the glowing reviews are no fun, so shall we skip to the disgruntled guests?

“Room Tip: There are NO good rooms.”

Although some of our aggrieved Tripadvisor friends warmed up with petty complaints like, “The shower goes hot, cold or not – depending on who else is using it,” and “TV is at least 15 years old, still works and if you like Italian channels is fabulous!” the real issues came out soon after.

“Me and my friends had doubts to lay down on the bed as long as white sheets were grey.”

“All showers were covered in mould,” one review reads, “Bedding on the first room, top cover had holes. First room had no window. All walls were grubby.”

This seemed to be a common theme, with another guest commenting, “Bugs and dirt all over the floor, tv doesn’t work, shower door falls off in your hand, sink cracked, mirror cracked, curtains had mould all over them, the mattress was less than an inch thick and as soon as you sat down I’m surprised we didn’t fall through it.”

Oh and, “The walls are paper thin so you can literally hear everyone else in other rooms, word for word!”

“This isn’t just a low star hotel. I think a hostel would of been better.” 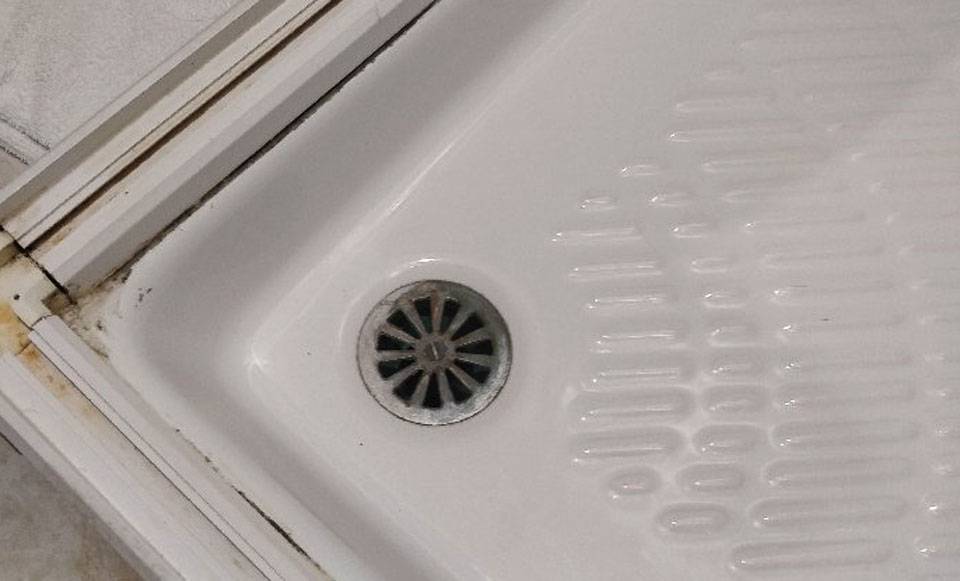 “We had our own bathroom.” And that’s about where the positives stopped for one unfortunate couple, as said bathroom, “Had mould growing around the cistern and around the shower tray.” Not only that but, “The light switch had a selector missing leaving exposed cables in the switch box.”

“It is still quite close to termini station, and the main monuments are walking distance away but sadly the thought of returning to this dive at the end of the day extinguished all excitement and optimism I had for Rome.”

“Next to the bed,” another guest pointed out, “Was a power socket with the switch box missing leaving exposed power cables and a light socket had been previously damaged with a light fitting hanging out of the ceiling.”

“Comparing this to staying in some 1 and 2 star bunkhouses and terrible camping locations I’ve stayed at in the past, I would not suggest this to even someone who just needs to use it to get their head down for the night. Especially considering they attempted to charge us €240 for the pleasure!”

Moral of the story? When in Rome: book wisely.

RELATED: The Most Hilarious Reviews Of London’s Absolute Worst Hotels