Conor McGregor Rocks His Most Conservative Yet Sharpest Suit Ever

Conservative is the new black. 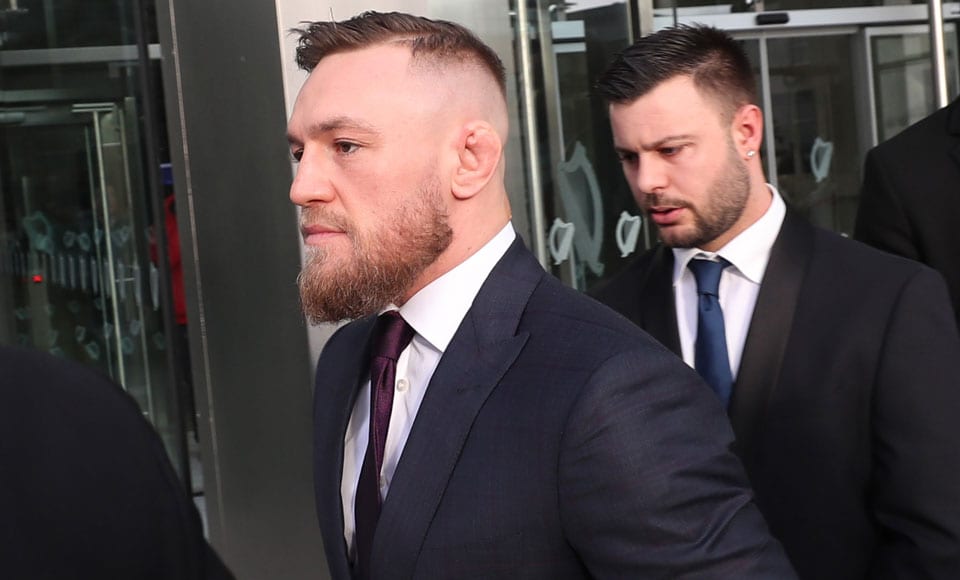 Well he’s back again. Back in court that is. Conor McGregor was seen in Dublin overnight attending court for minor traffic offences which included driving without insurance or a licence.

Forget about that though. What grabbed our attention was the fact that it’s the first time McGregor has rocked a suit which isn’t overly ostentatious or have the words ‘f*ck you’ stitched into the fabric.

The 30-year-old mixed martial artist instead kept things simple with a dark charcoal suit paired with a white dress shirt, violet knitted tie and black dress shoes. That’s right – no dazzling Rolex with jaw-dropping price to match, no elaborate pocket squares or lapel pins. This was Conor McGregor stripped back to bare basics and he somehow still managed to make it look decent.

It’s not something you should get used to though as David August, the Irishman’s personal tailor, is always trying to create the next big talking point in men’s suiting whether it’s good or bad.

The pared back look does prove that McGregor still has some respect for the law though. And for his efforts, his charges were dismissed…naturally.

Need more purple in your life? Check out the gallery of more men who rocked purple with style.

1 of 10
Conor McGregor's most conservative look yet? We think so. Take a look at the slick purple inner-lining. 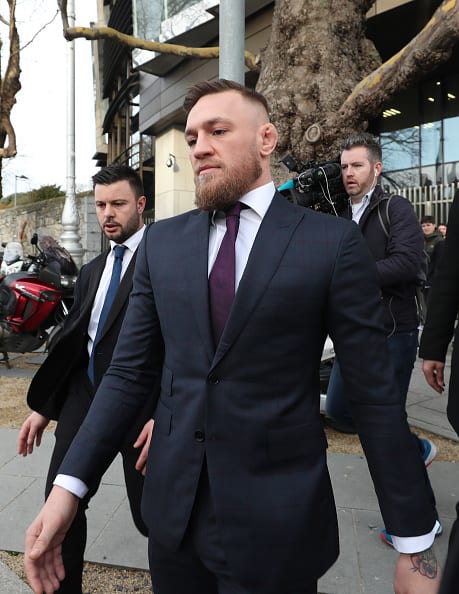 2 of 10
Notice the lack of prints, patterns or shiny things. 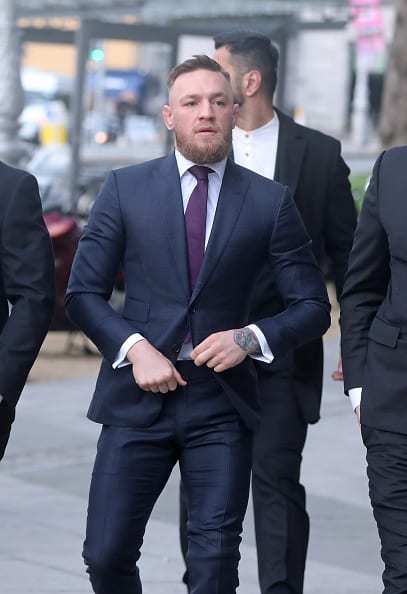 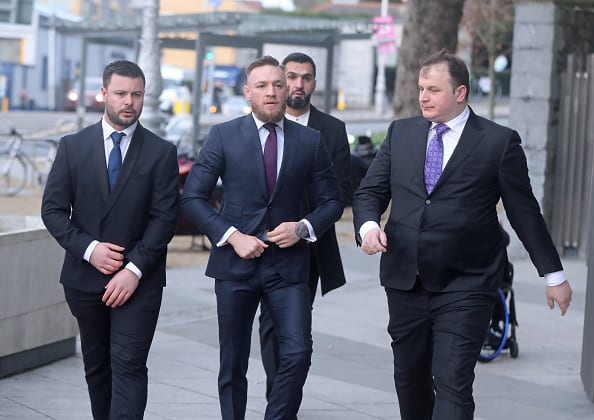 4 of 10
McGregor, still cuts a good figure in a pared down suit. 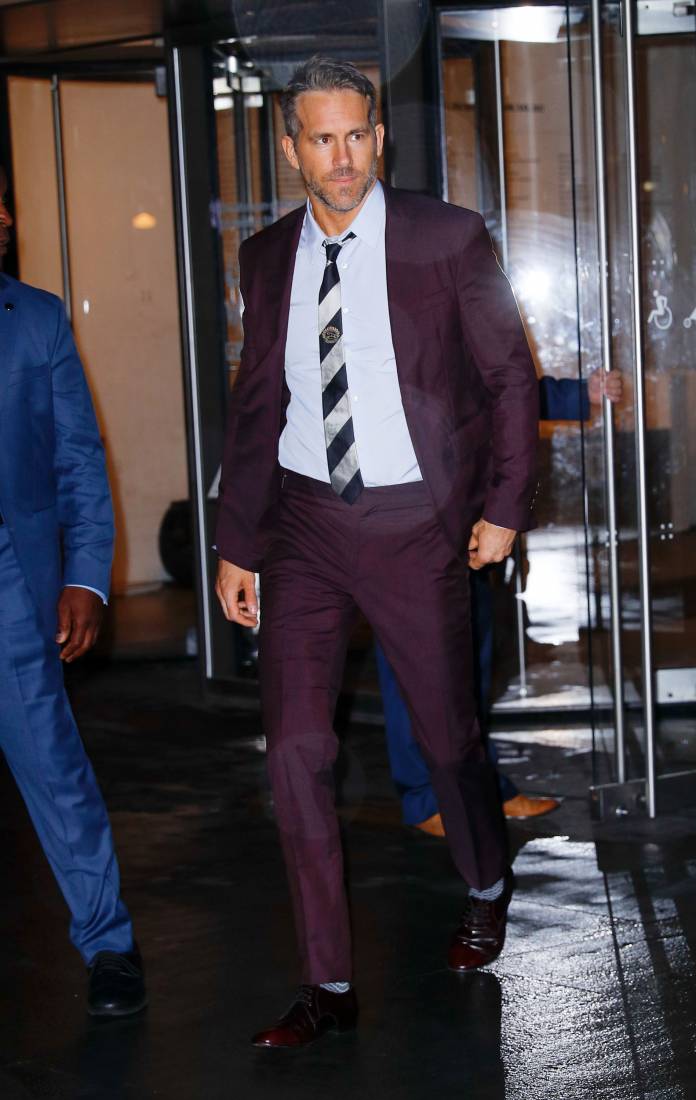 5 of 10
Ryan Reynolds does purple in his own way. 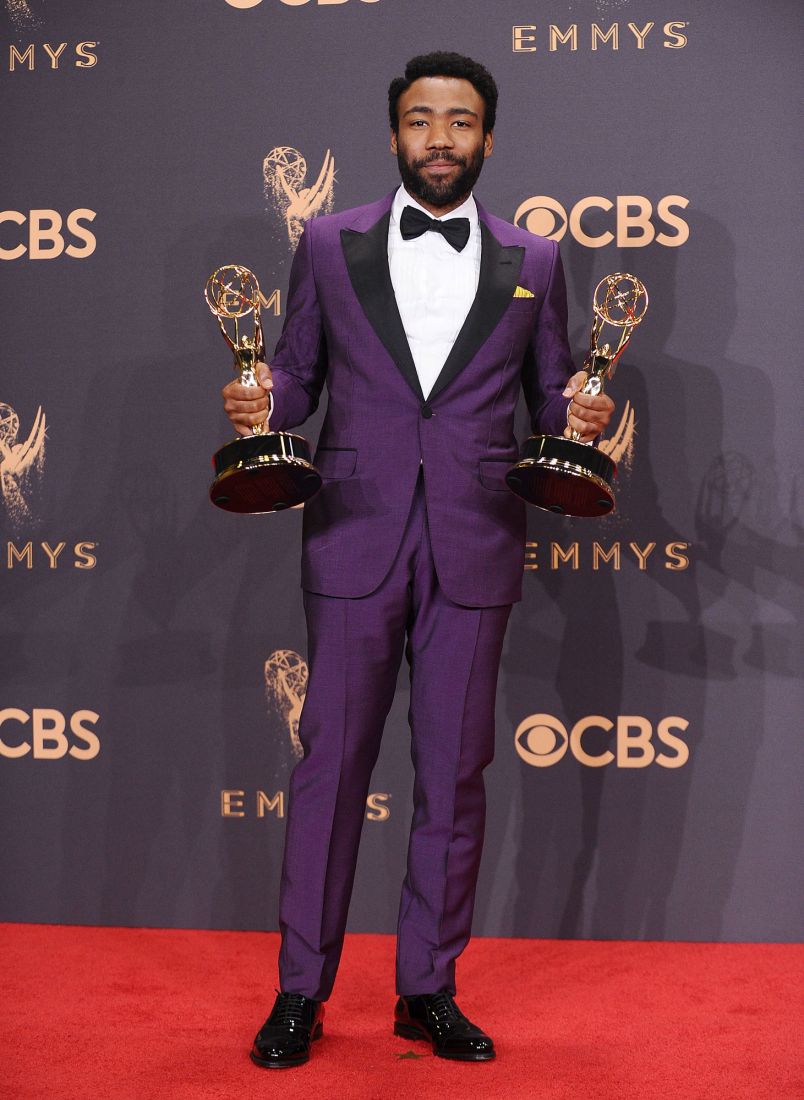 6 of 10
As does Donald Glover in a purple tuxedo. 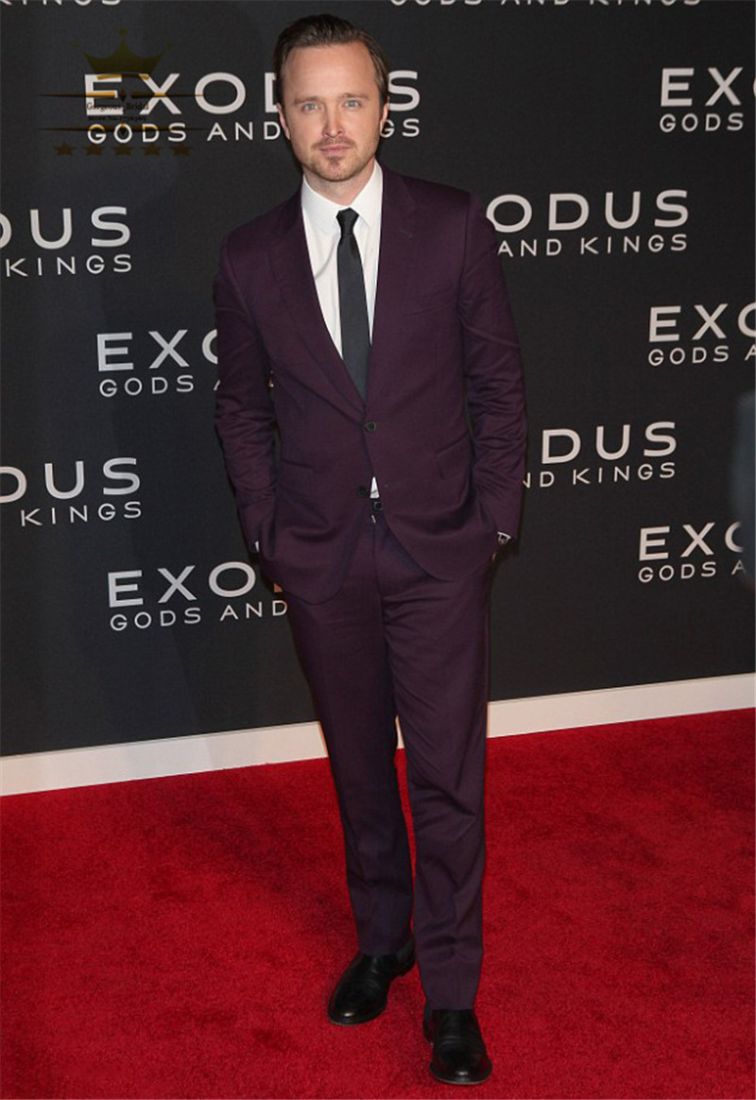 7 of 10
Aaron Paul does the classic suit in deep violet. 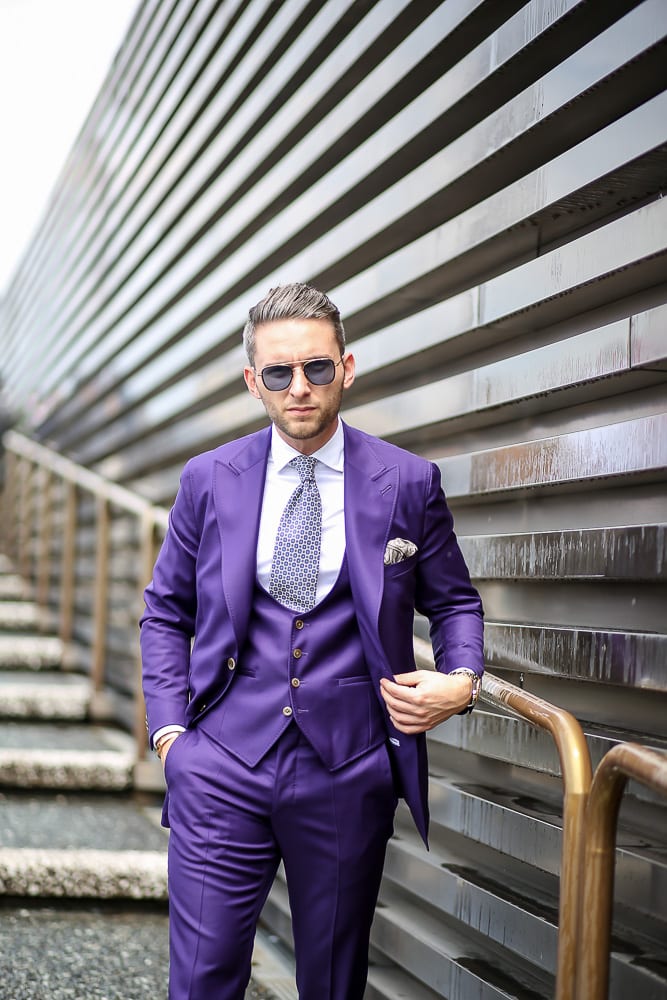 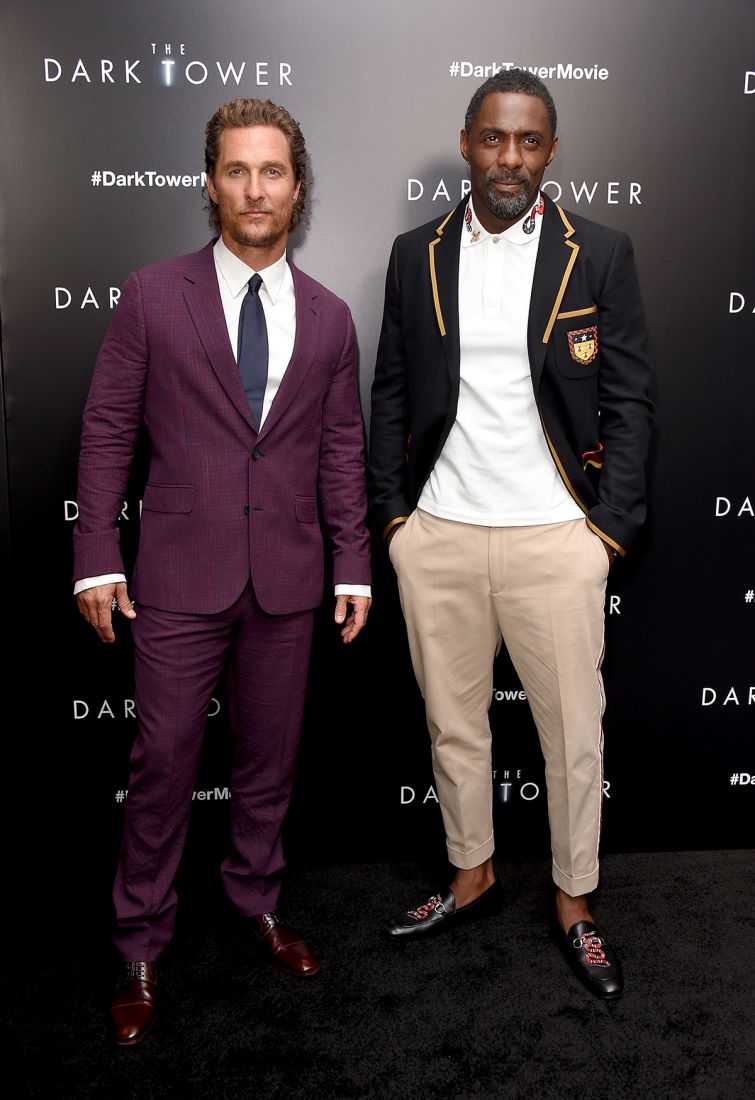 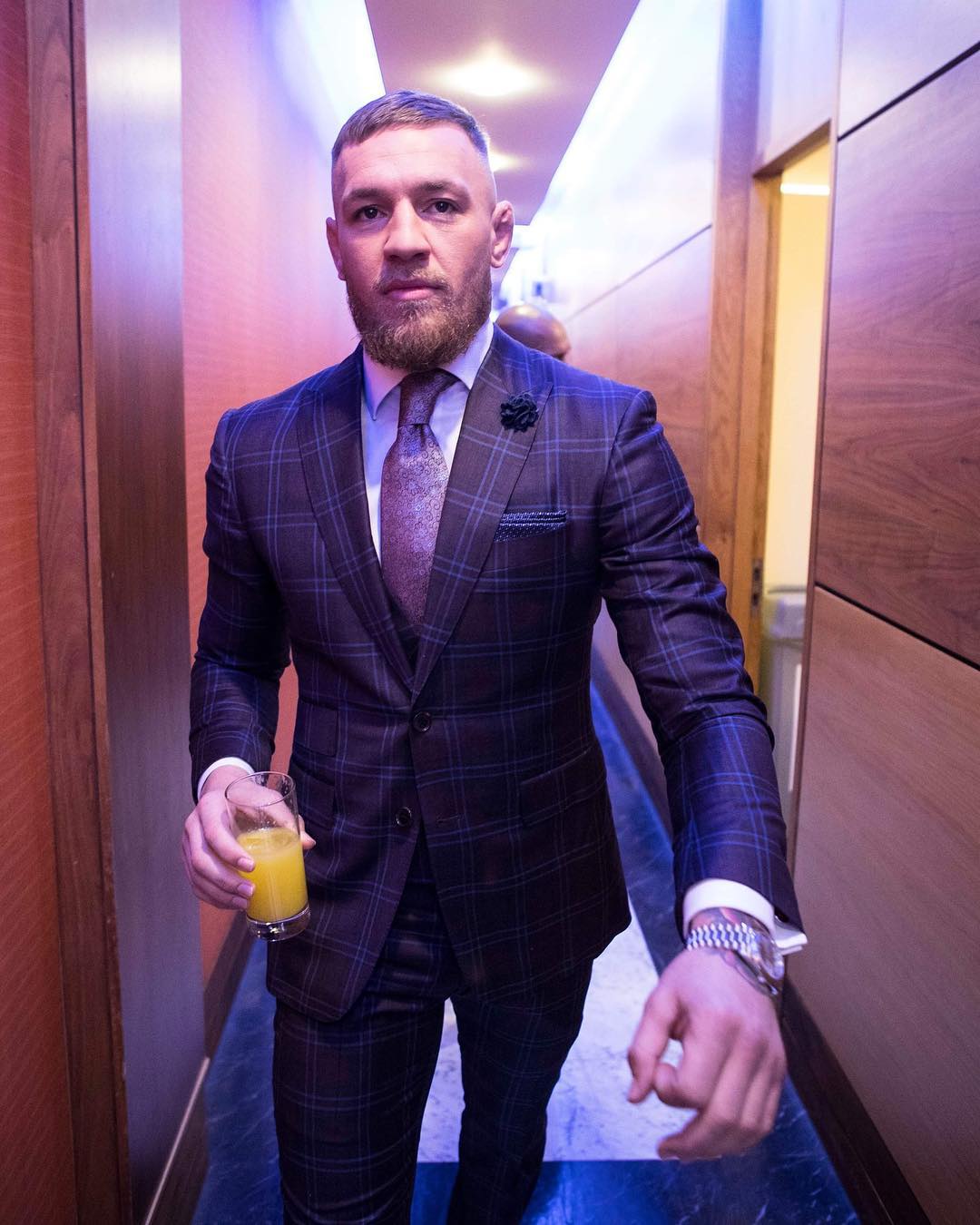