This article first appeared on WhichCar.com.au

Right now, seven Wheels and WhichCar journalists and their entourage are toiling away in an isolated warehouse somewhere in the badlands west of Port Phillip Bay. Their task is to sift through all the cars that launched in 2018 and decide which, if any, deserves the title of Wheels Car of the Year (COTY) – a highly coveted consumer award.

We won’t be able to tell you the result or even a short list until closer to the big announcement in January, but amassing every significantly new or updated vehicle launched over the last 12 months is a fantastic barometer into the evolution of the modern car – a riveting insight into emerging automotive trends.

Nearly 50 brand new machines rolled out to greet the judges at Wheels COTY, and D’Marge went along to unearth nine cool new features we reckon will hit the mainstream in the next year.

#1 The Future Is Electric 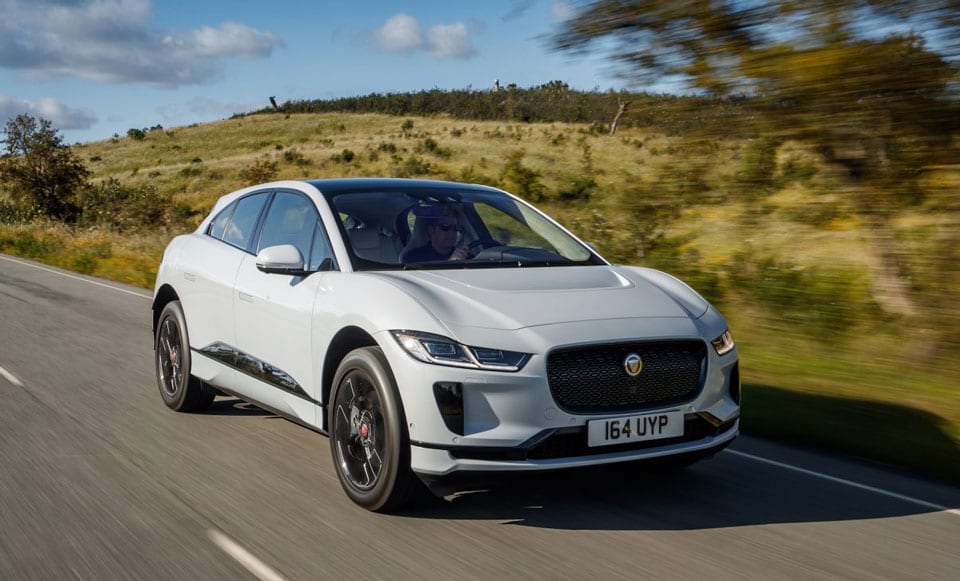 Here’s a real eye-opener to get us started. This year, five of the 24 Wheels COTY contenders are powered by either hybrid or fully electric powertrains. That’s 20 percent, and that product onslaught is only going to intensify with brands from Mercedes-Benz to Jeep all talking electric in the years ahead.

That said, only one percent of new car sales in Australia are electric or hybrid. So, while the rest of the world continues to ride the alternative energy bandwagon, spurred by government incentives and spiraling fuel prices, we Aussies are a bit reluctant to embrace our post-petrol future. Expect that to change in the next few years as the electric flood from overseas rises. 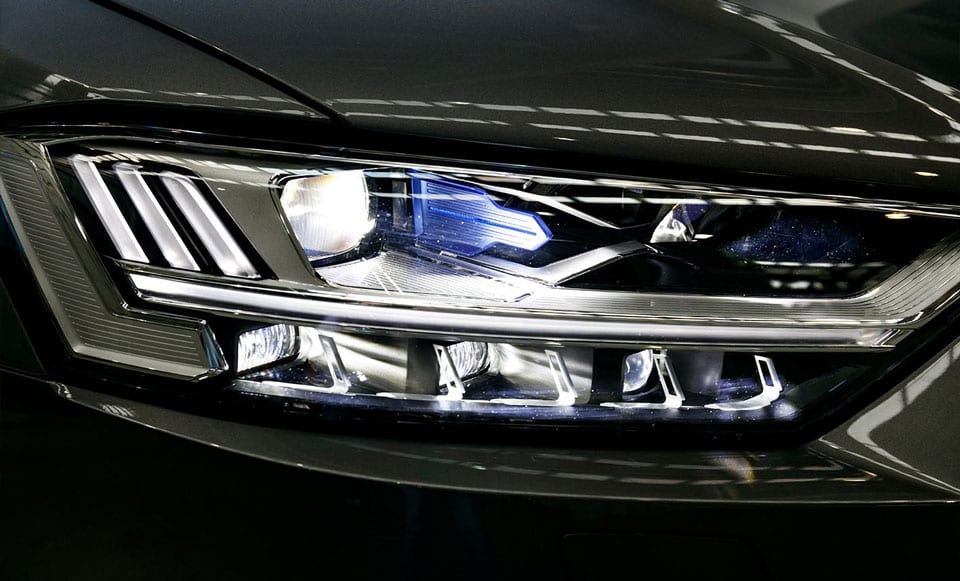 In 2014, a trio of Japanese scientists were awarded the Nobel Prize for Physics for inventing the blue LED. They were recognised and honoured not because it meant you could now have the coolest set of tree lights, but because blue light is essential for creating white light, and with the advent of super efficient white LEDs, the global power demand for lighting is plummeting.

It’s good news for cars too with wasteful incandescent lighting now all but extinct in the automotive landscape, but the other advantage is arguably the most beautiful car lights yet seen.

Audi’s A8 was proudly showing off its organic LED tail lights, but a majority of the cars parading this year have piercingly bright and pure white LED headlights as well. Here’s to professors Akasaki, Amano and Nakamura who, quite literally, made the world a brighter place. 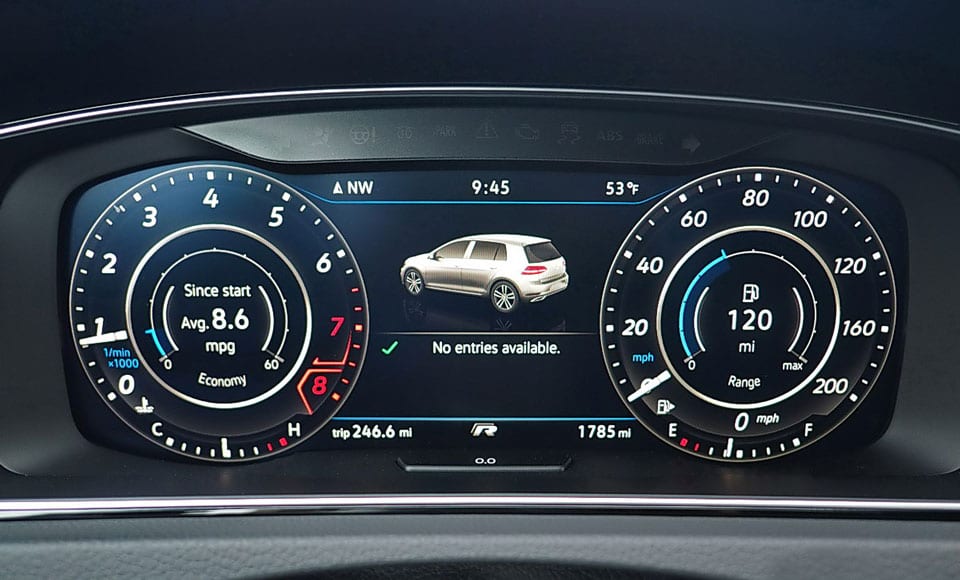 The days of the needle are dead. Conventional gauges are being replaced by virtual versions and sophisticated digital screens in place of traditional dials.

The advantages are obvious and beg the question: why has it taken so long? If you love the classic look of circular gauges with pointers sweeping elegantly around, you can still have that, but the versatility of a small LCD screen allows almost unlimited customisation options as well.

A number of different themes can be specified depending on your mood or the layout can be tailored to display the most important information according to the driver’s requirements. Audi’s Virtual Cockpit will even allow the entire display to be allocated to just the navigation map for maximum clarity and minimum distraction.

Of the 24 models at COTY this year, half have fully digital instruments. 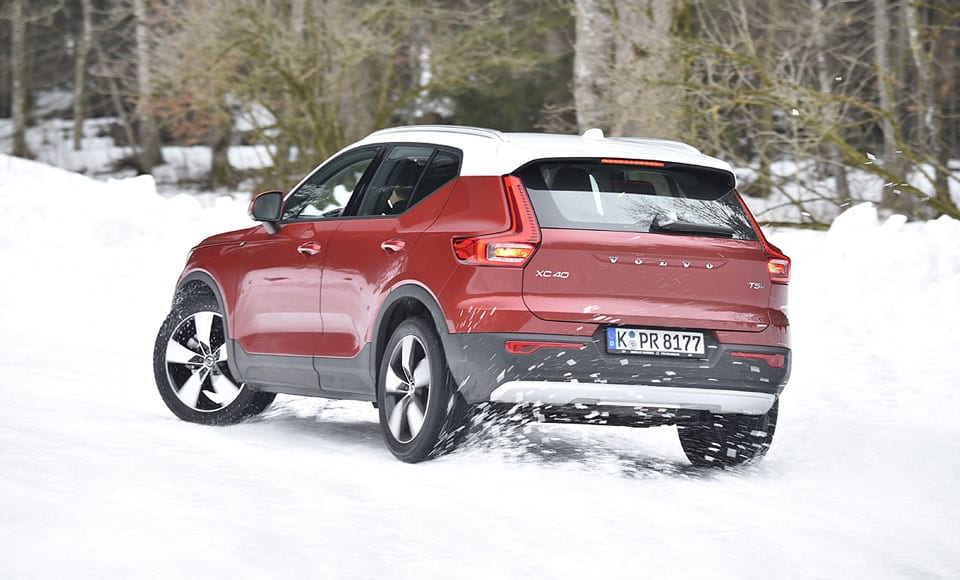 Once the preserve of conspicuous 1950’s muscle cars, two-tone paint jobs are making a return without looking gaudy.

Volvo offers its cool XC40 small SUV with a contrasting roof to match the plethora of other typically Swedish design touches. And it’s not alone. Many brands are now offering different roof colours and eye-catching panel matches. Peugeot will even sell you a hot hatch that has the entire rear end in matte black. In an age when safety and aerodynamic design constraints are funnelling cars into similar aesthetics, expect more car makers to offer unusual paint schemes in an effort to stand out. 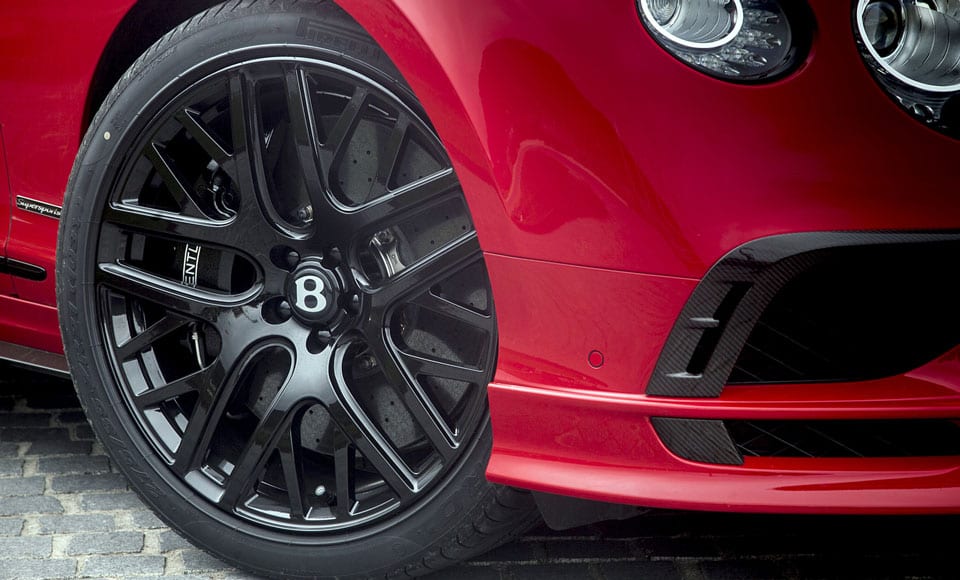 When the Mini was first sold, it had 10-inch wheels. Cute. Today though, the modern equivalent Mini has a rim that’s nudging almost double that, and the trend of super sized wheels is showing no signs of stopping.

Our diameter king this year was the Bentley Continental GT which turned up shod with 22-inch hoops, followed closely by the Porsche Cayenne rolling on 21-inch wheels. We started counting those with 20-inch hoops and quickly lost count.

It seems, when it comes to wheels, size really does matter and the handsome proportions of a massive tyre housed under a muscular wheel arch are resonating well with the discerning public so you’ll see more of that. 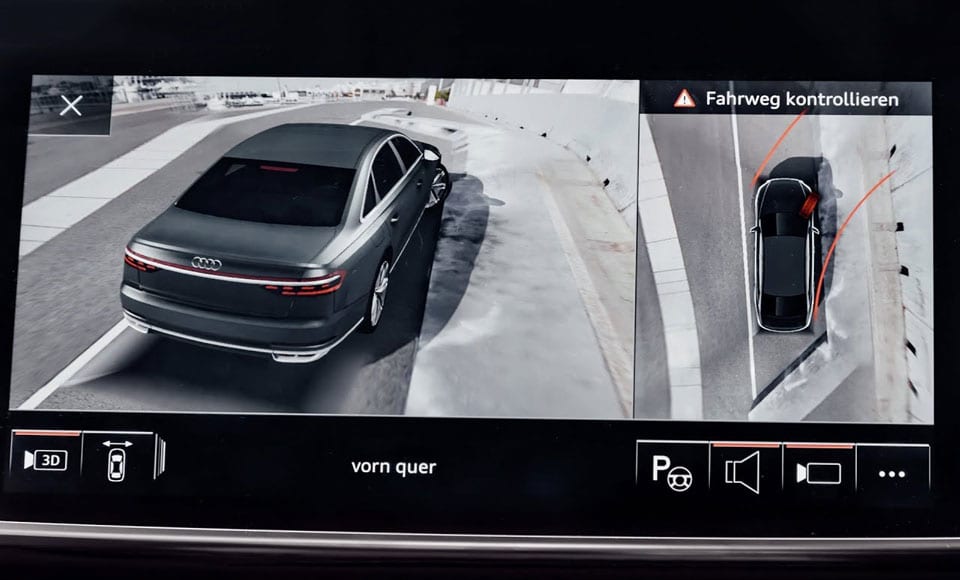 With all the parking assistance systems fitted to modern cars, it’s frankly staggering there are any vehicles on our roads with scuffed bumpers, but technology is making it even harder for you to glance a gatepost.

Dizzyingly clever algorithms allow the images from four separate cameras – one on each side of the car – to be combined into a single image that appears as though you have a drone hovering above you as you park.

The technology is getting even cleverer and now the electronics can create a 3D view of your car as you manoeuvre. With a pinch or swipe, you can steer that virtual drone around to another angle of the car and impossible parking spots really are looking like a thing of the past. 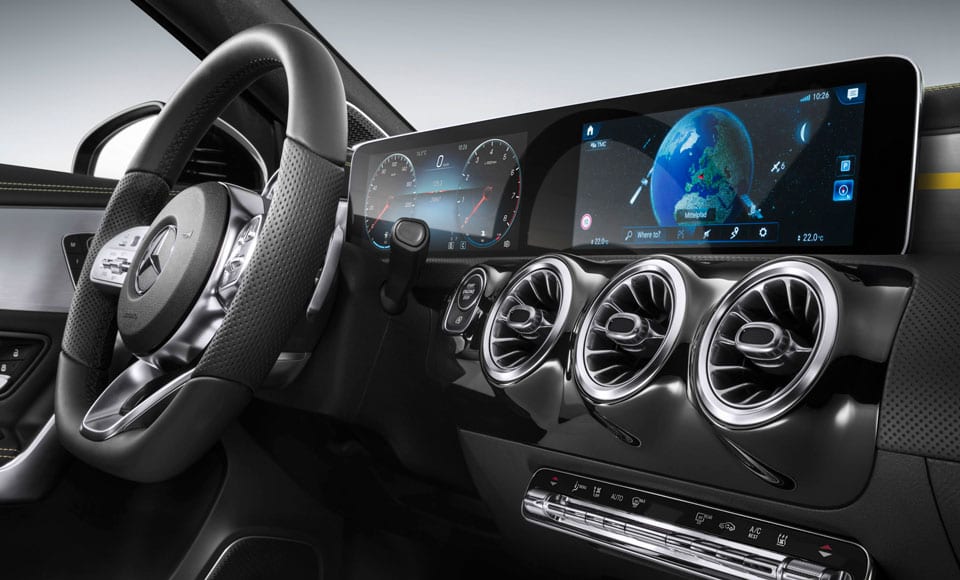 Banking, dating, gaming, organising your life, taking pictures and navigating – a massive part of our lives is now intrinsically woven into the tablet device, so it makes sense that car makers are adapting information and entertainment systems to feel similar.

At the centre of Mercedes-Benz’s new MBUX system, a 12-inch touchscreen forms the intuitive point of interaction for users, and is fused seamlessly to the equally sized dash cluster, but it’s not unique.

Virtually all brands now have some form of ‘floating’ infotainment screen that offers touchscreen operation similar to tablets and smartphones, and the technology housed within is getting exponentially smarter by the day. 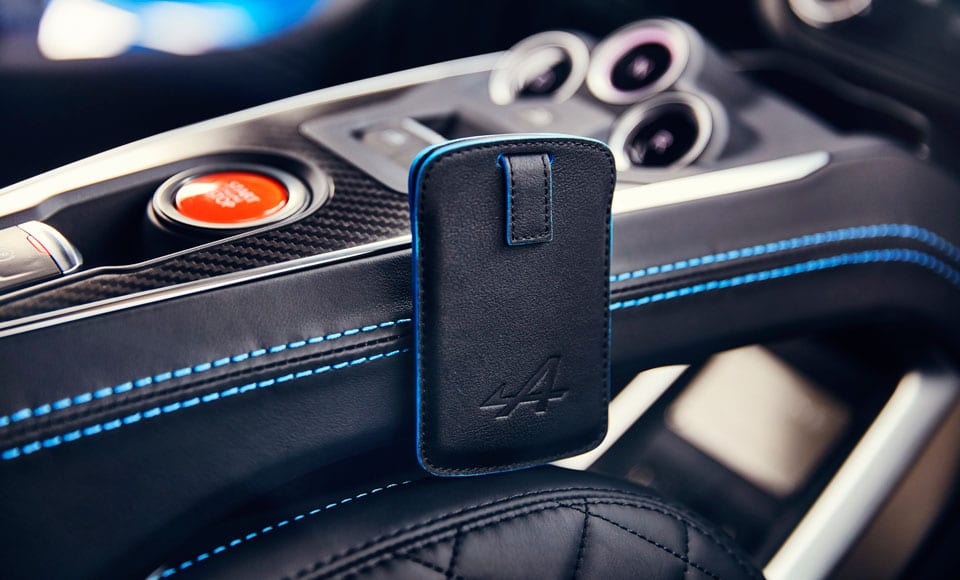 When it was first invented, remotely operated central locking set a new benchmark for car convenience, but that was a long time ago and the modern-day equivalent doesn’t even require you to remove the ‘key’ from your pocket.

Not only do increasing numbers of cars offer technology which senses the correct key in the cabin and allow the driver to start the engine by simply pressing a button, the technology also allows doors to be unlocked by simply touching a door handle.

Of the cars on test this year, the ultra-sexy Alpine A110 has arguably the coolest interpretation. The credit card-sized key has buttons for locking and unlocking, but leaving it in the beautifully made leather case and letting the car work it out is easily the smoothest way of boarding this bantamweight sports star. 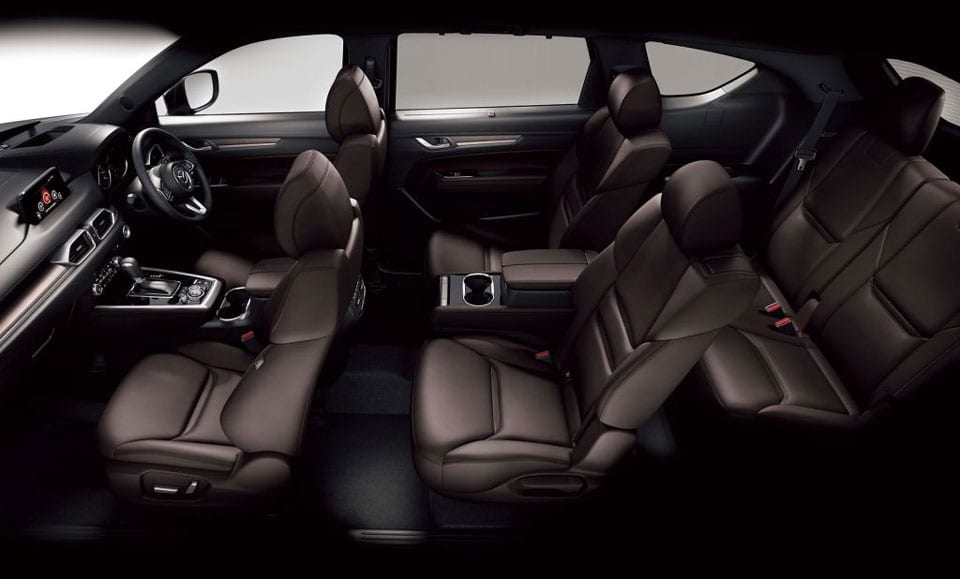 Hauling more than five passengers used to require the least sexy form of transport known to humankind: the people mover. But with the skyrocketing popularity of SUVs, many manufacturers are now incorporating a third row of seating at the larger end of the spectrum.

Holden’s freshly launched Acadia is one such example but it joins an already busy marketplace, with seven seaters emerging from all the key players in recent years. At the event this year, the Hyundai Santa Fe and Mazda CX-8 also weigh in with three-row SUVs that couldn’t further removed from a glorified van with windows. And they’re selling like hot cakes.

Get more car news, reviews and advice at WhichCar.com.au now.