Plus: how to write a ‘swipe-able’ bio. 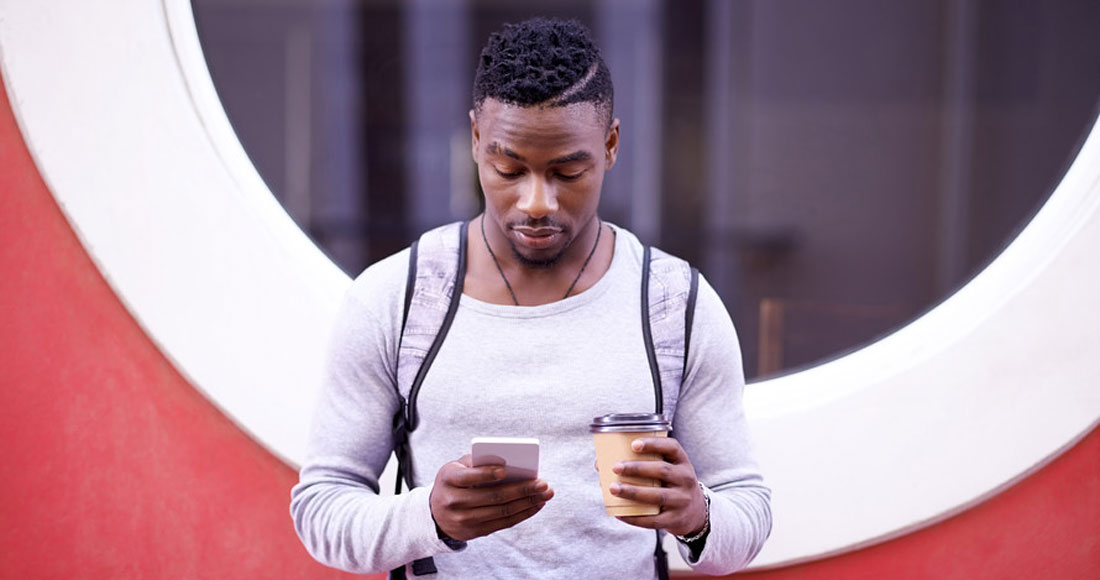 If you’ve ever come to the end of a thirty minute swiping binge and wondered why no-one returned the favour, Tinder now has a solution. Sort of.

Turns out Facebook hasn’t been the only company gathering data. Tinder just released its ‘year in swipe,’ revealing—amongst other things—the best time of day (and day of week) you should be swiping to get a match.

According to their research, the most popular day of the week to swipe was… Monday. And if you wanna get real specific, the best time is between 6 and 9pm.

Although Monday is generally considered a day of mourning (RIP weekend), when you think about it, it makes sense that it is prime ‘swiping’ time.

After all: by Friday you should already have a date organised, and on Saturday and Sunday you are generally having too much fun to bother looking at your phone.

We also learned some useful info for people that haven’t got a clue what to put in their bio.

According to this year’s stats, women who are (or say they are) a surfer, lifesaver, scholar, model or engineer, attract more matches than any other professions.

Similarly, men who had the tags, surfer, doctor, military, traveller or scholar in their profile raked in more matches than their less adventurous (or impressive) counterparts.

And of course, the most popular drink found in bios worldwide (not just Italy) was wine, closely followed by beer (with pizza topping the food charts). 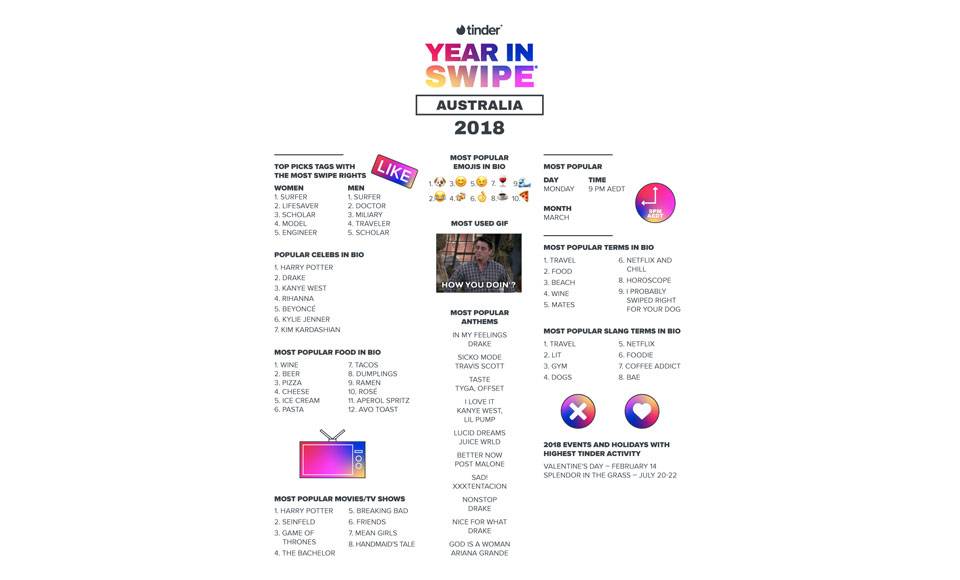 So there you have it: apply these tips, quit your job and take a crash course in vino (or surfing), and you may become slightly more popular (or generic) on Tinder.

If nothing else, you now have something solid to talk about when you slide into Tinder bae’s DM’s.

RELATED: Hook Up App’s Most Awkward Phenomenon Is Now Solvable