Interesting Dating Experiences That Are Unique To Barcelona

From football fans to nightclub enthusiasts: these are the people you will date in Barcelona. 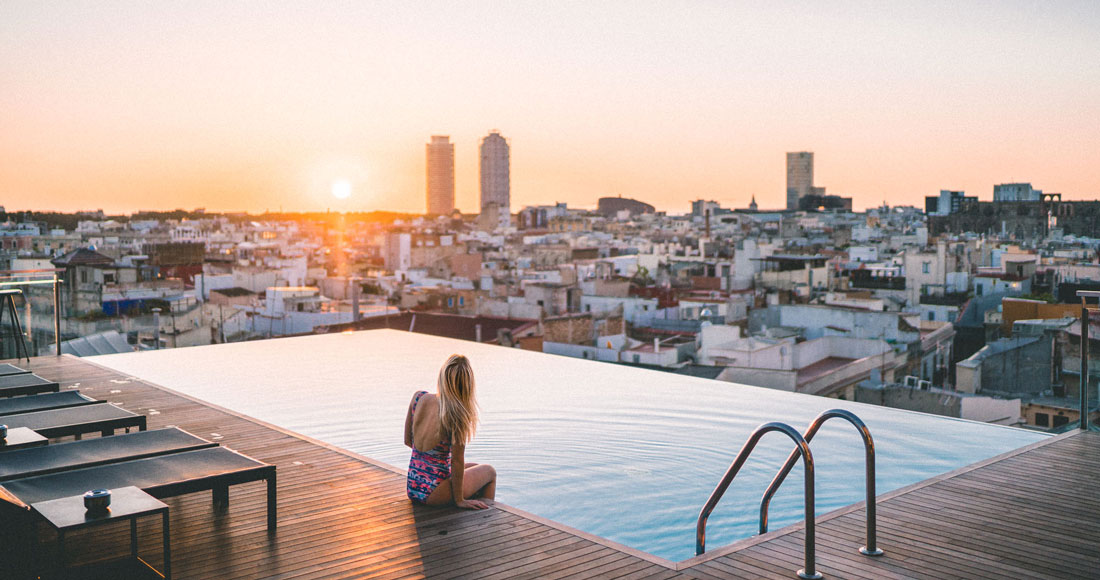 Whether you’re there for a 48 hour stopover, are on a year-long university exchange or have emigrated indefinitely to the land of separatists and siestas, you’ll meet many different people in Barcelona.

However, unless your cliché game is on point, you won’t end up making out in the Sagrada Familia. Nor will you sip wine demurely in Park Güell and happen upon the chica/chico of your dreams (it’s cheaper to buy beer from the corner store). And you’re more likely to be pick-pocketed walking along Las Ramblas than you are to be invited into the VIP section of one of the beachfront clubs.

But you didn’t come to us for a Barcelona fantasy. You came to us for the nitty gritty. The burnt espresso truth: a breakdown of Barcelona’s dating scene. And while (obviously) not everyone you meet will fit into these categories, if you spend long enough swiping Tinder in El Barrio Gotico, you’ll come across some of them…

Most likely American: in his/her eyes the American Vegan is more ‘local’ than anyone. They’ve been here six months, after all. Hobbies include: sneering at your super spicy chicken wings while booking a ’round the world’ ticket, complaining about the environmentally disastrous tin foil their takeaway toast came wrapped in (while everyone else eats sitting down at a table), and showing off his/her Spanish. Any and all dates will take place at either Federal or Flax & Kale. You have been warned…

If you like free watered-down shots, discounted trips to Ibiza and hanging round night-club promo tables The Good Time Merchant is the perfect date for you. Bored of their 9-5 marketing gig in Australia they decided the best way to “find themself” would be living in an apartment with 10 other Aussies in Earl’s Court. Then they got sick of the London Rat Race, “And now, I’m here!” they’ll tell you, before showing you the epic wetsuit tan they got in Morocco. Hobbies include: “working” at a party travel company, lighting up boat parties “on the reg”, and blogging to 12 “highly engaged” followers.

This girl or guy, despite living in one of the most economically prosperous regions of Spain (and your several attempts to change the topic), will spend most of your date explaining why Catalonia should receive EU funding to become a sovereign state. If you could get them off politics maybe they’d be good in la cama, but good luck on finding that out…

The One That Goes To The Beach Clubs

The only thing this Barcelona bachelor/bachelorette likes to do more than party, is to get super dressed up and party. Favourite drinks include Malibu, Tequila and Cava. They also like to wear white faux fur coats and ‘ankle breaker’ heels. We’d warn you off but we know you won’t listen…

The Dude With An Undercut

Listens exclusively to Drake. Works in a bar. Hangs around El Raval and Moog. Is studying Spanish but refuses to speak it in front of you. Texts “u up” bi-monthly at 2am.

The One That Goes To City Hall

Strangely proud of their beer pong skills. Likes top 40 music. Is most likely an exchange student. Suggests you get Salsa lessons with them—and is actually really fun to hang out with.

The One You Met On Tinder

You don’t speak each others’ language, but hips (and emojis) don’t lie. If all goes well they might even take you up to Bunkers for a panoramic view of the city and a cheeky romantic picnic.

While the whole “heavy metal” and “goth” scenes died out quite a while ago in Australia and America, in Spain (from my statistic-less observations) they are still hanging around. In light of this, don’t be surprised if you come across more 27 year olds with long hair, beards, tattoos and a Guitar Hero fetish than you’d expect back home.

The One You Met At The Language Exchange Event

You’re not sure if he/she is only into you because they want to practice their English, but if you’re being honest: you don’t mind: a date’s a date.

Do you know the words to Barcelonale!? Do you know why the fans at Nou Camp chant exactly 17 minutes and 14 seconds into each game? Date a die-hard Barcelona football fan; you’ll soon find out.

The One With A Jealous Partner

You lost count of how many kisses you were supposed to give on greeting, went for one too many, and ended up with your lips awkwardly close to theirs. In front of their partner. But you got the feeling they were kind of flattered? Your head tells you one thing, your heart another. Probably best to leave this one be though…

RELATED: How Not To Get Shot Or Arrested In The South Of Spain