This “small talk” rule will help you come across as playful, friendly and flirty. 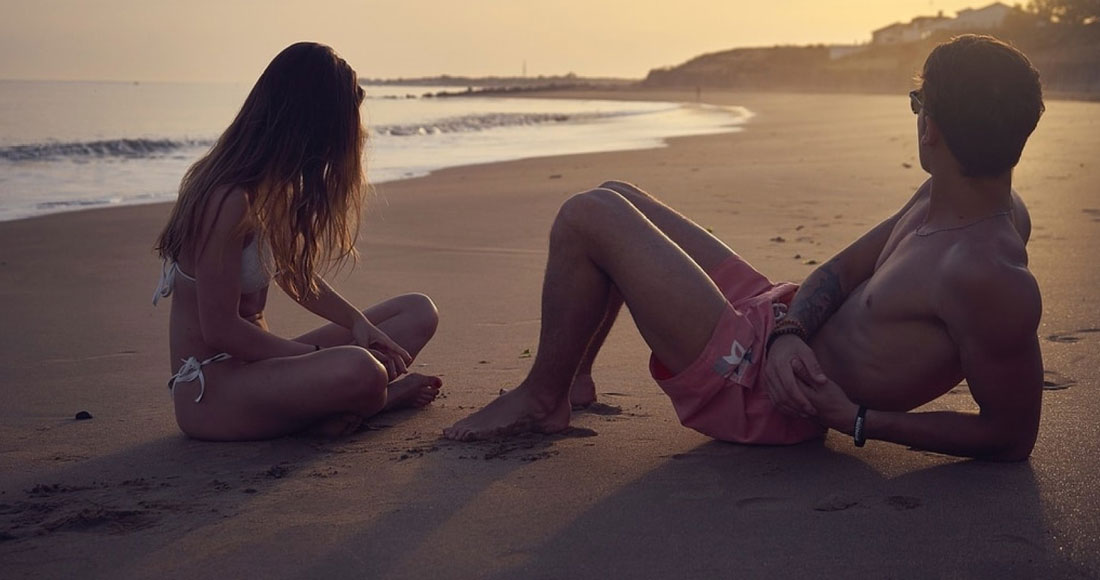 Although Brazil is known for its laid back attitude, when it comes to flirting, you can increase your chances of success by following one simple ‘small talk’ rule. Knowing this trick will not only help you seduce the sultry eyes behind the bar, but it will also help you make new friends, impress old ones and make your quest to understand (and eventually, learn) the Brazilian language (Portuguese) far less confusing.

The rule; use as many diminutivos (diminutives) as possible. But wait; what the heck are those? Diminutives are suffixes you add onto the end of words, to make them smaller or cuter. Still confused? Allow the BBC to explain, “Diminutives are like a form of baby talk Brazilians never grow out of.”

Meteorologist Carine Malagolini from São Paulo then told the BBC; “We use diminutives [a lot], and a lot of times without even noticing. I think that their use came from childhood, because we’d hear and talk like this with our parents. For example, ‘You’d like a bananinha [a little piece of banana]?’.”

So this “small talk” has little to do with your awkward elevator chats back home (“so how’s that weather out there today, huh”); it’s about spicing up your sentences, helping you to come across as more playful, friendly, flirty and—above all—not too abrupt or threatening. As the BBC reporter Ian Walker yesterday revealed, this was one of the first tips his Brazilian friends gave him.

“I’d barely been in Brazil 24 hours when I was let in on a segredinho (a little secret). In a barzinho (a local bar) as the sun went down, a new Brazilian amiguinho (a good friend) I’d met in my Rio de Janeiro hostel had a frosted bottle of Antarctica beer sweating in his hand. Chatting about our night ahead, he poured our drinks and told me, “If you want to speak with a girl tonight, don’t ask her to have a cerveja [a beer]; ask her if she’d like a cervejinha (a little beer) instead. She’ll love it if you use this word.”

“Literally, they (diminutives) make something smaller, effectively softening a word, turning it cute and gentle,” he continues. “While in English diminutives are often seen as a little childish (kitty, doggy, mummy), everyone in Brazil, from politicians to medical doctors, use them without any hint of irony.”

This has implications in terms of flirting too: using ‘cervejinha’ (little beer) instead of ‘cerveja’ (beer), according to Walker, “Implies an innocent and friendly invitation, without any intentions to get drunk late into the night with all that often involves.” It also, according to University of Brasilia linguist Dr Marcos Bagno, invokes the characteristic kindness of the Brazilian spirit.

Aside from that, it’s also impressive simply by distinguishing you from the masses of other tourists who learnt Portuguese from a guide book.

But before you start using them ‘willy nilly,’ be warned; diminutives can also (depending on context) change the meaning of a word. For instance, if someone asks you to wait a minutinho (a little minute), you could be in for a 15 minute plus wait. Likewise, if someone invites you to a festinha (little party), depending on their tone of voice it could be anything from a low key pool party to an open invite warehouse rave.

Diminutives can also help you work out if you have been placed in the “friend zone.” As Walker tells us, “Brazilians also use diminutives… as an indirect way of saying something not entirely flattering.”

“The most famous example of this,” he continues, “Is bonitinho/a, which comes from bonito/a, meaning ‘beautiful’. At first I assumed this was a compliment, and, depending on the situation, it can be. But in the Brazilian lexicon it’s also transformed to refer to someone who’s maybe not the best looking in the room but has their own charm. It could be the way a woman says ‘He’s a good guy, but I’m not interested’, or ‘Cute, but in the dreaded little-brother kind of way’. Ouch.”

RELATED: How Not To Get Arrested Or Shot In Brazil