LeBron James Reveals The Watch He Wears When He’s Benched

Baller on court and off. 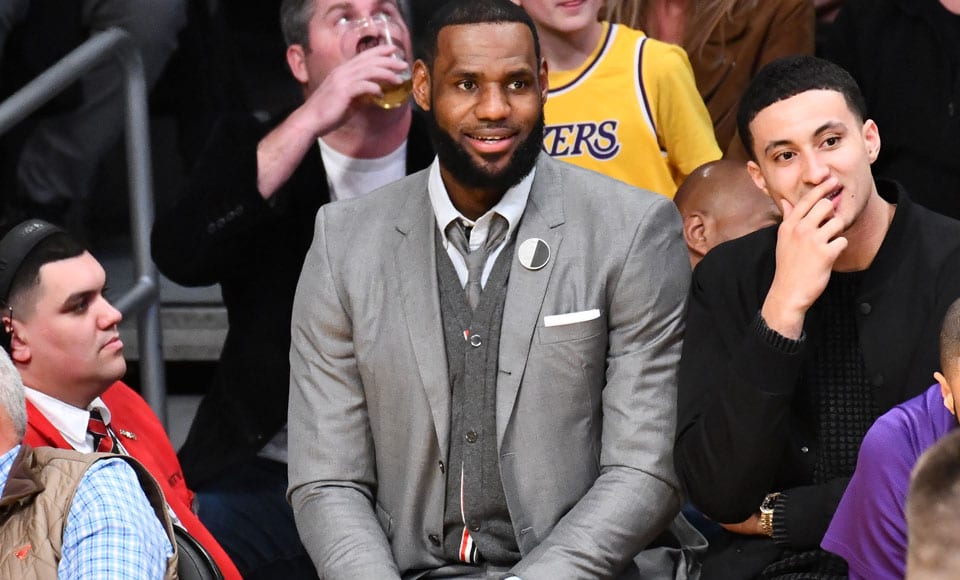 Injury time can be depressing for any pro athlete, especially if they’re relegated to the bench whilst their team battles on. Not LeBron James. The NBA’s four-time MVP was spotted at the Staples Centre in L.A overnight during the game between his Los Angeles Lakers team and the Philadelphia 76ers.

In a packed stadium full of celebrities including Leonardo DiCaprio, Rami Malek, Diplo and Ashton Kutcher, it would appear that the best dressed man of the house was in fact LeBron himself. Rocking a full three-piece Thom Browne suit in grey in its signature dishevelled look, a livid James did his best to show his team some support from the sideline.

In doing so, he also gave fans and fashion-philes a glimpse of how to dress during injury time. Alongside the aforementioned Thom Browne suit was the latest Off-White x Converse sneakers and an Audemars Piguet Royal Oak Offshore.

It’s important to note that the timepiece on LeBron’s wrist isn’t the same one he had released back in 2013 which came with an 18k pink gold case along with a US$51,500 price tag. The model he’s wearing features a black dial on a stainless steel case – slightly different to the Royal Oak Offshore Chronograph LeBron James edition which was released as a 600-piece run. Price-wise it should be in the same region with some Royal Oak Offshore Chronographs of similar design going for over $40,000.

Nonetheless we think LeBron chose the right piece for this popular look. Hit the gallery to see how LeBron paired sneakers with a suit or follow our guide to pulling it off. 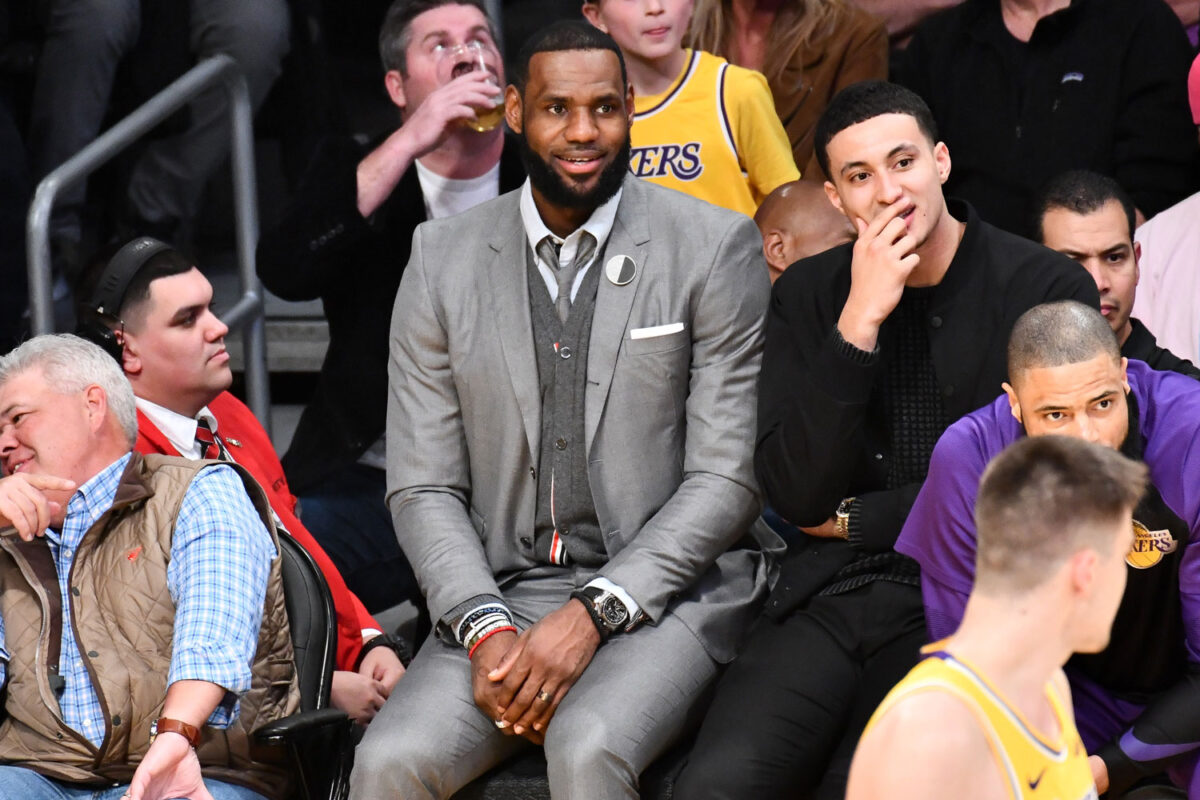 1 of 4
LeBron James on the sideline in a Thom Browne suit and AP Royal Oak. 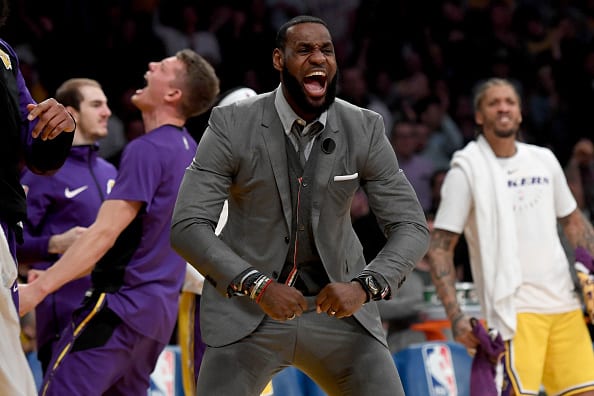 2 of 4
LeBron James supporting the Lakers in a Thom Browne suit. 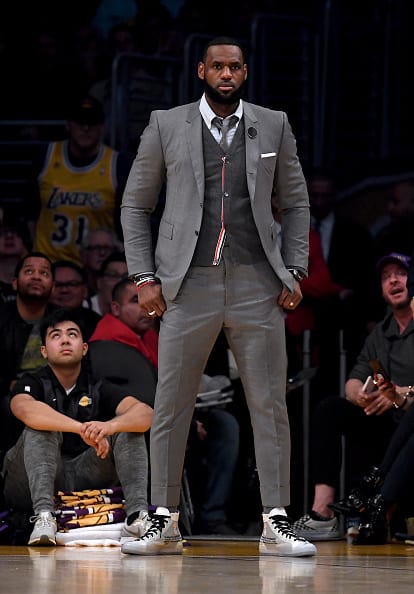 3 of 4
LeBron James supporting the Lakers in a Thom Browne suit. 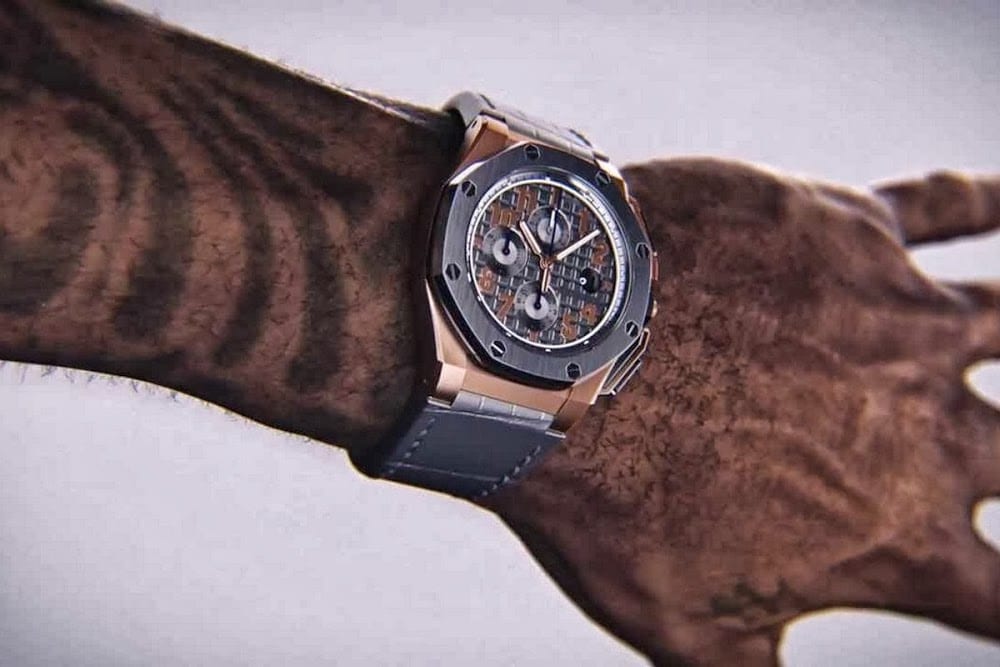