Setting an insane standard for all the dads out there. 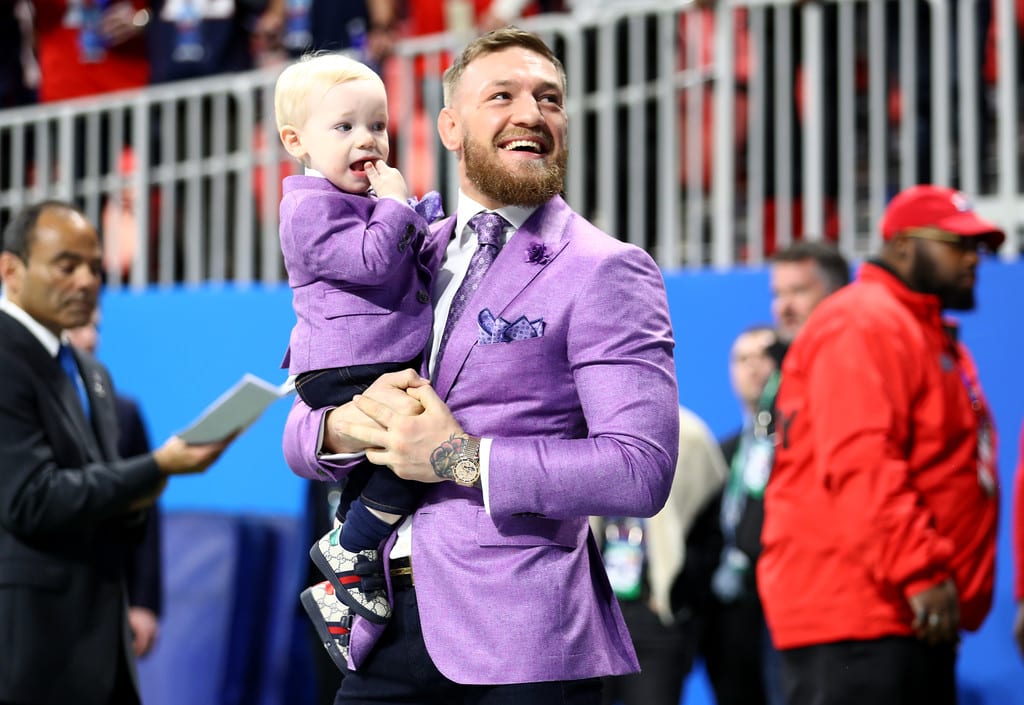 Conor McGregor is no stranger to big ticket events but for his latest party trick, he brought along little Conor McGregor Jr. to the Super Bowl LIII.

That wasn’t all though. The controversial UFC fighter made sure that his son would step out in as much sartorial style as himself, decked out in a matching David August aurbergine suit complete with separate black trousers. McGregor delighted fans with his pre-game appearance on the field whilst also giving millions of dads around the world a bit of a rude awakening in father-son dressing.

McGregor senior rocked a bespoke David August suit complete with matching purple lapel flower, pocket square and tie paired to a white dress shirt. This was contrasted with fitted black trousers and leather shoes. On the wrist it was all money with a gold Patek Philippe Calatrava Skeleton edition piece which retails in the region of US$100,000.

Conor McGregor Jr. meanwhile rocked a matching suit but changed up the leather shoes for Gucci toddler’s kicks. We thank God he didn’t have a matching Patek too because that would have pushed us over the edge. 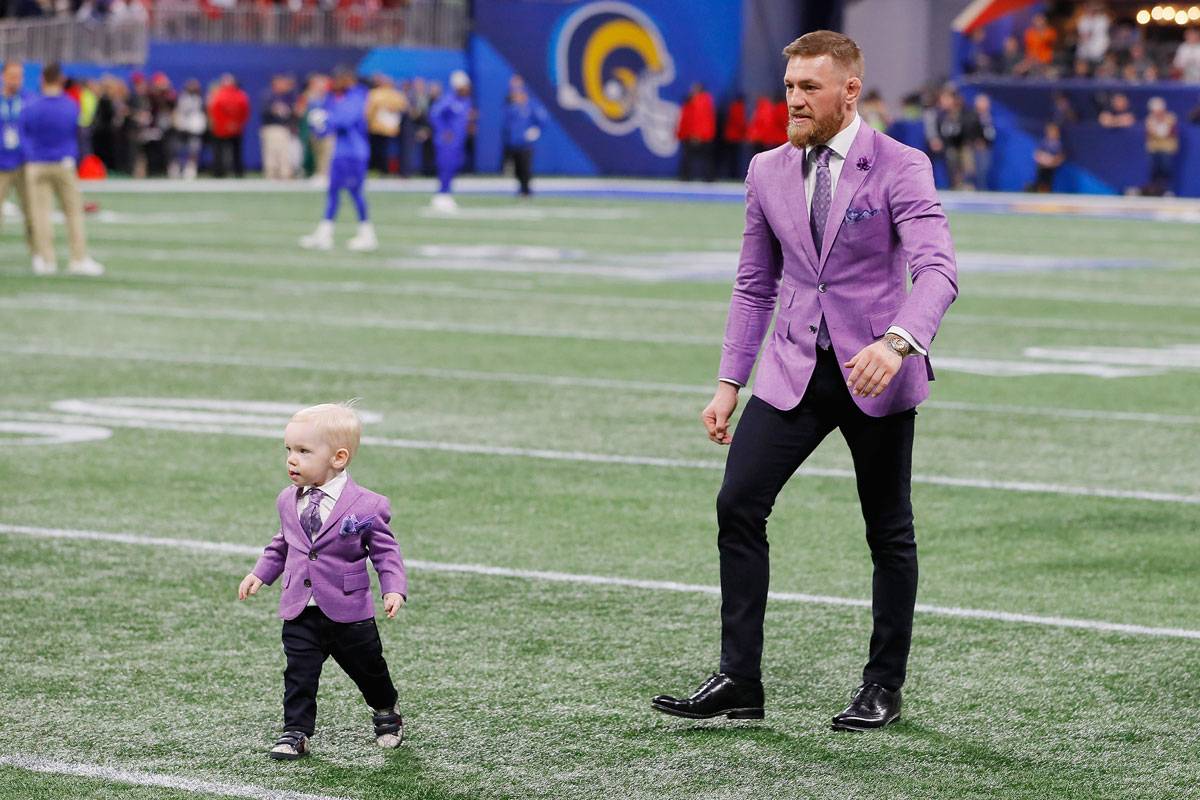 1 of 5
Conor McGregor in August McGregor whilst conducting dad duties. 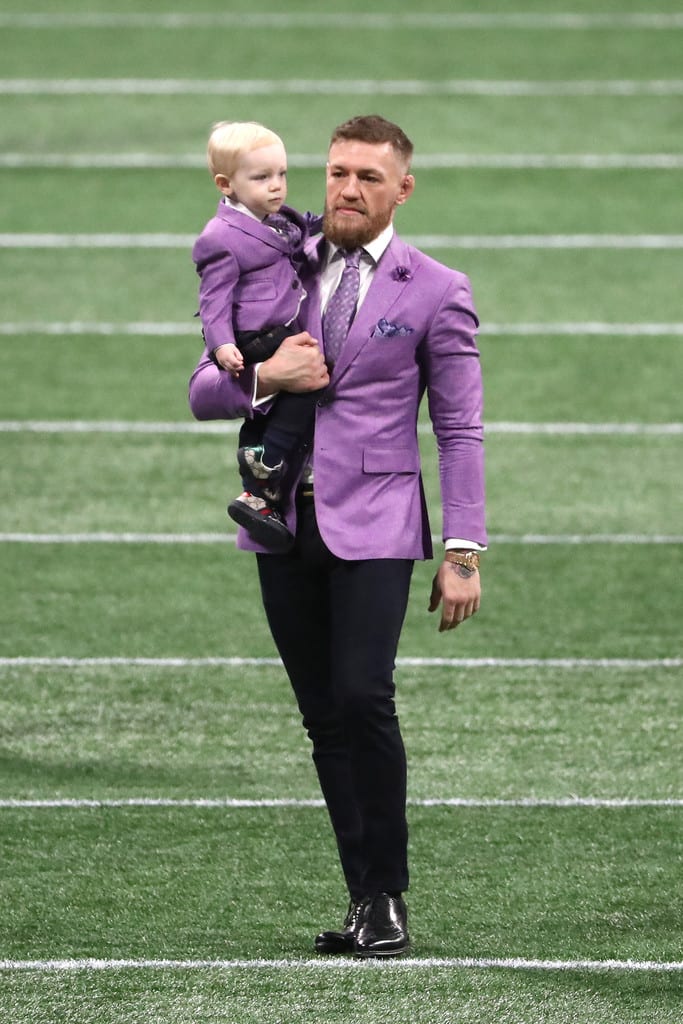 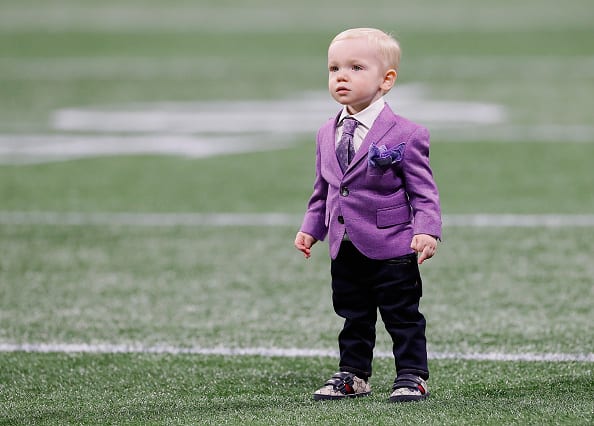 3 of 5
Conor McGregor Jr. may have inherited his father's colourful sign language.

4 of 5
Conor McGregor setting an unobtainable standard for dads around the world. Also, spot the Patek Phillippe. 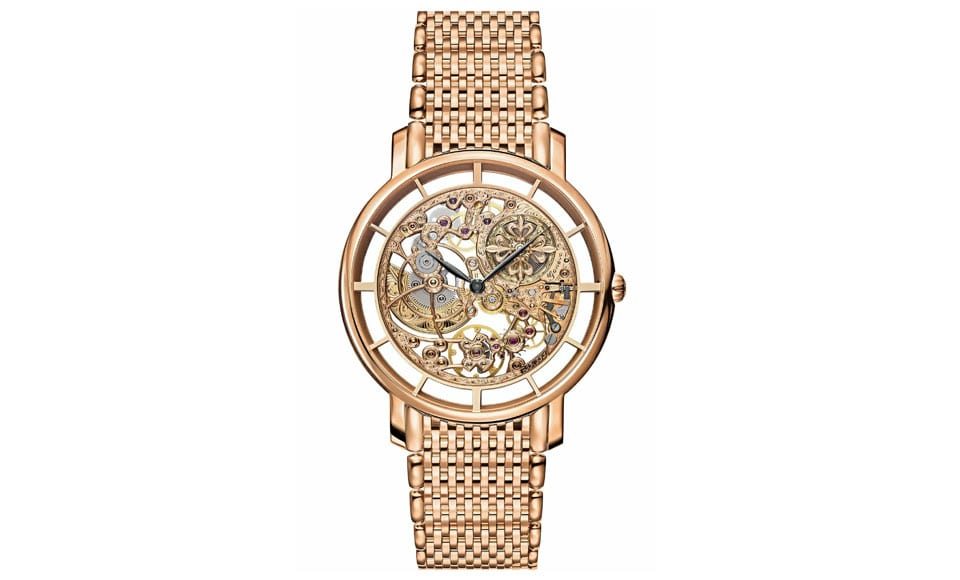 5 of 5
The $100,000 Patek Phillippe Calatrava Skeleton edition as worn by McGregor.