Why You Get Gassy On Planes, According To A Flatulence Doctor

Can you smell what I had for lunch? 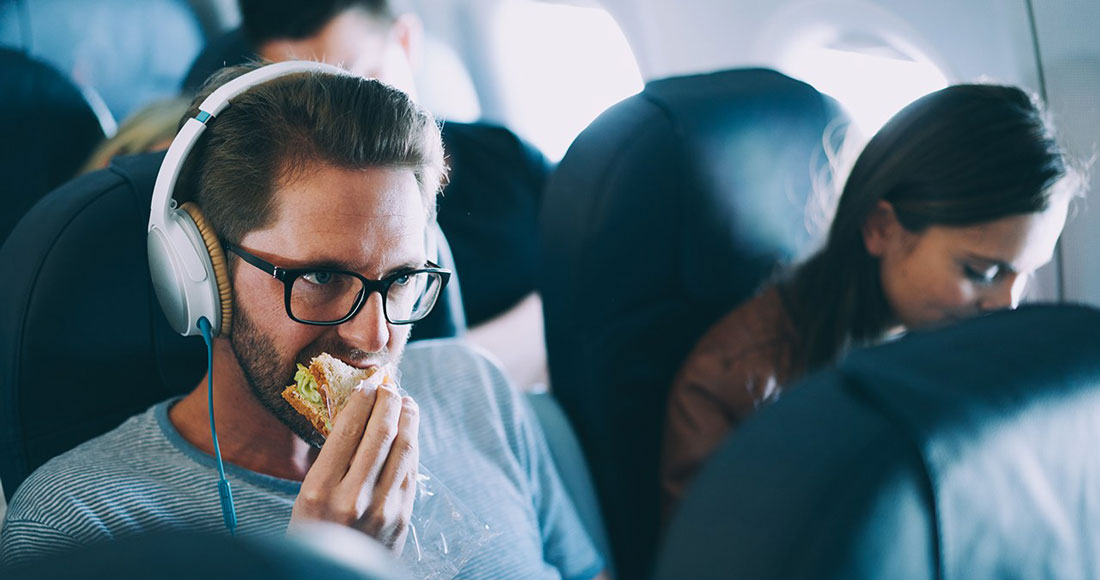 Picture this. You’re a frequent flyer and you’ve just gleefully slid into your business class pod. Sixteen hour flight to the other side of the world? Bit of nice food, bit of sleep, stay hydrated. No dramas. Wrong.

The plane begins to take off and then it happens. A rumble in your lower abdomen and then a great uncontrollable flatulence expels into the cabin. The cushion that was wedged behind your head now covers your stomach to mask the smell emanating just as the crew swing by to make small talk with you. You’re in the danger zone now, fly boy.

But have you ever wondered why uncontrollable flatulence happens to some people once they’ve boarded a flight? Wonder no more.

According to Niket Sonpal, a New York City-based gastroenterologist and professor of clinical medicine at Touro College who spoke to Vice, the reason for mid-air flatulence is simply due to altitude and air pressure changes.

“When there’s less oxygen, gas expands and that includes the gas inside our body tissue,” he says.

“Air expands at higher altitudes, the gas in our intestines expands too, up to 30 percent more than usual and that air needs to go somewhere.”

This expansion is the same reason why some passengers experience finger and feet swelling as they rise in altitude usually between 6,000 to 8,000 feet. Oddly enough the pain caused by expanding gases at altitude is said to be more intense in women than men. This is attributed to the fact that the female intestine is more intertwined whereas men’s intestines are in more of a horse shoe configuration.

“When you add pressurised air to the mix, bellies bloat and get distended,” says Sonpal. “Factor in that thin cabin air makes everyone dehydrated and for women especially, this means not enough water in the body to cater to ridding toxins.”

So now that you know what causes it, are there actually ways to avoid uncontrollable mid-flight flatulence? Indeed.

Consuming heavier foods that take longer to digest 24 hours prior to the flight will cause you to become more bloated and prone to gas.

“Heavier foods such as red meats, pastas, and sweets just sit in your stomach leading up to your flight,” Sonpal adds.

Instead he suggests eating stuff like salads and vegetables in the hours before boarding a flight. If this isn’t possible, ask the flight attendant for hot water with lemon once you board. The high alkaline content in lemon water can help to combat the liver toxins which cause flatulence. Fruits like bananas and pineapples are also a go-to snack on flights that won’t do you any damage. If you’re the fancy type though you can try activated charcoals. Sonpal says that charcoal is a powerful binder of toxins and it’s often used to treat overdoses and for preventing hangovers. He suggests taking around 500 mg the day before up until the flight in order to prevent flatulence.

But the one little thing that Sonpal dispels is the use of chewing gum. Whilst it may help in unblocking your ears, it might not in the bowel movement area.

“When people chew gum they are swallowing more air which will lead to more gas, bloat, and flatulence aboard a flight,” he says.

And if all else fails, Sonpal recommends getting out of your seat and walking around roughly every 30 minutes.