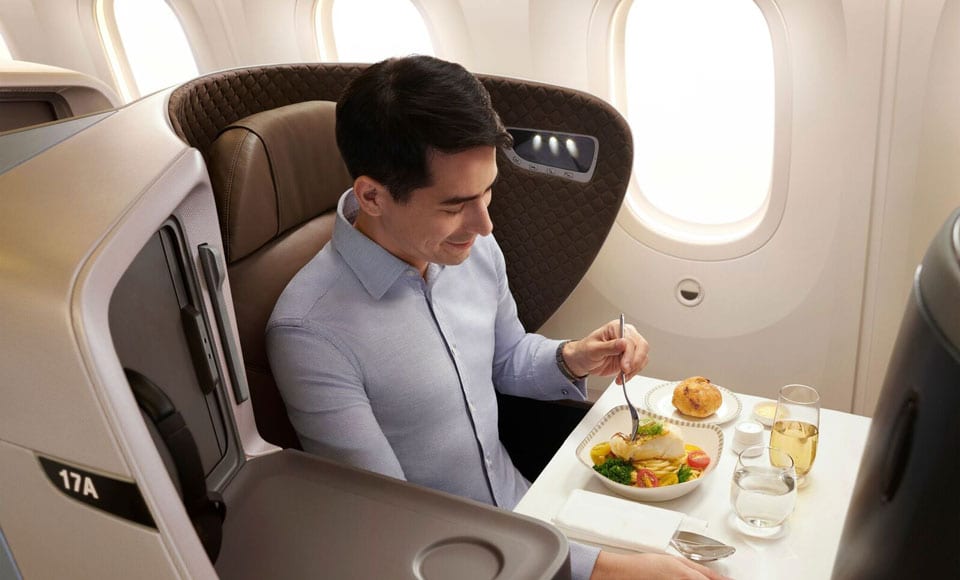 A new year brings with it new and exciting airline food…no, we’re serious.

For Spring 2019 Japan Airlines have revamped their first class and business class menu offerings which now sees 2 Michelin starred chef, Shinobu Namae at the helm of some of their dishes.

For the unacquainted, Chef Shinobu Namae is the man behind Tokyo’s Michelin awarded French restaurant, L’Effervescence. As a graduate of Heston Blumenthal’s Fat Duck in Bray, Namae stepped out on his own and it wasn’t long until his restaurant earned its first Michelin star in 2011 before adding another one in 2015.

From the 1st of March this year, business class passengers will be able to sample some of Chef Shinobu Namae’s dishes on international flights from Tokyo’s Narita and Haneda airports.

Think sirloin steak with port wine sauce or peppered butter, seafood with anchoïade sauce and elaborate sides like horse mackerel escabeche, asparagus with mustard, ratatouille with conger, and burdock salad. And we though our fancy meat pie was pretty damn impressive on our last Canadian business class flight.

Instead of having one chef design their entire menu though, JAL enlisted the help of Japanese-French fusion chef Sota Atsumi to help out with the menu for first and business class passengers flying between Paris and Tokyo. Atsumi himself was the opening chef for the century-old Le Clown Bar – a joint which was eventually awarded the Best Bistro in France by restaurant guide Le Foding.

The favourites haven’t been forgotten though. JAL have brought back its soba noodles from Tsusta, the world renowned 8-seat ramen restaurant which holds a Michelin star. The noodles offered by JAL will be paired with sauce combining chicken oil and truffle. Flick through the gallery to see some of JAL’s most exciting in-flight meals yet. 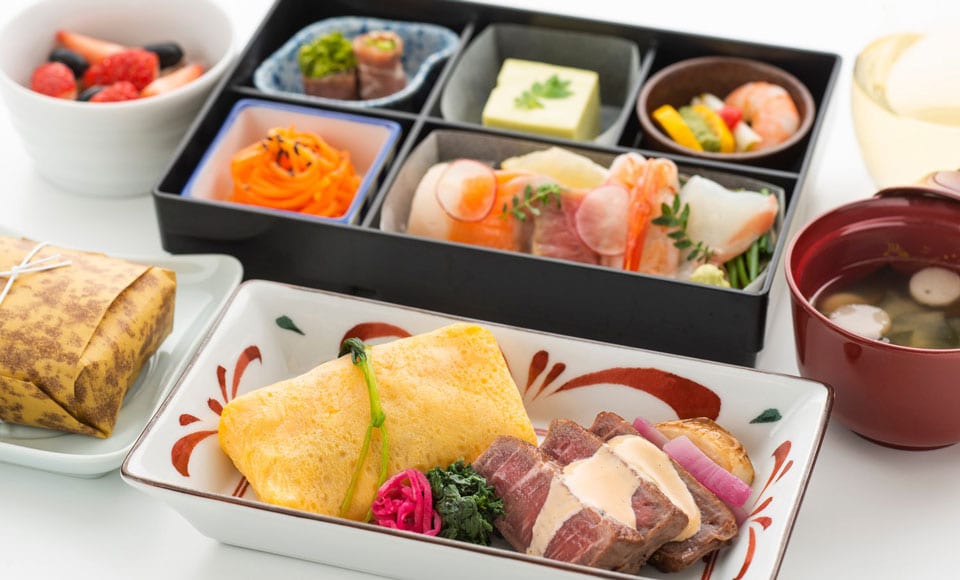 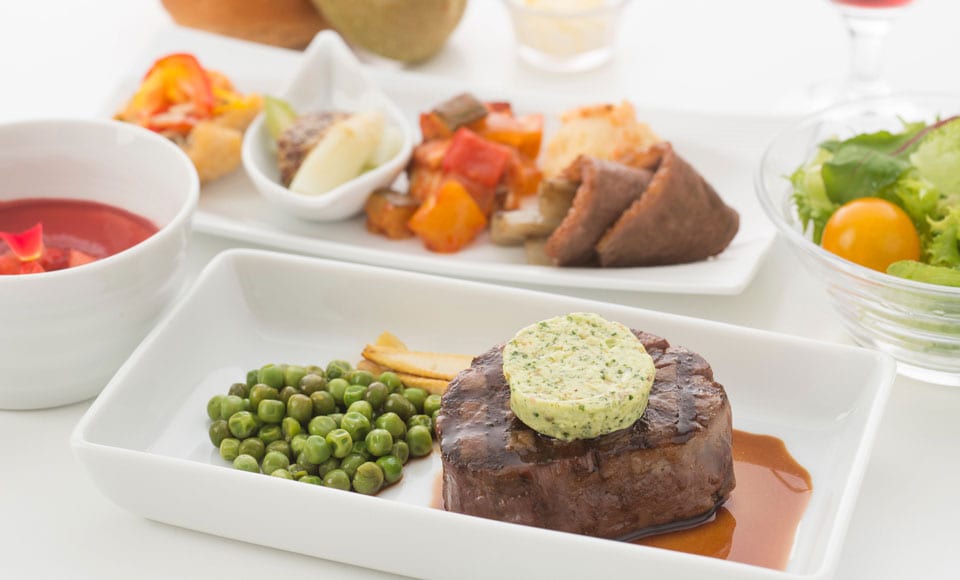 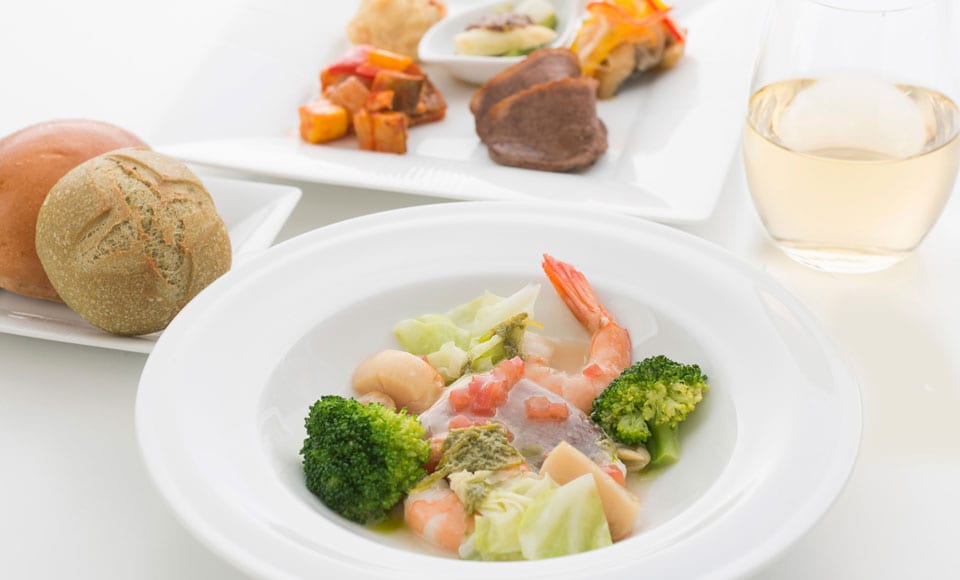 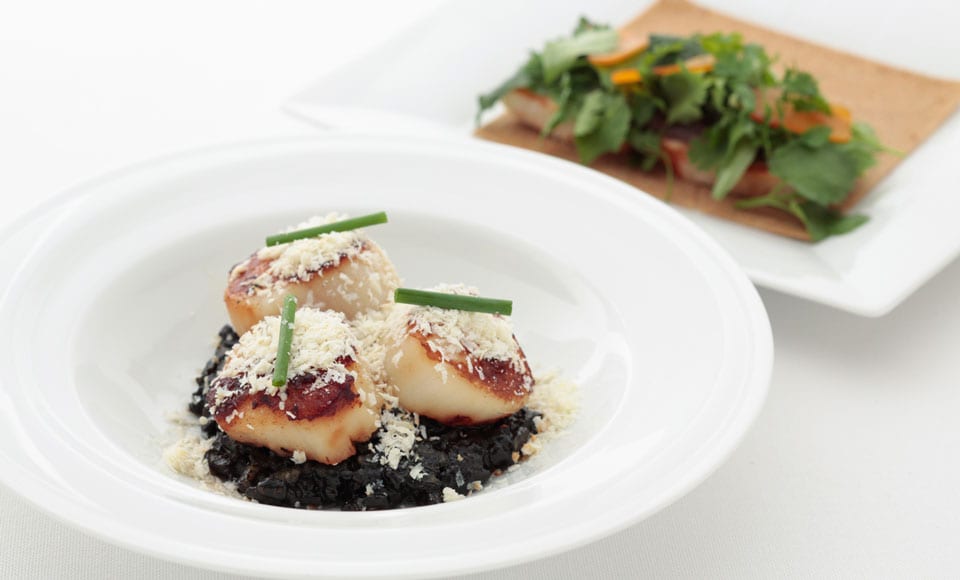 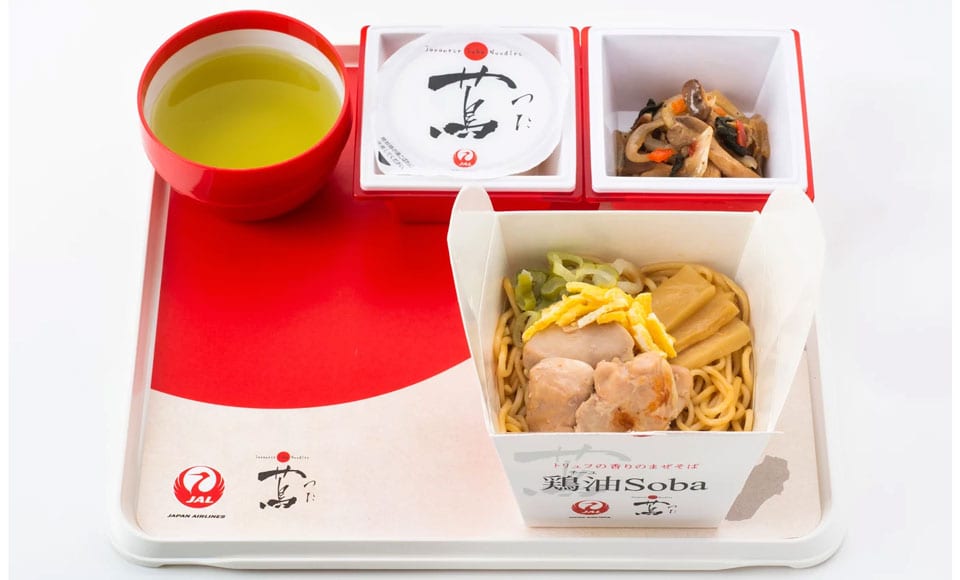