Cheating on the wizard’s cloak.

Will the real Dr. Strange please stand up? Benedict Cumberbatch is known for his eclectic dress sense on our pages. They often range from perfectly tailored suits to smart casual to the downright odd, and his latest look showed us that he can really turn a scarf into a statement. 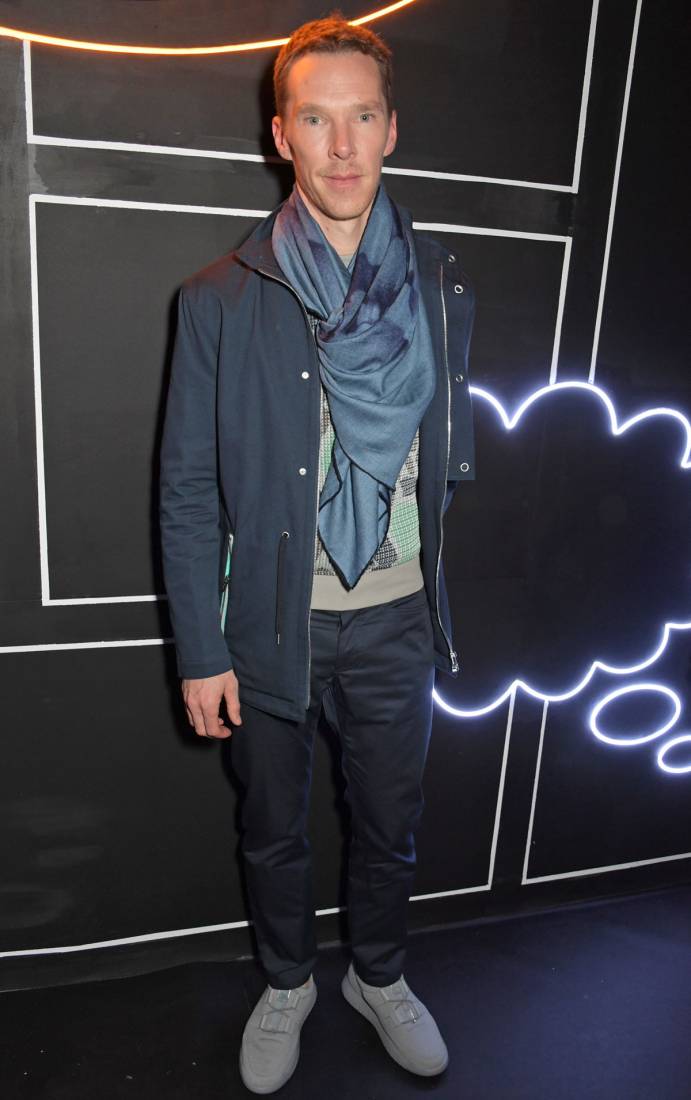 Stepping out at the the ‘Hermes: Step Into The Frame’ show at Nine Elms in London this week, Cumberbatch rocked a teal mid-length field jacket over a graphic sweater that was paired to navy chinos and grey sneakers. What really took the look to the next level though was his scarf – assumingly a Hermes item from the latest collection, Cumberbatch wore the scarf in a way that most men would ever. 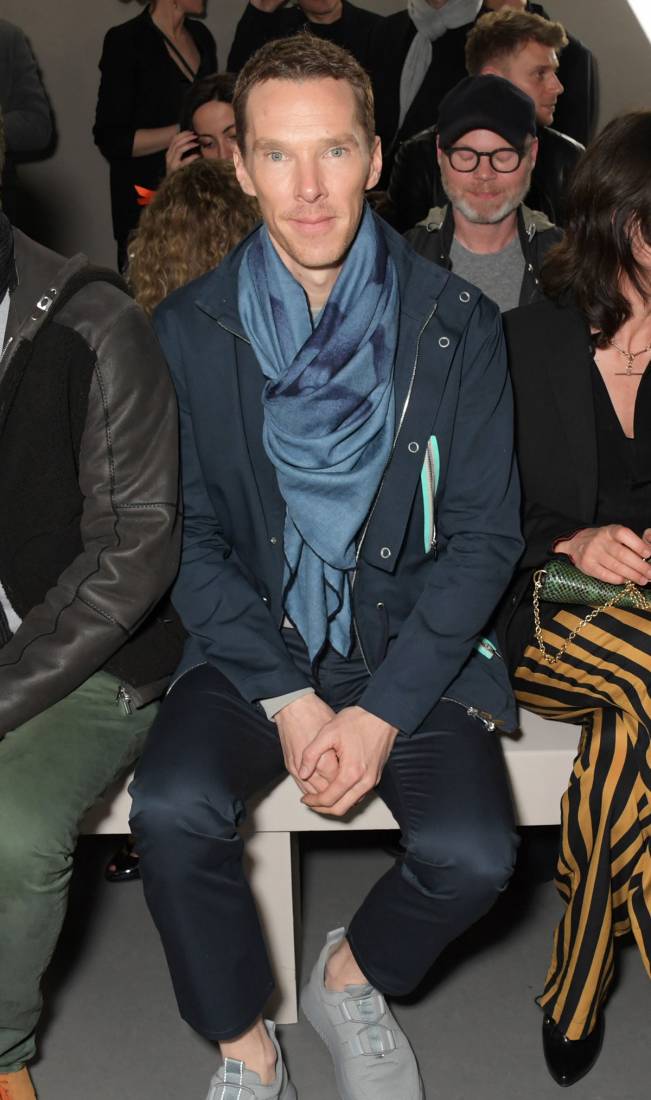 It appears to be a simple loop around scarf but the amount of fabric on hand turned it into something more of an oversized cravat. Slightly rolled with splashes of darker blue tones, the scarf was the perfect centrepiece to an otherwise safe and smart casual look. But before we move on, we’d like to bring your attention to the affinity Cumberbatch has had with scarves. 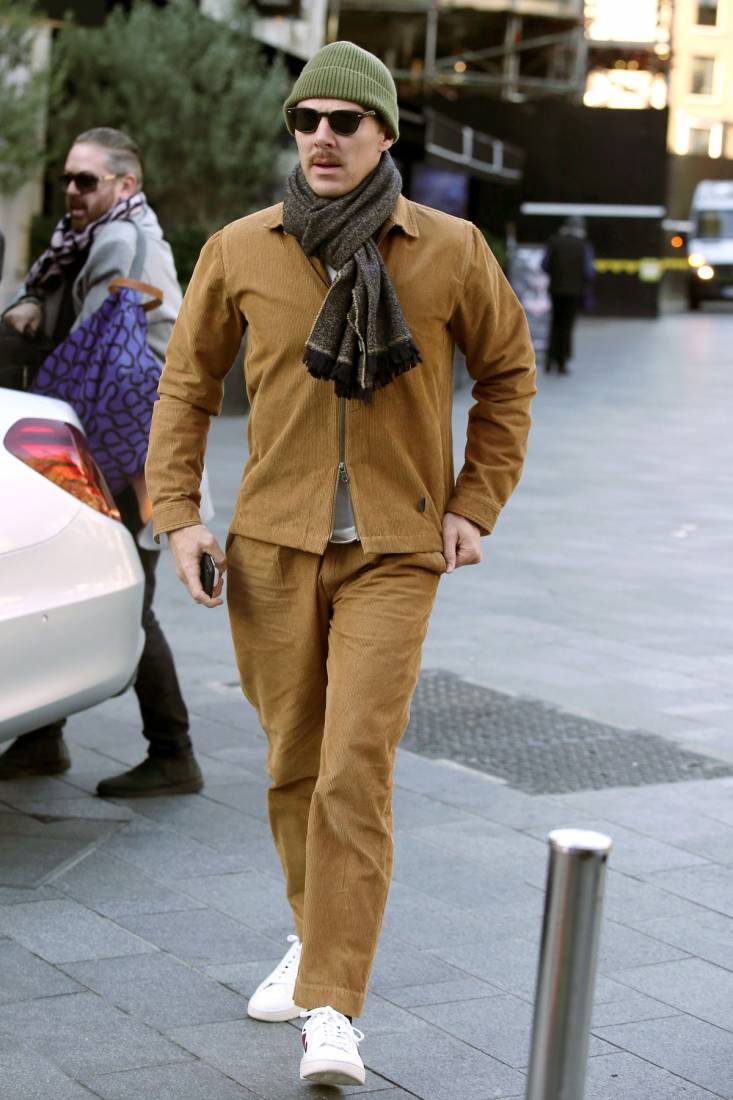 Here’s Cumberbatch rocking a standard scarf in a full corduroy leisure suit (we didn’t know they still sold those). 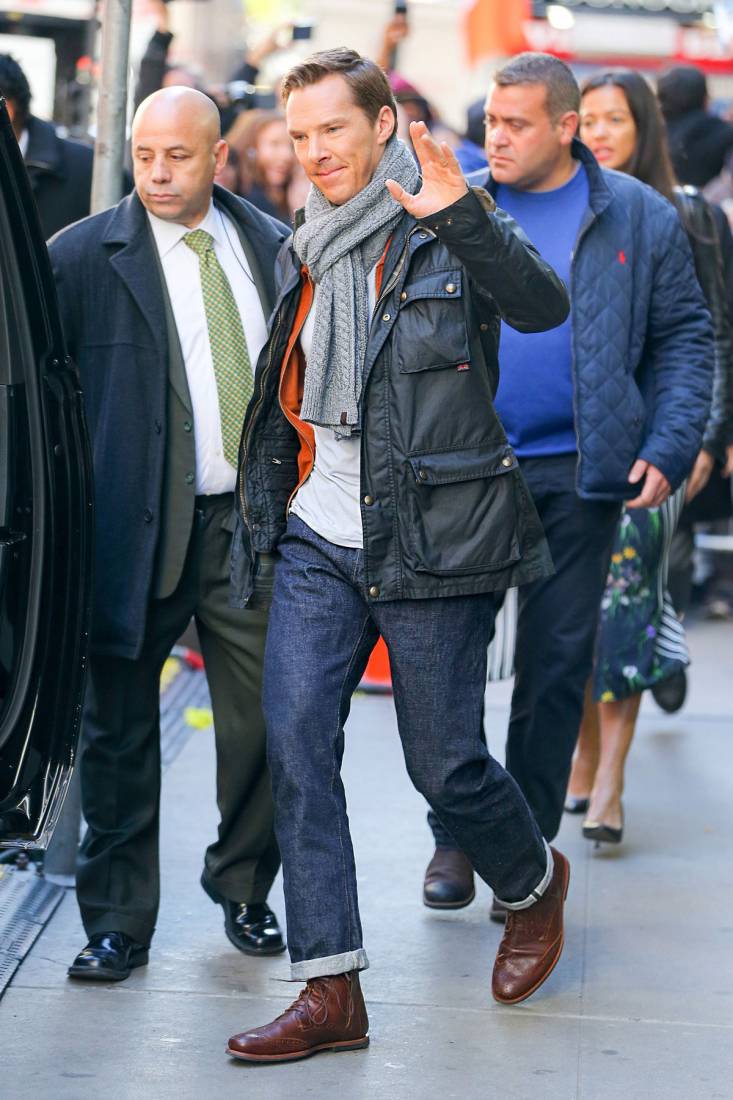 And here’s Cumberbatch looking chic with a more urban inspired look over in the States. The scarf is once again worn in a more traditional way. Does A$AP Rocky have anything to worry about? Only time will tell.