“Sometimes when I’ve seen Economy passengers coming for the toilet I’ve told them to go away. Usually it works, but I shouldn’t have to be the one to do that.” 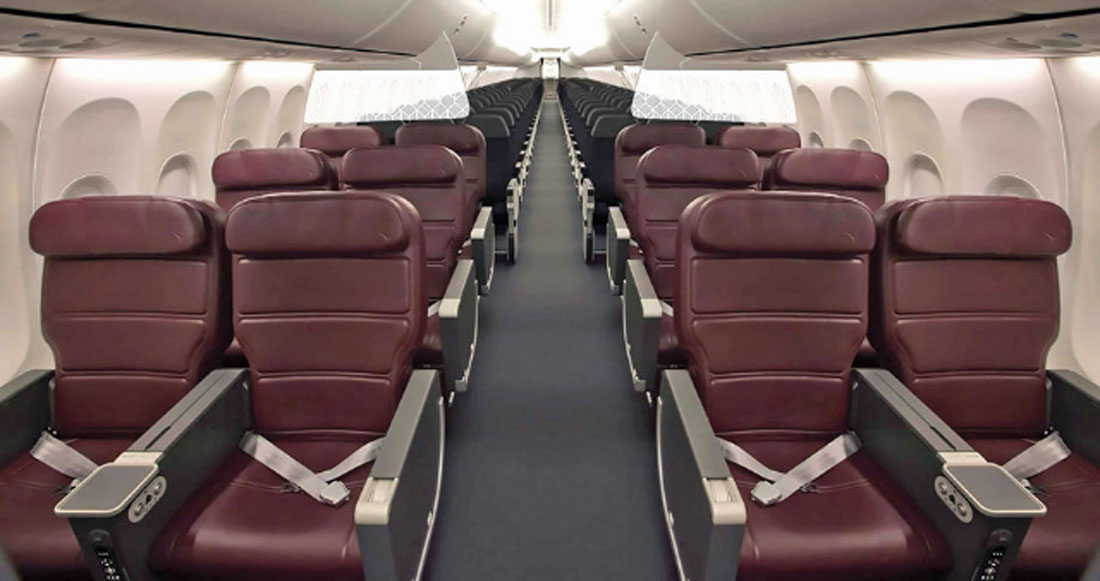 You step onboard, hand over your boarding pass, and begin the long walk of covetousness past the Business class seats. The champagne isn’t out yet, but you can almost smell it in the air. Sadly, you trudge on to your allocated seat, and prepare your knees for the long hours of confinement. Most of us stay there, and prefer to keep “what could have been” out of sight and out of mind.

The more masochistic among us stroll up and down the white roped line, gazing up the stairway to heaven (and premium whisky). However, unless you are particularly brazen, you wouldn’t commit the social faux pas of pretending to be a Business Class passenger and enjoying amenities you haven’t paid for. Until now.

Why’s that? Well, the following rant you’re about to read, left on Australian Business Traveller by a Qantas Boeing 737 Business Class passenger, reeks of such entitlement that any self respecting Economy passenger has good justification for (temporarily) sticking their middle finger up at the system, and paying the Business Class bathroom facilities a visit.

“Of late on 737 business class flights,” Gjspectre announced, “There has been an increasing number of economy passengers strolling through business class and using the toilet.”

“On my last flight to Adelaide,” he continued, “A clearly drunk passenger did this three times, with absolutely no resistance from the crew.” Although he then added, “I’m not particularly fussed,” his next comment immediately betrayed his annoyance; “Perhaps their announcement at the start isn’t enough? I’ve commented before that Virgin Australia with their white rope deters this effectively.”

Fortunately for the reputation of Business Class passengers everywhere, various other Australian Business Traveller readers pulled ‘Gjspectre’ up for his cringe-worthy comments.

Aside from the obvious (“First World problems, hey ????”), his fellow Business passengers responded with some incisive commentary. Neil, for instance, said, “Gjspectre, get over yourself. In a 737 there is only 3 toilets…not a big deal if an economy passenger uses the business toilet.”

To which Gjspectre countered: “The point is, Qantas announce pre-flight it’s for business only, but don’t do anything about it, Virgin mention it and enforce it. I’m an avid fan of Qantas, I’m simply highlighting an easy way to fix the issue :).”

This triggered yet more debate, with some ABT readers coming to Gjspectre’s defence: “Get them back where they paid for I say. Qantas doesn’t have single class service aircraft. They charge extra for convenience and people pay for it with points and/or money. I really don’t see the argument its ok.”

“It’s like the apologists for Qantas who pay 16K for Qantas First and blindly accept their business class unsophisticated F product which does not equate the to super premium fare paid.”

“Even worse,” another added, “Is when they queue in the aisle waiting to use the toilet, it’s something the staff could easily address and tell them to go down the back.” How does this happen? Allow the following indignant user to explain…

“My observation has been some keen observers wait until the cabin crew are busy or absent up front and then make their move. Personally, while I do sit in business class regularly on the 737, it’s not something that bothers me (clearly).”

As for the source of the problem? According to one user: “Qantas changed their 737 toilets about three years ago so they’d be ‘slimline’ and could increase the capacity to 168 seats. So more people needing facilities… the same facilities.”

Par for the course in this age of intense airline competition, and the numerous studies that have shown, despite their complaints, consumers choose based on price above all else. But our dear friend Gjspectre clearly doesn’t understand this. Hence the roasting…

“It’s a toilet, for God’s sake. Can’t have the plebs using up all the gold covered dunny roll…”

Finally, a couple of nuanced perspectives eventuated towards the end: “It is a toilet… But one positive of flying business, is it being less likely to have to wait or queue to visit the loo (Particularly on longer flights). Plus having less disturbance via foot traffic. Not the biggest deal in the world of course, but something which may annoy an airlines premium passengers.”

“Australian culture is generally egalitarian in nature and understand some of the responses here. However, QF could quickly resolve the discontent and grumbling by either delivering on the implied promise or not making the promise at all. Rules are rules and if the crew are ignoring them, that’s not really acceptable.”

Our challenge? Forget the toilet. It’s time to hit up the bar. Just remember to look the part.