Now all we need is an eject button… 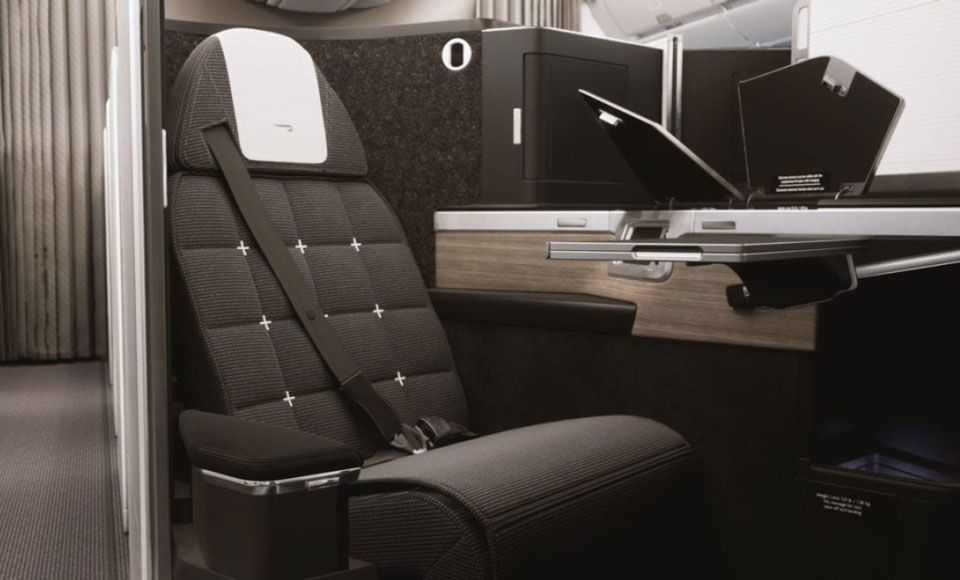 Picture this: you pocket your business class ticket, waltz down the coveted aisle, sip the champers and settle into your ‘ergonomic’ pleasure pit. Then, tragedy strikes.

Despite blowing a month’s wages to escape the Economy crunch, you realise your neighbour is intent on making ‘polite chit chat’, and your ‘mate’ across the aisle is attempting to initiate a vigorous staring contest.

It is at this point you realise why airlines are competing to provide Business Class travellers with more of a ‘retreat’ experience. Enter: British Airways’ latest move, earlier this week unveiling a new “Club Suite” that comes with a door, meeting customer demand for privacy.

This Business Class suite boasts a lie-flat bed (a feature now standard after BA introduced it in the 1990s), a vanity unit and mirror, an 18 1/2-inch screen and 40 per cent more storage space than the previous model.

Introducing the Club Suite, launching on board our A350 aircraft. Enjoy all-aisle access, gate-to-gate IFE and enhanced storage from the privacy of your own enclosed Suite. #ClubSuite #FlyBA #BritishAirways #ClubWorld #Travel ✈️ 💺🥂

It’s also worth pointing out, for the Australian business traveller, depending on your exact route, nabbing one of these seats could net you a fair few transferable Qantas status credits.

That said, anyone looking to take these new seats for a sleep will have to wait at least a few months, as British Airways won’t install them until the arrival of its first Airbus SE A350 jets in July, the International Airlines Group unit said in a statement.

As reported by The Australian Financial Review, “Each plane will feature 56 of the berths, plus the same number of premium economy seats—which get a new pillow, quilt and amenity kit – and 219 in economy.”

“BA plans to install the berths across the bulk of its long-haul fleet.”

The AFR went on to point out that British Airways are using this upgrade, “To fend off Virgin Atlantic Airways and other rivals in markets including London-to-New York, the world’s most lucrative route for corporate travel.”

“The contest for the most appealing business cabin, always a big focus for premium carriers, is set to become even more intense as Virgin Atlantic prepares to unveil a revamp of its Upper Class berths next month on its A350 jets set to enter service over the summer,” (AFR).

In other words: buckle up, Branson.