No pain, no gain… 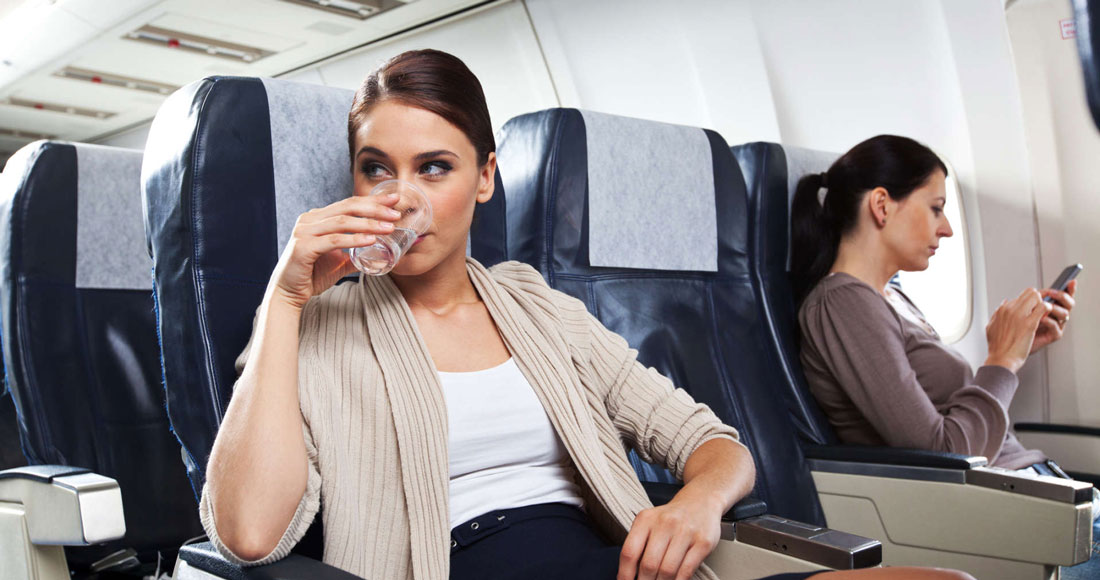 When you book a trip to Spain, you probably envision your holiday beginning on a sunny terrace, piping hot coffee in hand. Or when you touch down in France for the Euro trip of a lifetime, you might expect to be getting down to some new school beats in an old school discoteque quicker than you can say alors on danse…

The reality, however, is a little different. Whether you’re in a Barcelona barrio or a Parisian banlieue, for the first 24 hours you could be anywhere, as you spend half the day catching up on Z’s, and the other half walking around in a semi-confused fugue state, otherwise known as jetlag.

Unless you are a CIA operative. In which case you simply follow a strict “anti-jetlag” diet in the lead up to (and during) your flight and land with your sleep pattern (and energy levels) perfectly in sync with your current location.

Fortunately for the rest of us, this regime works on everyone, whether your job is to assassinate the Illuminati or to see as many impressionist paintings as you can in 24 hours. There is, however, a painful catch, especially for those of us that appreciate the tasty things in life (or eating, more generally).

But we’ll get to that. First you need to understand how jetlag functions.

Your body has a peachy little mechanism called a circadian rhythm. When you live in one place for an extended period of time, this serves you well, as biological ‘clocks’ in your brain, liver and heart work together to release signals (chemicals) to make you feel tired, hungry or energetic all at the right times.

Of course, when you fling yourself across the globe in a tin can, these mechanisms go haywire. A problem that the CIA have been working on for decades. And if you’d like to skip the bleary first 48 hours of your next long haul trip, you ought to pay attention to what they found.

As God Save The Points, a business travel website, reports, “One study was found to be the most conclusive of all. So much so, it’s been widely used by CIA operatives, as well as the US Army, Navy and presidents—not to mention a-listers from your favourite movies.”

Developed by Charles Ehret and dubbed the Argonne anti-jet lag diet, the regime involves a great deal of personal sacrifice, matched only by the rewards you will receive upon arrival. But how exactly do you do it? We’d recommend the simplified version.

Here’s how to avoid jetlag (literally) like a pro.

Figure Out The Local Breakfast Time Of Your Destination

Work out how many hours ahead or behind it is of where you are right now (apps like Timeshifter are great for this).

“On the day of your travel, you must fast for 12-16 hours from the time breakfast would be served at your final travel destination when you arrive,” (God Save The Points).

“Example: you fly from New York to London on March 12th in the evening. Your next meal will be about 3AM New York time late that night, which is 8AM London time on March 13th. You need to start your fasting around 12-16 hours before then. Basically, you’ll need to fast well before you reach the airport. This would mean stopping your meals, which should be high protein, at around noon that day.”

When The Alarm Goes Off, Don’t Eat Anything From That Moment Onwards

Once you begin fasting, no matter how tempting the complimentary Gin and Tonics, Sour Cream Pringles and reheated airline food, you must stick to a strict diet of water, water and more water. Not even coffee or soft drinks. Nothing.

“Painful, we know. (But) by fasting, you allow your body clock to reset when you reward it with breakfast at its new local destination time,” (God Save The Points).

“Basically, the body sheds any memory of when it was supposed to eat and readjusts to its new zone.”

Once The Fast Ends, Eat A High Protein Breakfast

Avoid starchy food and carbs throughout the day, and stay in well lit environments. Also, if you can, get some exercise and fresh air, and if you are a coffee addict now is the time to indulge. But then shut all this down at 3pm local time.

And to do the more extreme version, just do the same, but start a few days earlier.