Want A Shortcut To Building Muscle & Strength? Fitness Experts May Have Found The Answer 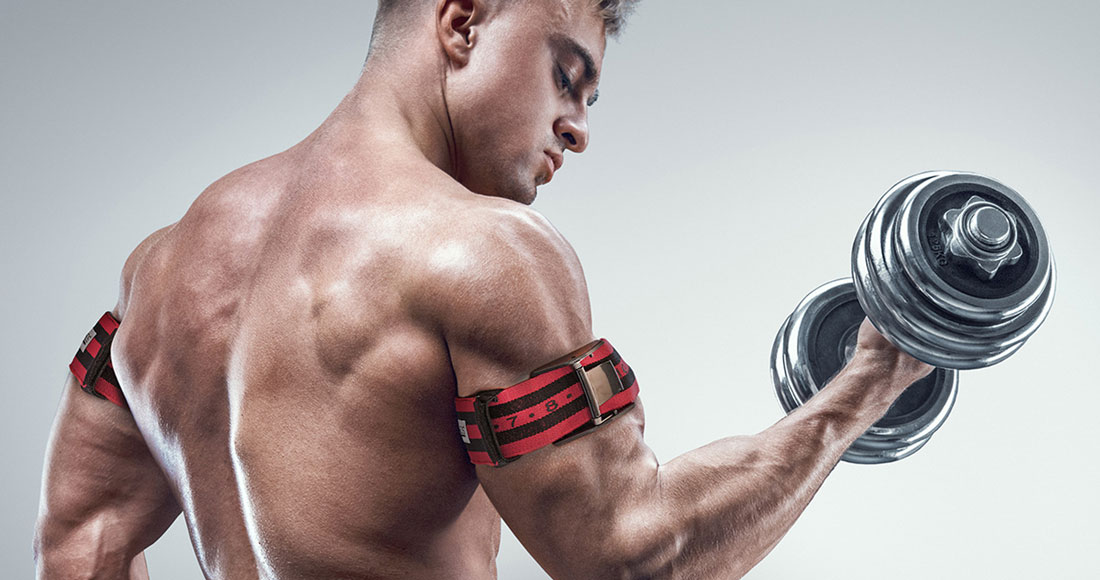 Most people know that big gains take time but for those with little time and lofty goals for a jacked physique, there could be an answer.

Occlusion training is the method of restricting blood flow to the veins of a working muscle in order to promote muscle size growth and strength. It involves wrapping an elastic band around a part of your workout limb before proceeding with the exercise – for example, an elastic band can be wrapped around the top of your leg before attempting a squat workout.

Brock Armstrong who is the head fitness guy at Quick & Dirty Tips investigated this unique form of training in detail and says that it “sounds crazy, and a little bit scary, but there’s definitely something to it”. Occlusion training is also known as blood flow restriction (BFR) training and in the past it has been shown in studies to result in skeletal muscle hypertrophy, increased strength, and increased endurance. In 2015 the Military Times noted that a Japanese variant of occlusion training called ‘Kaatsu’ was a “revolutionary new training system” that is blowing the minds of fitness researchers.

So how does it work?

A specific type of elastic band needs to be used – not your usual resistance band found in the gym. It’s similar to the one phlebotomists uses on you when you’re giving blood. This band slows down the movement of blood travelling back to your heart, thus allowing more blood to be isolated in the limb you’re woking out. Blood of course is the trailer that carries oxygen and muscle building nutrients to the muscle tissue.

Controlling the amount of blood in your veins means that the concentration of lactate in your blood is higher even at lower workout intensities or weight. The result is a simulated feeling of a tougher workout on the muscles where the brain is tricked into believing that it just completed a tough workout. Your brain then releases – what some researchers say – is 170 percent more growth hormones that contribute to muscle growth. This process is called Cell Swelling.

Whilst those who have never heard of BFR training may see it as a form of dark art, there have been positive studies and reports compiled in the past that approve of its methods. A 2016 Sports Medicine systematic review claimed that occlusion training increased muscle size and strength in the shoulders, chest, and arms better than conventional training methods.

It even went as far as concluding that “current evidence suggests that the addition of BFR to dynamic exercise training is effective for augmenting changes in both muscle strength and size”.

The main concern for any workout of course is how safe it is to attempt. Whilst BFR doesn’t involve ingesting any drugs or supplements, it does come with a specific guide on how to do it correctly so that you don’t hurt yourself. Armstrong notes in his report that “occlusion training can and has been used by athletes, patients in postoperative rehabilitation, cardiac rehabilitation patients, the elderly, and even astronauts to combat atrophy”. If you suffer from any form of vascular disorder like high blood pressure, cardiac disease or deep-vein thrombosis, you should not attempt BFR training. If you also experience any form of numbness during your sets, you should also stop.

Now having said that, here are some of his tips on occlusion training.

What Tightness Should The Tourniquet Be

Armstrong says that the tourniquet should be good and snug, but not so snug that you begin feeling pins and needles. “If any of your extremities start to go white or blue, you are restricting arterial flow – and that is definitely too tight!” Past research has indicated that a perceived tightness of 7/10 should deliver the ideal and safest amount of blood during BFR.

Choose One Body Part To Workout & Stick To It

It’s important to know which part of the body you’re working out as you don’t want blood flow restriction in both your upper and lower body at the same time. Make sure to also wrap around the narrowest part of your limb.

How Heavy You Should Lift

A lot of the research indicates that there is no benefit to lifting heavy when you’re using occlusion bands. Armstrong notes that a weight limit of 20 – 40 percent of your 1RM (your personal weightlifting record for any particular exercise) will be good enough. “I would suggest starting with four sets of 15 reps with 30 seconds rest between each to mazimise muscle growth,” says Amrstrong. “You can do this workout two times per week safely with a maximum of three times per week with 48 to 72 hours of recovery between each.”