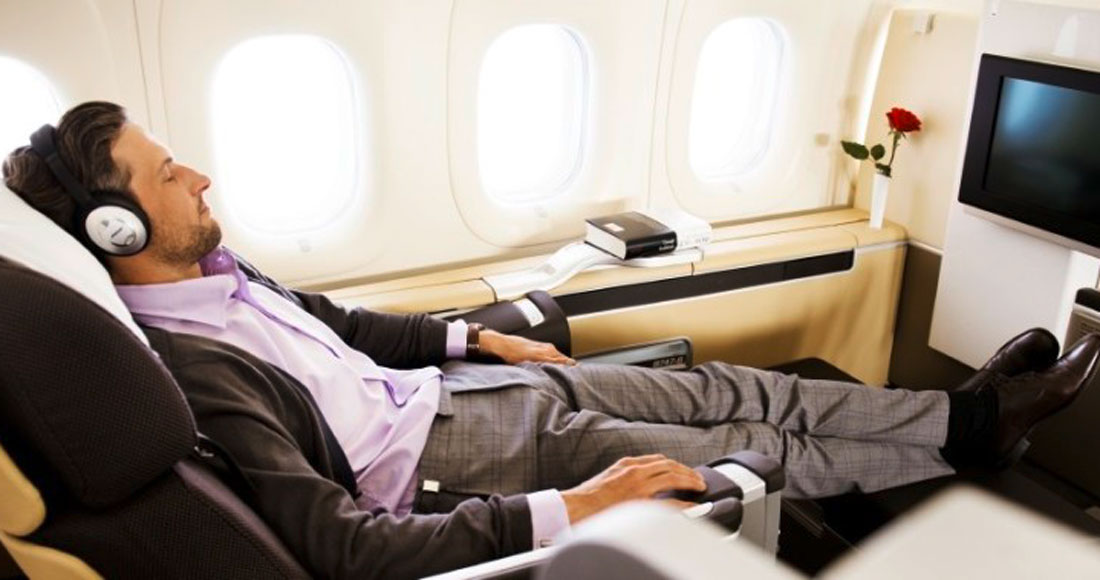 Getting an upgrade has always been associated with grovelling, grooming and acquiring more frequent flyer points than is possible in one lifetime (and using them before they expire). However, one Business class traveller just proved there is another way—in the process earning himself ‘legendary’ status among the check-in staff.

So stop Googling “how to hack an airline’s air miles server”, and read how John Burfitt—thanks to an “unreasonably irate” passenger, ended up in a place he “only ever dreamt of” (First Class).

“I was flying business class,” he explains on Escape—a popular travel website—”And was thrilled to be in the pointy end of the plane. Stepping up to the check-in desk, the helpful agent said he would pick a good seat for me.” So far so normal.

However, just seconds later, fury exploded at the desk next to him. “‘But I only ever sit in 12B in business, and won’t sit anywhere else,’ shrieked (an) incensed man, jabbing his finger at the check-in agent. ‘I don’t care what you have to do, get me my seat now!'”

Listening in, John heard the check-in agent reply, “Sir, you didn’t pre-book that seat and it has already gone, but I promise to find you another great seat.”

“She might well have told him he was going to have to sit on a bucket for how he reacted.”

“’Listen, you get me 12B or else,’ he roared. ‘I don’t want any other seat on this plane, so fix this catastrophe!’,” John heard, as he looked down at his boarding pass and saw he had the ‘prized’ 12B.

Just as John whispered to his agent, “I’m happy to move if it’s going to avoid this—give him my seat,” his agent’s phone rang, and a brief conversation occurred, unbeknownst to John, proving that Karma does sometimes exist.

“As my fellow passenger was turning crimson with rage, my agent hung up the phone and turned to the man. ‘Sir, that was my supervisor and it seems there is something we can do about this after all—please give me your boarding pass,’ my oh-so-polite agent announced.”

He then printed out two new boarding passes and handed Mr. Important the seat he wanted. Then, without pause, he turned to our mate John and handed him the seat Mr. Important may have ended up in had he kept his trap shut: First Class seat 1A.

“With a smile so sickly sweet it could have cut glass, the agent then said, ‘I hope you both enjoy your flight.'”

Oh, and as John describes, the reaction of Mr Important was equally satisfying: “I glanced over at the other passenger and his mouth was literally hanging open. In fact, the news he had actually got what he demanded had stunned him into silence. He shuffled away.”

Then, an hour or so later, he then walked into the coveted First Class, passing Mr Important on his way in: “The sound of the curtain swishing closed behind me as I stepped into the hallowed space was all part of this sweet victory.”

“Then came the flow of Moet, the chef-designed menu, the pyjamas and best of all, the chair which looked more like a couch and would soon become a bed.”

And it doesn’t end there: “Just as I was settling in,” John recalls, “I felt a tap on my shoulder, and turned to see the check-in agent. He was trying to stifle a gleeful smile but was not trying very hard at all.”

“I wanted to say I have never had such job satisfaction upgrading someone as I did today with putting you up here, while also managing to get that other man into his preferred seat.”

So, our lesson for today? Never forget the power of a check-in agent and—more than being careful what you wish for—be careful how you wish for it.