The Glacier Express just got cooler. 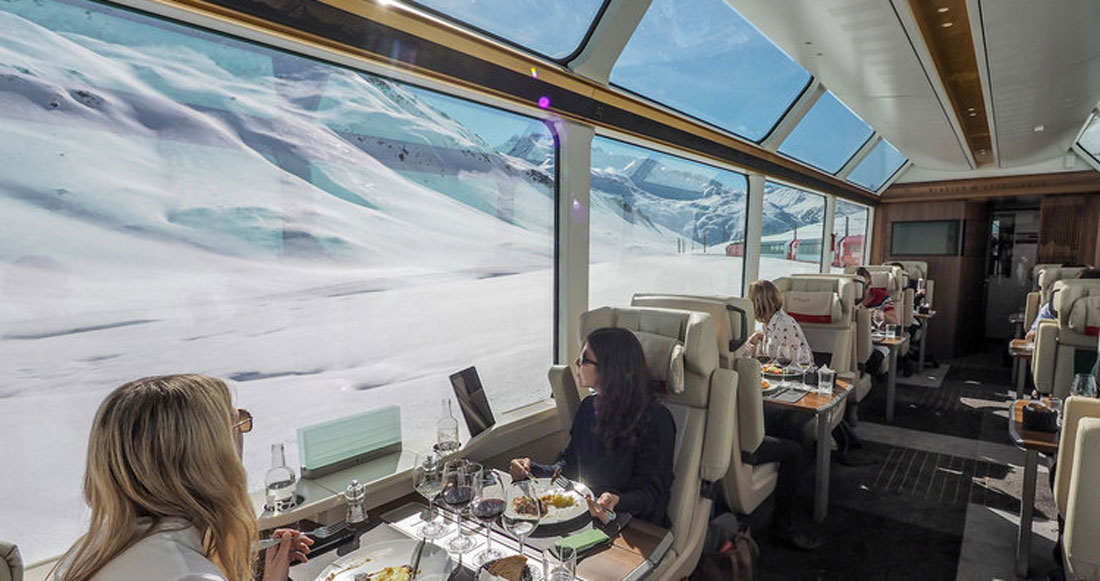 Toblerone. Zermatt. Lucerne. Geneva. Lindt. When visiting the land of cheese and chocolate, it’s hard to know where to start.

However, Switzerland’s Glacier Train just made that decision a little easier (for luxury lovers), introducing a ‘beyond first class’ carriage, so that the ‘ballers’ of the world can spoil their lovers in even swisher style.

For those that aren’t accustomed to wearing a Tag Heuer by day and an Omega by night, The Glacier Express is a coveted route running between St Moritz and Zermatt in Switzerland and is on more bucket lists than Thailand’s Mai Khao beach.

One squiz at the surrounds shows why: it cuts through some of the best scenery in the Alps, starting (and ending) in a scenic station, with a leisurely eight-hour journey traversing Matterhorn, Oberalp Pass, and the Landwasser Viaduct in between.

A post shared by DESTINATIONSHUNTER (@destinationshunter) on Dec 6, 2018 at 1:30pm PST

As reported by Departures, “While the views are beautiful from the existing second and first class seats, the operator is adding a whole new class for some added luxury: Excellence Class.”

“In the new ticket level, travellers will be treated to a seven-course meal served alongside champagne, panoramic views, concierge service, and personal tablet use.”

Also, “The Excellence seats are capped at 20 passengers per ride (and) prices for a one-way ticket are currently just under $700,” (Departures).

Pricey? Sure. But—as Departures points out—when you consider that this gets you a world-class dinner and drinks, unbeatable views, and personal space on an eight-hour journey via what’s technically considered public transportation, it might just be worth the cost…