Don’t crucify us yet. We love Robert Downey Jr just as much as the next fanboy, but one would think that after more than a decade as billionaire Tony Stark and Iron Man, he’d have enough change left over for a decent tailor. Unfortunately not.

The Avengers: Endgame promo circuit is currently in full swing and as we follow the stars across the globe we’ve noticed that Robert Downey’s civilian suits are…better…but still on the more scruffy outlandish side. 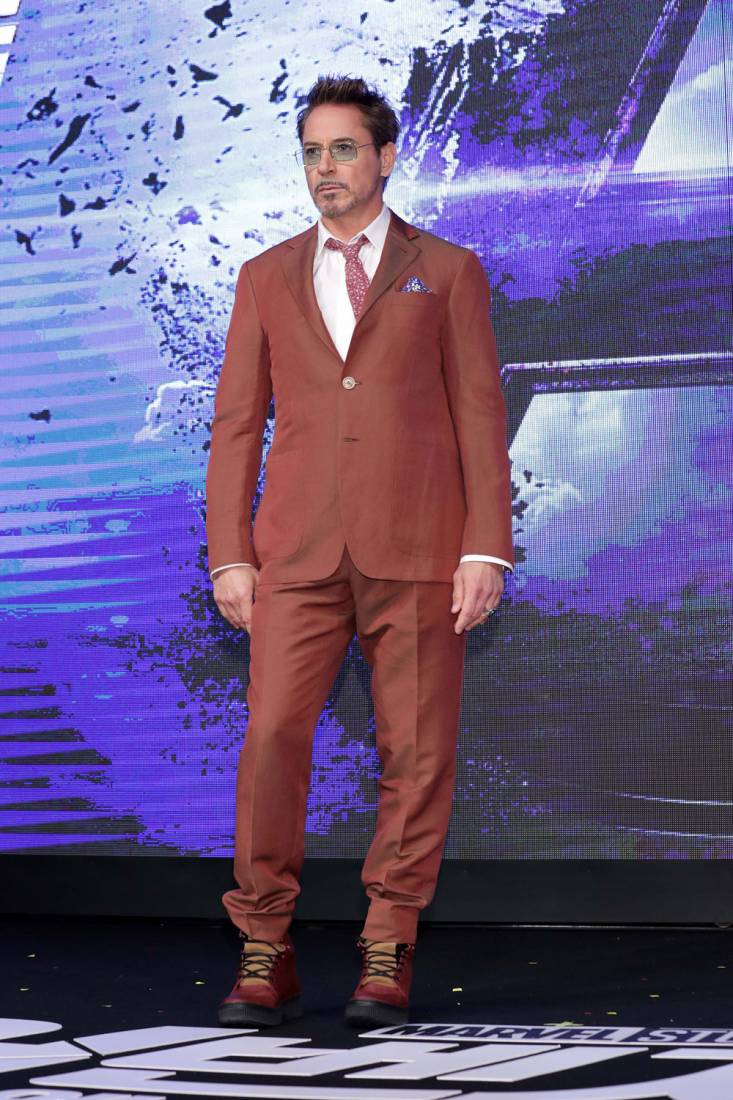 Take his latest press appearance in South Korea for example. Overnight Downey Jr rocked a light brown suit paired to a unbuttoned white shirt, floral print tie and pocket square. The issue here isn’t so much the choice in pieces but the clash of colours and patterns – there just seems to be no consistency in the look, a look made much worse with…dun-dun-dun…Iron Man themed leather boots. Just look at the way they bunch up the trousers at the feet. Dapper Cap would not be too pleased about that trouser length. 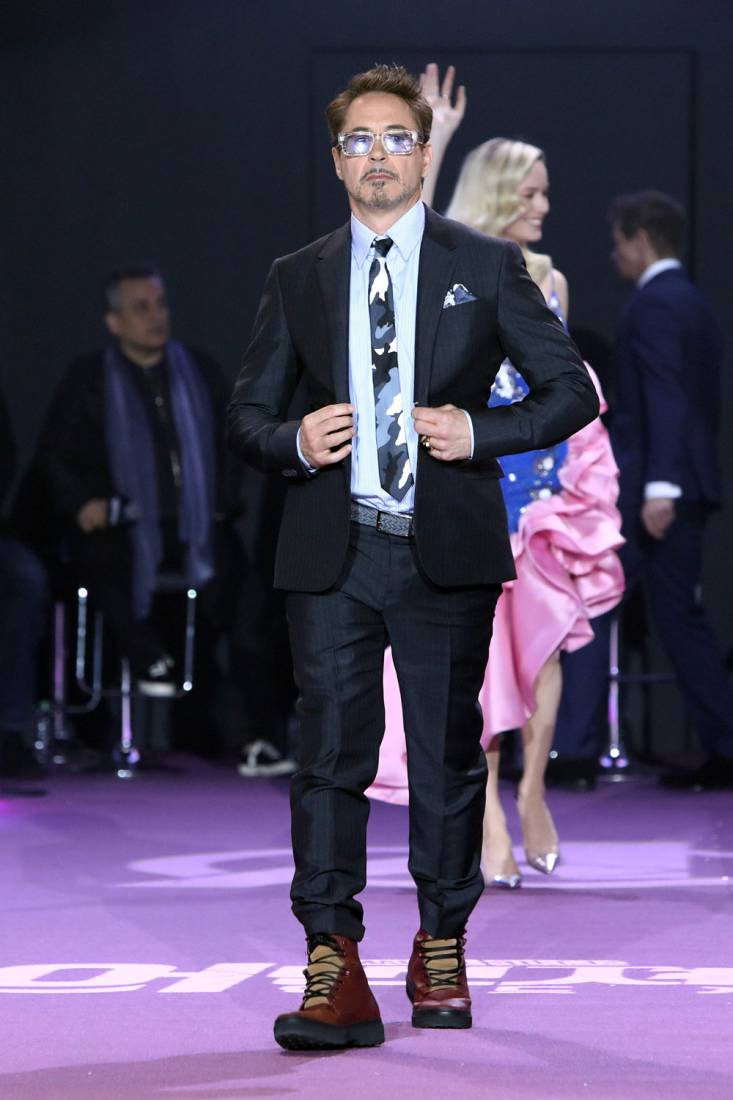 For evening duties Downey Jr changed into a much nicer combo with matching camo accents on the tie and pocket square. Shirt? Properly done up like a grown man. Belt? Woven. Tinted specs? Definitely on point. And then…we have the offending Iron Man boots yet again. A nice pair of leather lace ups or double monks would be perfect in this scenario.

Need more evidence of the point we’re trying to make? Take a look at this gem from the Iron Man premiere of 2008. 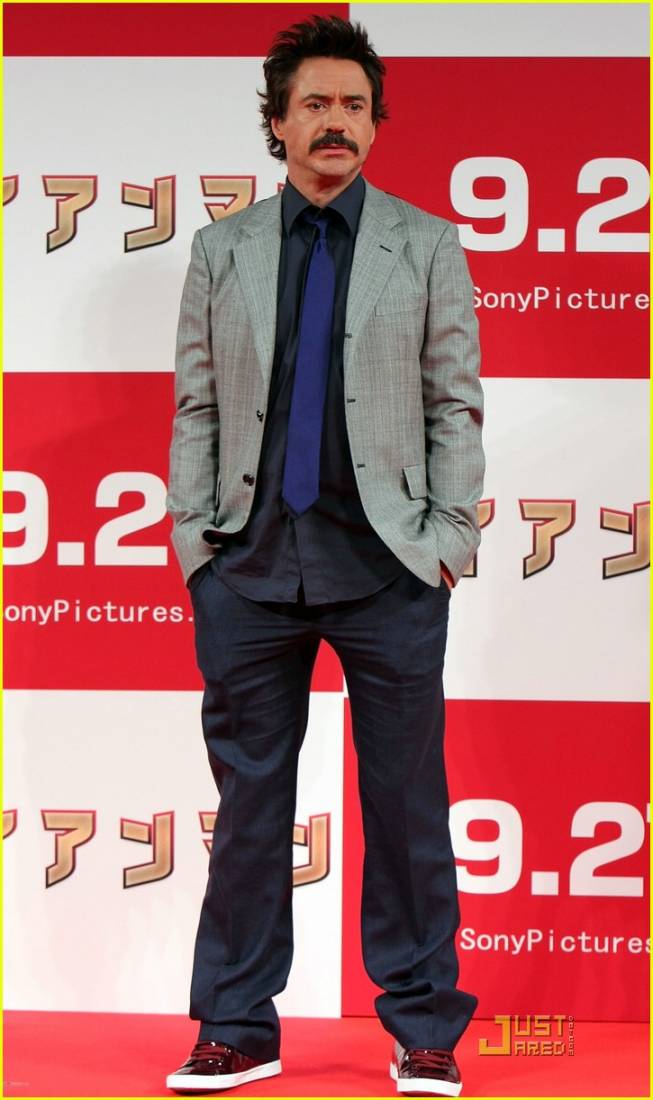 But hey, who are we to complain. We’ll just take this as the Robert Downey Jr. signature quirk. We love the guy, we just wish his final outing as Iron Man would be a more polished one on the promo circuit.