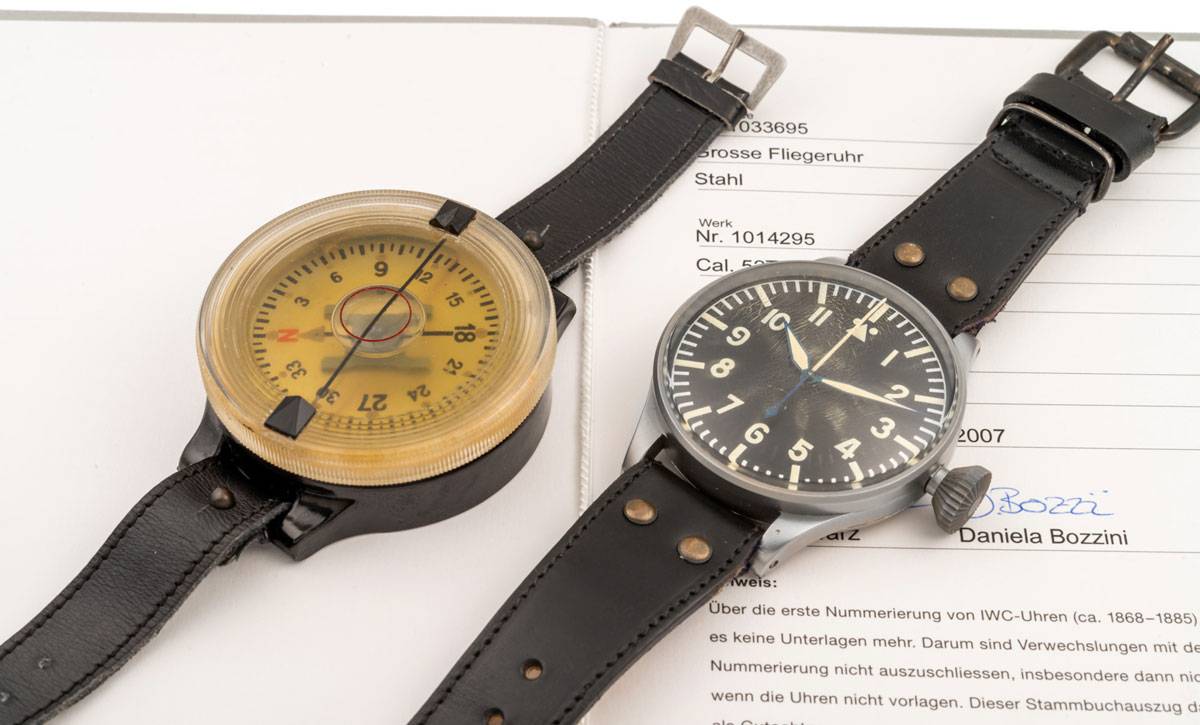 When watch makers talk about watches from a vintage era, it’s usually a watch inspired by the vintage era. Not today. The IWC Big Pilots watch you see before you is an original and ultra rare timepiece hailing from the 1940s WWII era.

Military watch collector Konrad Knirim was the previous owner of this highly coveted piece and today it could be yours for a relatively low price (for a piece of this calibre and age) which is expected to fetch between US$15,000 to $25,000. The model itself is named ‘Grosse Fliegeruhr’ and it was one of the watches delivered to the Luftwaffe, the German Air Force, who armed their pilots with a wristwatch that was accurate, robust, and easy to read during missions. And use it they did. The watch’s earliest active duty came during the Battle of Britain or operation SeaLion (August 1940-May 1941).

Novelty details on the watch includes unique code engravings from the days of active duty including the inside case back which is engraved with ‘B-Uhr: Beobachtungs-Uhr’ (German for Navigation Watch). Look closer and there’s even flight department numbers the watch was assigned to. In total there were only 1,200 pieces made with 1,000 of them going to the German Air Force. The remaining 200 were used for English deck watches.

We don’t suggest you wear this one to your next dinner party though as it’s considered the largest calibre ever made by IWC – the case is 55mm in diameter. Other notable specs include manual winding and centre-seconds all within a watch that presents AAA grading.

Those interested can drop their enquiry at Antiquorum now. 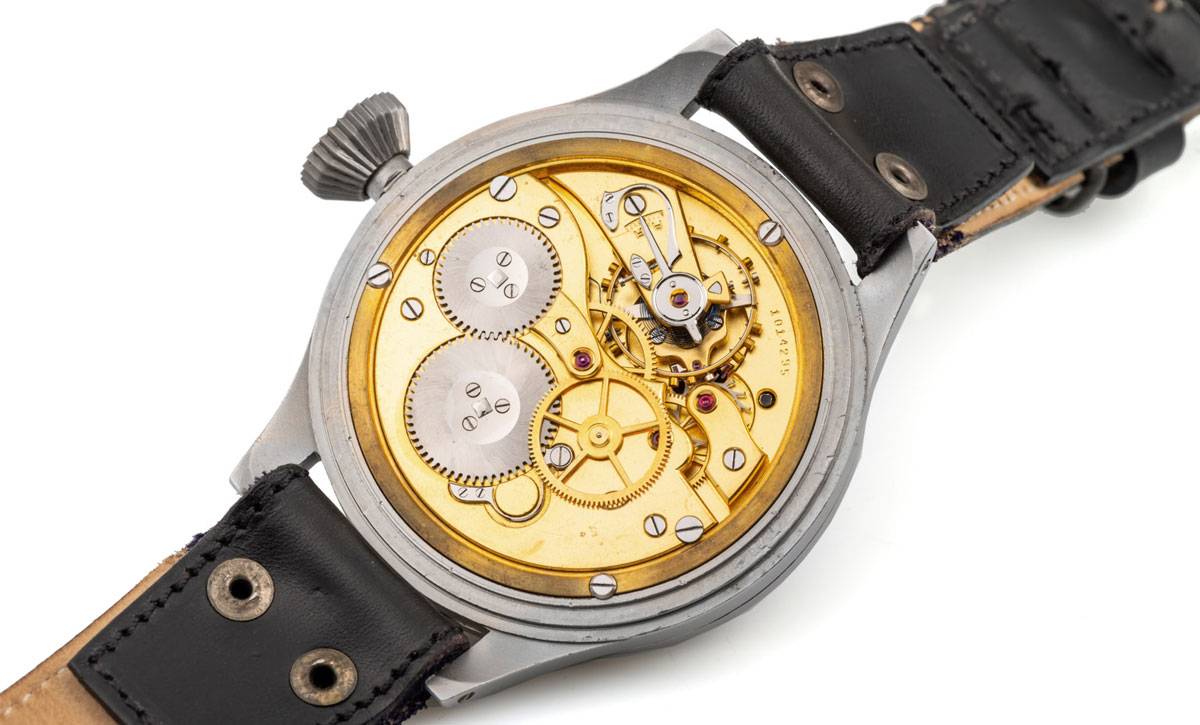