When it was announced that Miles Teller would be playing Goose’s son in the upcoming Top Gun sequel alongside Tom Cruise as Maverick, many were sceptical on whether he could pull it off. The original film was a classic in countless ways from the score to the storyline to the fashion. Well it’s safe to say that Miles Teller just proved that he’s at least got the last part sorted. 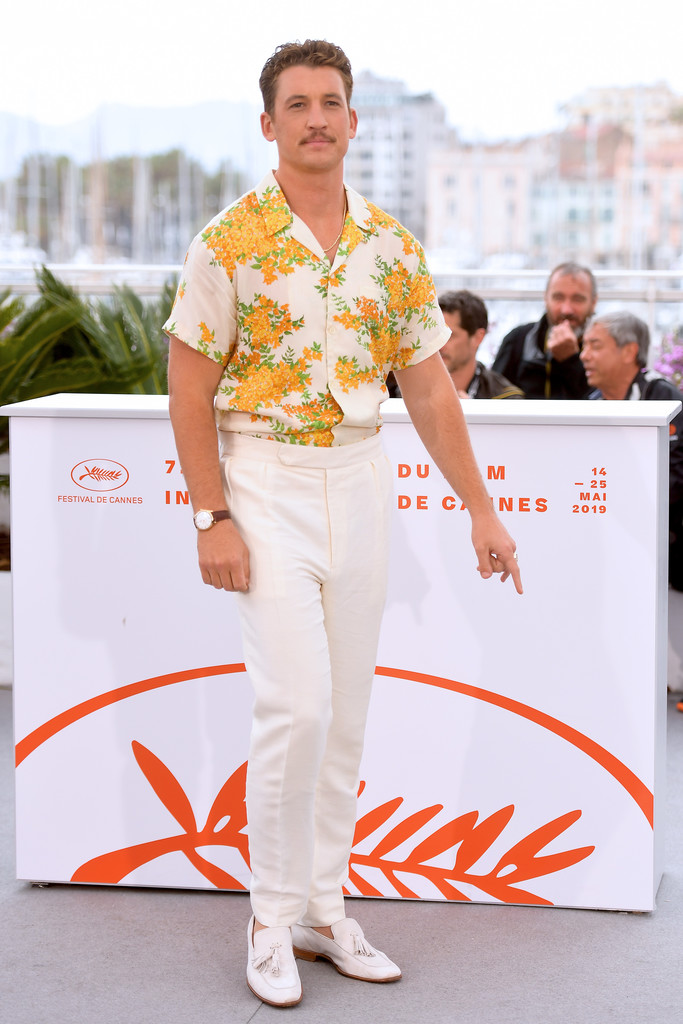 At the Cannes Film Festival over the weekend the 32-year-old American actor stepped out for the ‘Too Old To Die Young’ premiere in an 80s-inspired outfit that dad would be proud off. 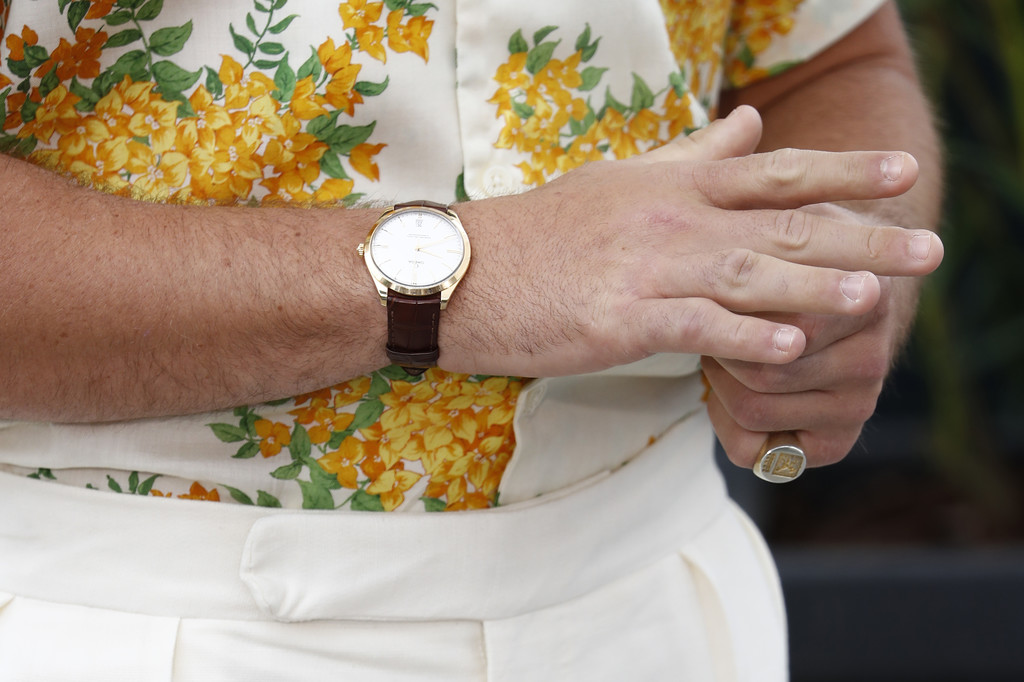 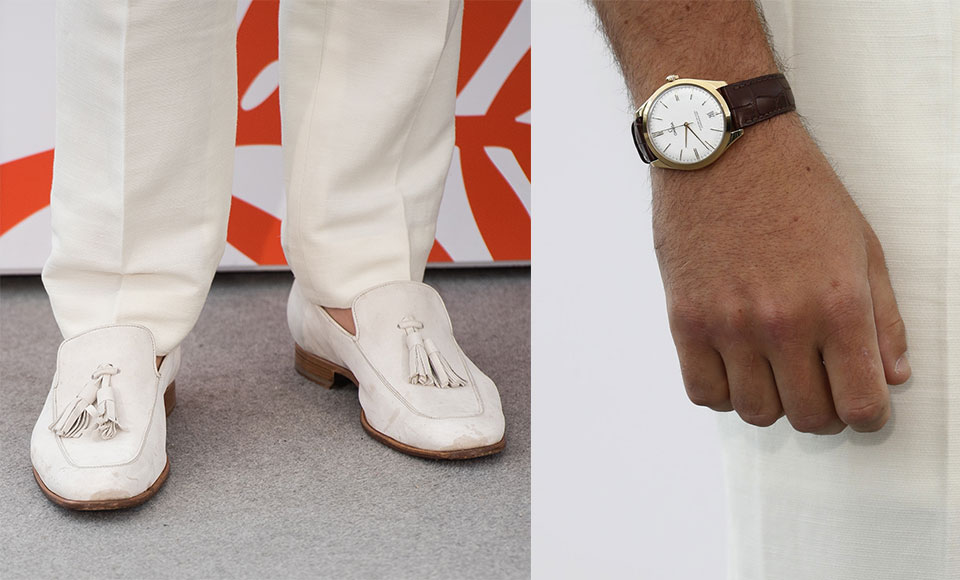 One of these accessories was a vintage Omega timepiece which paired beautifully to the summer 80s look. 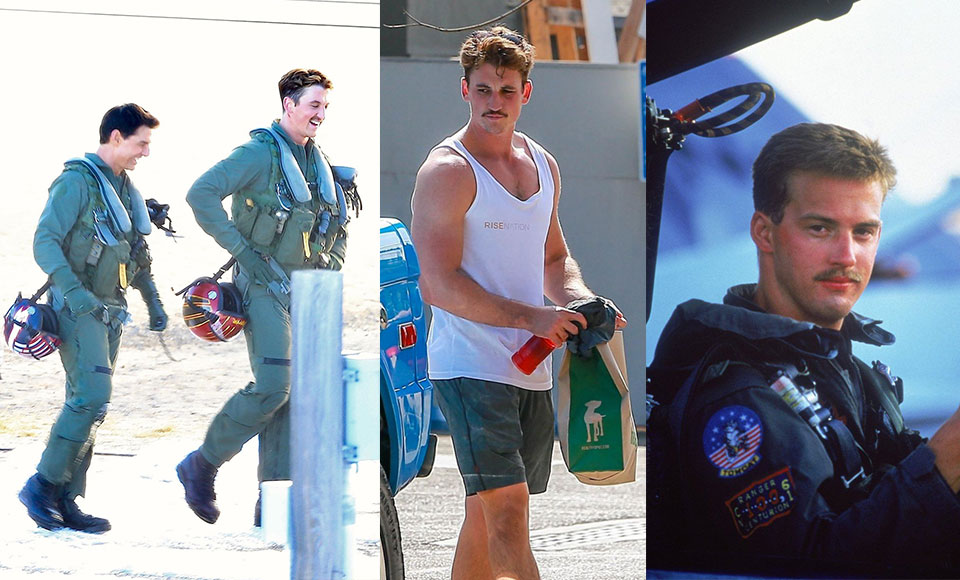 Teller even made sure the facial hair was period correct by growing out a killer moustache for his role. On the left is a shot taken from the latest Top Gun set alongside Cruise. The middle shot reveals how beefed up Teller had to get to play a fighter pilot. And the right is of course Goose, the father of Teller’s character from the original film. See any resemblance? Still not convinced? You’ll need to wait till June 2020 to find out when the film officially arrives…30 years after the original.