After 24 years of sneering at the fools who fly Business Class, last month I had the chance to recognise my covetousness for what it really was; flying from Sydney to Bali at the Pointy End of a Qantas’ A330. Having been invited by the Flying Kangaroo to experience the Balinese Luxury Travel industry for myself, I immediately shrugged off my budget-backpacker principles, swallowed a healthy dose of Chardonnay, and hopped on-board to see what life is like on the other side of the curtain.

From hitting the ‘call of shame’ to losing my seat belt, here’s what I noticed is different between Business Class and Economy — and why this trip ruined me for life.

The Airport Lounge May Be Designed For Business, But It’s A Pleasure Seeker’s Paradise 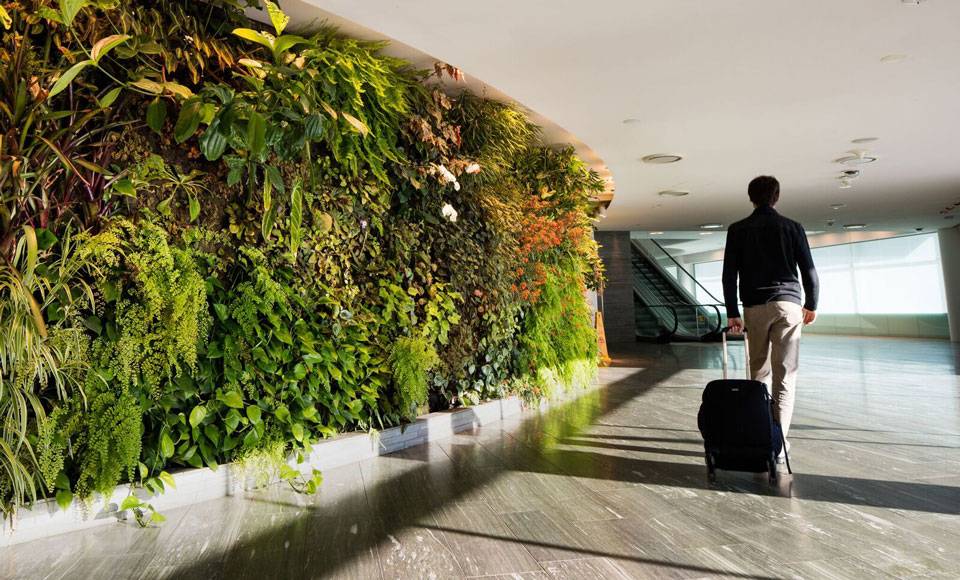 From the expertly-mixed cocktails and Rockpool-worthy cuisine to the day spa, Sydney’s version of the hanging gardens of Babylon, bottomless glasses of Champagne and staff more attentive than a led-on lover, Qantas’ airport lounge is a place where business magnates, politicians and worldly travellers can let their hair down in style.

While I used to grumble about delays as an Economy passenger, it actually stings worse if you have paid a premium for your ticket.

Whether you’re in the lounge or on the tarmac, I’d rather be camped out in a gilded prison than a cramped one. This also makes the lead-up to your trip less stressful, knowing that no matter what happens you will be comfortable (and if you’re travelling for work, the chance to be productive).

Coming from Qantas’ International First Lounge — a serene, adult playpen — it was a shock to board the plane and have any notion of a nap put to bed by a bunch of mewling infants. Fortunately, this ‘surround-sound’ was dealt with warmly (and effectively) by both the Cabin Crew and the kids’ parents, and as soon as the plane reached cruising altitude, peace (and quiet) resumed.

The Seatbelt Is More Complicated Than The Economy One

It’s hardly neuroscience, but for a rookie Business Class passenger, the seatbelt takes some working out. And if you’re not careful it will retract into the back of the seat, behind the padding, never to be seen again (until you hit the ‘call of shame’ button).

Despite Being In An Ultra-Relaxed Environment, For The First Couple Of Hours, I Couldn’t Actually Relax

As the champagne, care-packages and announcements of more epicurean delights to come flowed, I struggled to zone out like I do in Economy, scared that if I shut my eyes for even a second, a plate of caviar or a tray of golden nuggets would pass me by…

But… Once We Got A Few Hours In, I Really Appreciated The Business Class Amenities

Once you realise there is no lever to recline your seat (it’s all controlled by a panel which everyone else noticed immediately, but which I didn’t notice until a few hours in), you can lay back, chuck on a few Stan or HBO flicks, and treat yourself like royalty.

The A330’s Seat Configuration is Excellent 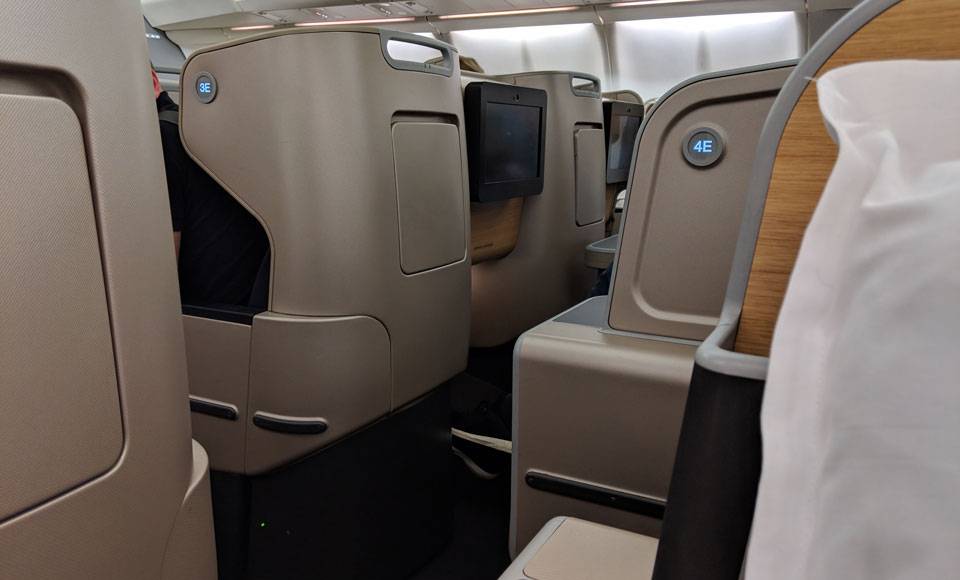 While certain seating arrangements can lead to an awkward staring match, Qantas’ A330’s have a spacious, 1-2-1 dual aisle configuration, in which everyone faces forward and has direct aisle access.

There Is Plenty Of Space To Store Your Belongings

Remember the precipitous struggle of balancing a weird-smelling curry, water and coffee all on a dodgy tray the passenger in front of you is liable to shunt forwards or backwards at any time? In Business Class this is no longer an issue.

There Is Way More Privacy, So No One Can Judge Your Dodgy Taste In Paperbacks 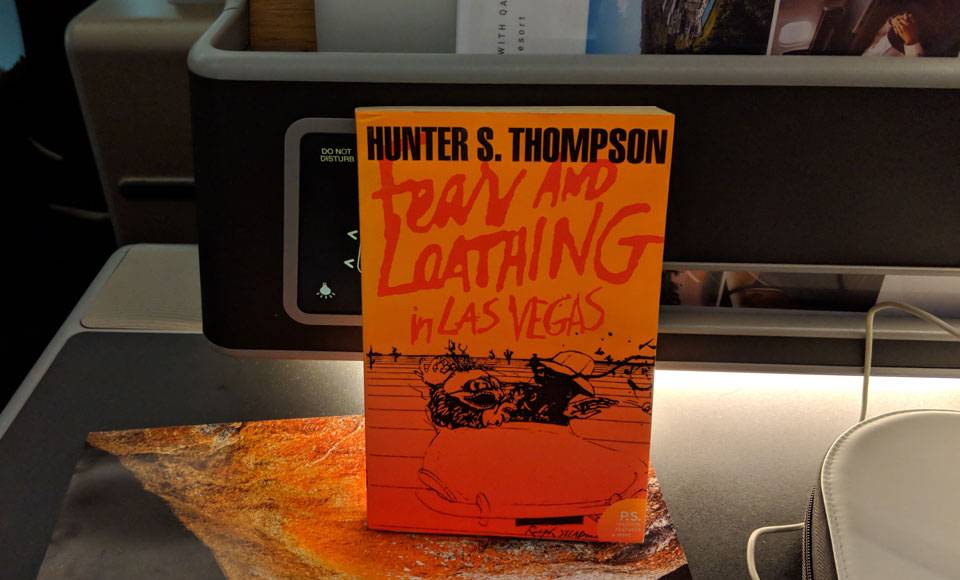 Whether you’re into 50 Shades Of Grey or The Financial Times, in Business Class you won’t receive any judgement from a nosy neighbour.

The Food Will Make You Forget You Are On A Plane 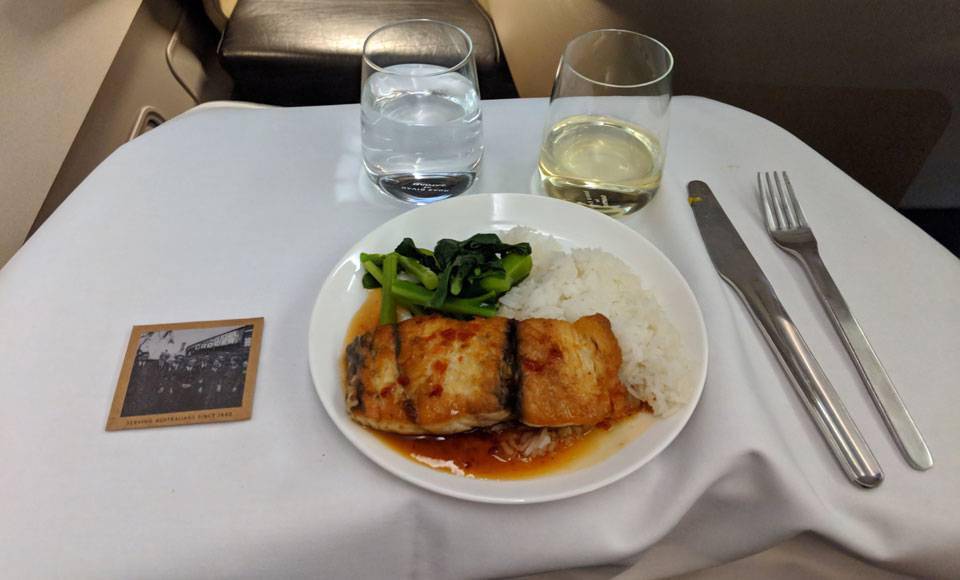 Airline food gets a bad rap. Plastic, chewy, salty etc. But that’s just Economy. In Business, you may as well be in a restaurant, and if your diet is like mine, you’ll be eating fresher ingredients than at home.

The Cabin Crew’s Charisma Will Make You Question Everything

Once you’re off the flight and under the sullen gaze of an Immigration Official, you realise you aren’t that charming after all; the Cabin Crew are just great at making you feel that way.

It Is A Huge Novelty Not To Think: “I Wonder If My Touch Screen Will Actually Work This Time”

When Disembarking You Avoid The Economy Class Stampede

Being at the front of the plane you have fewer people to contend with and are allowed to leave first, making what is usually a painstaking experience deliciously uneventful.

Once You Go Flat You Never Go Back…

Flying Business Class has officially ruined travel for me. Despite being the proud owner of an online shopping addiction and fewer savings than a 10-year-old, I now refuse to travel anywhere unless I’m flying-flat.