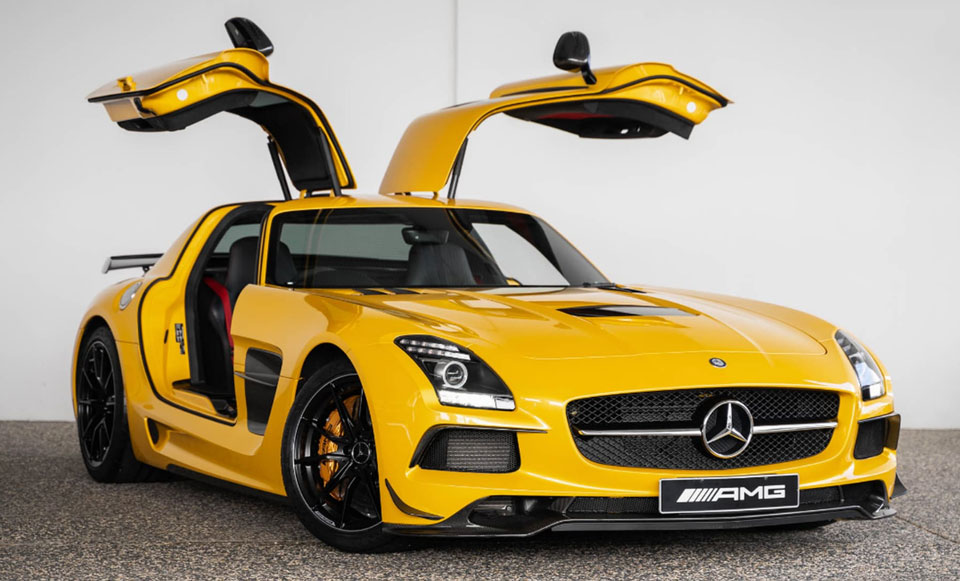 It was only a year ago that Britain’s Top Gear deemed the Mercedes-Benz SLS AMG a ‘modern classic’ with current prices pegged at double the original sticker price. And today there’s more proof with this Australian delivered example sporting 11,000kms on the clock asking a breezy AU$1,800,000 on Carsales.

This particular 2013 Mercedes-Benz SLS AMG Black Series hails from Queensland and is finished in the striking Solarbeam Yellow over two-tone black and red Leather. Worldwide Mercedes-AMG only produced 350 examples of the hardcore race version of the gull-winged SLS. Only 7 made it to Australian shores and this is one of them. So yeah, it’s rare as rocking hors-…you get the point.

For that amount of coin potential buyers will get a car that’s been bought brand new from the dealership with just one owner. Full logbook history and all the other bells and whistles are included like beautifully crafted Recaro fixed buckets and lashings of carbon fibre trim inside and out.

So what’s so special about this compared to a standard SLS? The engine features revised internals which bumps up power, reduces torque in favour of quicker response and drops 70kg of weight thanks to the aforementioned carbon bits and titanium. The engine is also special as it’s AMG’s final appointment of their naturally aspirated 6.2-litre V8 with 464kW of power and 635Nm of torque. Drive is fed to the rear wheels via a 7-Speed Getrag Dual Clutch Transmission.

Still reading? You have some cash withdrawals to attend to. 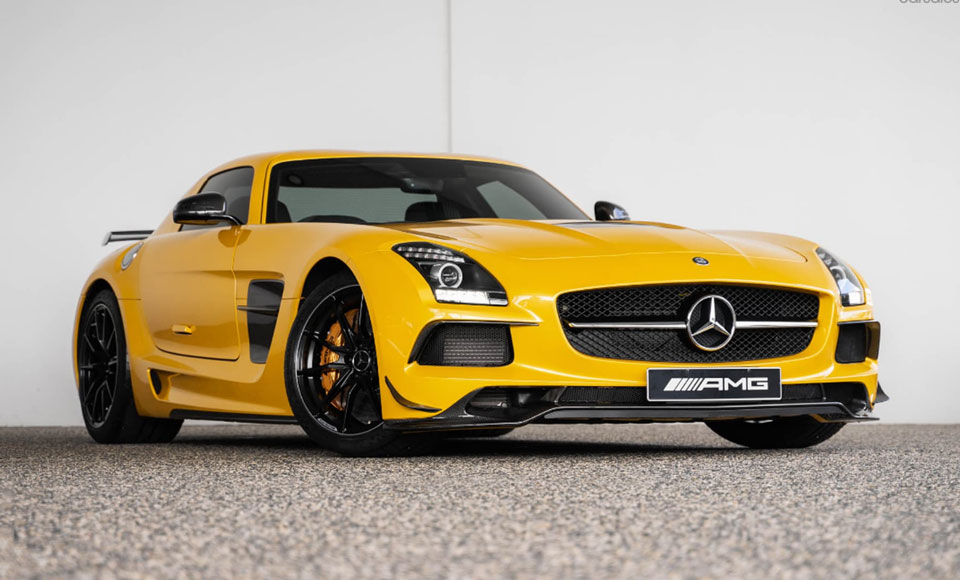 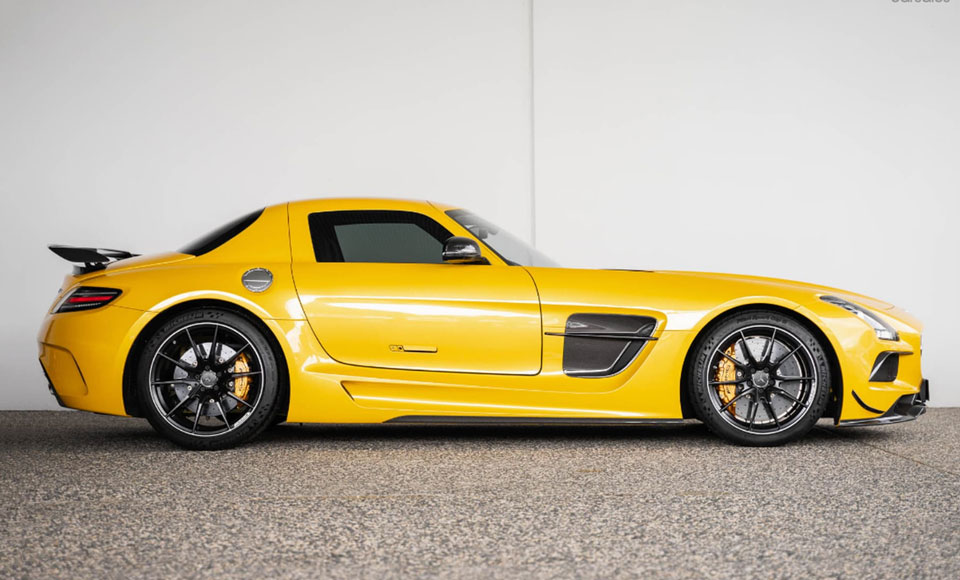 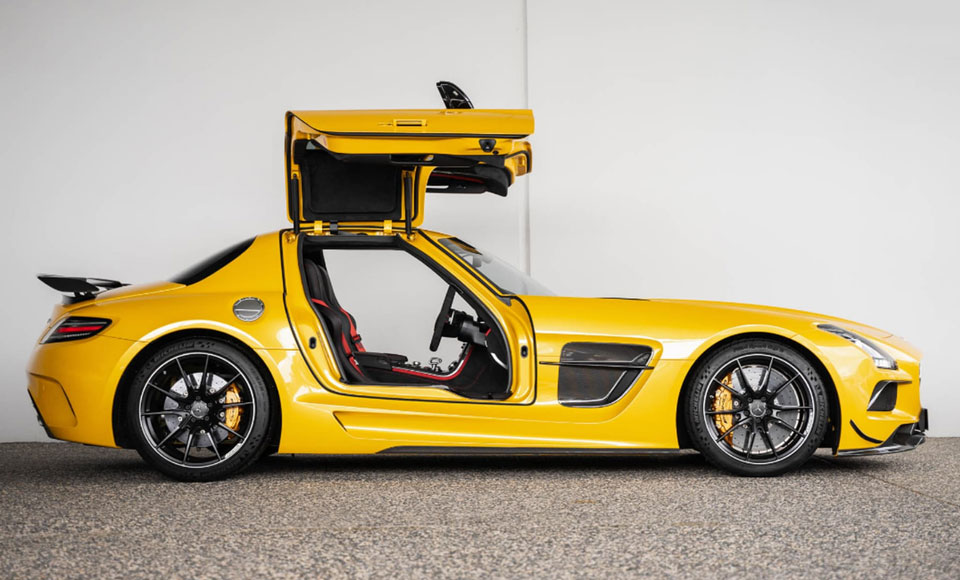 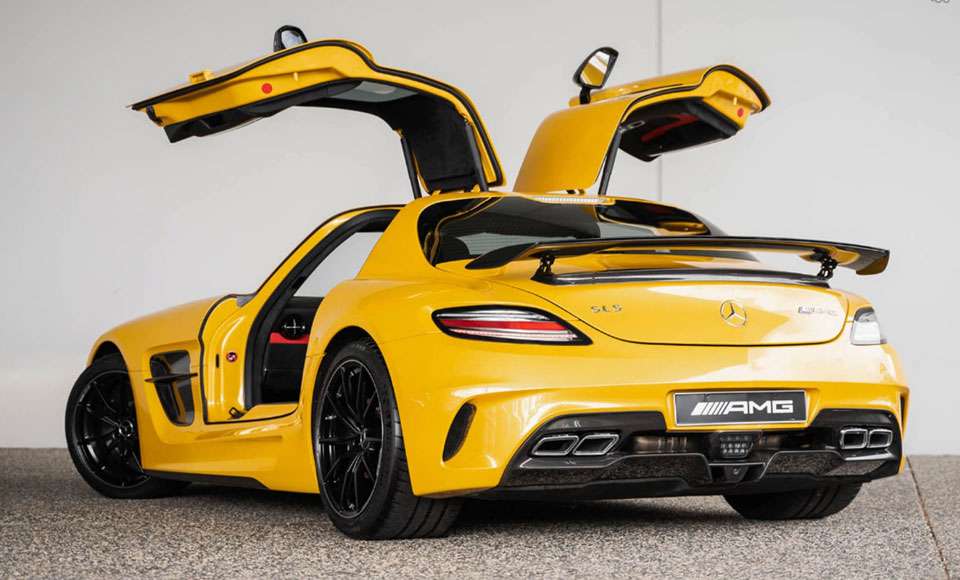 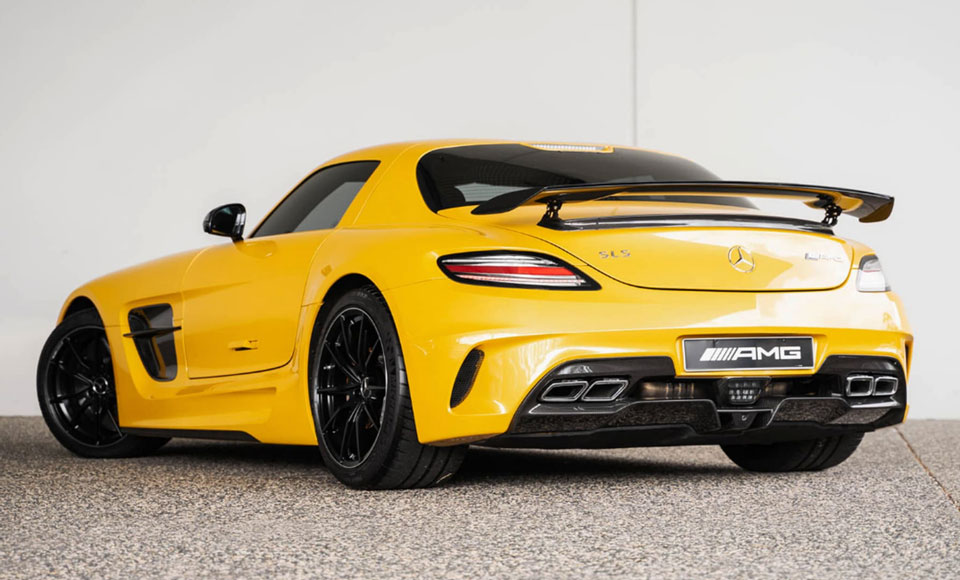 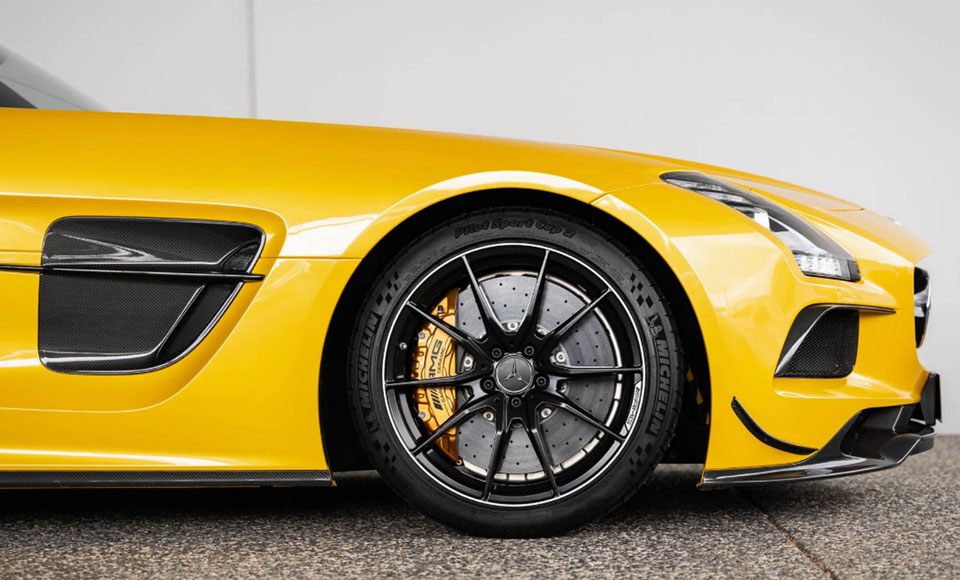 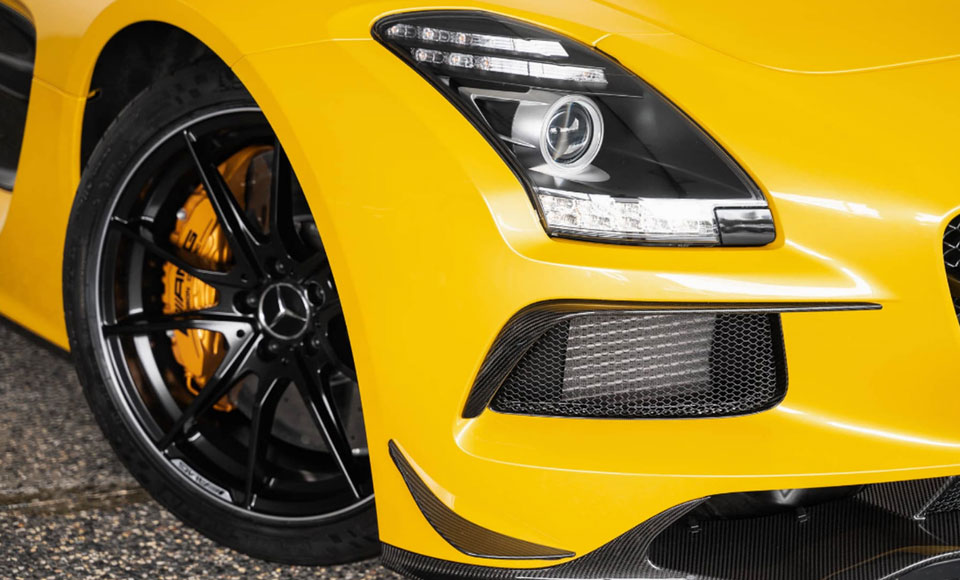 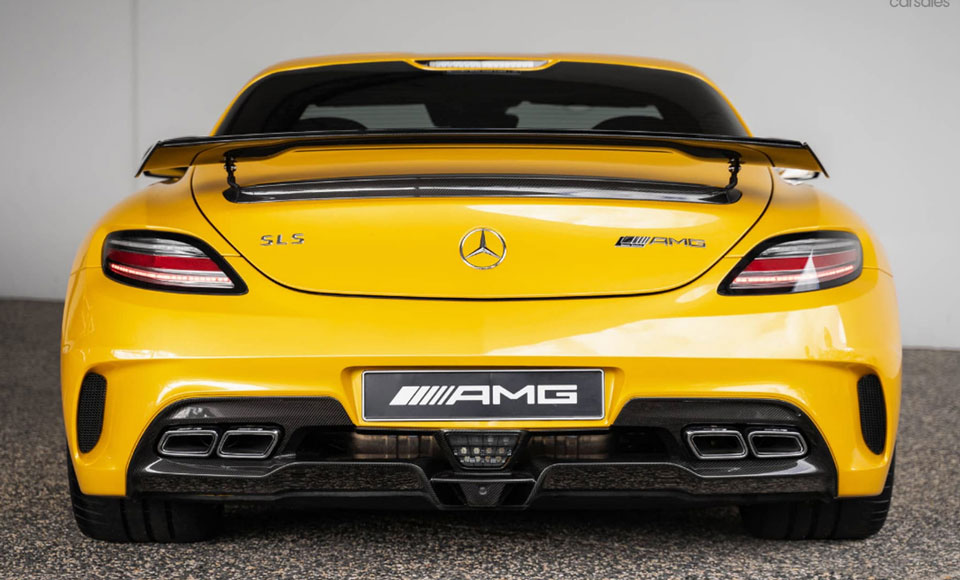 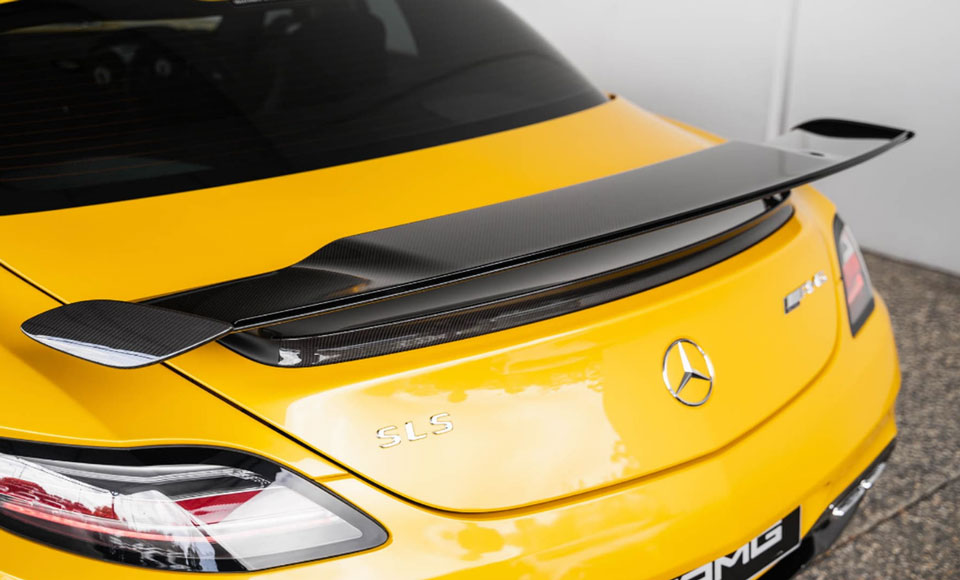 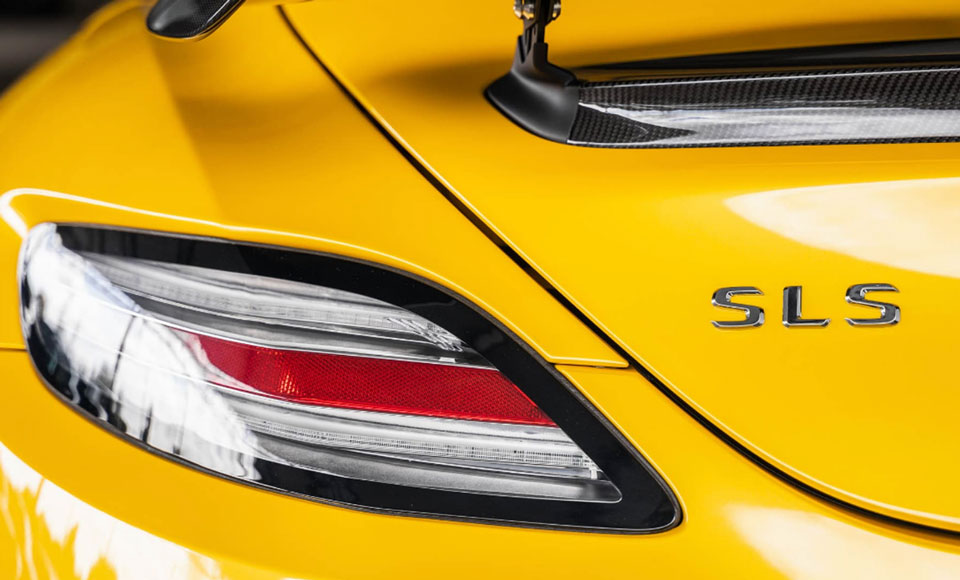 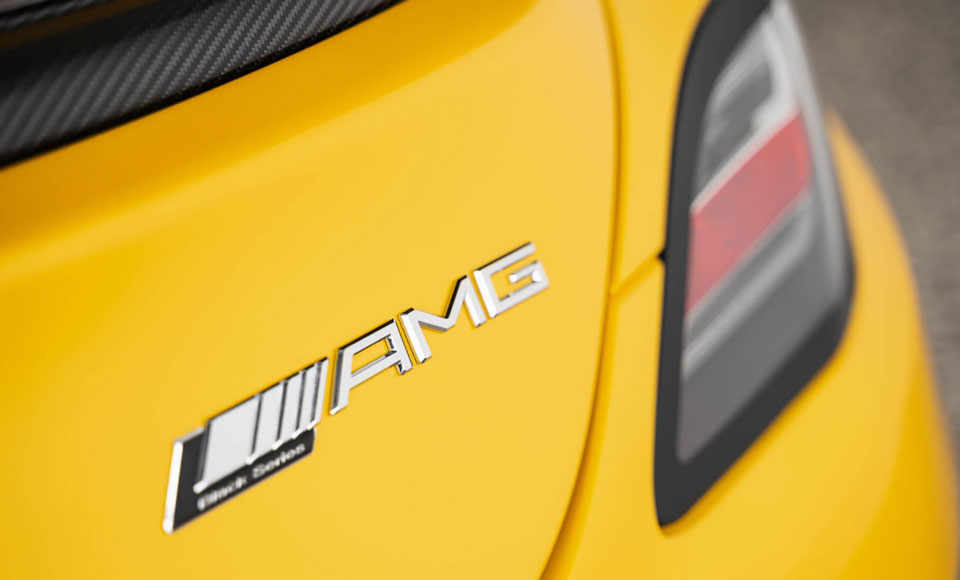 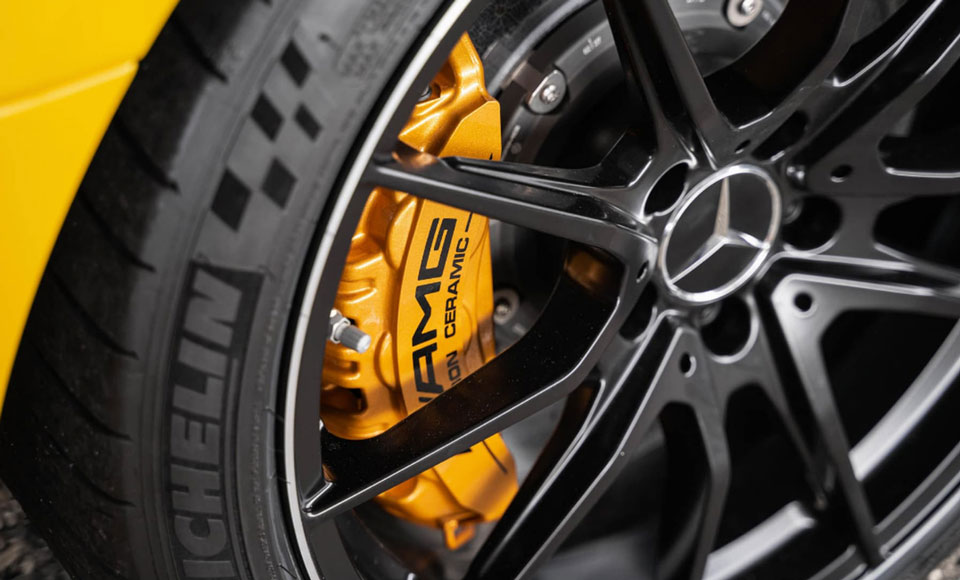 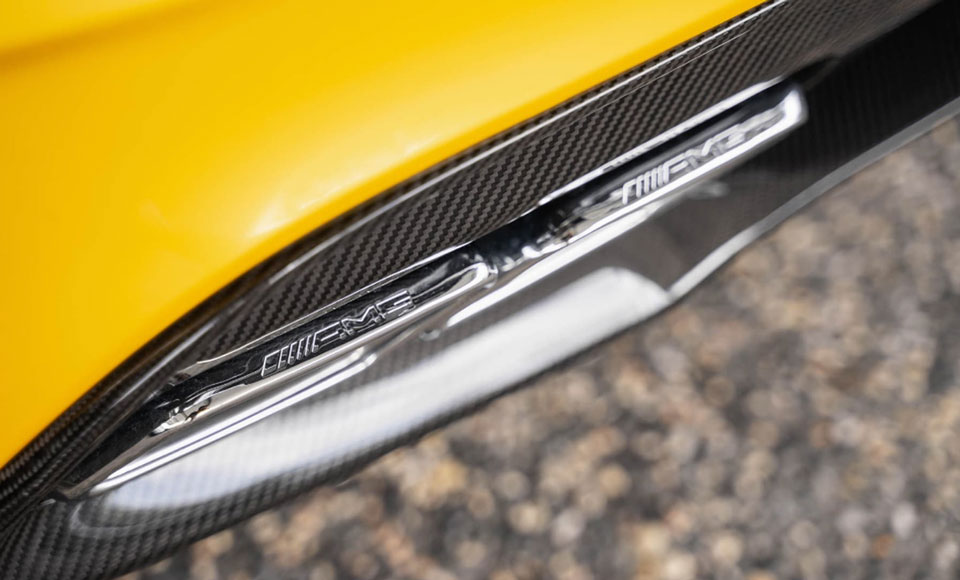 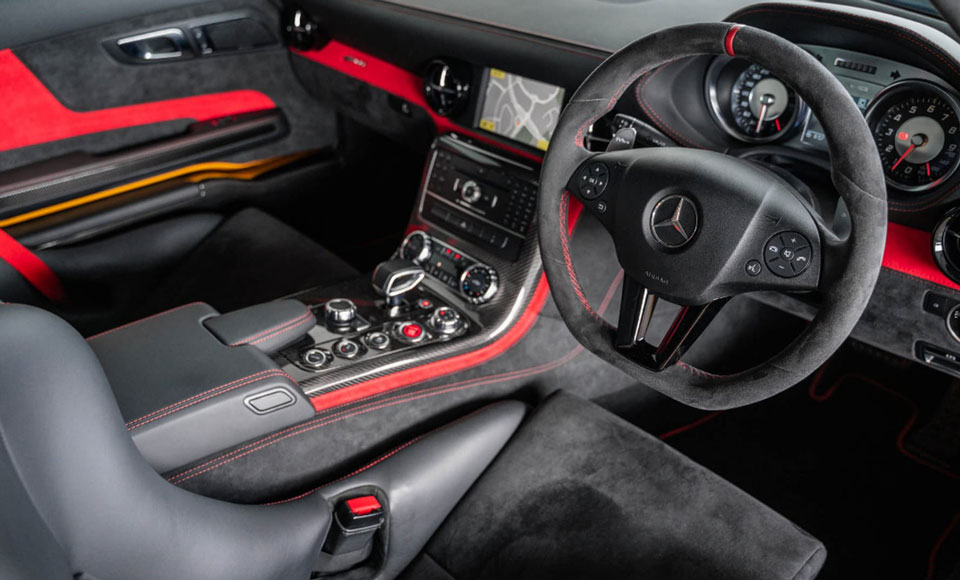 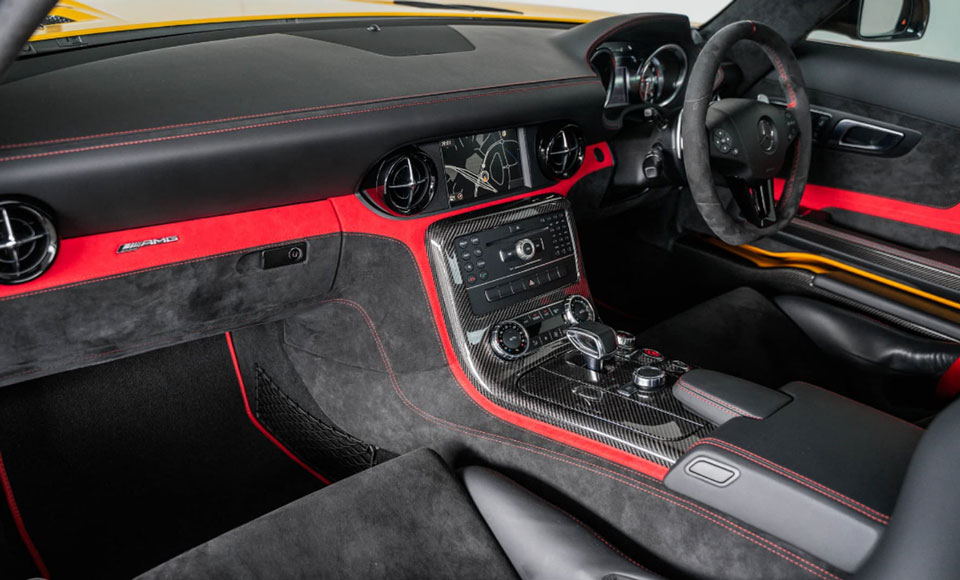 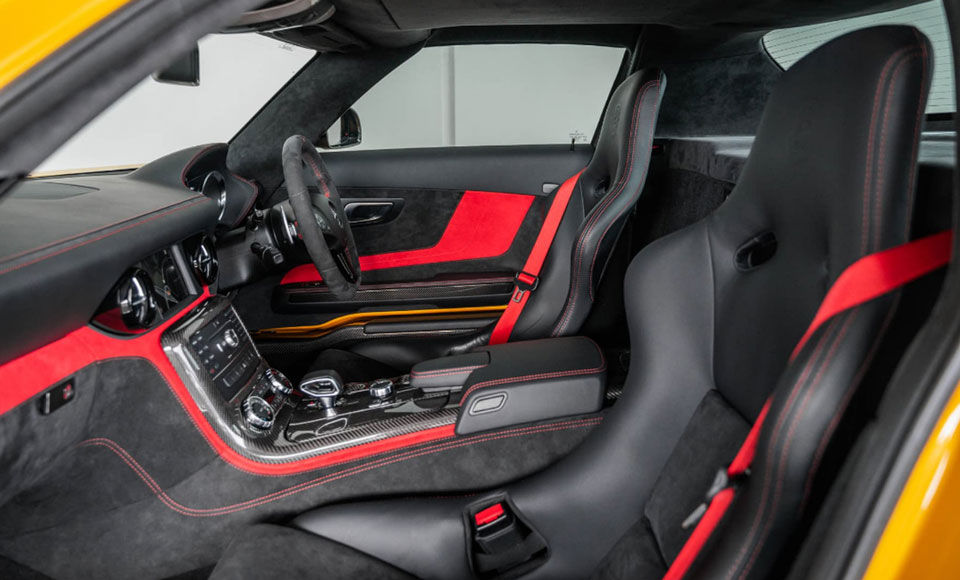 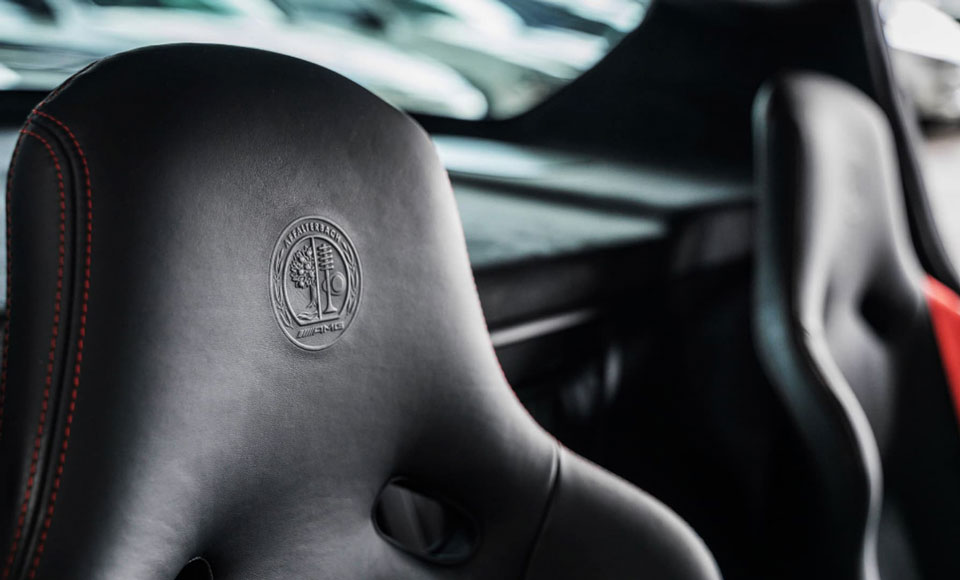 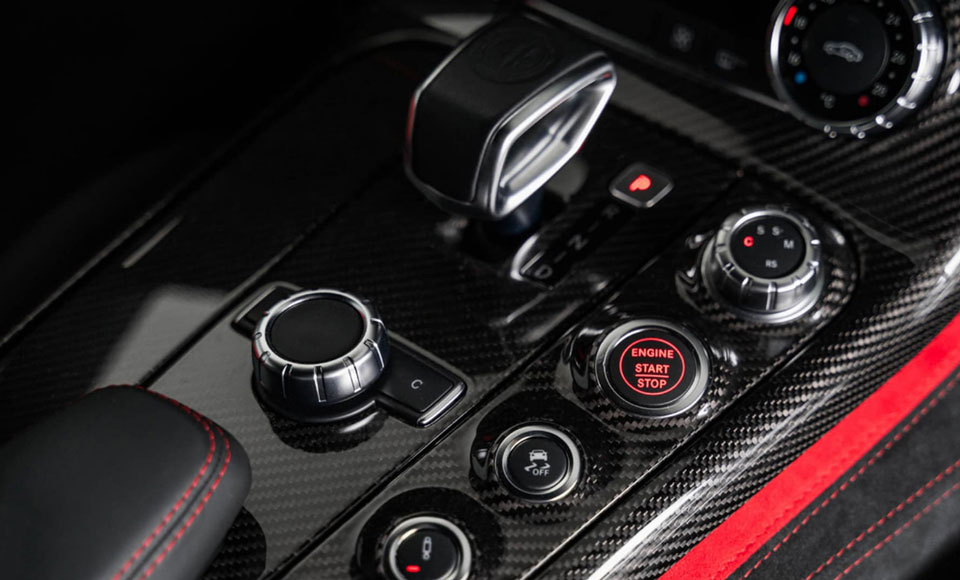 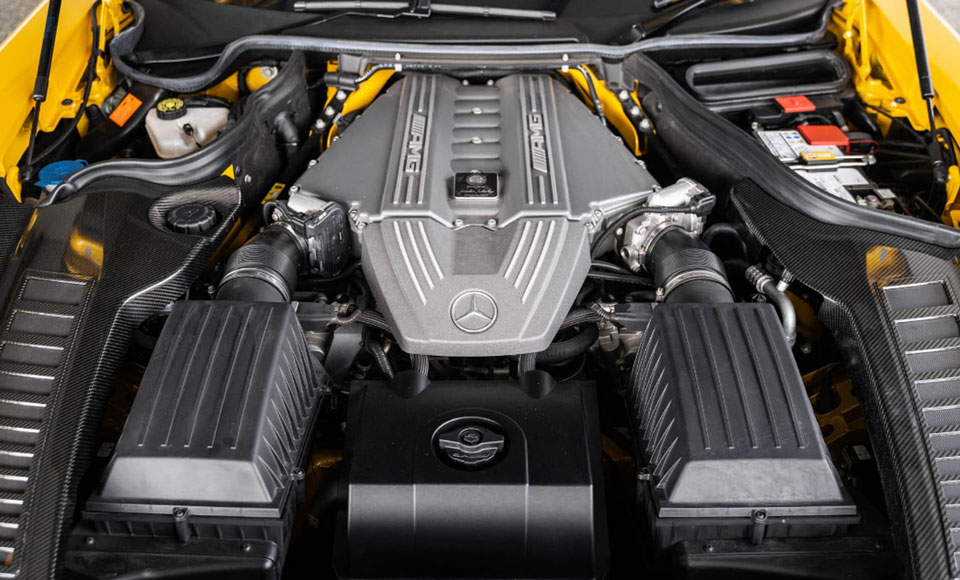