I stopped wearing my Apple Watch in January and by March I was pudgier than a spoilt French bulldog. 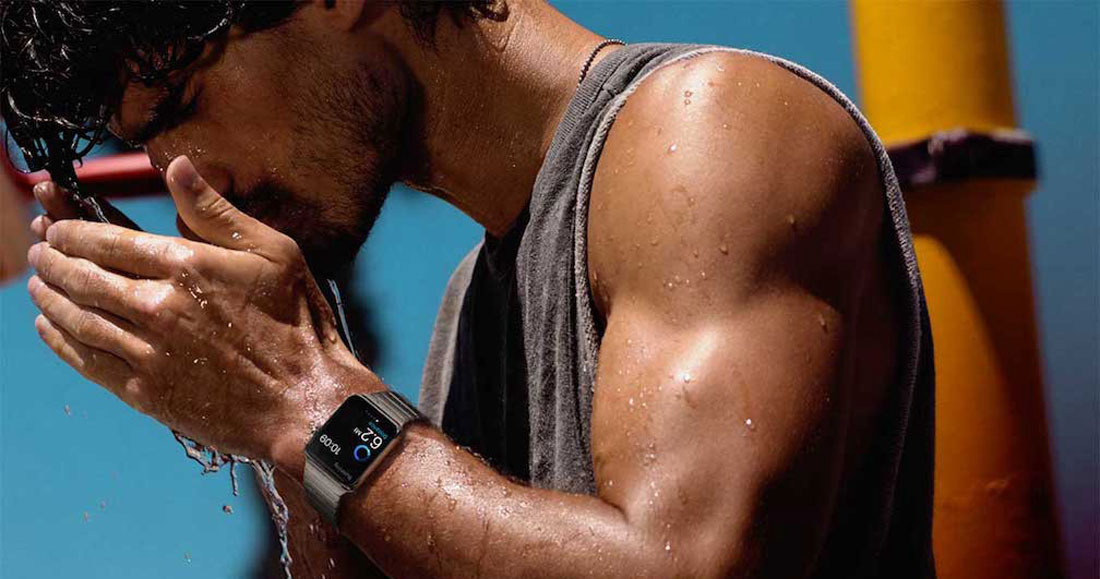 After religiously wearing my Apple Watch 4 for most of last year (and seeing some of the best progress of my life) this was a big jolt to the system.

Problem was, it wasn’t a sudden shock, or I might have got back on the wagon. No, getting out of shape doesn’t work like that — it’s more of a frog in a saucepan scenario (but instead of hitting boiling point you realise your expertly tailored pants have become the masculine equivalent of a corset).

Suffice to say; it’s no coincidence I lost my six-pack when I stopped wearing my Apple Watch. And while the decision was based on fashion, not fitness (even Jeff Goldblum struggles to look stylish wearing two watches, and there was no way I was going to stop wearing a traditional timepiece), I ended up learning a lot about my willpower, calorie intake and workout routine in the process.

So, before submitting to the siren call of the au naturale movement, I’d encourage you to arm yourself with all the facts (or at least, my insights). Keen? Here’s what happened when I stopped wearing an Apple Watch.

I didn’t stop training but I became less accountable

Two months prior to Christmas, in the peak of my Apple Watch stage, I would focus on burning 700 calories every workout (and ensuring I did at least 1,000 calories per day) in addition to maintaining a reasonably healthy diet. This fell by the wayside once I got rid of the Apple Watch, however, as I found myself leaving the gym early and training without watching my calories.

My body fat percentage went up… A lot

At my tech-based zenith, I was a lean 9-10% of body fat with a four-pack I could confidently rock at Bondi Icebergs. Two months after Christmas though, and the influencers were suggesting I consider eating some iceberg lettuce (and my body fat percentage went up to 12-13%).

I put on weight, but not good weight

While this might not happen to everyone (muscle weighs more than fat), as giving up the Apple Watch coincided with silly season (and then the end of summer) I managed to put on almost 6kg (from 81kg), and I’m pretty confident it’s not all muscle…

My diet slipped too

Not only did my training lose intensity (despite following the same workout routine) but this dip in motivation also impacted my diet, leading to several more fried chicken blowouts than planned. Chicken and chips from The Char was my go-to.

However, it was a relief not to have to charge it every night

While there were a number of downsides, one positive was that I didn’t have to stress (or forget entirely) about plugging my Apple Watch in each night. Also wearing my IWC Big Pilot and the Apple Watch did make me look like a bit of a good during the day.

Biggest takeaway from these 30 days?

The most surprising thing for me throughout this process has been that — contrary to popular belief — tracking your calories on a daily basis is actually good for you, providing a real sense of accountability, finish workouts, keep moving and extra motivation to stay strong (or flip around a bad day).

While counting calories may be unnecessary if you live in a hunter-gatherer society where you eat nothing but whole foods, as I — like the vast majority of human beings — live surrounded by temptation, I have found tracking calories gives me peace of mind (and fitness results) rather than stressing me out as many argue it must.