One Of The Fastest Modern BMW M Cars Is Now On Sale In Australia…For $200,000

A rare slice of Bavaria’s finest. 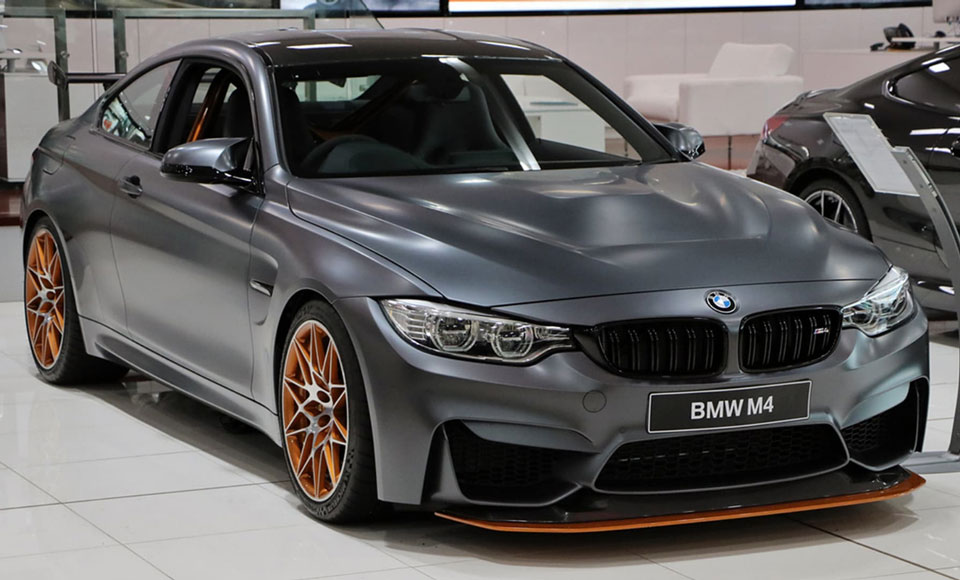 With just 700 examples built worldwide and 25 of them officially calling Australia home, the BMW M4 GTS is arguably a modern unicorn of the German car company’s performance M stable.

And would you look at that, we’ve found a 2016 low mileage example casually floating around on Carsales (there’s actually three examples on sale at the moment) for a cool $199,998. The asking price is rather surprising considering it retailed for $300,000 when it debuted in 2016, so this 4,400km example could be a worthy investment in a potential future classic. But first, a quick history lesson.

The M4 GTS was BMW’s hat tip to the F82 coupe and by hat tip we mean a power trip which pushes the M4 to the limits of performance. If the bright orange half roll cage from factory doesn’t give it away, the racing harnesses should. This 2016 plated model features a heavily tuned version of the 3.0-litre twin-turbo inline six-cylinder engine which now pushes 51kW more than the standard M4. Power figures are now 368kW and 600Nm of torque, respectively.

The blistering performance is complemented with a reworked exterior which looks like it rolled out of a ‘Fast & Furious’ franchise. An aggressive carbon fibre bonnet joins a carbon fibre roof, carbon fibre rear diffuser, carbon fibre race seats, carbon ceramic brakes, fully adjustable suspension and a titanium-tipped exhaust system. There’s even an onboard fire suppression system.

Beyond that the stunning race-prepped coupe is finished in Frozen Grey with orange highlights, a sizeable carbon fibre wing out back and a full Alcantara interior.

Whilst the car may seem like an animal built for the track, it does receive some BMW creature comforts in the form of an iDrive infotainment system, sat nav and rain-sensing wipers. You get no door handle; in its place are nylon straps featuring contrast stitching in the Bavarian company’s signature colours. 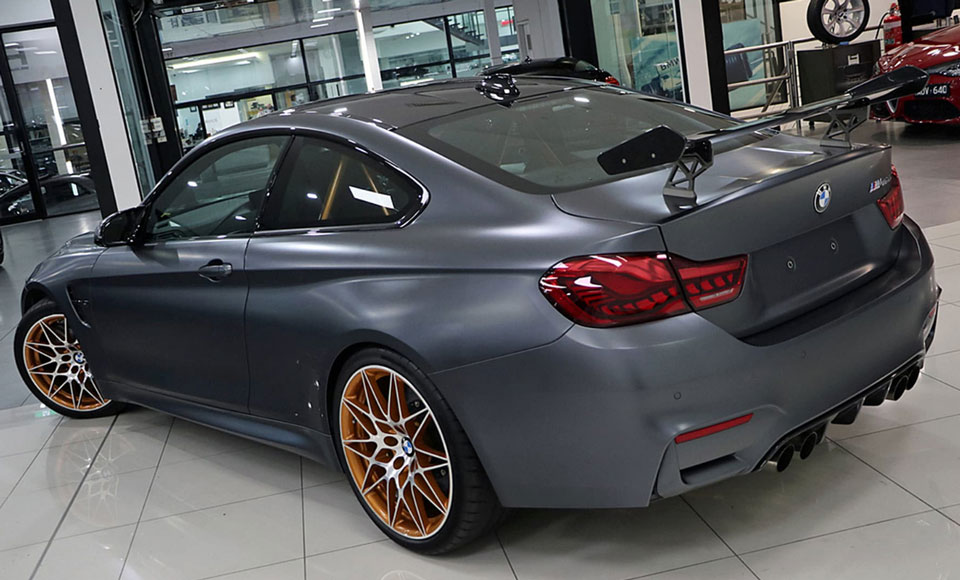 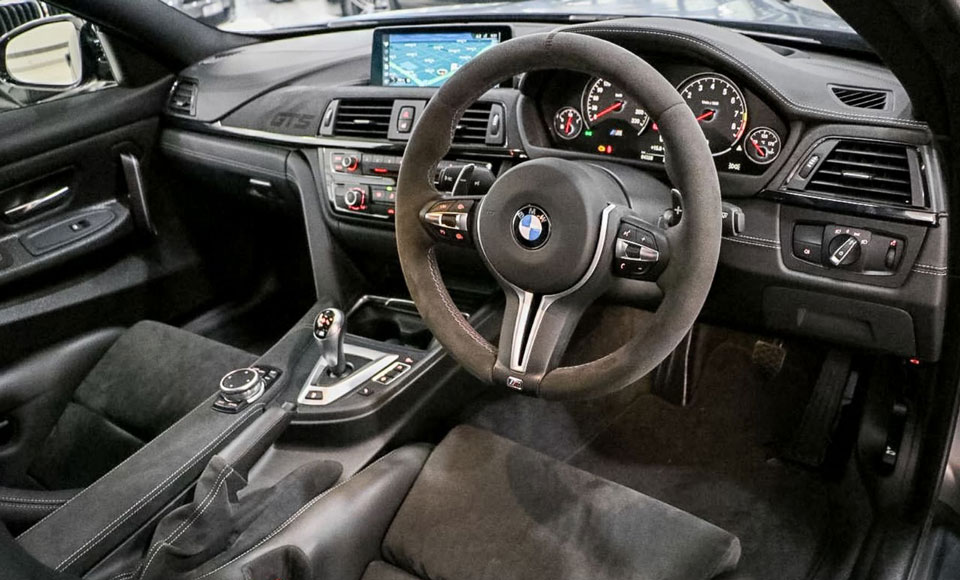 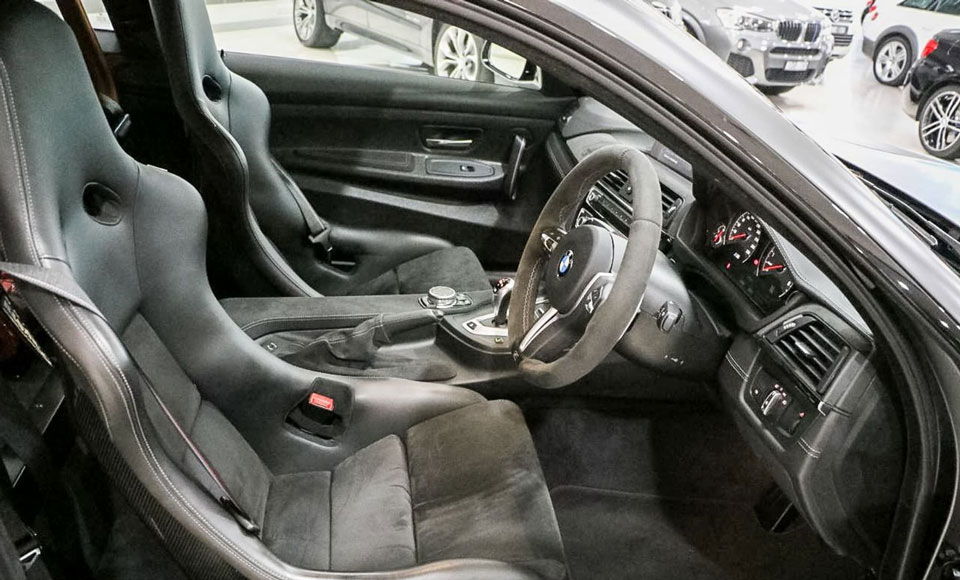 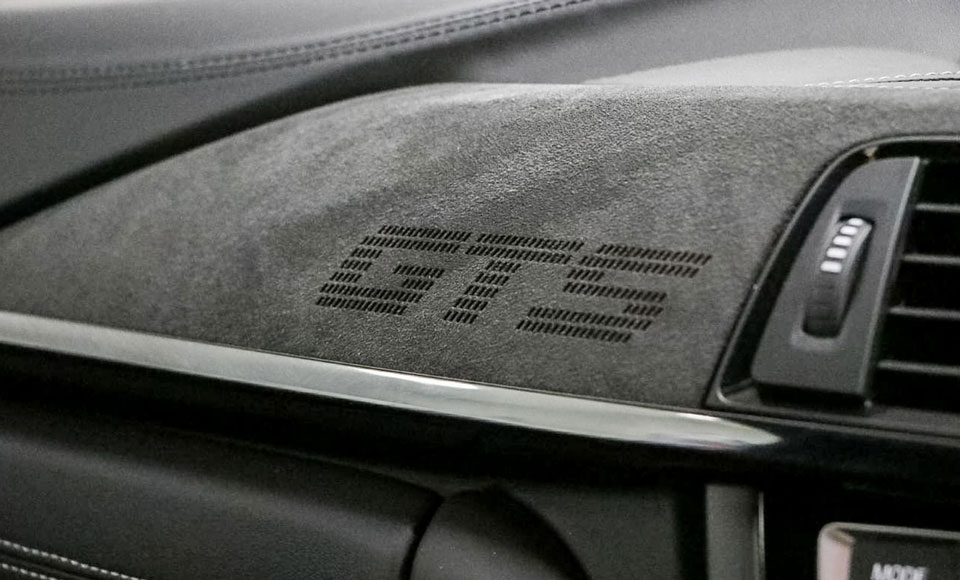 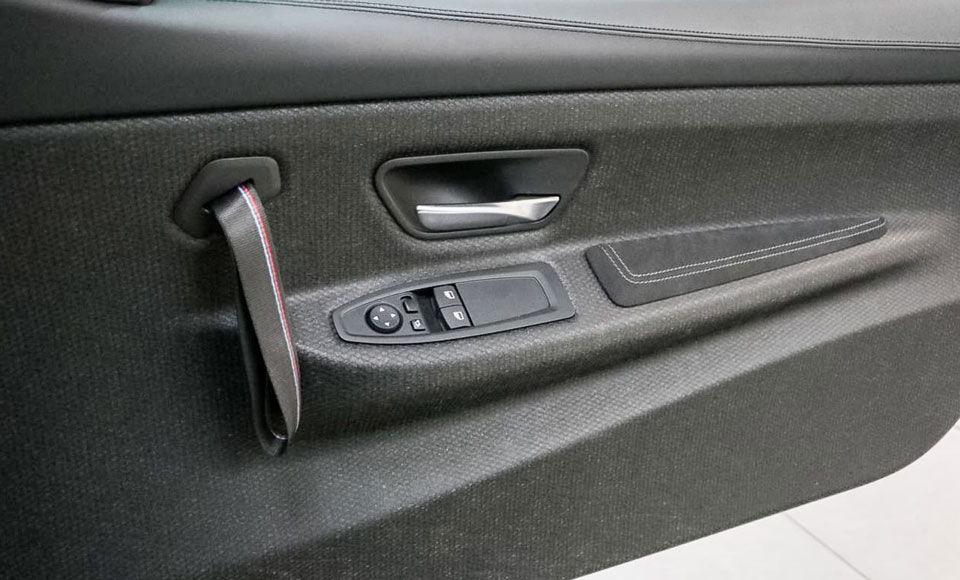 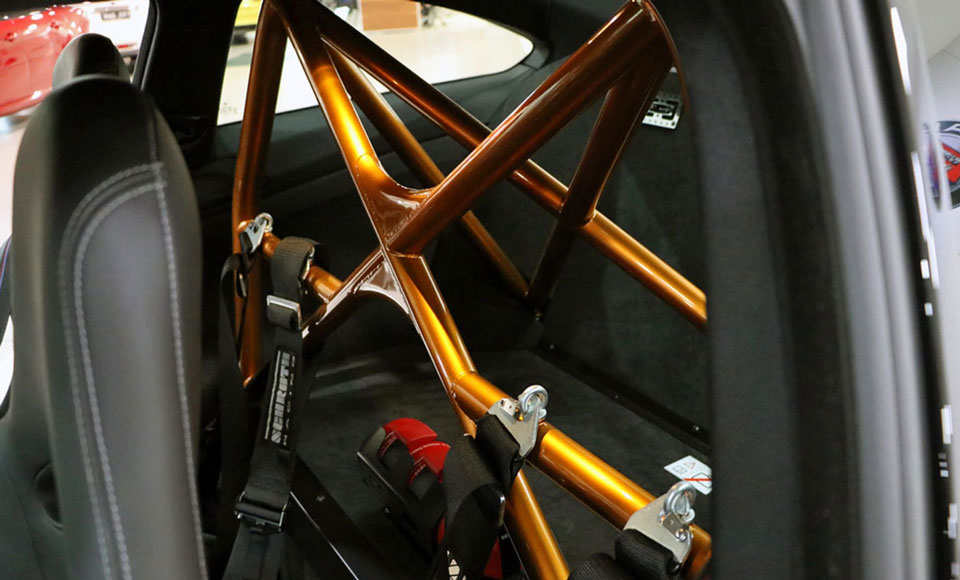 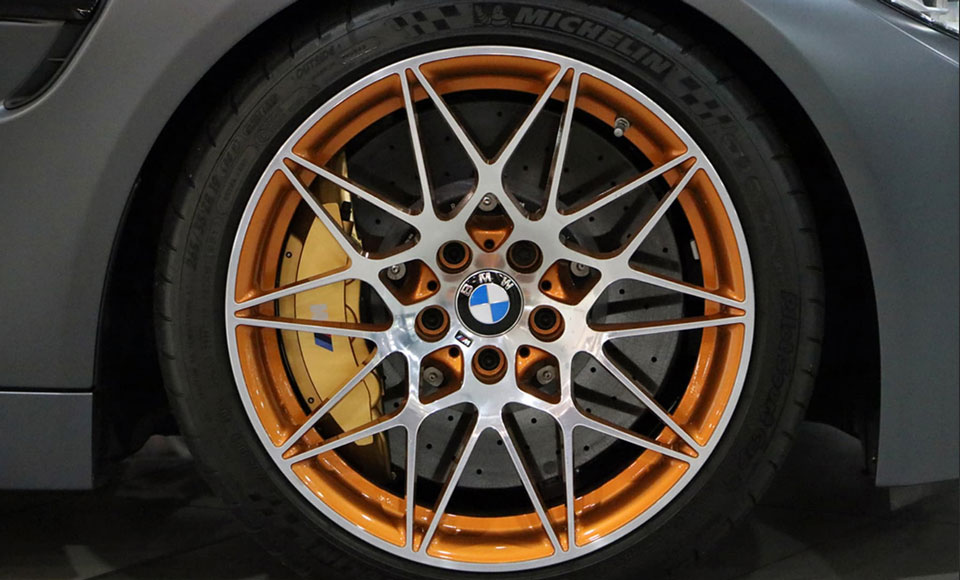 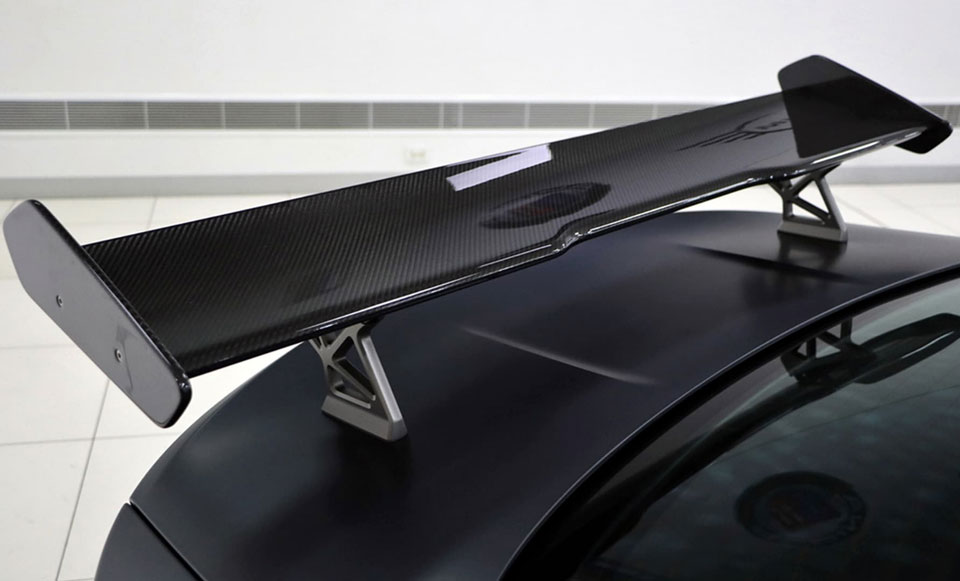 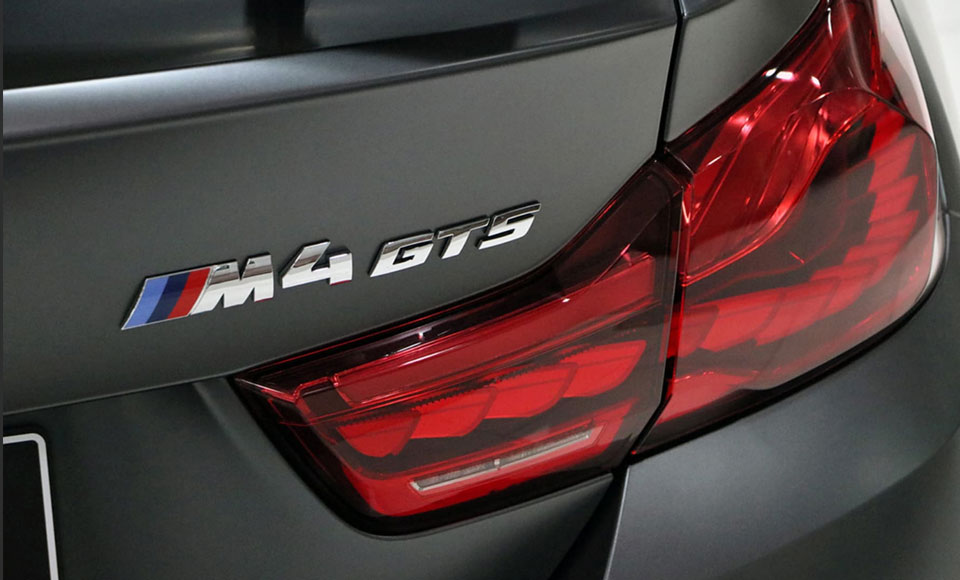