“You learn to take a perverse satisfaction in suffering while everyone else is warm and asleep in bed.” 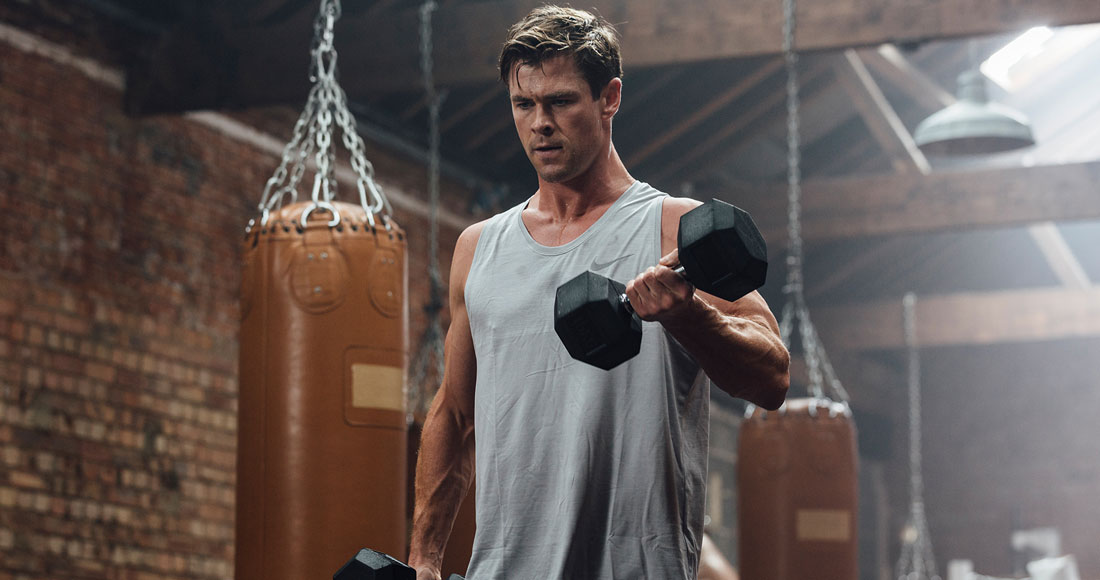 Sculpted abs. Titillating triceps. Bulging biceps. Glistening glutes. Exaggeration? Maybe not. If you’ve ever wondered what the very best version of you could look like, given the optimal diet and training program, then you’re not alone.

Erik Conover, an American Youtuber and Adventure Film-maker recently asked himself this very question after returning home from a trip during which he admits, “I fell into the worst shape of my life.”

Once he recovered, he vowed he would never take his health for granted again — and to get back in form. And where better to start than with his celebrity crush Chris Hemsworth, and his (relatively) new fitness app Centr?

Following the workout, meditation and diet plans of Chris Hemsworth, Erik found himself going without refined sugar, booze and cheat meals for a whole 30 days, all the time being (virtually) guided along by Hemsworth’s personal team of personal trainers.

This is what he noticed.

At The Start, The Workouts Are A Killer

At the end of week one Erik’s biggest challenge was definitely the fitness and strength building routine: “I’m doing workouts I’ve never even heard of before… and sore in places I didn’t even know existed.”

“At the end of the first week, I am getting absolutely crushed by the workouts … although I’m starting to see a little bit of definition in my arms.”

The Diet Is Hard To Get Your Head Around

“Food? Very tough,” we hear Erik say — whilst eyeing off seven eggs and a box of spinach. Other common ingredients include peas, broccoli, lentils and chicken breasts.

But if you had to distil it into three things: “Lots of veggies, lots of good carbs, lots of proteins.”

If you’re anything like Erick, around day 15 you will start to feel amazing: “In the first week it was like, ‘oh I feel sore I cant move’, but this week it’s like, ‘wow I actually have some muscle definition,’ — the changes have been pretty ridiculous.”

“I’ve been very shocked — my strength is up — it’s amazing the increases week by week.”

“The easiest part has been the 5am wakeups,” Erick points out, to his own surprise.

“When you have a solid ‘why’ all your other actions — like waking up at five in the morning Monday to Friday — become pretty simple.”

Although Erick initially feared the idea of “doing something day in day out over and over” he found a certain pride in doing it — especially “on those days when no-one is watching.”

The Hardest Part Is The Daily Discomfort… & Maintaining The Diet

“Daily discomfort — that’s what this is — the hardest part is still the diet — I am eating so much food,” Erik laments, in a moment of weakness.

“Everyone says it but it’s the hardest thing — diet will make or break your transformation or fitness goal.”

But he persists and as you will see at the end — he’s glad that he did.

The Meditation Aspect Of Centr Is Not Just A Novelty

“Something I didn’t expect would be how much I would be relying on the meditation portion of this app,” Erick says, admitting he has “fallen asleep to it the last 3 days in a row.”

The 30 Day Mark Is A Moment To Relish

“I am blown away by how this has gone so far… as you can see I have a six pack now.”

With his height still at 6’4″ (obviously) Erik’s weight at the end of the challenge was a healthy 206lbs while his body fat had dropped to 10%, leading him to say, “I don’t even feel like the same person.”

“I feel strong, I feel healthy, I feel fast; I feel fit.”

“It is possible to get into shape yourself in just 30 days — I’m pretty close to being in the best shape of my life,” Erick says.

“At the beginning, I was sucking wind barely able to complete the workouts; now I’m pushing myself as far as I can go wanting more of a challenge.”