When suit shopping there’s rarely a case where men will think: “I’m going to pick up a mustard coloured suit today for work”. As one of the hardest suiting colours to pull off (alongside a red suit), actor Chris Pine made easy work of it and he did it with absolute class and a touch of summer flair. 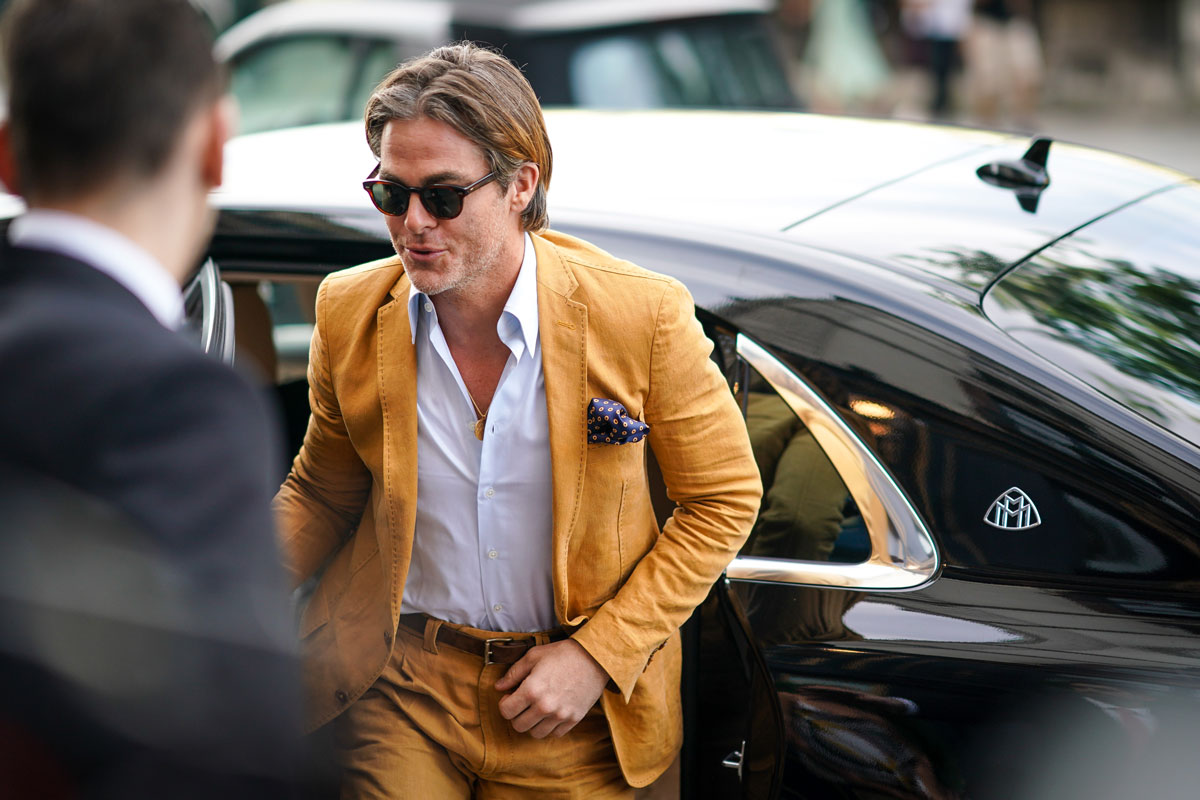 Earlier this week the American actor was spotted in Paris at the pre-wedding dinner of Zoe Kravitz. Stepping out of a luxurious black Maybach, the 38-year-old showed off his 90s style split hair (which we debated over recently) with a bit of salt and pepper happening. The unstructured suit? It was an all linen affair shod in a very sharp mustard yellow hue. 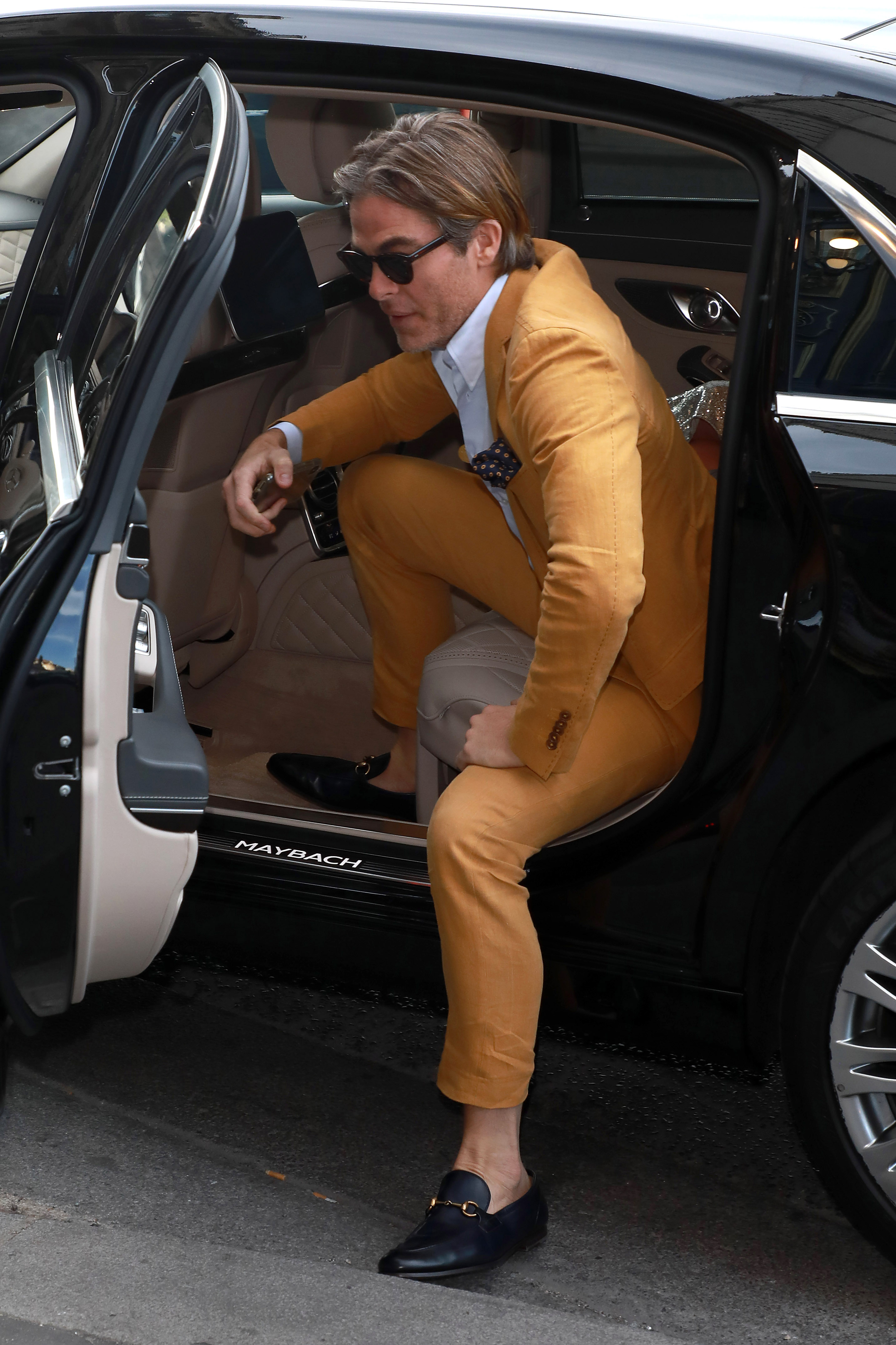 As the casual suiting king, Pine opted to forgo the tie and dress shoes, instead drumming up the European summer vibes with an unbuttoned white dress shirt, polka dot pocket square, Gucci loafers (sans socks, naturally), thin brown leather belt and a pair of killer sunglasses. There was no watch spotted on his wrist but with seriously sharp suiting moves like this, the man didn’t need it.

A key point to remember as always with suiting is to address fitment. This is especially important when going for bold colours like mustard that will not hide lazy material and ill-fitment like black usually would. Your tailor is your best friend in this case.

Here’s to you, Captain Kirk. Godspeed.