The Rock better watch his back.

One day, two different suit styles. Dave Bautista just broke into the the men’s style game and he’s done it with as much poise and flair that an imposing 198cm (6 ft 6) and 131kg (288 pound) frame can afford. 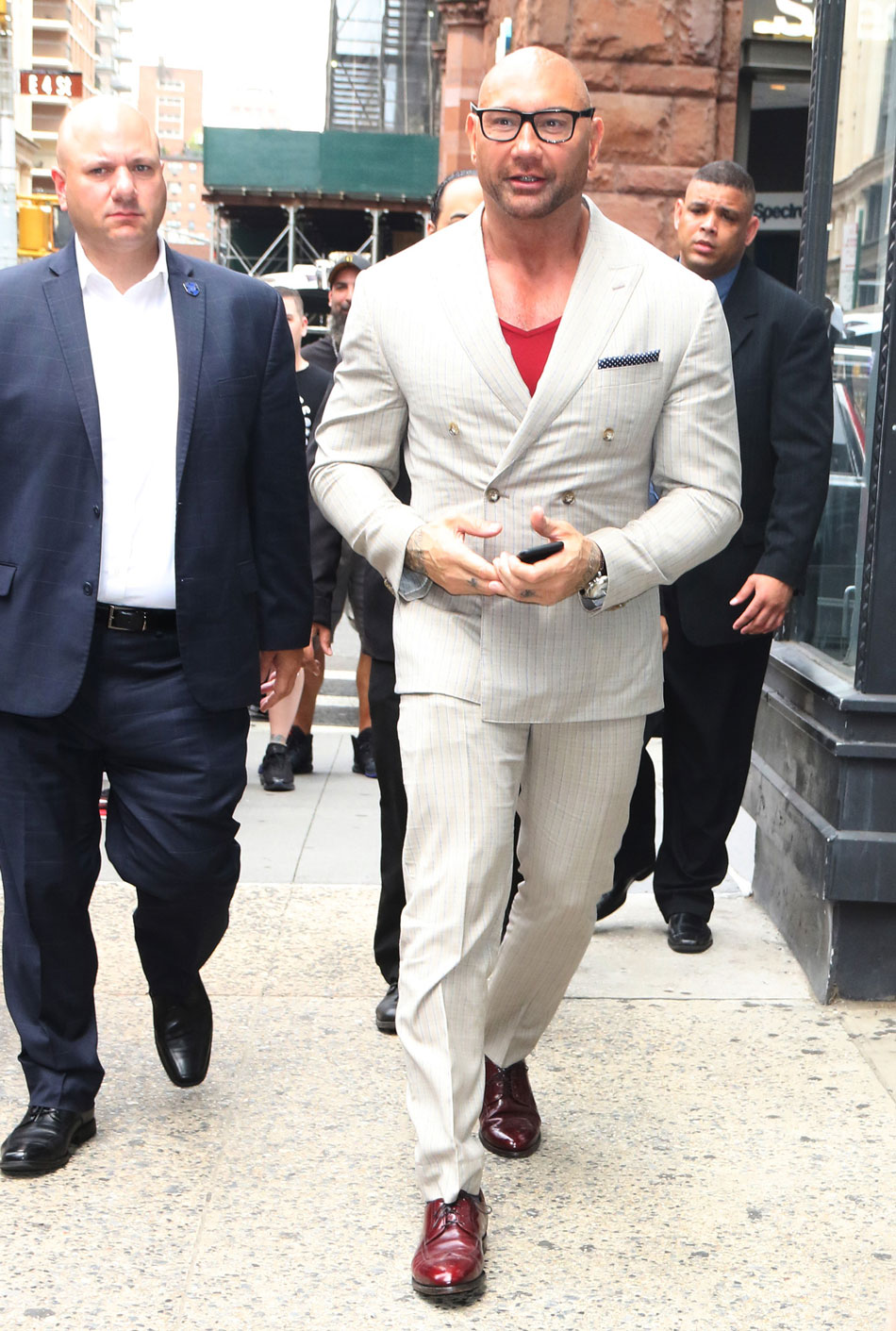 As we’ve investigated in the past, dressing well as a gym junkie or bodybuilder is no easy feat. Your body proportions are oversized in areas they naturally aren’t and tapered in a way that no off the rack suit will ever be able to follow. Bautista, with the help of a damn good tailor has seemingly done the impossible at his latest New York sighting. 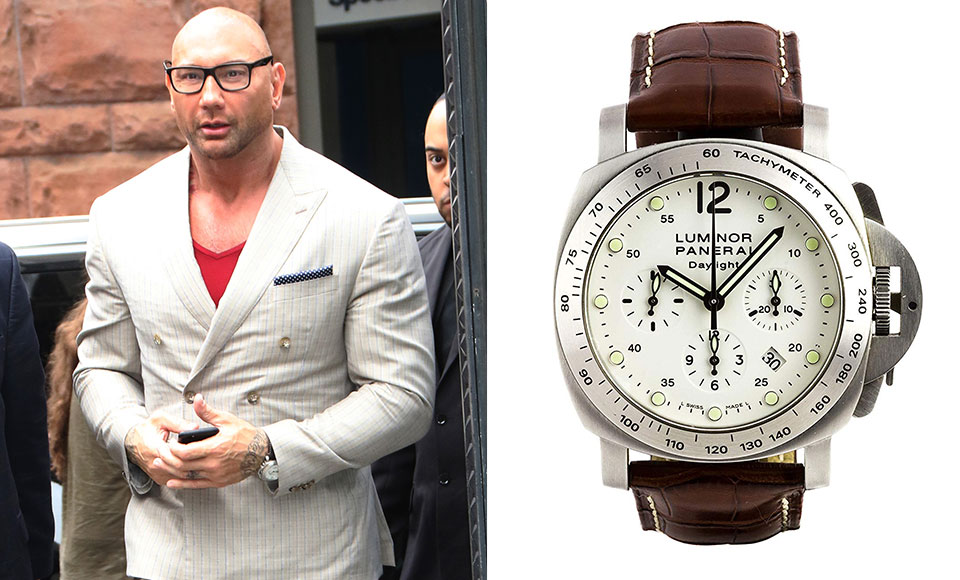 Dressed in pared down off-white pinstripe double breasted suit, the Bond villain and Guardians of the Galaxy star owned his look whilst making a positive style statement for balding bodybuilders around the world. The suit was paired with a red deep cut v-neck shirt, blue polka dot pocket square, polished mahogany lace-ups, black framed specs and the watch for made for this generation’s bonafide action men – the Panerai Luminor (Daylight PAM251 to be exact). 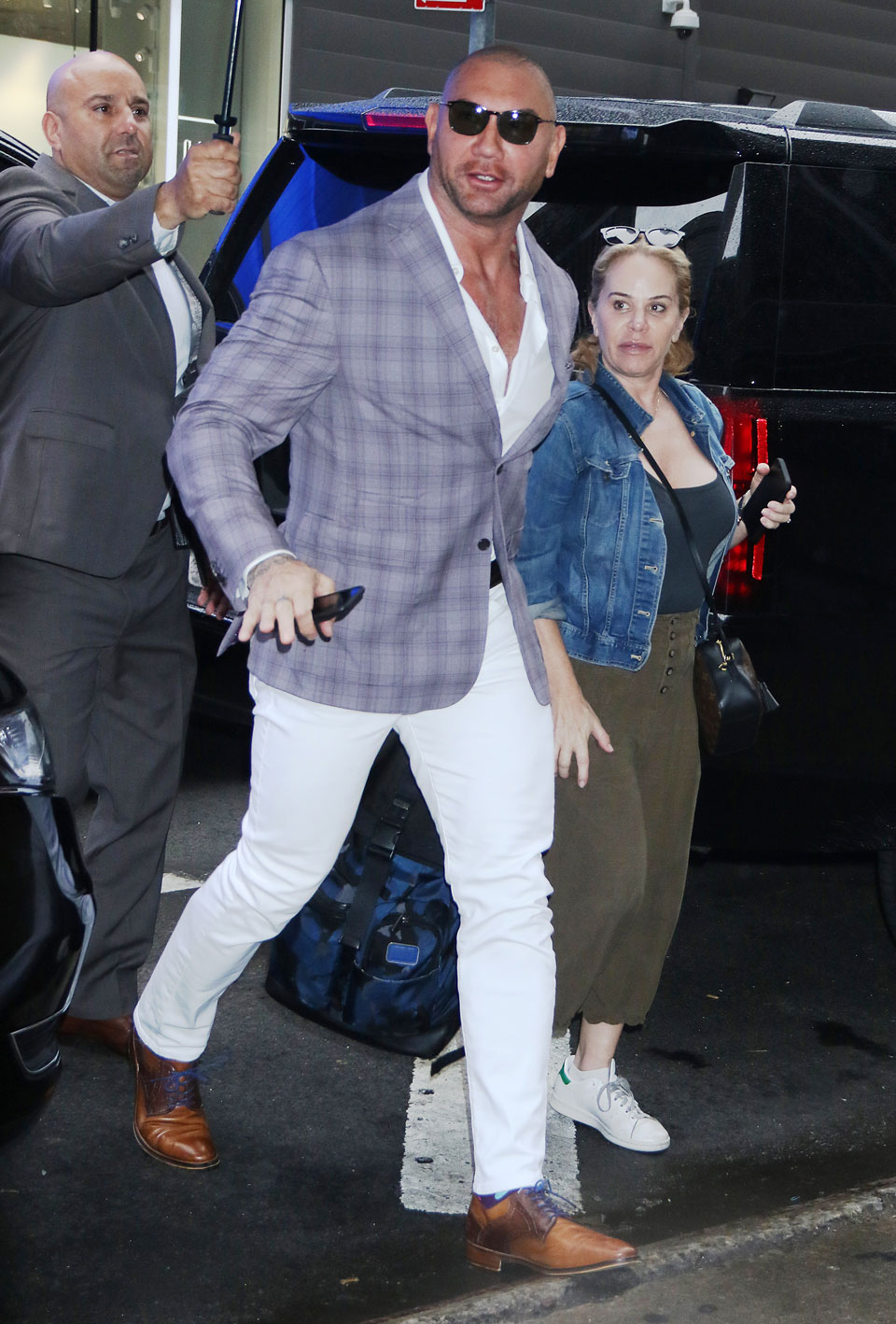 Bautista doubled down on the slick suiting later that day when he switched into a striking blue check blazer paired to white chinos, an unbuttoned white dress shirt, tan lace-ups and sunglasses. Has Dwayne Johnson got anything to worry about? If Bautista keeps this up then most definitely.