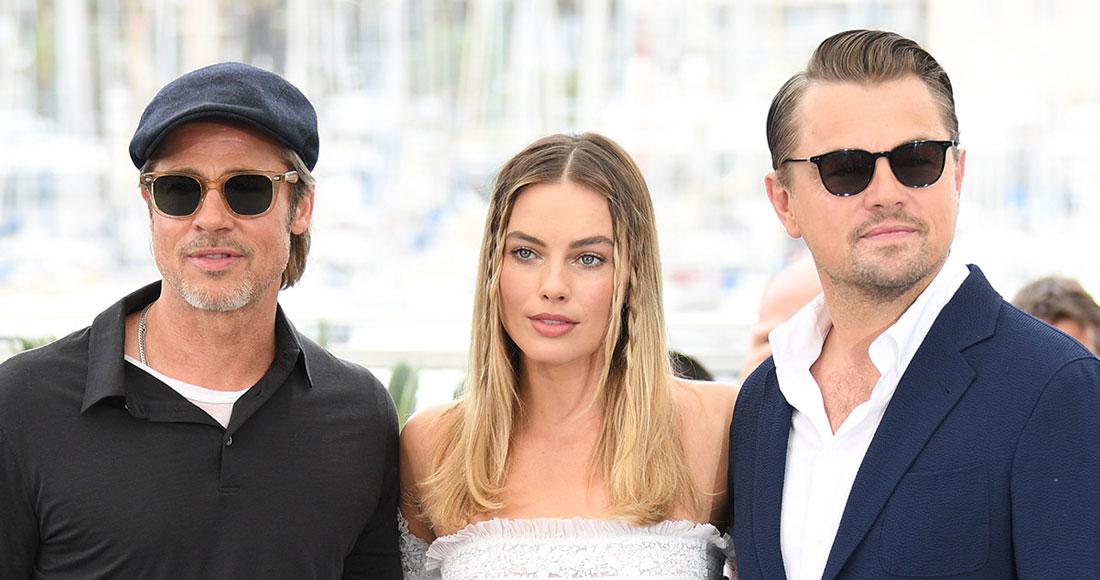 Leonardo DiCaprio has a mystique that sees supermodels look at his dad bod like lionesses look at a wounded gazelle. How has he cultivated this? Assuming you’re talking about enduring relevance, not middle-aged paunch, his Instagram is a good place to start.

For starters: DiCaprio’s Instagram page reads more like a wildlife account than a tribute to his personal life. And in a climate of Gianluca Vacchis and Dan Bilzerians (and — to a lesser extent — Ryan Reynolds and Hugh Jackman) this goes very much against the grain.

This low key Instagram presence has helped DiCaprio maintain a mystique and relevance that has escaped many other actors of his generation.

And guess what? You don’t have to be a superstar to put his principles into practice. Intrigued? Here are some titanic tips every modern man should live (and date) by.

Don’t Centre Your Identity In Your Group Of Friends

An inspiring day in LA. #Regram #RG @moby: An inspiring lunch with two of my favorite environmentalists @leonardodicaprio @janegoodallinst

He is friends with a pantheon of Hollywood actors but Leo is more likely to pose for photos with obscure environmentalists. Or, as The Hollywood Reporter recently put it, Leo is “arguably the only global superstar left in a film industry in which an interchangeable group of actors regularly suit up in spandex or brandish a lightsaber for the latest billion-dollar earner — only to be ignored by audiences outside of franchises.”

“Unlike waning megastars like Will Smith, Jennifer Lawrence and Robert Downey Jr., DiCaprio sits alone atop the Hollywood pantheon without ever having made a comic book movie, family film or pre-branded franchise. Leo is the franchise.”

What does this mean for you? Value your friendships and stay loyal to your friends — but don’t lose your identity in the process. When a potential suitor is browsing your Instagram, for instance, your personal brand should shine, rather than just merging into a background of beer and brunch.

“One of the things I like about Leo is he just doesn’t plug himself into two movies a year,” Tarantino told The Hollywood Reporter in their recent piece, “How Leonardo DiCaprio Became Hollywood’s Last Movie Star.”

“He kind of stands alone today, like Al Pacino or Robert De Niro were in the ’70s, where they weren’t trying to do two movies a year — they could do anything they wanted, and they wanted to do this. So that means this must be pretty good.”

Take the same mindset to your Instagram — cull the crap and keep what represents you. Same goes for where you channel your efforts in real life: if it’s not a “f*ck yes,” then you’ve got to ask yourself: why are you doing it? Put all your effort into the aspects of your life (or job) that really matter and your very own “brand of excellence” will follow.

As “The Renevant” director Alejandro Iñárritu told The Hollywood Reporter of working with DiCaprio, “He is a perfectionist and demands a lot of himself.”

“There was this scene in the river that he is meant to be floating, and there were huge pieces of ice. He never hesitated, and even when you got the take, he asked for another.”

The takeaway for us? Be “relentless when it [is] sometimes not necessary.”

As The Hollywood Reporter observes, “While modern stars scramble to maintain a constant presence and relevance via social media and nonstop work spanning all platforms, DiCaprio as an actor sticks to cinema.” Plus, when he does use social media he discusses things he cares about, rather than promoting himself.

While promoting turtle conservation might not net you 19.1 million followers like DiCaprio, showing you have interests and passions beyond yourself will probably make more of your 20 followers actually want to date you.

Don’t Be Ashamed Of Your Quirks

As The Hollywood Reporter recently… reported, during the filming of “Once Upon A Time” some crewmembers were instructed to avoid making eye contact with DiCaprio because it put him off.

Rather than see your own quirks as glitches to be embarrassed of: embrace them and help the people in your life (i.e. your partner when he/she asks you to actually wash the dishes rather than putting them in to soak) see that you need to follow a ritual to perform at your best.

DiCaprio hardly ever talks on-air (or social media) about his personal life and usually promotes a film only in partnership with the director. Also, as The Sydney Morning Herald wrote this morning, despite his fondness for supermodels and recent graduates generating headlines for days, real information about his private life “has remained impenetrable tabloid fodder since his mid-’90s teen stardom days.”

How does this apply to you? If you want to stick out from the crowd when dating, leave a little mystery about your accounts so that Tinder Bae’s best friend won’t be able to tell him/her so much about you that you have nothing to talk about on the first date.

“I’ve admired the fact that throughout all of this fame, all of this success, he has maintained his friendships, his relationships, his closeness with his parents,” Paramount Chief, Jim Gianopulos told The Hollywood Reporter of DiCaprio. “He is a truly lovely human being. Hollywood can change people, and it really hasn’t changed Leo.”

Although this should go without saying: it’s something we would all do well to be reminded of.