That’s one small step for man, one giant leap for watchmaking. 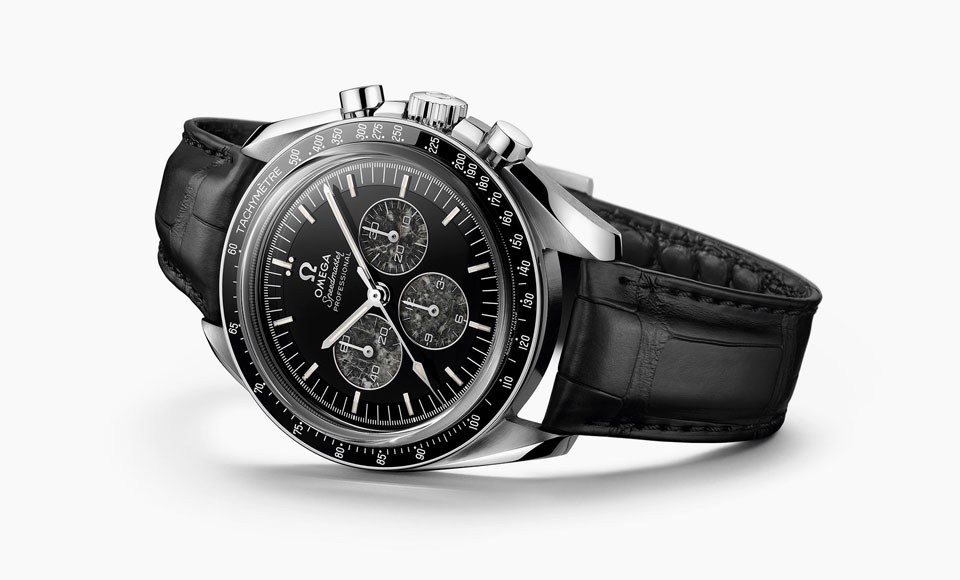 50 years ago man first landed on the moon. To coincide with this milestone in space exploration OMEGA, the first watch to ever reach the moon on the wrists of Neil Armstrong and Buzz Aldrin, have released a brand new Speedmaster Moonwatch – and it’s a true stunner.

Set in a 42 mm brushed and polished case crafted from a special platinum alloy with the use of gold, the new Speedmaster Moonwatch employs the original Calibre 321 movement used in the very first OMEGA Speedmaster back in 1957. It’s a serious throwback but completely warranted given the movement was used in a variety of space-bound models including the Speedmaster ST 105.003 (the model tested and qualified by NASA and worn by astronaut Ed White during the first American spacewalk) and the Speedmaster ST 105.012 (the first watch worn on the moon on the 21st of July, 1969).

After extensive research and reconstruction in a dedicated workshop, the Calibre 321 has now been reborn in-line with its original specifications, albeit in a striking new case and dial design. The step dial is formed from onyx, with a deep black colour that works in perfect harmony with the other materials, including 18K white gold for the indexes and hands. Further exploring reveals the three meteorite subdials which is a tribute to the Speedmaster’s illustrious lunar history. These subdials are made from real slices of moon meteorite, providing a genuine link to the Calibre 321, which has powered every Speedmaster ever worn on the moon.

The whole watch wouldn’t be complete without a sapphire-crystal caseback to view the reconstructed calibre in all its glory. Finishing off the watch is a classic black leather strap with a platinum buckle. 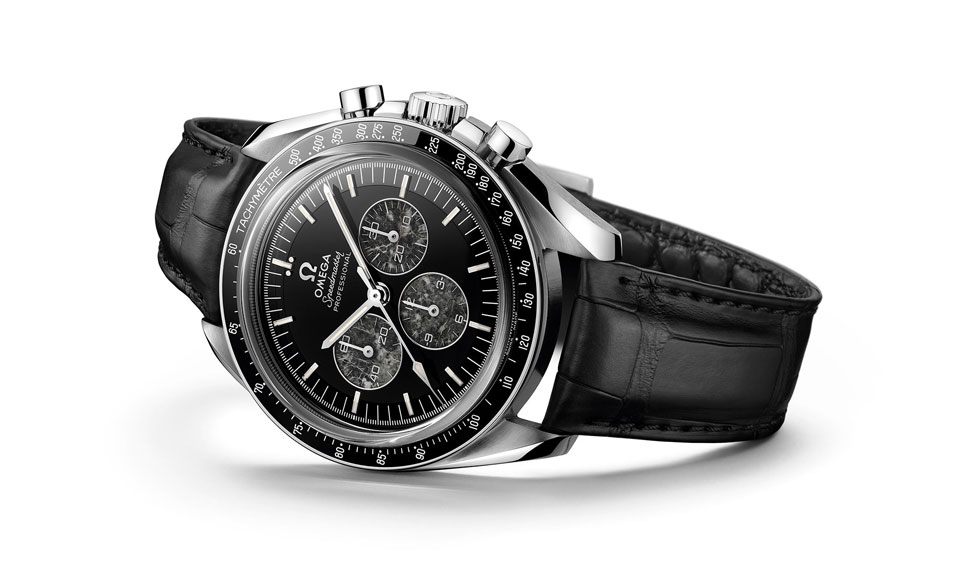 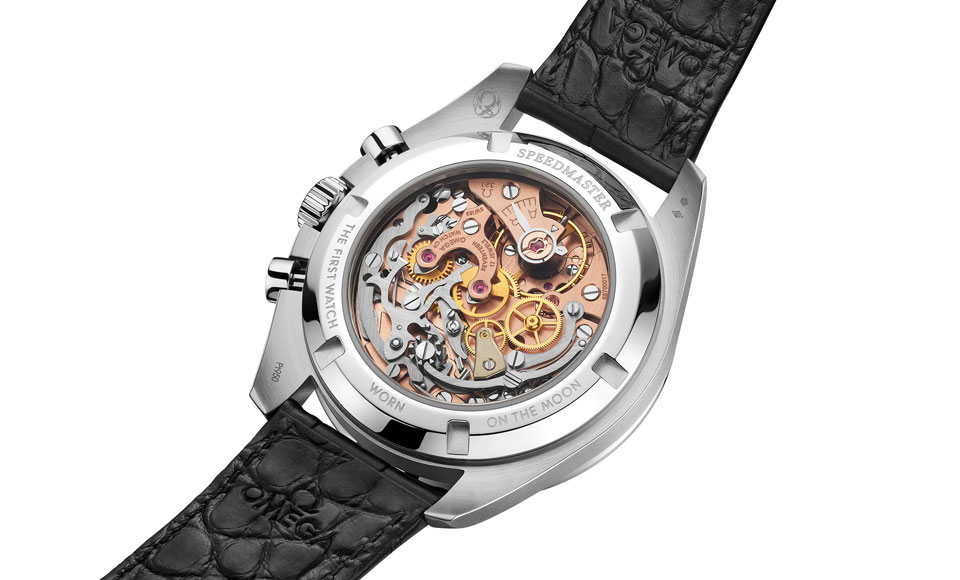 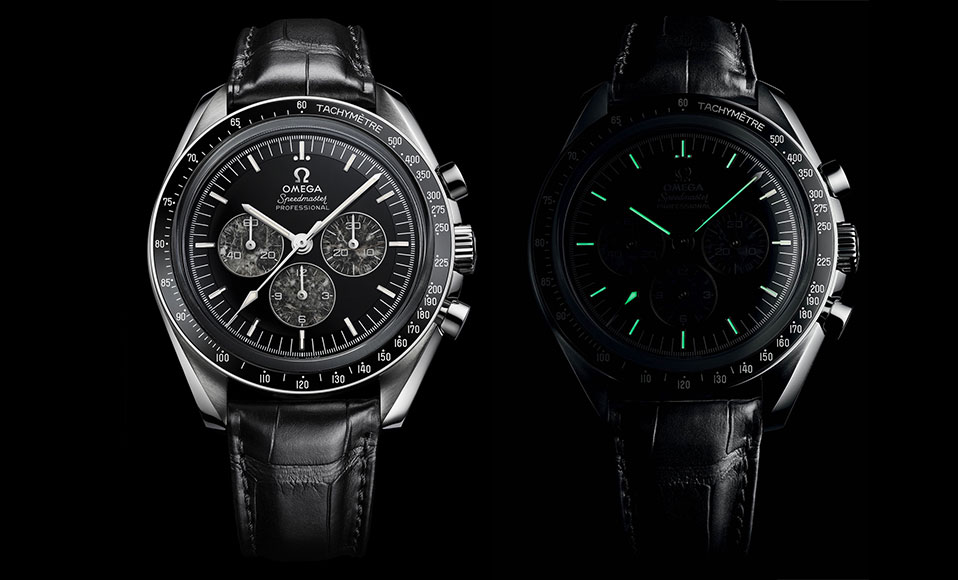