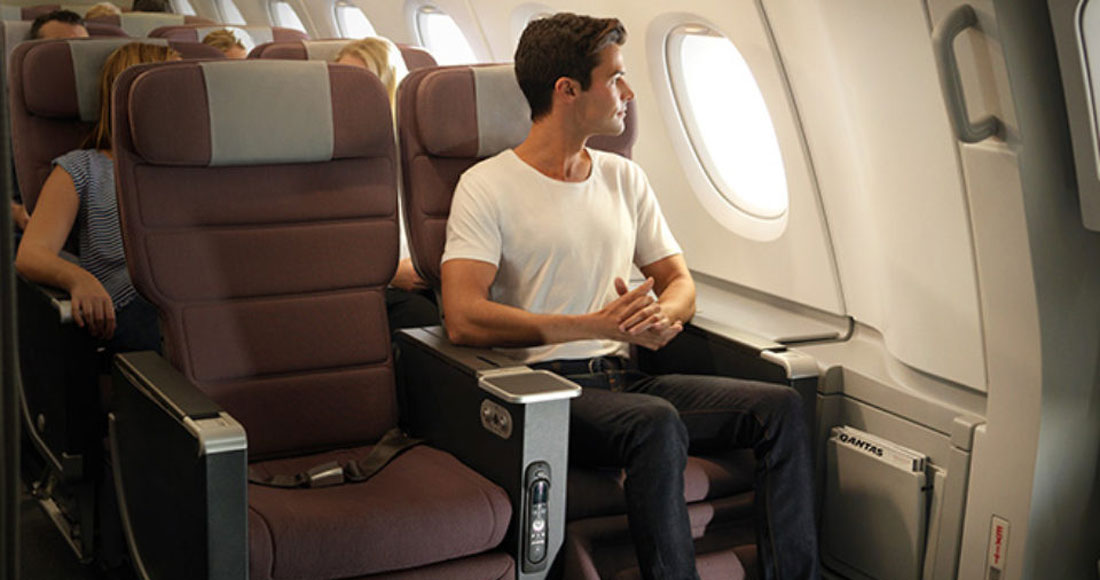 It’s not over-indulging in edamame eggplant relish when you should have been preparing for a meeting.

Nor is it having your ‘charm radar’ ruined by the friendly flight attendants, realising kids cry in business class too, or HBO-cheating on your partner.

No, the worst thing that can happen to you when flying business is arriving at the check-in desk, only to be told, “I’m sorry sir, but due to an unscheduled aircraft change, we have had to downgrade you to economy.”

Because – let’s face it – despite the pretentious menus, heightened expectations and the passengers who turn the pages of The Financial Review as if each article had insulted them more personally than the last, business class still beats economy.

However, as has been the topic of hushed discussion on frequent flyer forums, Tripadvisor and Reddit for some years now, business class downgrades are a real phenomenon which – due to their rarity – few travellers know how to deal with.

“Why did I get downgraded to business class?” may be the most depressing thing you’ve asked Google since a Buzzfeed quiz told you to break up with your partner, but it may also save you a lot of money and heartache.

Am I entitled to compensation? Why did it happen to me? How often does it happen? Where do I go from here? These are all valid questions that we are now going to answer.

Generally speaking, airlines don’t overbook business or first class. So if you’ve been booted from business, your flight route has likely been reassigned a jet with a smaller Pointy End capacity (due to weather, or some other unplanned contingency).

Because the secret to seamless air-control (or preventing meteorological interruptions) has yet to be discovered by any airline – high end or not – this means that no matter who you book with – Qantas, Emirates, Singapore Airlines, Etihad or British Airways, to name a few – it’s always possible you could be downgraded.

How does the airline decide who to downgrade?

In this scenario, there are two “next steps” that might occur. Either economy will be full too, in which case your airline may ask you to travel on a later flight, with a cash incentive. Or, if there are still seats in cattle-class (in either economy or premium economy), as Traveller reports, “a manager decides who gets dumped, and most airlines apply a couple of crude measures.”

What do these measures involve? According to industry experts, first candidates for a downgrade are those who paid for their seat using reward points (because the airline is legally obliged to give those who parted with cash.. cold hard cash).

Next on the chopping block are those who paid with cash, but who aren’t high tier loyalty members, and so on and so forth until the right number of people is achieved.

RELATED: How To Travel In Economy & Make It Feel Like First Class

What are my rights after a business class downgrade?

If you’re in the EU, where regulations protect passengers from downgrades and flight cancellations better than anywhere in the world, you are entitled to between 30 and 75 per cent of the ticket price depending on flight length.

Unfortunately, in the rest of the world, this law does not exist, which means the quality of the airline you picked comes into play – most airlines will refund the difference between your business class ticket and the economy (or premium economy) class seat you ended up in (and the high-end ones might go further). But there are no guarantees.

Oh and – as always – there’s a catch because, if you’re downgraded from business to economy the refund will likely be the difference between the business class fare and the fully flexible (i.e. the most expensive) economy fare.

In other words: you go from lie-flat to livid.

Is it possible to avoid a business class downgrade?

In a word: no. However, loyalty to a particular airline will reduce your chances, if you are really worried about this distant possibility (not to mention all the other benefits that come with joining a frequent flyer program).