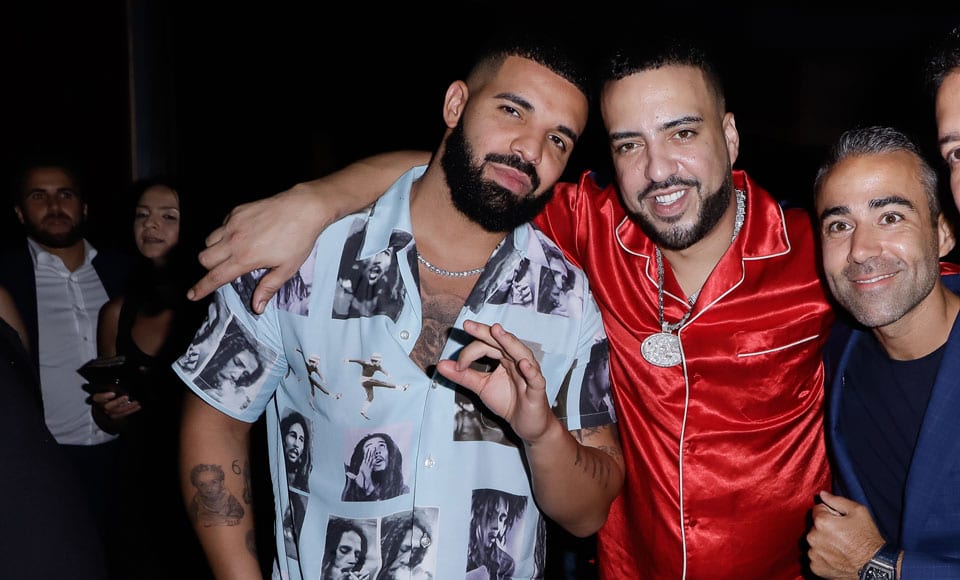 Well that’s awkward. When you’re Drake though you can pretty much dress as you like without needing to abide by many dress codes.

Case in point, Drake’s latest sighting at the Hublot Collectors Dinner in Miami. The Canadian rapper was spotted amongst good company on the night with colleagues like French Montana rocking Hublot gear as you’d expect.

Drake instead opted for his insane diamond studded Nautilus 5719/10G with 1,343 diamonds encrusted on the watch’s unmistakable face and bracelet. The price? Not officially listed on Patek’s site but on other retail sites it’s priced at anywhere between US$350,000 – US$430,000.

Drake paired the extravagant timepiece with a simple baby blue Bob Marley print shirt which featured photos of the music legend all over. His pants were nothing to write home about which consisted of simple black jeans and suede black boots. All in all it was a simple outfit which works fine for any summer party in Miami, one would assume. $400,000 watch not included. 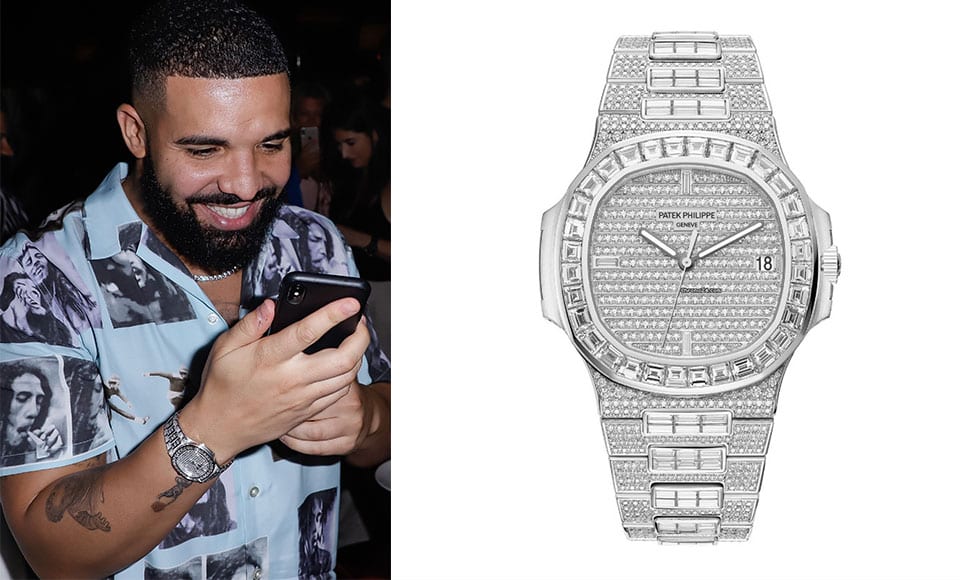 Here’s a closer look at the Patek Philippe Nautilus on Drake’s wrist. Besides the 1,343 diamonds, the watch features a 40mm white gold case alongside a date function. Just another day in the life of Drake. Good luck trying to pull this one off with your next summer dinner party outfit.